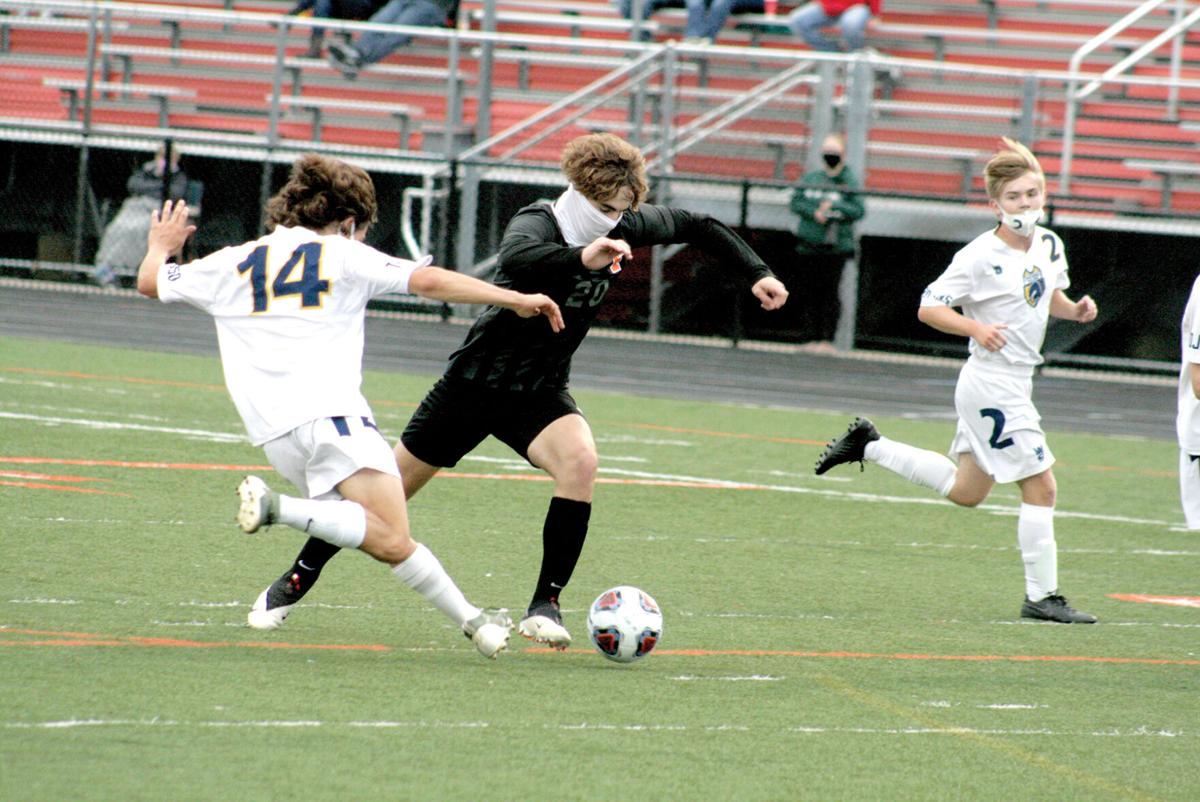 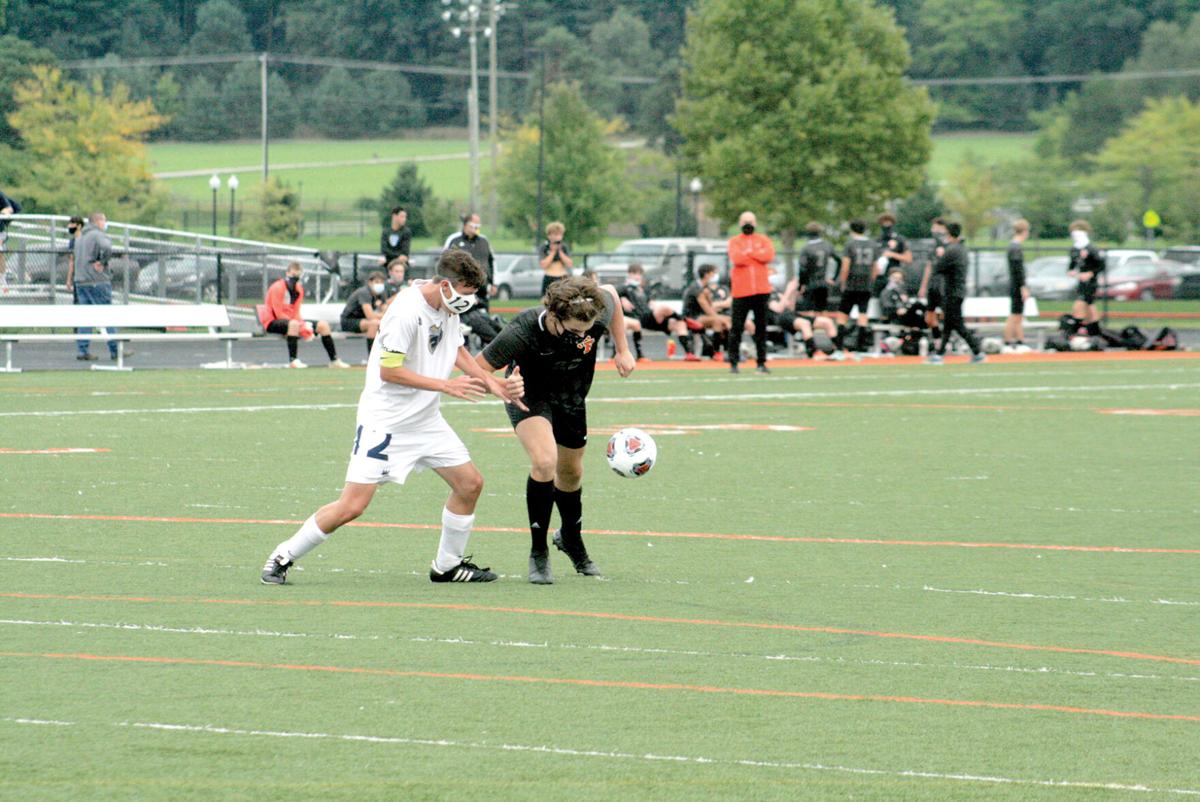 Fenton’s Zander Fulton (right) scored a goal in the Tigers’ 7-0 victory against Owosso.

Fenton’s Zander Fulton (right) scored a goal in the Tigers’ 7-0 victory against Owosso.

But just like so many other fall sports teams, the journey to a first game took much longer than hoped due to the COVID-19 pandemic and the state guidelines preventing play.

First, a game against area rival Linden was canceled, and following that was the cancellation of a few other games. But, on Wednesday, the wait was finally over. The Fenton Tigers were able to begin their season with a home game against Owosso.

And while playing the first game took nearly a month, it didn’t take senior Desmond Coughlin long to give the Tigers their first lead of the season. It took just 34 seconds. Coughlin gave the Tigers an early 1-0 lead and Fenton never lost control of the contest earning a 7-0 win at home in their first Flint Metro League game of the season.

“It was pretty tough because we thought the games were going to start but then we had to wait,” Coughlin said. “We were having fun practicing but we are really glad that the season is starting.

“It feels great now because we have been working so hard. And coming off such a good season last year we just want to get out here and play as good as we can and have a good time with our brothership.”

The Tigers struck quickly. A pass from Ashton McKellar set up a nice shot to the far-side corner by Coughlin for the first goal of the season.

“It does feel pretty exciting and exhilarating,” Coughlin said about the goal. “We are just ready to get the season going.”

The score remained 1-0 until Andrew Hutchins dished a pass to Calvin Curtis. Curtis dribbled up the field for about five yards before taking the shot and scoring, making it a 2-0 lead. Before the half was

The Tigers continued to dominate in the second half, flirting with the eight-goal mercy rule. McKellar scored two second-half goals and Curtis scored another goal in the second half, however, the Tigers were unable to get the eighth goal that would’ve called the game early. Still, a 7-0 victory was pretty impressive.

“I like most that we were out here having fun and playing good soccer for our first game,” Coughlin said. “We had great brothership out there today.”

The Tigers have a good nucleus of players returning from last year’s team that not only shared the Metro League title with Linden and Good-rich, but also advanced to the D2 state semifinals before falling in an overtime game. This season, the Tigers will be competing at the Division I level in the state tournament.

“We are just trying to go as far as we can, play as long together as we can as a team and stay together,” Coughlin said. “We are in D1 in districts this year so it’s going to be tougher. We are just going to have to play tougher.”

The game was played with every participant wearing a mask due to the pandemic.