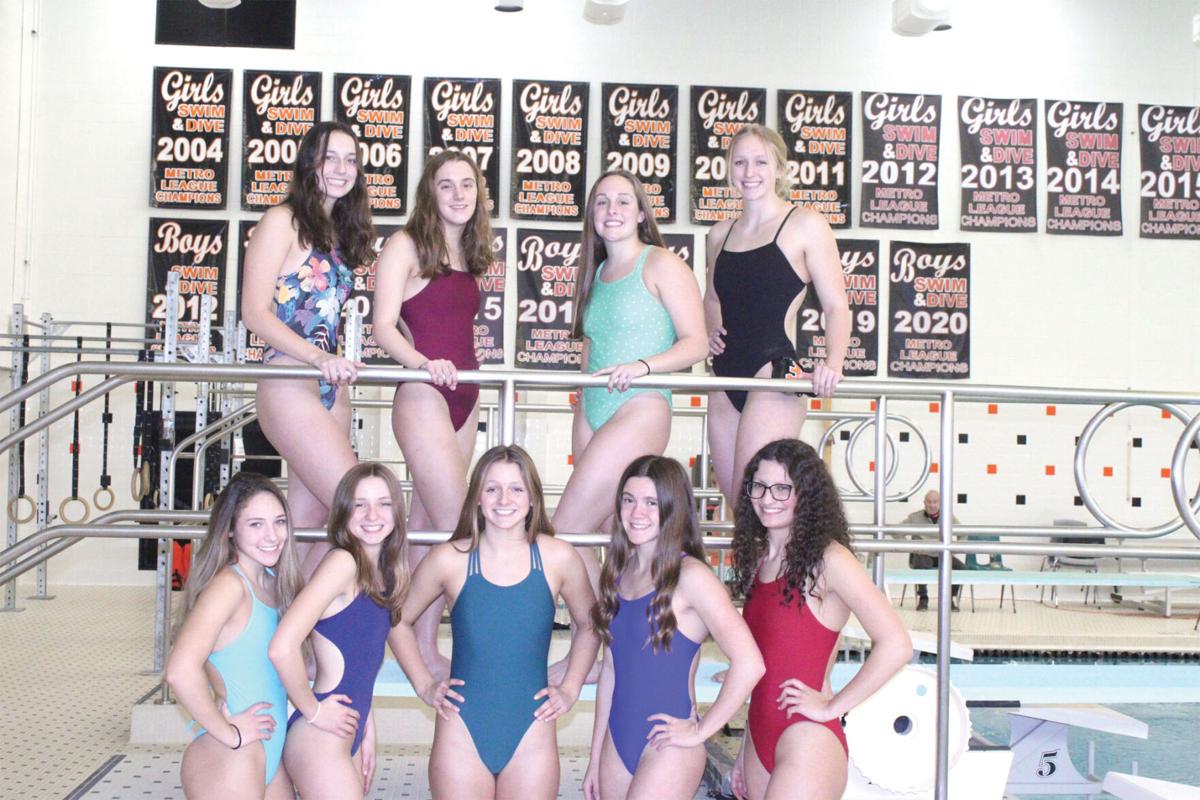 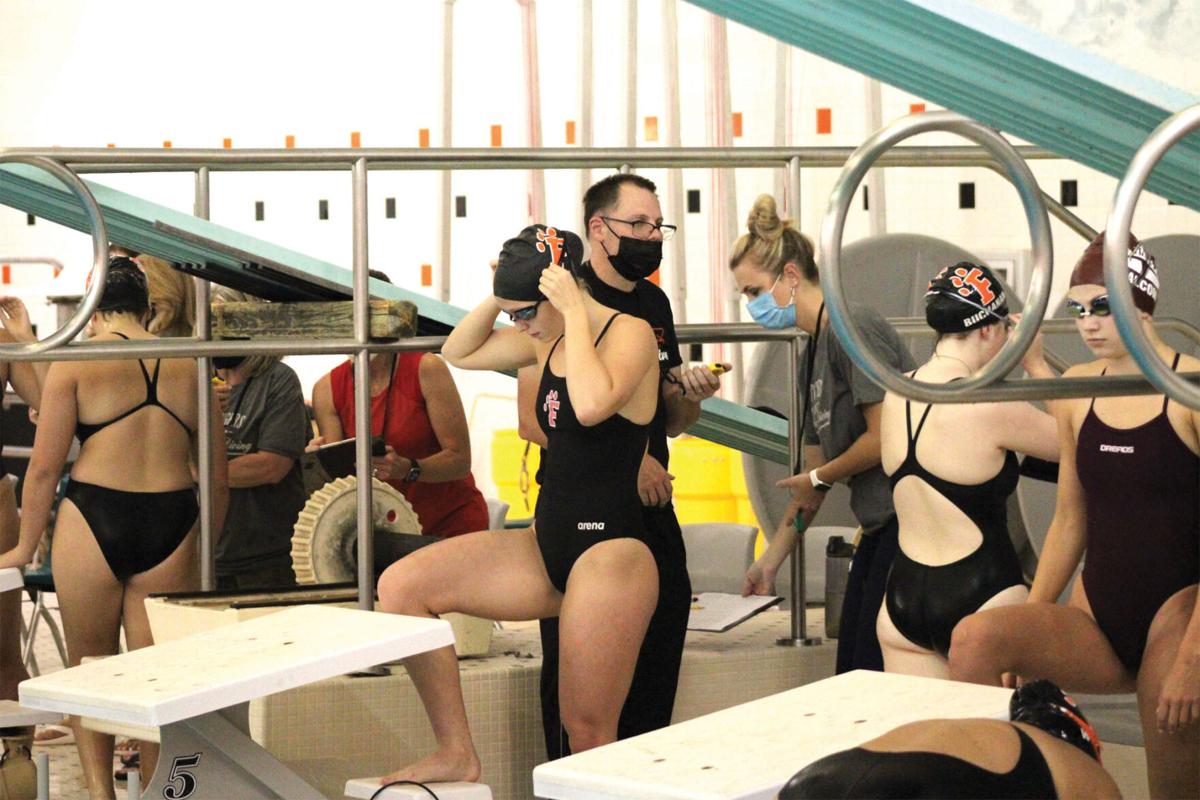 Fenton’s Gracie Olsen will be competing for her fifth and sixth individual event state titles at the D2 state meet Friday and Saturday.

Fenton’s Gracie Olsen will be competing for her fifth and sixth individual event state titles at the D2 state meet Friday and Saturday.

When the Division 2 State Swimming and Diving Championships begin Friday at Oakland University, the Fenton varsity girls swim squad will be looking to make a little history.

Tess Heavner will be looking to make some history. She will be among the challengers in the 100 breaststroke event as the freshman makes her debut at a state meet.

Finally, the Tigers hope a couple of relays can possibly earn the school’s first-ever relay event state championship. The Tigers have never placed higher than third at a state meet in a relay event, most recently doing it last season in the 400 freestyle relay.

“It’s exciting,” senior Rose Haney said. “For me, personally, it’s my first (state meet) I will get to compete as an individual other than just on a relay. It’s exciting because everyone is doing well, and I think it will go very well.”

“It’s exciting being a part of a class that has a great opportunity to leave our mark at the state meet,” fellow senior Halee Alexander said. “It’s always good to climb higher than where we were last year and that’s exactly what we’ve done. Our places have gone higher during the past few years and I’m hopeful that will happen again.”

“It’s so exciting,” Olsen said when asked about the team’s potential at the state meet. “Our relays are going to do awesome. I can’t wait to be a part of that. We are going to score some big points this year and it’s going to be exciting to watch.

“Our medley or our 400 freestyle relay has a chance of winning. It would mean so much more than an individual (event state championship) because that means I’m doing it with the girls I love. It’s just a team effort. All those emotions come together and all of our individual accomplishments become just one. It’s awesome.”

Olsen has more than a state meet and a few state titles on her mind. It’s already an easy argument to consider her the greatest athlete in school history because of her four individual event state championships (she’s also been a state runner-up twice), but earning two more would pretty much seal her place in Fenton High School athletic history as the greatest athlete the school has ever experienced. Such conversations with Olsen have to be coaxed out of her, but she does admit she thinks about her legacy — at least a little.

“It’s kind of crazy to me,” Olsen said. “This year I want to win both of my events. I’ve done that in the past and it’s an amazing feeling, so I want to do it again before I go to college.

“It’s a lot of disbelief when I think about it. It’s like I can’t really believe I’ve done these things. And there are so many outside factors that if I didn’t have them, any of this wouldn’t have been possible. Just like this team in general. If it was any other team, I don’t think I could’ve done it.”

The Tigers will have five athletes competing in individual events and eight at the meet. Olsen will compete in the 200 individual medley and the 100 butterfly. She will have company in the 200 individual medley as Heavner and Haney will be in that event as well. Heavner is expected to place highly in that event as well, and could possibly be Olsen’s biggest competition in the event. Heavner will compete in the 100 breaststroke, where she is a state contender as well.

Is there pressure with the newfound expectations for this season?

“It’s definitely exciting. It’s fun to be closer to the top,” Haney said. “There’s no pressure because we’ve worked hard and we know what we can do.”

“I just can’t wait to watch my teammates, some of which I have swam with for 10 years, accomplish their goals,” Alexander said. “That’s the most fun part of the state meet — watching and experiencing all of those experiences with teammates with people like Rose and Grace who I have been with since I was 8. It’s been a long time coming. It will be fun to watch them achieve what they have come for.”