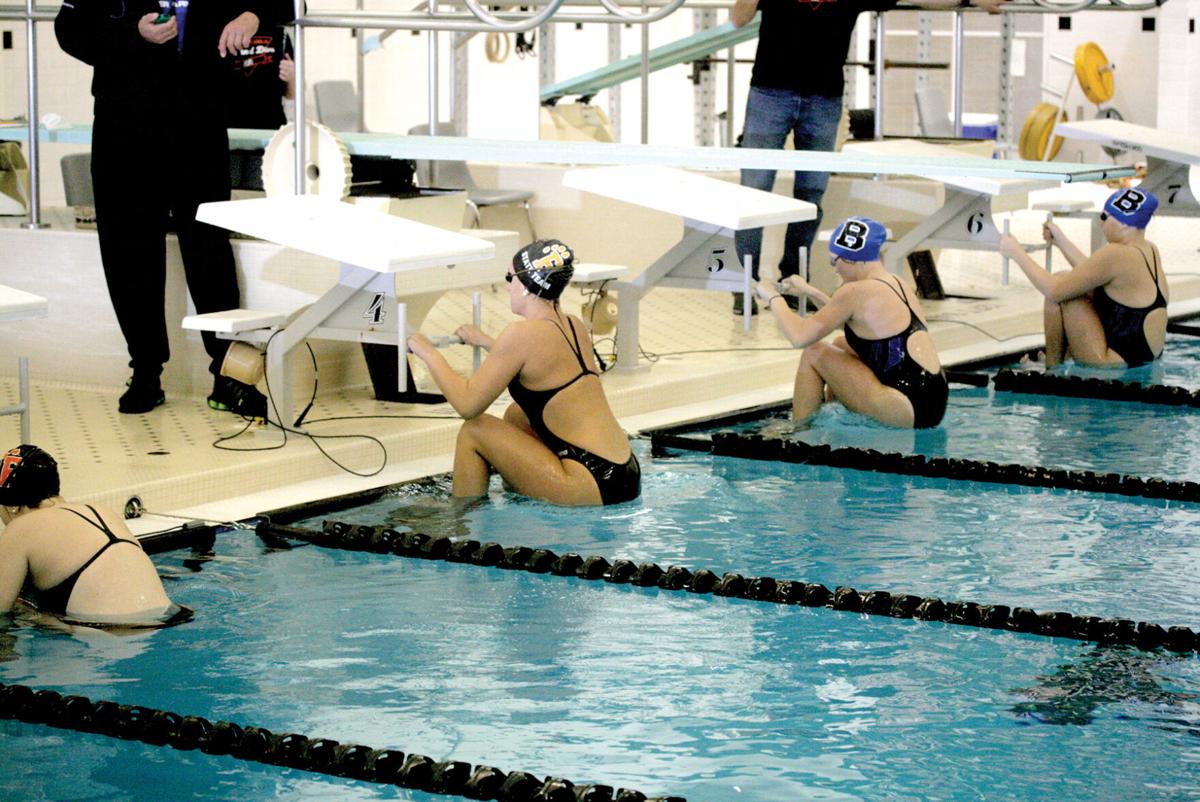 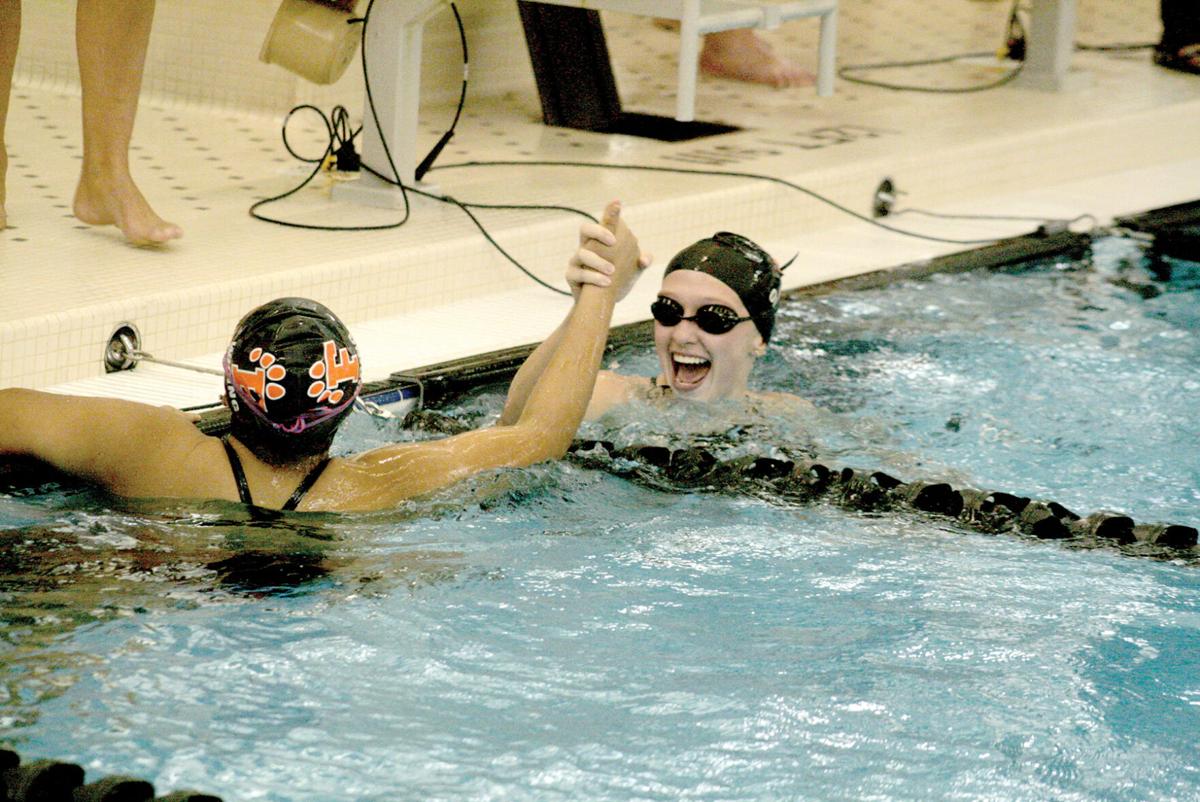 Fenton — Two of the top 10 teams in the state competed in a dual meet on Saturday, and with it came some strong times and performances.

The Fenton Tigers, ranked 10th in Division 2, took on the eight-ranked Dexter squad and Dexter left with a 117-69 victory.

There was no race with more anticipation than the 100 backstroke. In it, Dexter’s defending 100-yard D2 state champion backstroker Charlotte Schultz competed against Fenton’s Gracie Olsen. Olsen won two individual state championships a year ago herself, taking the top spot in the 200-yard freestyle and in the 100-yard butterfly. Taking Schultz on in her own championship event, Olsen took an admirable second with a time of 1:01.25. Schultz won with a time of 1:00.53. Schultz won the event with a time of 56.42 seconds last year. Olsen loved competing against Schultz.

“It was awesome. ...I talked to Charlotte after the race and she said congrats. She’s super sweet,

Olsen said. “It definitely is (different mentally competing against a state championship caliber swimmer) and it’s a good thing. I like racing.”

The Tigers had three individual seconds with one of them being Gracie’s in the backstroke. The other two were provided by Dolliver in the 500 freestyle (5:34.32) and Sophie Stefanac in the 100 freestyle (58.39).