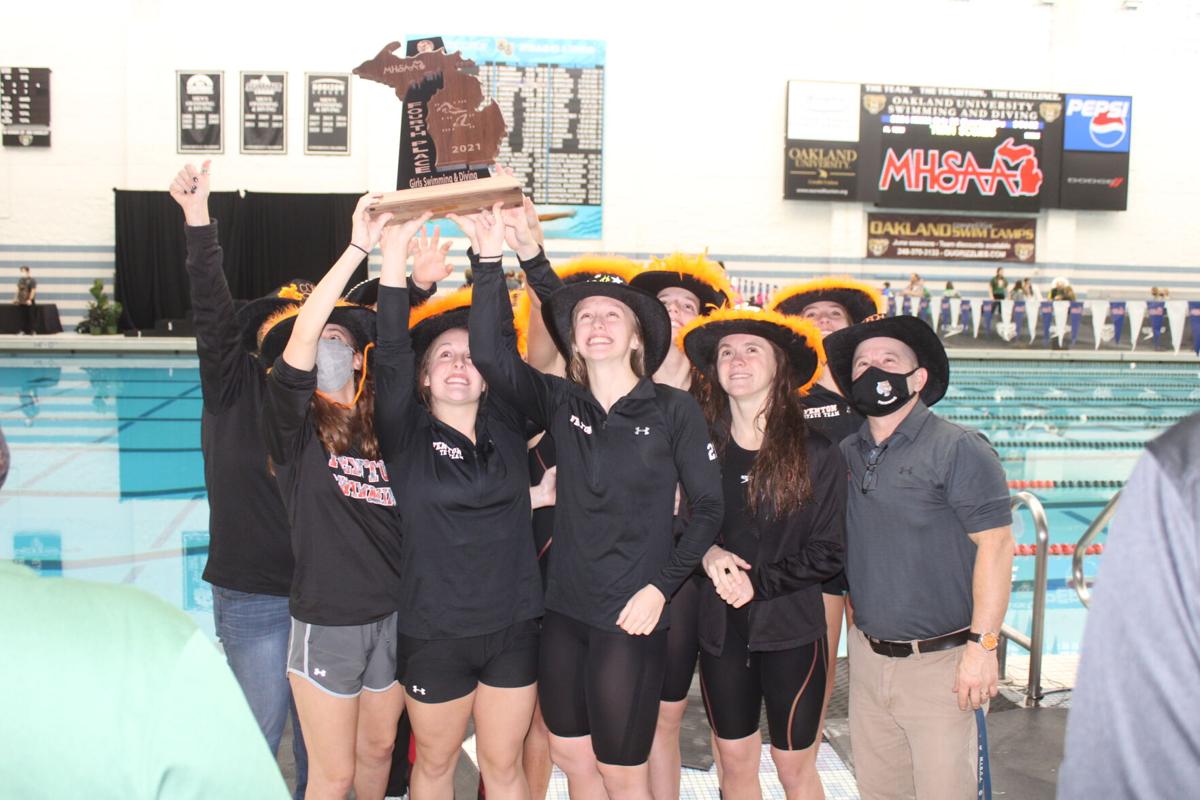 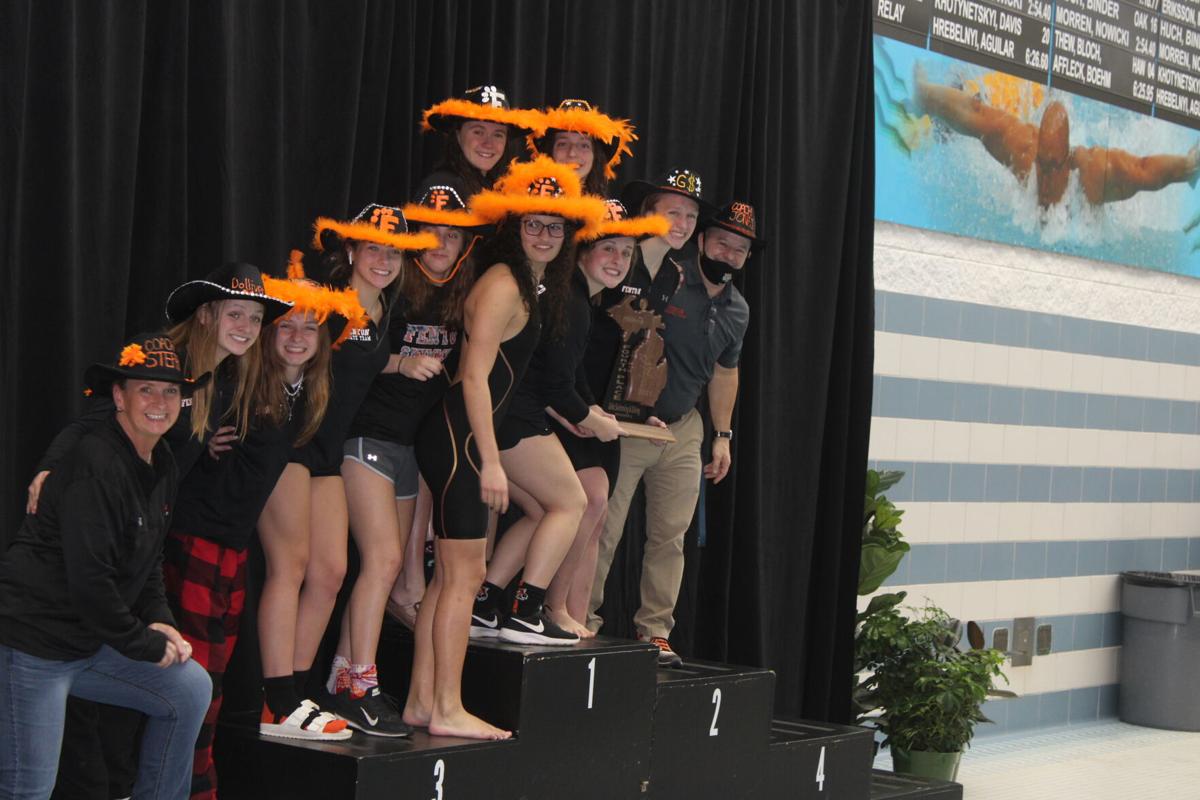 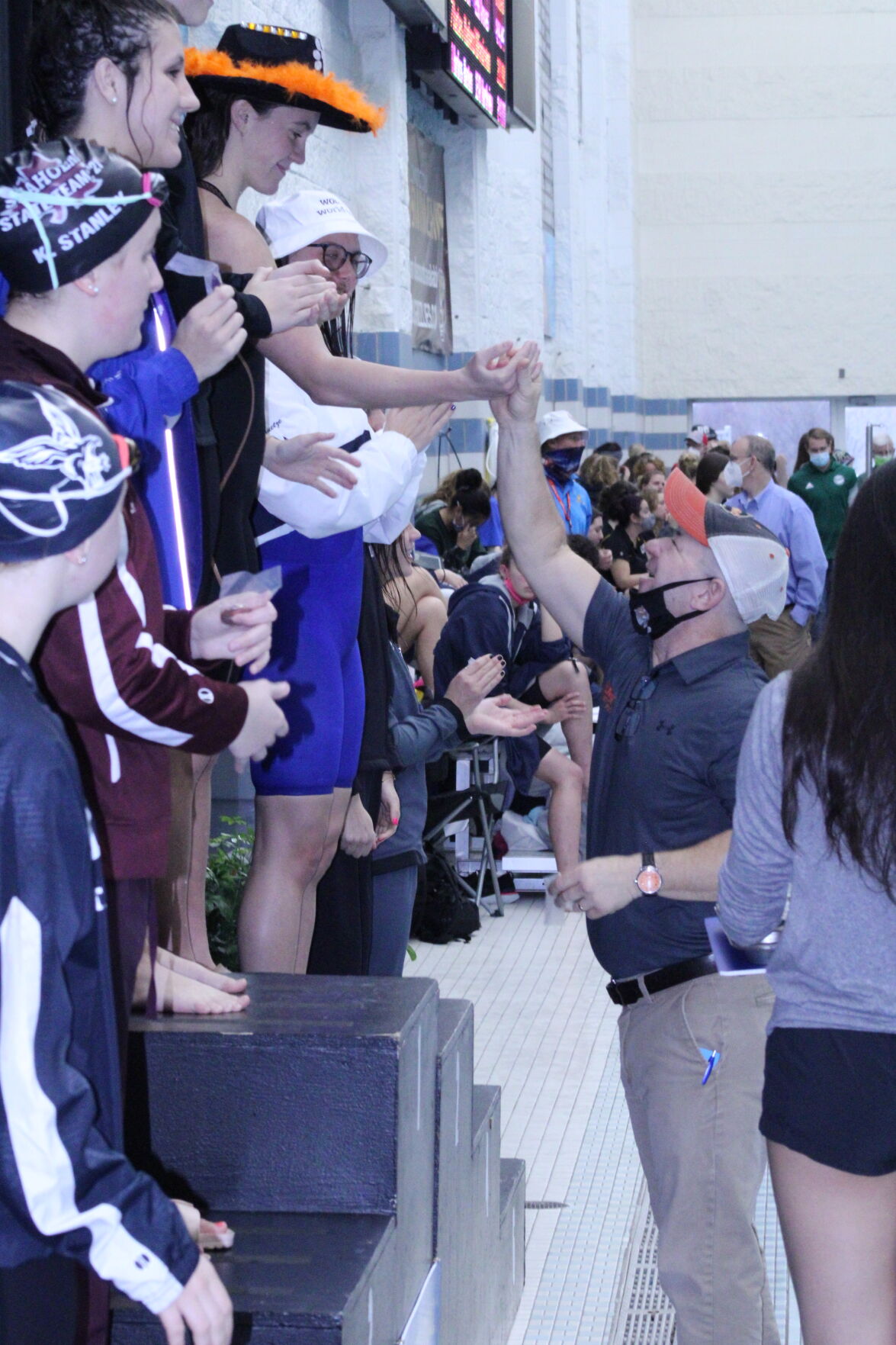 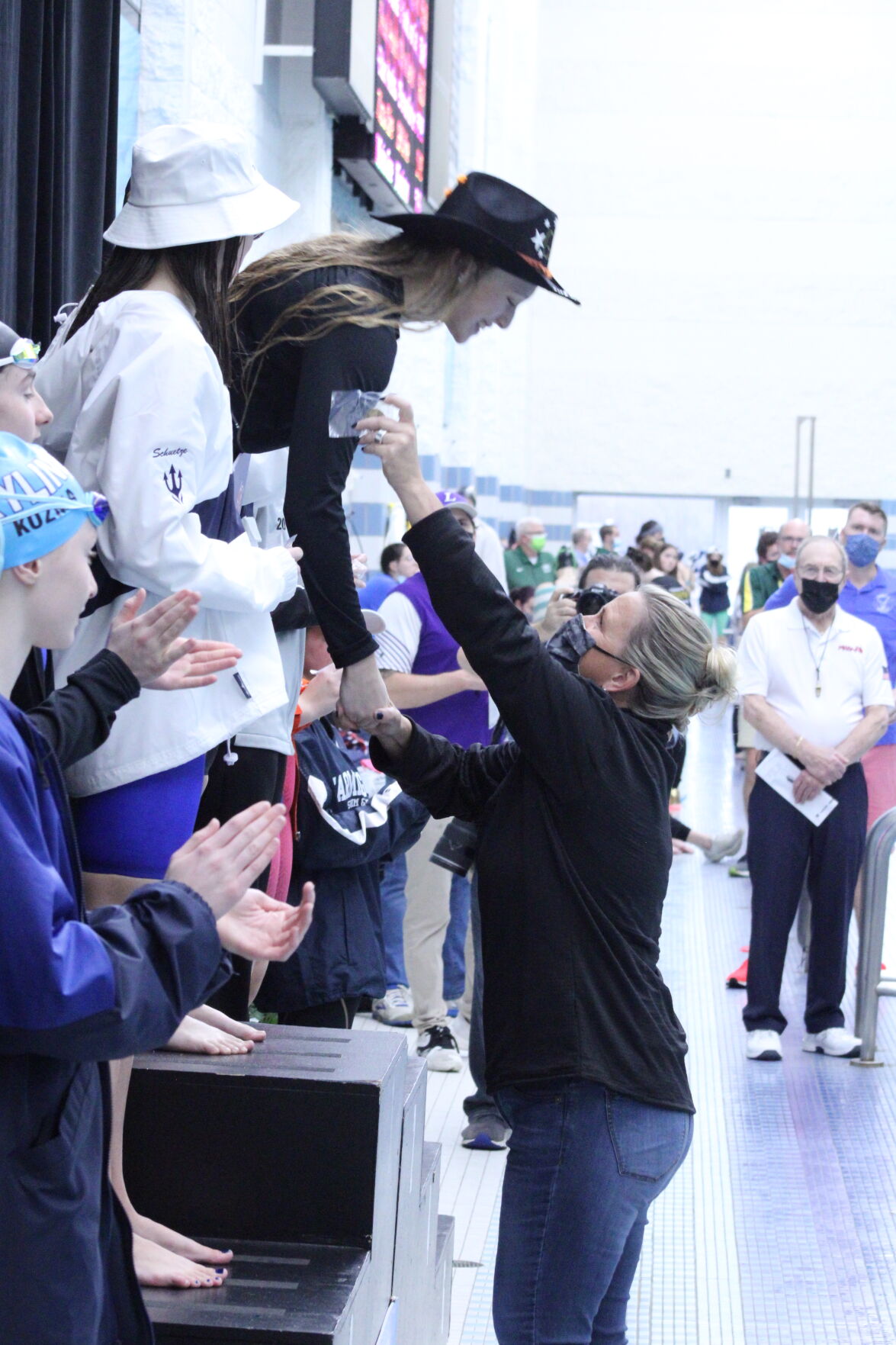 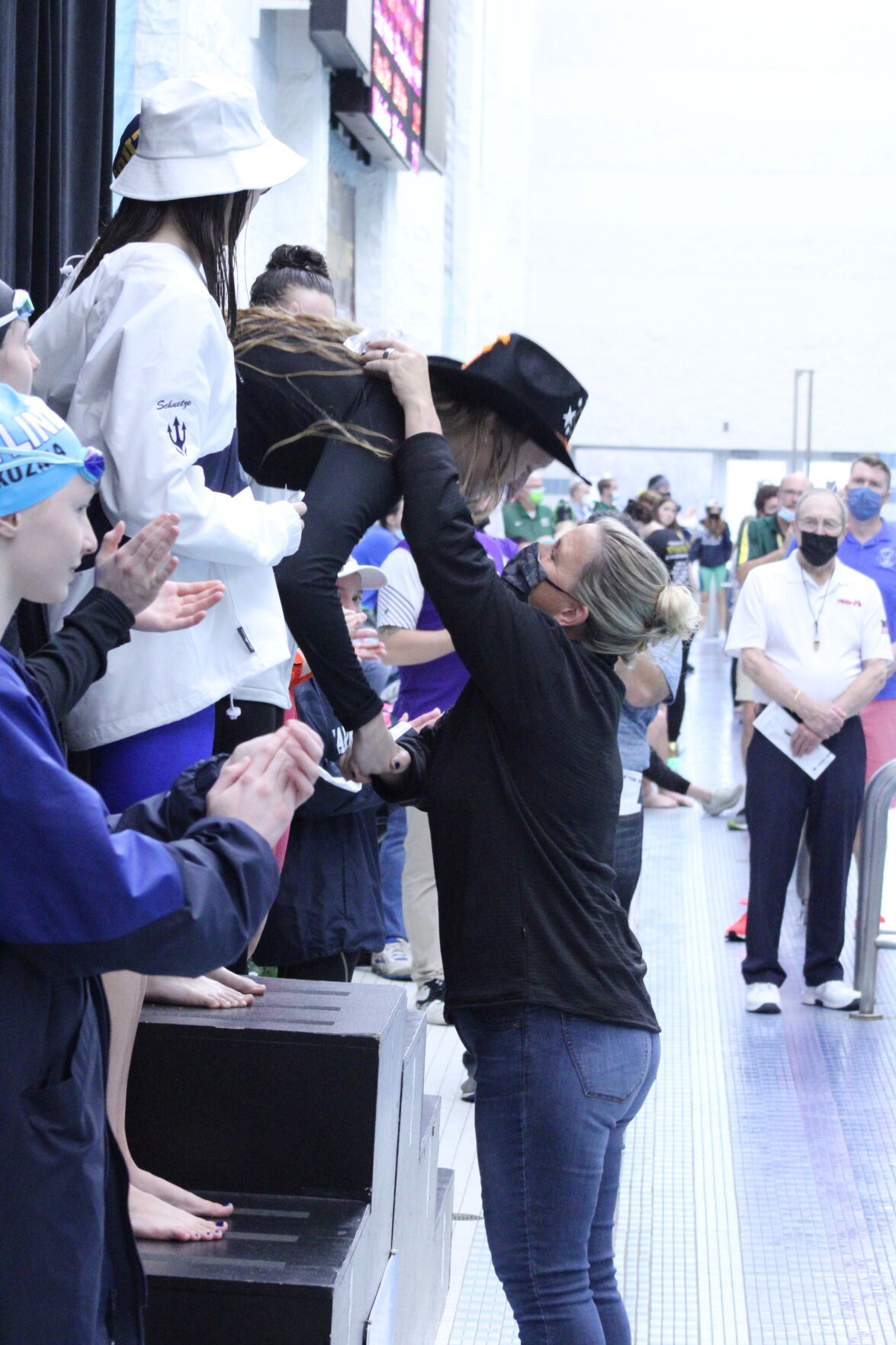 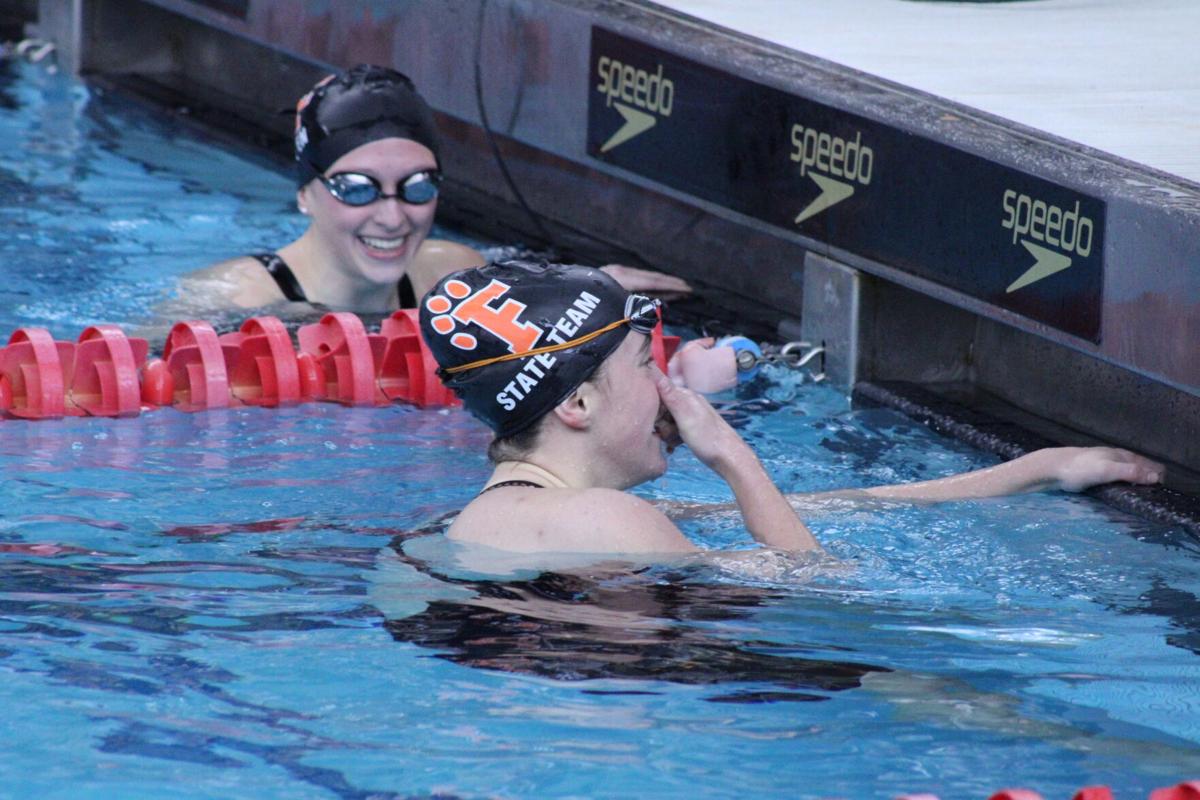 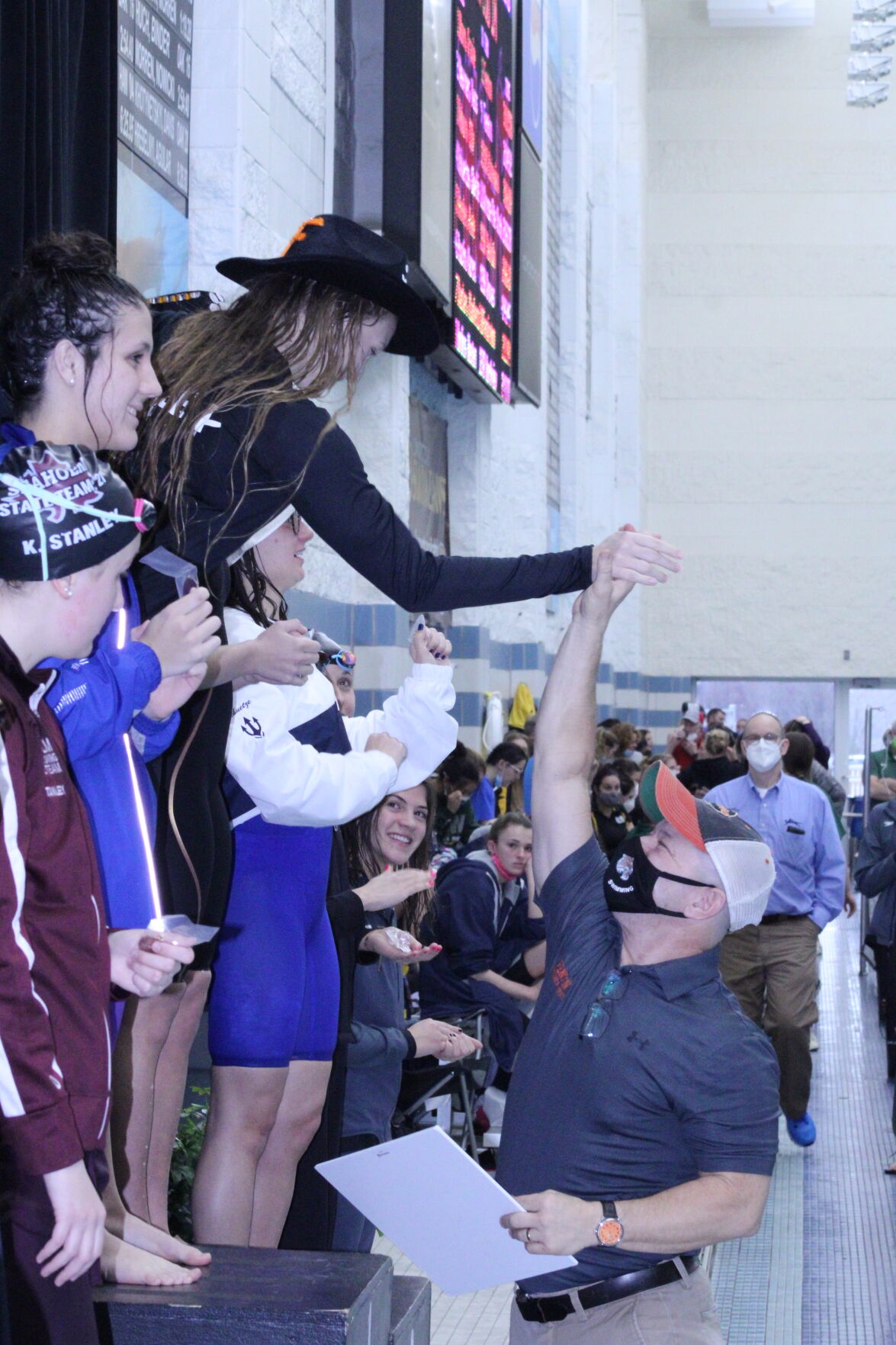 Rochester – It was a historical day in many ways for the Fenton varsity girls swimming and diving team at the Division 2 state meet Saturday at Oakland University.

Senior Gracie Olsen won two individual state championships, freshman Tess Heavner finished second behind Olsen in one of those events and the Tigers earned a third-place finish when they absolutely needed it (in the final race) to earn Division 2 team state hardware for the first time in school history.

The Tigers placed third in the final event of the night – the 400 freestyle relay – earning the squad the fourth-place team finish, the last position that earns a trophy at the state meet. Meanwhile, Olsen completed her varsity career by earning her fifth and sixth individual event state championships. One came in the 200 individual medley with a time of 2:01.58, just .07 second off the automatic All-American time cut. Her closest competition? Why, it was her freshman teammate Heavner, who was the runner up with a time of 2:04.92.

Later, Olsen captured her third 100 butterfly event championship title of her career, earning automatic All-American honors with a time of 54.19 seconds, more than a second drop off of her preliminary time of 55.40 seconds.

Finally, there were the two third-place relays which were pivotal to the team’s final placing. The 200 medley relay team of Stefanac, Heavner, Olsen and Sana Saab opened the meet with a third-place finish (1:46.38) and the same four athletes ended the meet in the 400 freestyle relay in the order of Stefanac, Heavner, Saab and Olsen and took a pivotal third (3:33.91). Fenton had to beat the team from Birmingham Groves in the final relay to earn the fourth-place finish. Groves finished in fourth place, about three seconds behind the Tigers (3:36.65).

There will be plenty more information about this meet and plenty more photos in the midweek edition of the Tri-County Times.