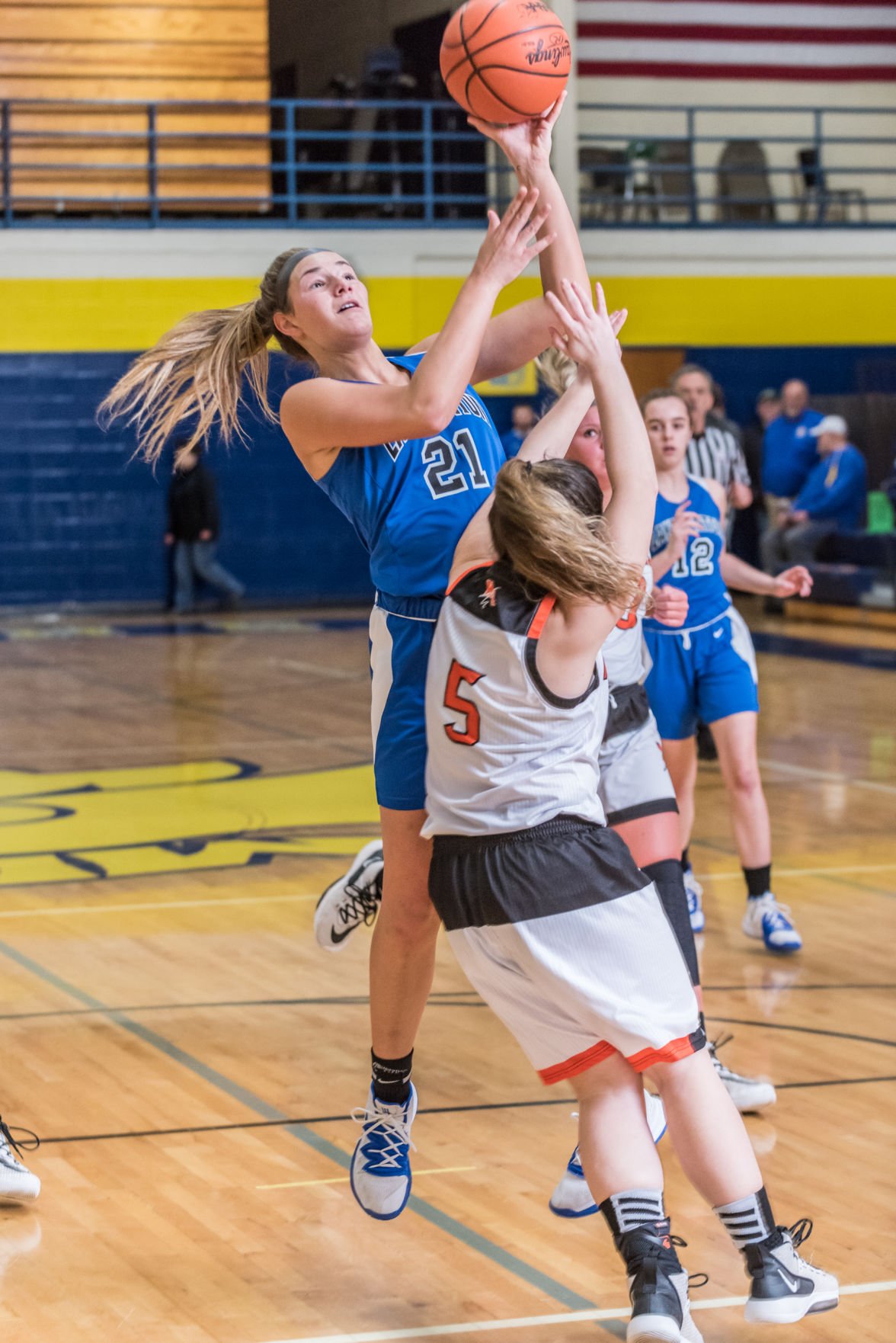 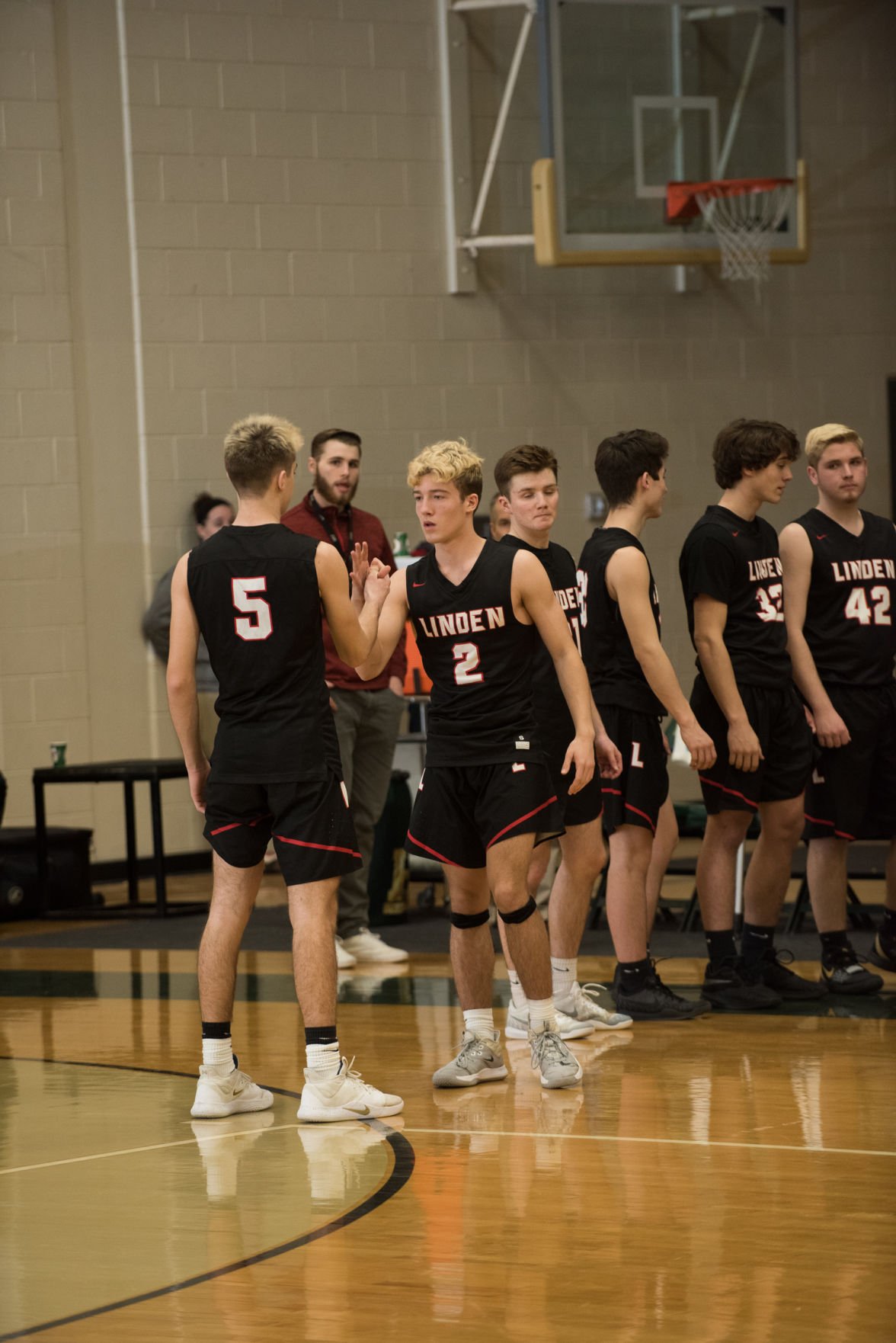 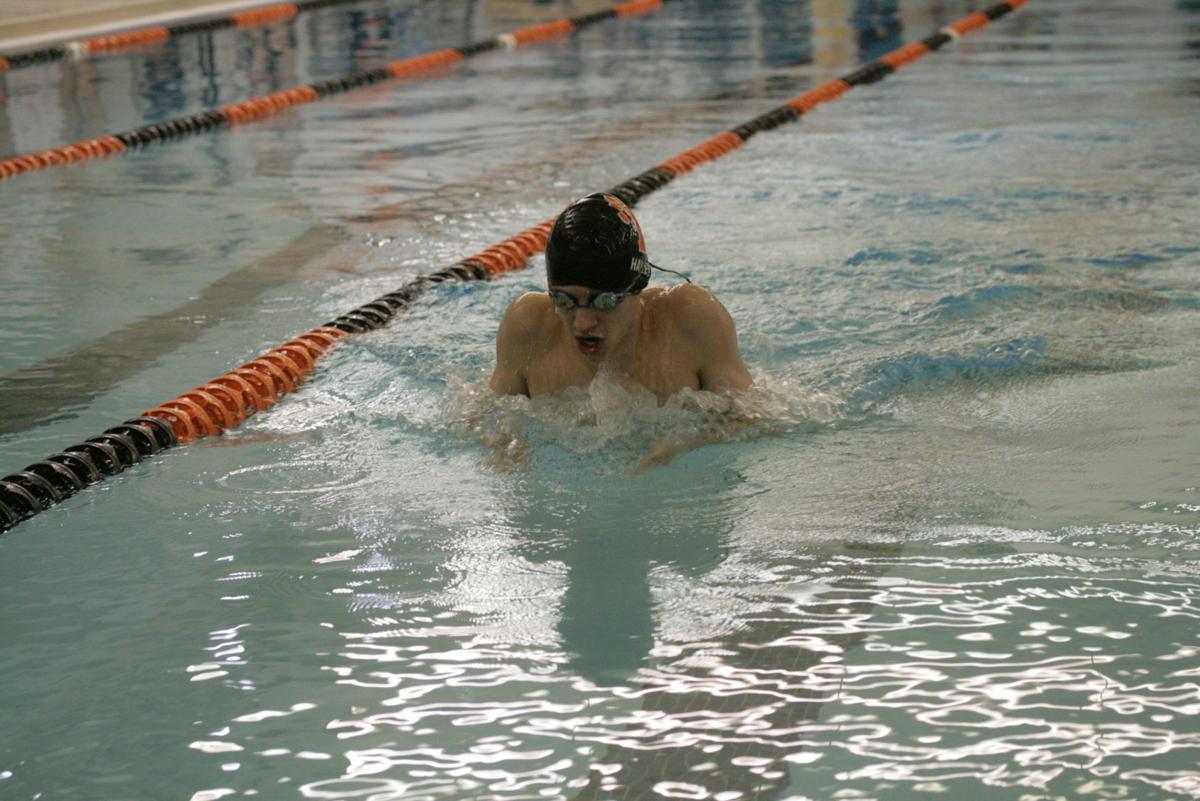 Brenden Miller had a checklist of things he wanted to accomplish this offseason as a senior member of the Linden varsity boys basketball team.

On June 11, the team was one step away from accomplishing one of them.

The Eagles defeated the Holly Bronchos in a thrilling come-from-behind 67-66 victory at Howell High School and were deep in celebration. The victory earned Linden a spot in the Division 1 district title game on Friday against the squad that defeated the Eagles in last year’s district championship bout.

“One-hundred percent, that was our main goal,” Miller said. “We wanted to get revenge against Howell. We’ve been living the whole year to get that revenge and to get to that moment.”

Even at the end of the game there was a sense of what may be happening. Due to the spread of the coronavirus, the Michigan High School Athletic Association (MHSAA) was already discussing the possibilities of playing future winter postseason games with a limited audience. But by Thursday afternoon, the MHSAA suspended all winter and spring sporting activities until at least April 5. Of course, it created a bunch of mixed feelings, especially for seniors who were seeing their winter sports careers end without a true ending. Of course, the winter events that have not been played — many girls and boys tournament basketball games, the state gymnastics meets and the state boys swimming and diving meet — could still be rescheduled after April 5, but that seems highly doubtful.

“We ended our season with an ‘if” because we don’t know what would’ve happened if we played,” Miller said. “We never got our second chance (against Howell).”

Linden varsity boys basketball coach Chris Root last saw his team after Wednesday’s victory. He never got a chance to see the team before Thursday’s news of the suspensions.

The Lake Fenton varsity girls basketball team was having its best season in 18 years. After winning a regional semifinal contest against Marine City 74-31, the only team keeping the Blue Devils from a regional title was Imlay City, a squad Lake Fenton defeated 59-43 earlier during the season. The Blue Devils would’ve been a big favorite in the regional contest.

“The morning of the game (the girls were supposed to play Imlay City on Thursday) we got the information that we were going to play in front of a restricted audience, but when it was suspended I was unable to tell my team. Obviously I don’t work in the school district. They got called down (to the office) and were informed that way.”

The girls haven’t lost hope the tournament will be continued.

“I think a lot of my kids are in some form of fashion hoping something can be done, but it’s tough for me from the mindset of a coach or athletic director how all the things that need to be managed can happen.”

The Fenton varsity boys swim team had a strong group of athletes expected to compete at the D2 state meet. For swimmers, the ability to reschedule the state meet doesn’t make much sense due to what swimmers call the taper. Swimmers rest for the state meet after long periods of strong training. The theory is to train as long as you can for added strength, and then to lessen their mileage so that the swimmers are physically more energetic. Consequently, the athlete will have much better chances of posting personal-best times at the meet.

“For swimmers we put all of our eggs in one basket and we really wouldn’t be able to do it again,” Fenton varsity boys swim coach Brad Jones said. “It’s tough especially for our athletes. I know how hard they work. This was very disappointing for them. They are resilient and will bounce back and be ready to go next year. But it’s really disheartening, especially for our seniors. For the underclassmen there’s always next year.”