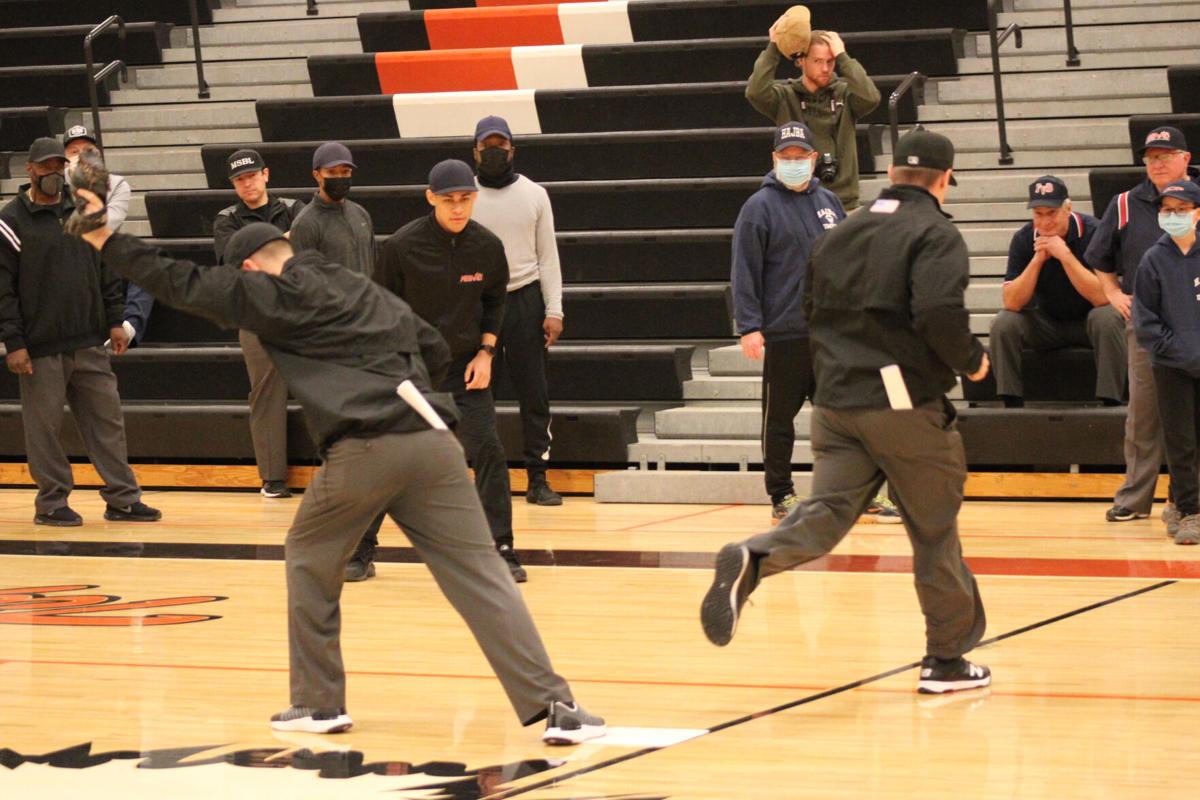 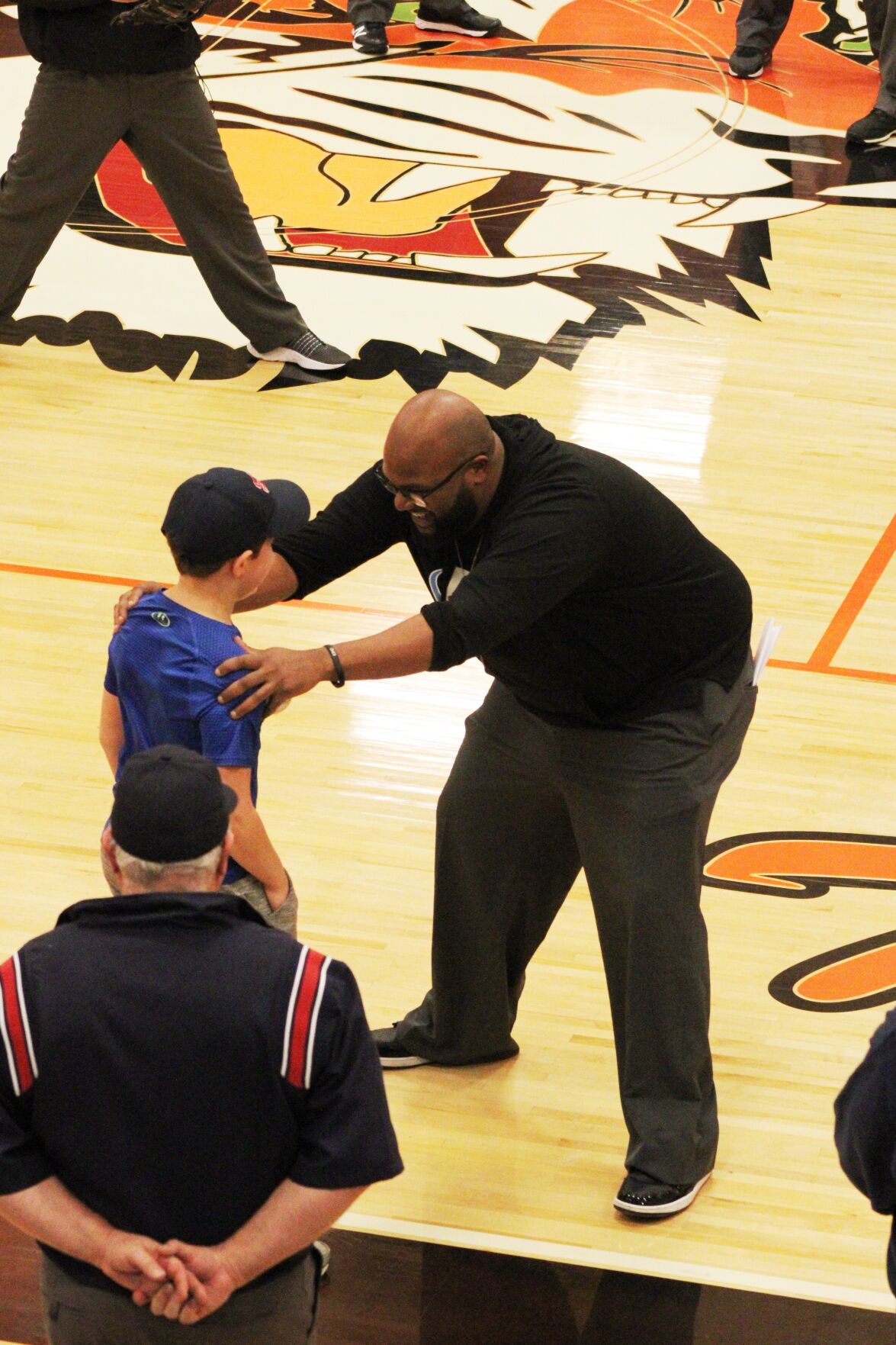 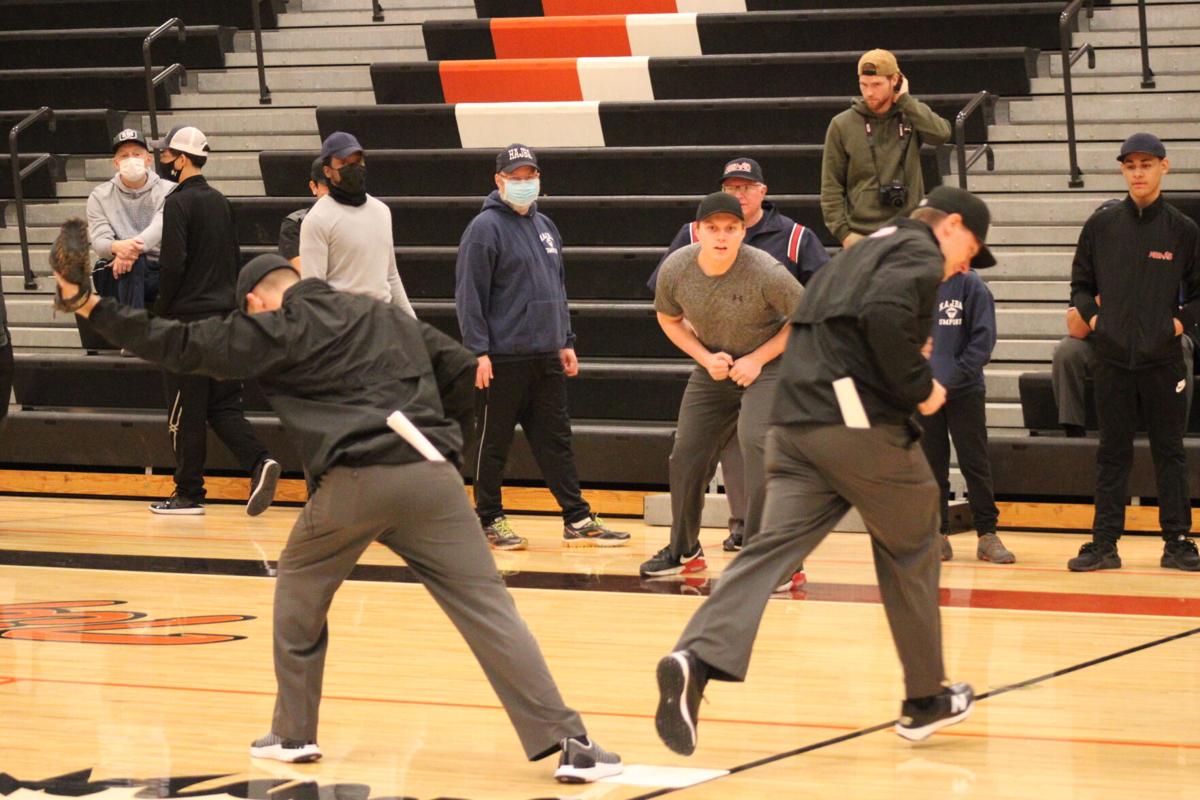 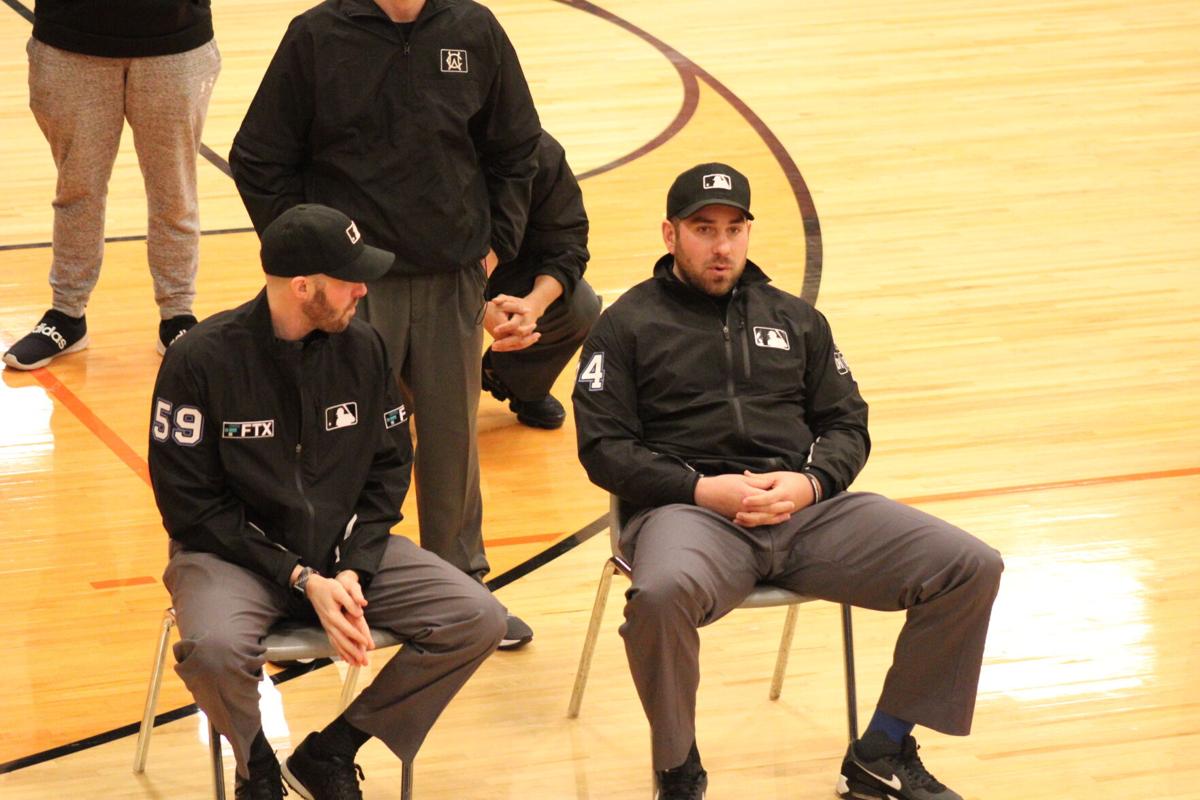 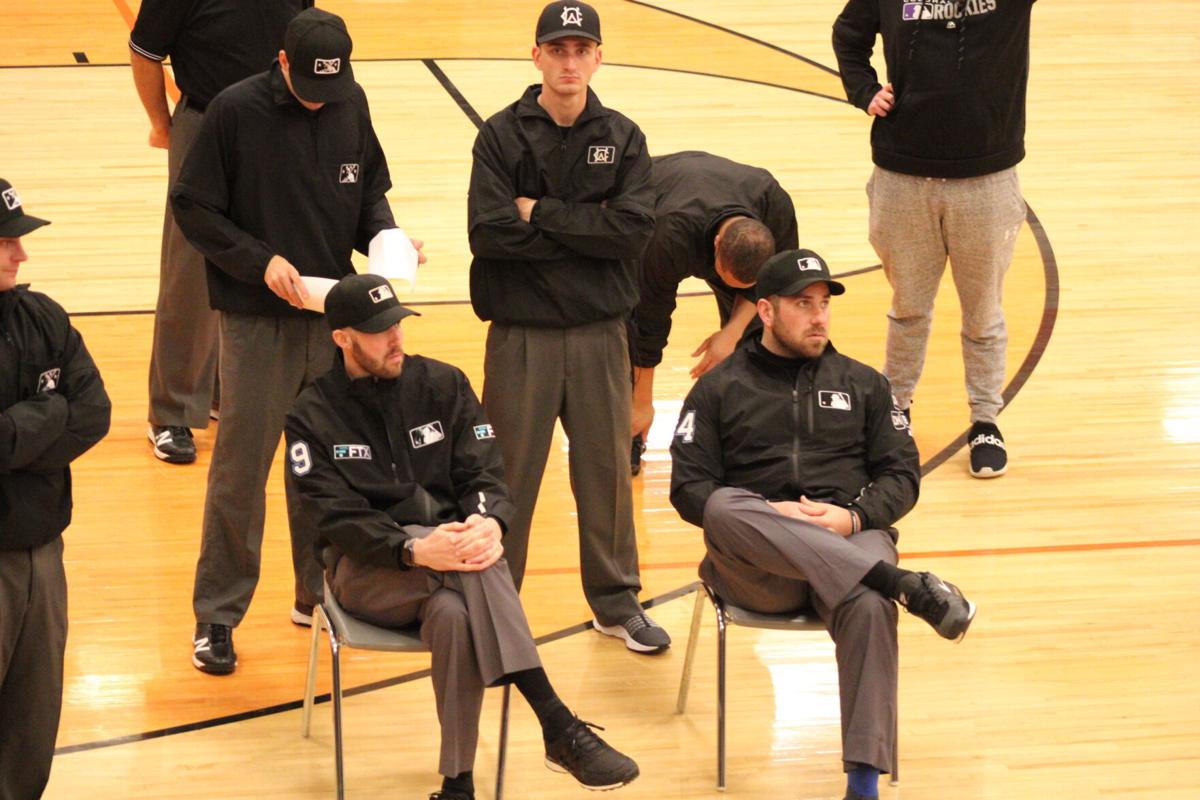 It happened at Fenton High School Saturday (Jan. 9), but it was a special setting.

It happened during the Mid-Michigan Umpire Seminar, run by Stephen Martin and Kenneth Jackson. In an event that included a staff of professional umpires — including Major League Baseball umpires Nic Lentz and John Libka  — one of the drills at the end of the day involved the 20-plus students making a safe or out call at first base. The student’s goal was to get in position to make the call, make the correct call and do it in a authoritative way that showed they had confidence in their call.

Eventually, one of the calls seemingly was the wrong decision and the rest of the umpires made sure their peer understood the error of his ways in a playful manner.

But that was just one of the drills during the four-hour session. During it, men and women from the range of children to umpires in their 50s learned lessons involving umpire philosophies, mental approaches and mechanics and positioning at the plate and bases. The day ended with a question and answer session with the two Major League umpires. Both pretty much started their careers the same way just about any umpire did — at the youth level.

“I did it with my dad as a summer job to make extra money,” said Libka, who has been umpiring MLB games since 2017. “I did it with him, went to professional umpire school and it just stuck.”

“I was 12 years old, lived in Howell and I worked 9- and 10-year old at the Northwest fields off of M59. Those were my first games,” said Lentz, who has umpired MLB games since 2016. “I almost quit after my second game. I told my parents I would finish off my schedule and would never umpire again. For some reason, I signed back up in the spring and here I am.”

Both umpires took years to get to the

top of their profession. Each do these camps to help give back to the community that helped them so much.

“I do a couple of these camps and pop in during the summer when I can make it,” Lentz said. “I went to a camp in Grand Rapids before I turned 16 and I saw the minor league guys, the college guys and the professional guys. They were there encouraging me. So when I had the opportunity to give back to the community from that aspect, that’s what I did. ... If there is just one or two tidbits I can give to somebody here, that makes it worth it.”

“It was a big deal for me before I was in professional baseball when I’d walk into a guy that worked in the big leagues,” Libka said. “So if I can be an encouragement for someone like that, that’s what I want to do.”

One of the instructors was Michael Wraa, who came from California just for the camp.

“Most people are big on giving back and that’s the easiest way to give back is to teach,” Wraa said. “It’s a good fraternity, a good brotherhood and a good sisterhood.”

Martin and Jackson are the co-organizers of the camp. Jackson is currently a professional Minor League umpire. He umpired games in the Florida State League last summer. This was the second umpire camp in three years. It was canceled last year due to COVID, but the pair hope to continue it annually.

“We want to make it an annual event and see it grow,” Martin said. “We want to help local umpires be better at their craft. We are doing that with some high-level instruction.”

“My mentor ... asked me a question one day when I was playing baseball. I was 15 then but now I’m 25. He asked me if I wanted to do this tomorrow and I said yes,” Jackson said. “And now I am where I am today, umpiring minor league baseball.”

The staff understood there’s only so many lessons one can learn in four hours.

“No. 1, I want them to always have fun,” Lentz said. “I love umpiring. I try to get out and have fun every single day. ... I also tell them to keep getting better, always improve. I think those things are super important. You don’t always have the cameras on you, but you can always self-critique, get better and have fun.”