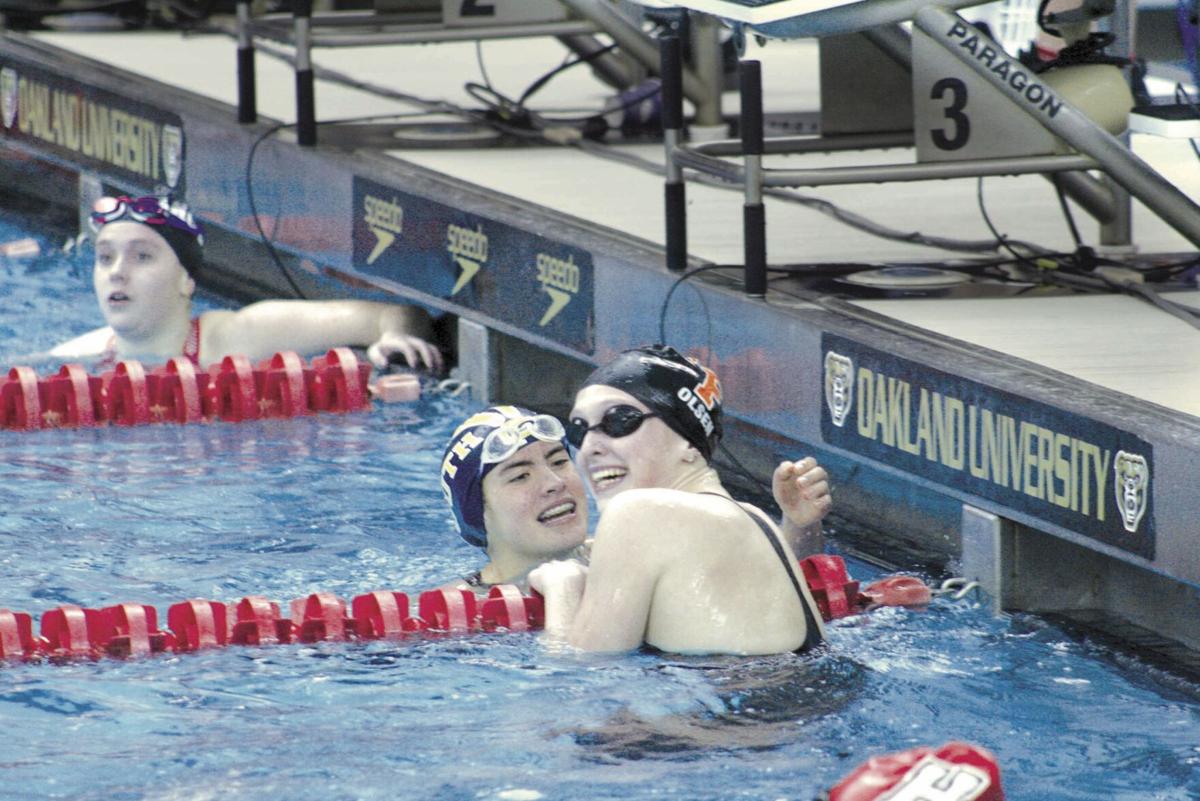 Fenton’s Gracie Olsen (front) won Division 2 state titles in two individual events at the state girls swim meet — one in the 100-yard butterfly and the other in the 200-yard freestyle. Her times earned her All-American status 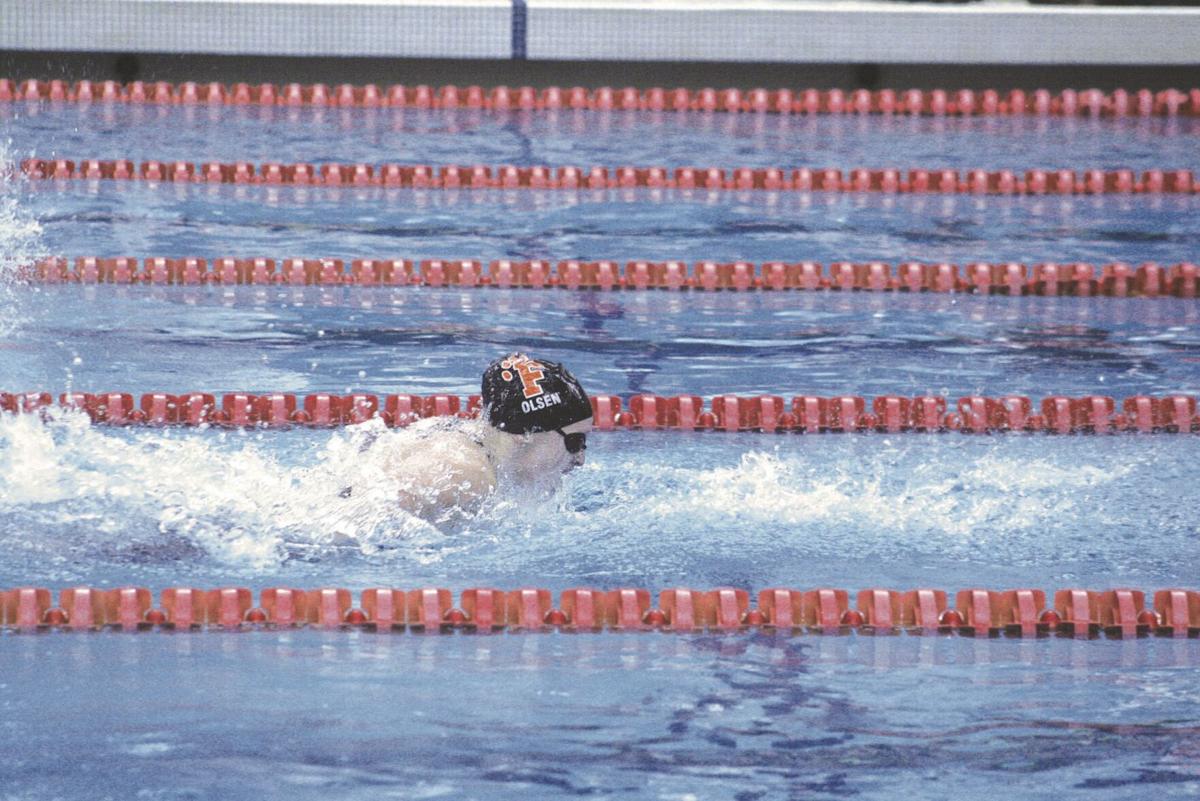 Fenton’s Gracie Olsen is an All-American swimmer in the 200-yard freestyle and the 100-yard butterfly.

Fenton’s Gracie Olsen (front) won Division 2 state titles in two individual events at the state girls swim meet — one in the 100-yard butterfly and the other in the 200-yard freestyle. Her times earned her All-American status

Fenton’s Gracie Olsen is an All-American swimmer in the 200-yard freestyle and the 100-yard butterfly.

One of them was to become an All-American in the sport she loves.

“Since I started high school swimming, I had becoming an All-American as one of my top three goals before I graduate,” Olsen, who is entering her junior year at Fenton High School this fall, said. “After swimming the events at the D2 states, I knew I had achieved consideration time. A couple of weeks ago, I got a text from (Fenton varsity girls swim coach Brad Jones) that said, ‘Congratulations.’ I asked for what and he told me I officially became an All-American swimmer and sent me a screenshot of the list.”

Jones also earned a pretty impressive honor from last fall’s girls swim and diving season. He was named the MISCA Division 2 Coach of the Year.

Olsen won her second and third individual state championships at Oakland University last fall. She posted a first-place time of 1:48.98 in the finals of the 200 freestyle, winning the event by more than a second. She also was the top seed after posting a preliminary time of 1:49.90. She won the 100 butterfly with a time of 54.62 seconds, nearly a second ahead of the rest of the field. She had a preliminary time of 55.24.

Olsen is the first Fenton All-American for either varsity swim and diving team since Amy Morrison was a diving All-American in 2006.

“It is a incredible privilege to coach Gracie,” Jones said. “Her work ethic and relentless drive to improve set her apart from most athletes.

“Gracie just missed (All-American status) her freshman year so it was great to see her accomplish one of her goals,” Jones said.

Olsen continues to work hard for the fall season. She said the COVID-19 quarantine has helped her preparation in some unconventional ways.

“Quarantine gave me a lot of time to reflect, and I was able to realize over time the things I need to change to get where I want to be, not just as a student-athlete, but also just as an individual. I feel really good about myself now and have truly learned to never take anything for granted. I feel that all that time spent listening to myself and thinking about my true goals have opened up a whole new world and created a mind set that I’ve been searching for these past couple of years.”

If the 2020 varsity girls swim season happens, she’s excited about the team’s potential.

“This group of girls we have at Fenton is unlike any other,” Olsen said. “We’re a family. When someone is down, we as a team pick them up. We laugh together, cry together and work together. There is an unbelievable amount of teamwork on our team and I believe that is something that’s helped me work better with others and work harder in the classroom and the pool ‘because the team, not the individual is the ultimate champion.’ That’s a little piece of our team motto we recite together before every home meet.”

““To be recognized for doing something I love makes this very special,” Jones said. “We had a great year and our girls stepped up huge at the state meet. ... I’m very  proud of it but a lot of it has to do how fast our girls swam.”