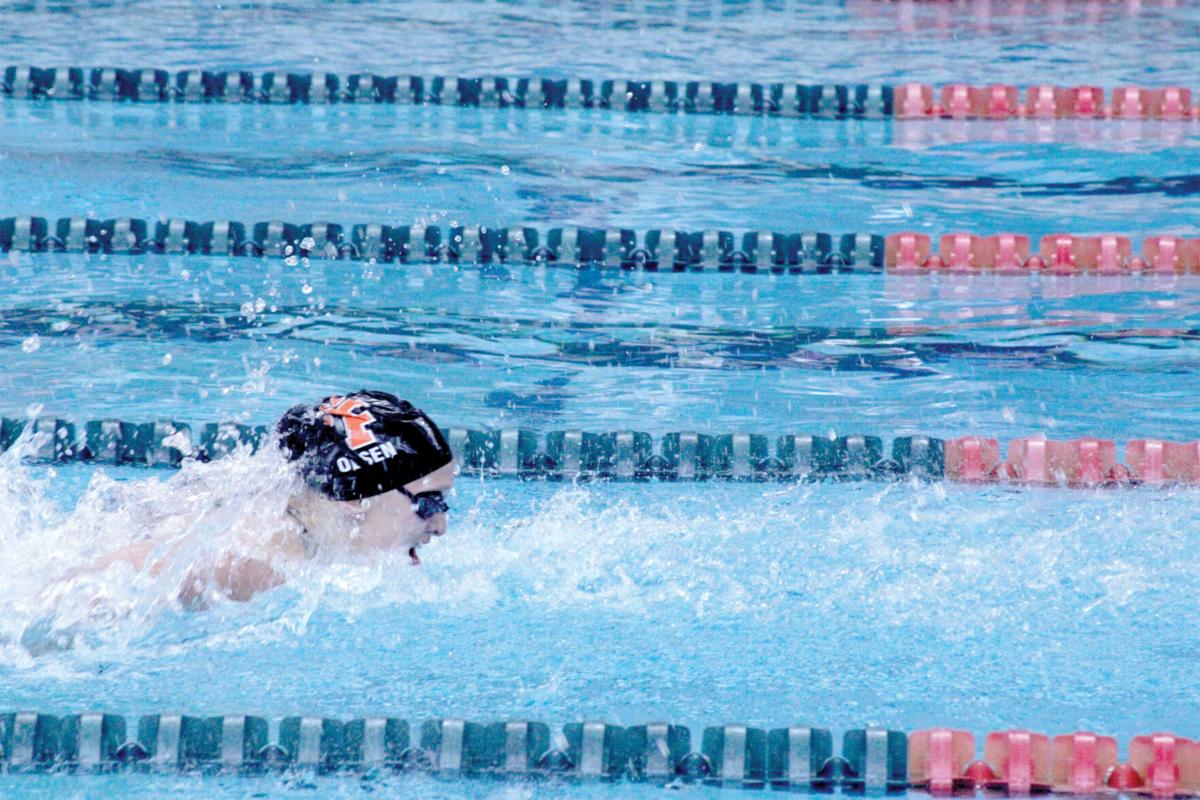 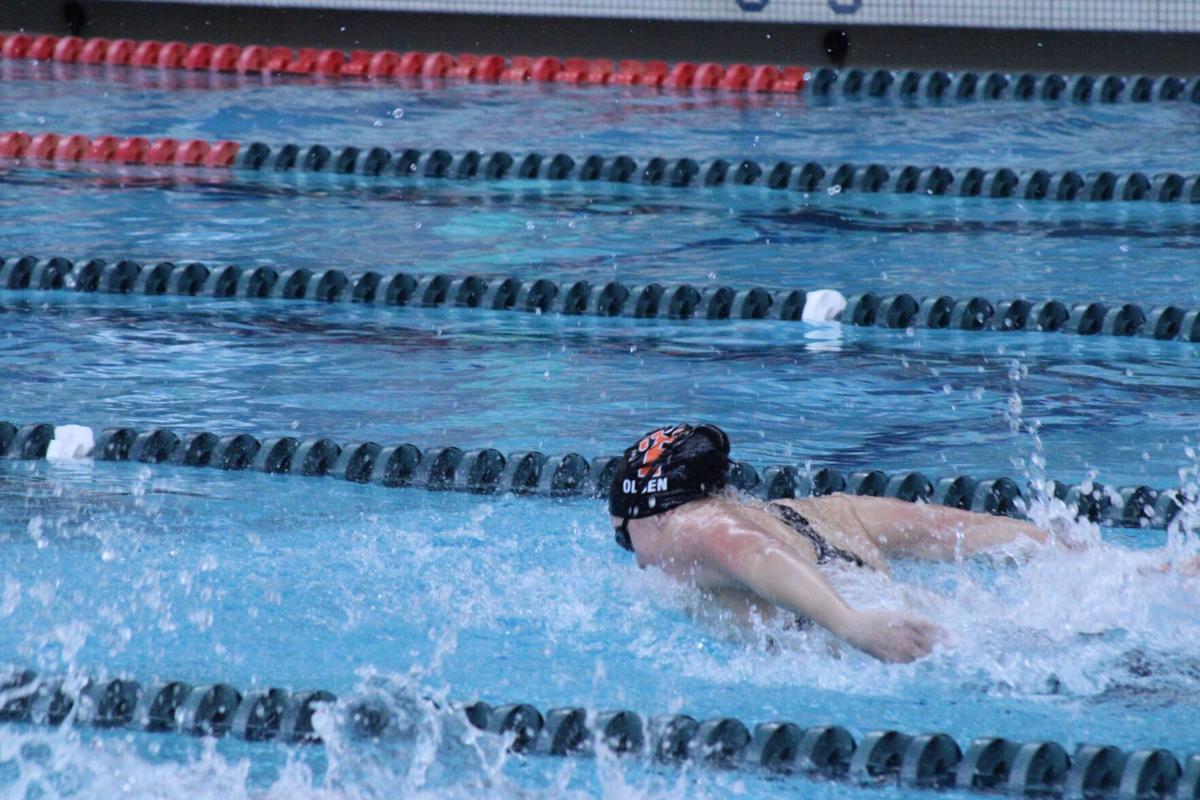 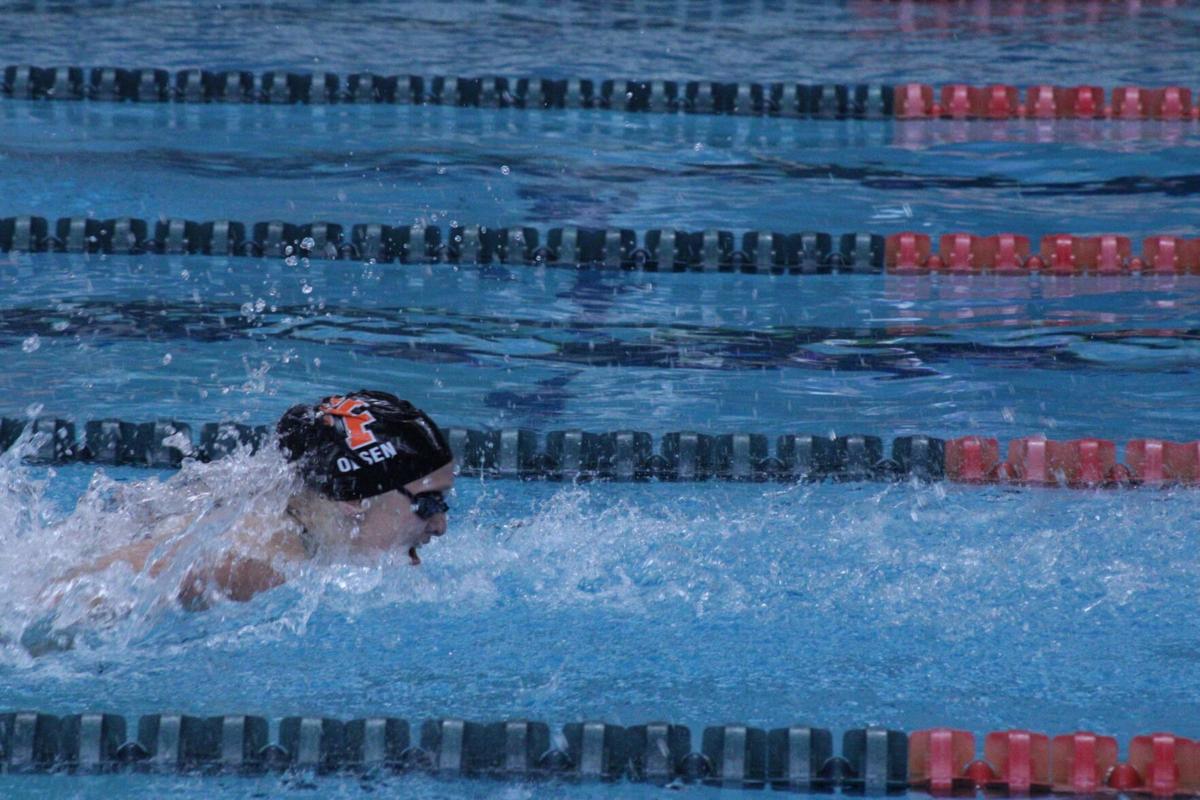 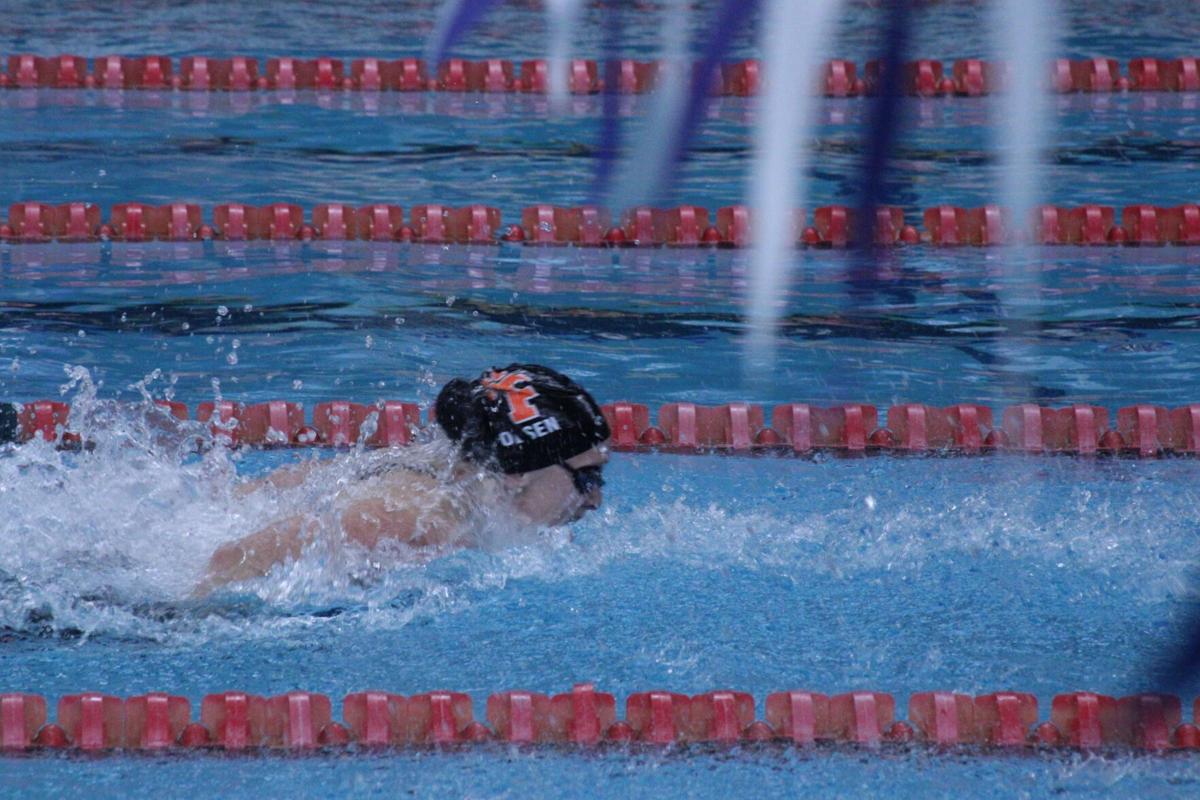 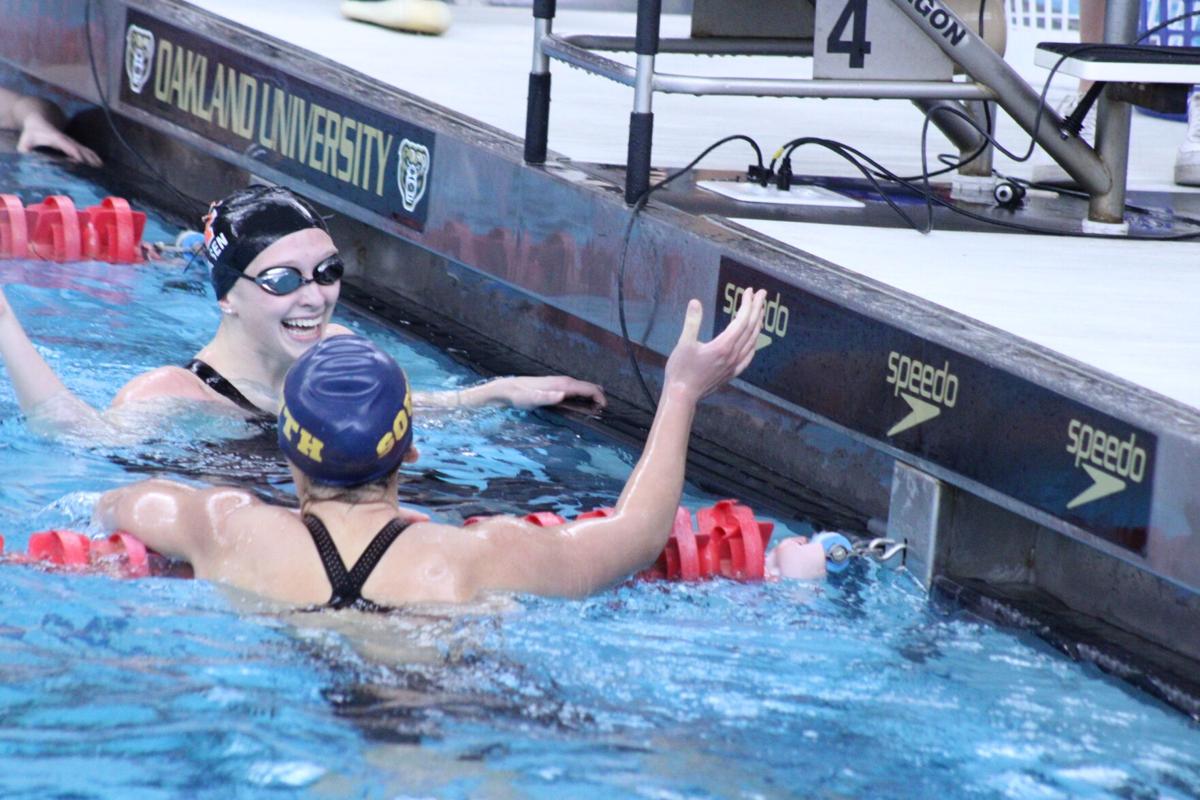 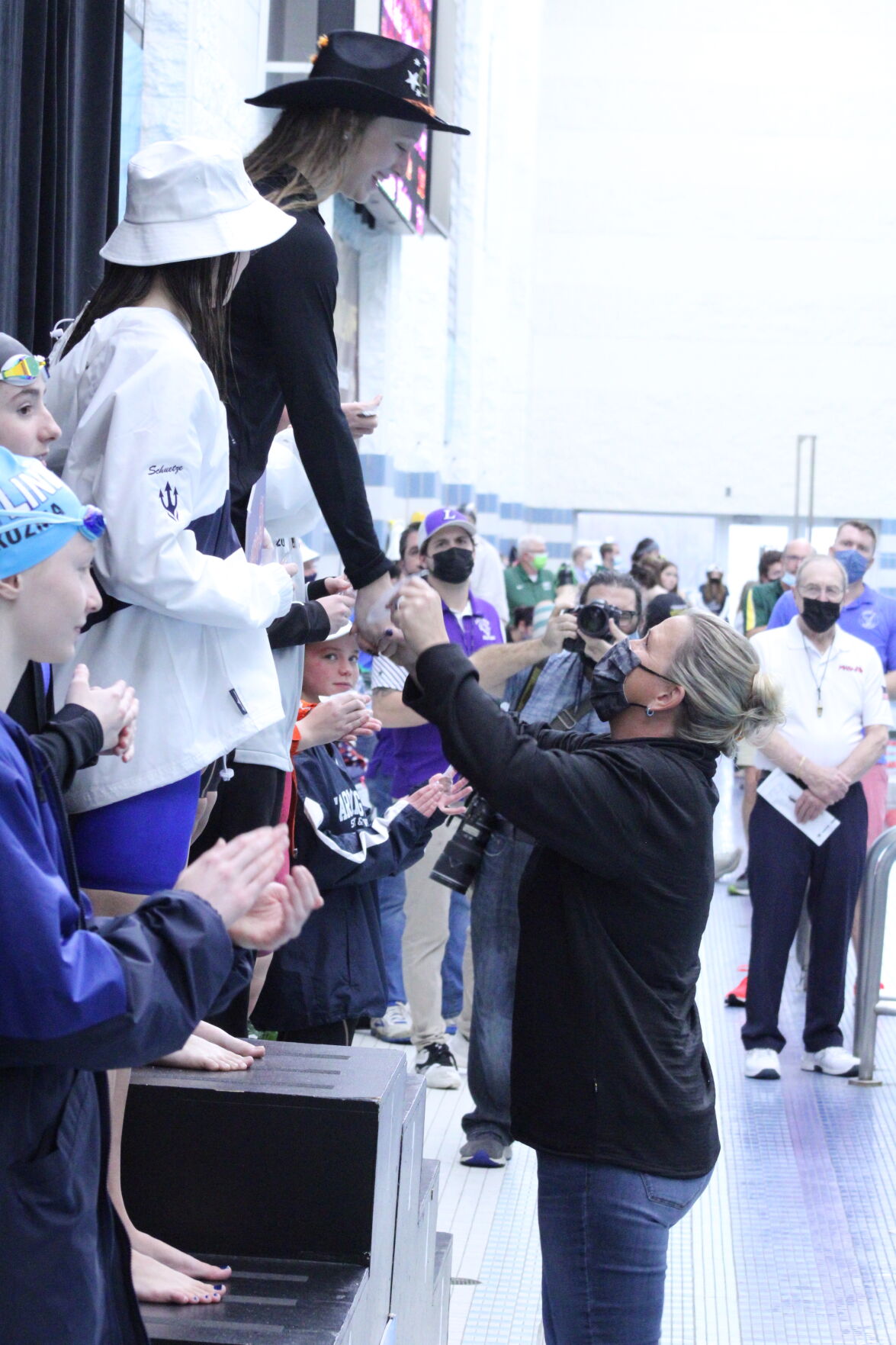 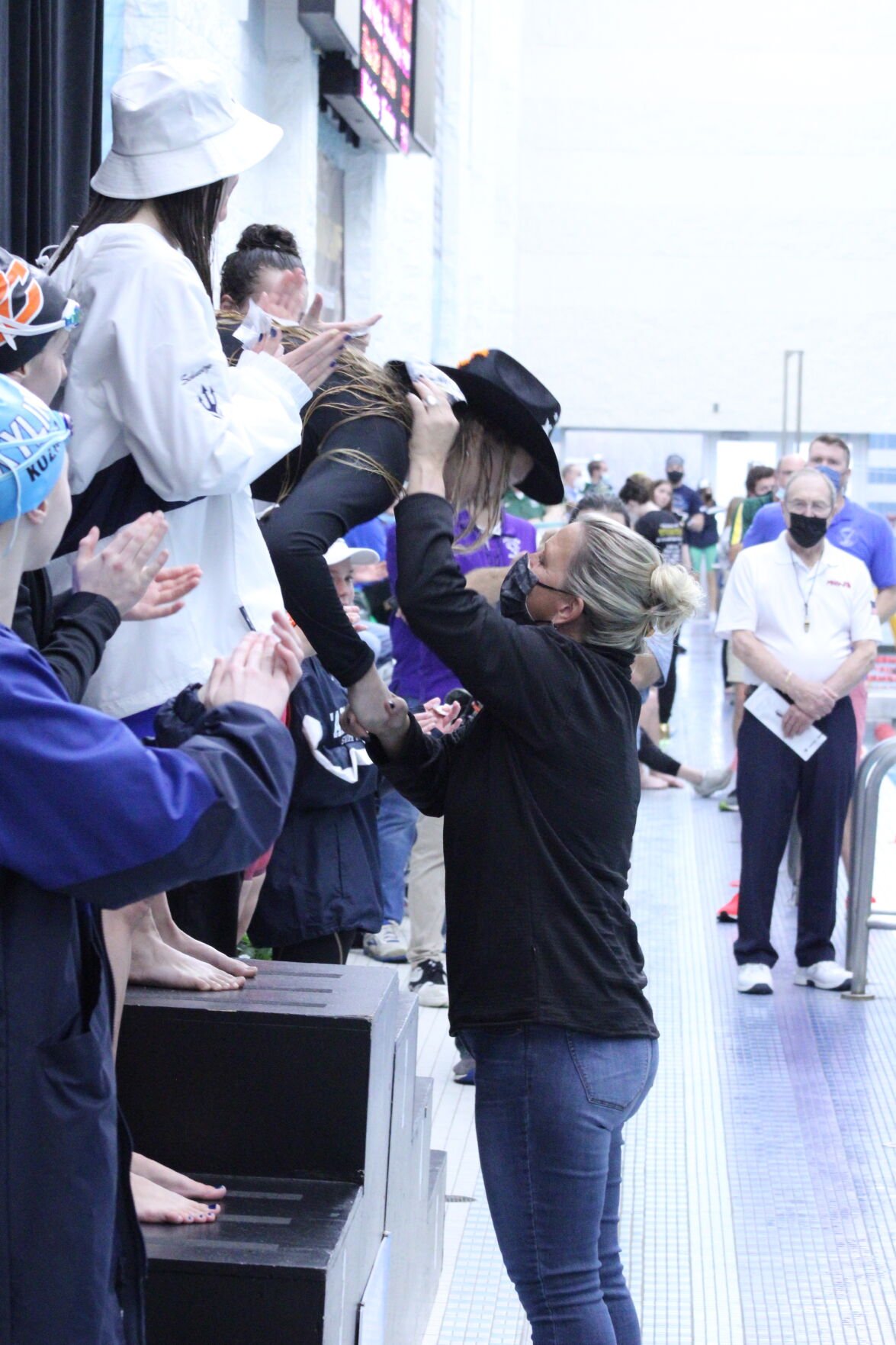 Rochester Hills — Ask Gracie Olsen which event is probably her favorite in the pool and the Fenton senior will probably answer the 100 yard butterfly.

“That one was fun. I just love racing that event,” Gracie said about performing in the finals of the 100 butterfly at the Division 2 MHSAA Girls Swimming and Diving Championship held at Oakland University on Saturday. “Even in practice, I enjoy it. The only thing I was thinking about (during the finals) was just having fun with this.”

Olsen had fun. She won her third 100 butterfly individual state championship of her career by posting a time of 54.19 seconds, well ahead of the rest of the field. Olsen doesn’t remember too much about the race, though.

“I don’t even remember that race,” Olsen said. “Sometimes I will be swimming and I just can’t remember anything about it. My mind was so focused in and when I finished all I can think about is just what happened.”

event state championship of her prep career, the most in Fenton High School history. Olsen winning the title wasn’t a shock. In fact, it was expected. She entered the meet with a seed time of 55.25 seconds, the best in the field. During Friday’s preliminary races, she maintained her No. 1 seed by recording a time of 55.49, .42 seconds better than Grosse Pointe South’s Olivia Yoo. In Saturday’s final, it came down to Olsen and Yoo again, but no one was going to stop Olsen in her final individual event final of her prep career. She led at the 50 yard mark with a time of 25.45, .62 seconds ahead of Yoo. Olsen maintained that lead during the final 50 yards and earned automatic All-American credentials with her time of 54.19 seconds.

“We can make a list of all of her accolades, but she’s also one of the greatest kids in school history,” Fenton varsity girls swimming coach Brad Jones said. “She takes her role as a team leader more important than anything else. Taking care of the team is her top priority and that’s why she’s successful.”