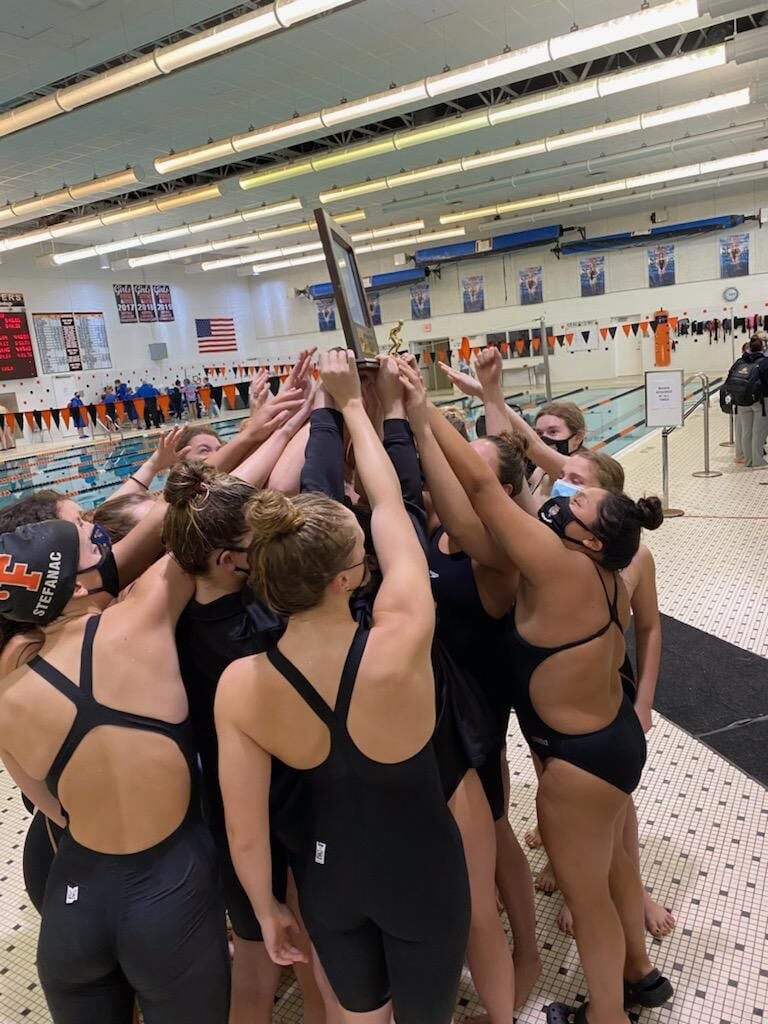 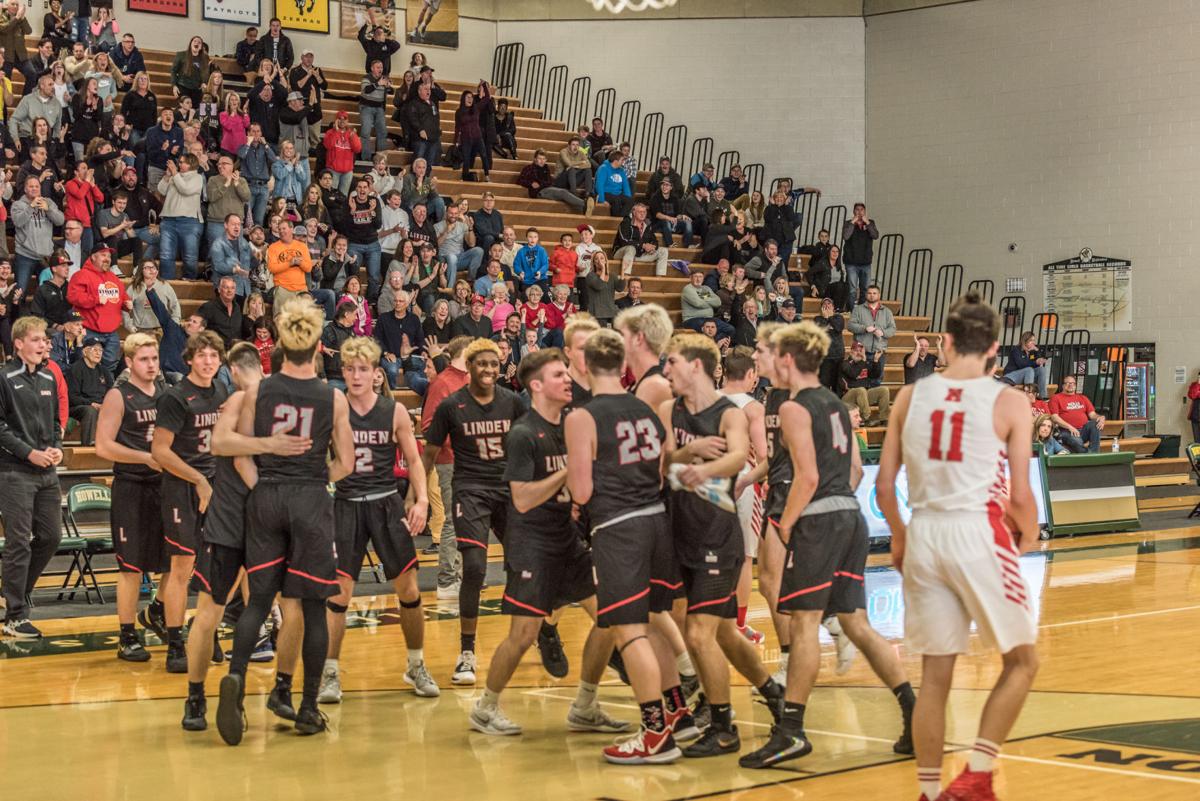 Linden’s varsity boys basketball team celebrates during a time out during their D1 District tournament game against Holly in March. The Eagles won the game but were unable to play again due to suspension and eventual cancellation of the rest of the 2019-20 school year’s athletic season due to the COVID-19 pandemic.

Linden’s varsity boys basketball team celebrates during a time out during their D1 District tournament game against Holly in March. The Eagles won the game but were unable to play again due to suspension and eventual cancellation of the rest of the 2019-20 school year’s athletic season due to the COVID-19 pandemic.

Brian VanBuren understands that the COVID-19 pandemic is a serious issue.

He understands that to curtail the number of cases, hospitalizations and deaths in the state means sometimes taking serious action.

He and his Lake Fenton varsity girls basketball team, however, probably wishes when these actions have to take place, they didn’t seemingly impact their program as they have both times.

On Sunday, the Michigan High School Athletic Association (MHSAA) suspended its fall tournaments and the start of the winter season’s practices and competitions for 21 days as per the

The Lake Fenton girls basketball team was one of many programs impacted. Girls basketball teams around the state of Michigan were about to start their second week of practice this week. In fact, the Lake Fenton girls were at practice when they found out about the order. Of course, the pandemic forced the cancellation of the remainder of the 2019-20 winter sports season and the cancellation of the entire 2020 spring sports season when the COVID-19 pandemic first hit Michigan. One of the teams most adversely impacted were the Blue Devils. The squad had just won a regional semifinal contest and were expected to play in a regional championship game a day after the cancellation of the rest of the academic’s sports season happened on March 12.

“I think it’s the right call,” VanBuren said. “I’m hopeful the numbers go down a bit and that most people abide by the ruling. Maybe by the time we get to Christmas we have the same mask up response and we are able to get back by January.

“We had a practice on Sunday and I told the girls when we got started that by the time we were out here we may have some sort of announcement. … By the time we were done I had a couple of texts from parents asking, ‘Hey, what’s going on? Are we going to have practice tomorrow?’ At that point I told the girls we may have had our last practice for awhile. A couple of them were bummed out because they were excited to finish what we started last year and now that was all going to change.”

Most fall sports seasons have been completed, but there are a few exceptions. The football playoffs just completed the district championship round and the volleyball tournaments were expected to be completed by Saturday. Another sport expected to host its state meets on Saturday is varsity girls swimming and the Fenton Tigers were poised to have an exciting day while competing. Three-time individual event state champion Gracie Olsen was favored to win another two individual state crowns, and Fenton’s relays were expected to do well. Now the Tigers will have to wait to finish their season.

“(Fenton varsity girls swim coach) Brad Jones and I have talked and I have also talked with a couple of the girls,” Fenton athletic director Mike Bakker said. “We are very optimistic that this will be a very short pause and that we can get back in the pool as early as Dec. 9 and still hold a state meet for our state qualifiers. I knew that in working with most of the MHSAA staff for so many years, that if given a window of opportunity, they will find a way to complete this season for the swimmers and for those teams play volleyball and football.”

The area athletic directors will be some of the busiest people while sports aren’t being played. The suspension of sports creates many new challenges for each school’s athletic program.

“My primary objectives are one, to update and adjust middle school and high school schedules as necessary; two, support our coaches and athletes in any way possible; and three, work with my AD counterparts around the state to provide as many opportunities as possible.

“I think that all of us in educational athletics are frustrated with the pause, but we also knew going into the start it would be precarious depending on how the virus continued to spread in our state and community.”

Boys basketball was expected to start practices on Monday, a day that Lake Fenton’s first-year varsity boys basketball coach Tyler Szczepanski was excited to see come. However, now he must wait before he can host his first official practice with Lake Fenton’s program.

“The one word I have been able to use to summarize this is deflated. It’s been very deflating,” Szczepanski said. “We’ve gone through this one time before. Basically, we are getting a head’s up with it. We know how to deal with it and this will help us not get blindsided by it. But being a first-year coach me and our staff and went through a lot staff meetings and player meetings last week and all the protocols. The guys worked hard during the offseason, during conditioning and during four-player workouts. We thought we were going to start today and see all the work we put in pay off.”

“Not only am I hopeful, I am expecting there to be a winter season, and sooner rather than later,” Bakker said. “We have shown we can make this work and hopefully the State of Michigan can come together and all of us can do our part to mitigate the spread of COVID during the upcoming holiday season and beyond. If we can do that, then I think we can get back to sports, get back to school and get back to being together again. Certainly, there will be discussions in the coming days and weeks about how to adjust the winter season and potentially the spring twoo, so that we can see this through.”

“If we start second semeseter get 12 games in and play five to six weeks but are able to play a complete tournament, that is better than starting and stopping during November or December,” VanBuren said. “Whatever the schedule is, we’d like to play it through to its conclusion.”