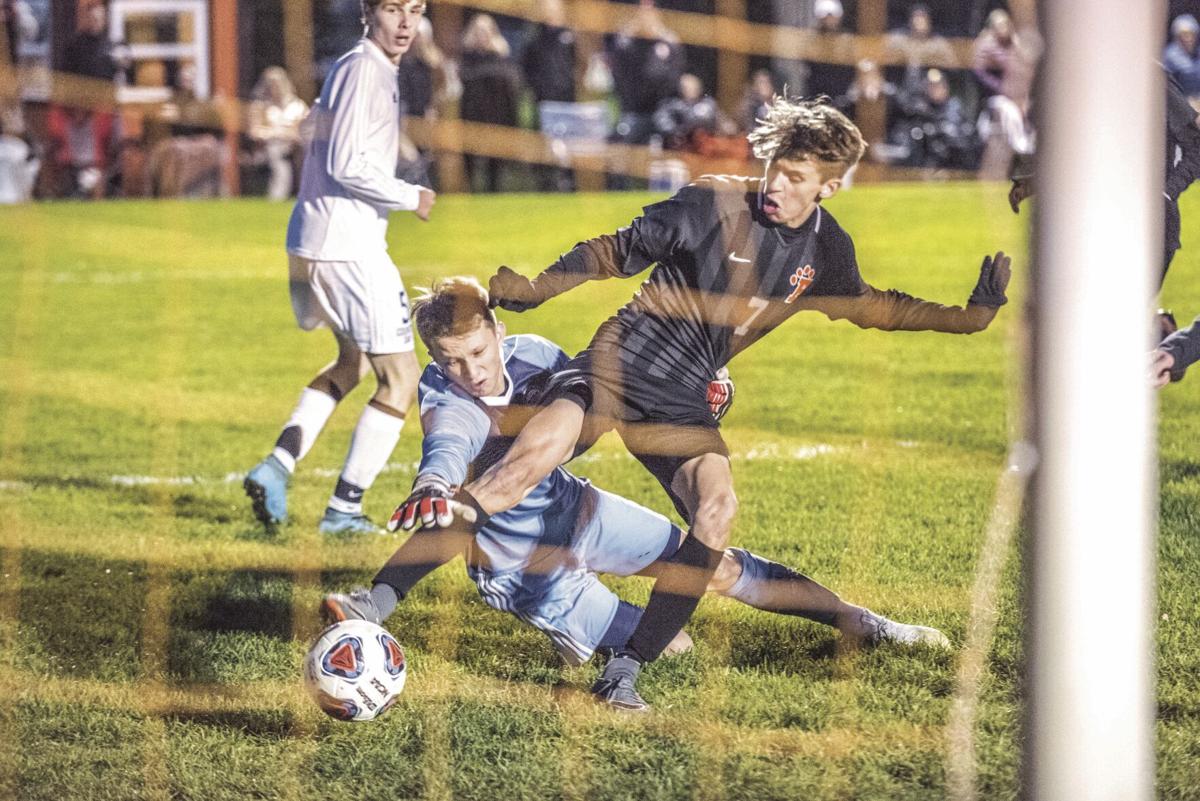 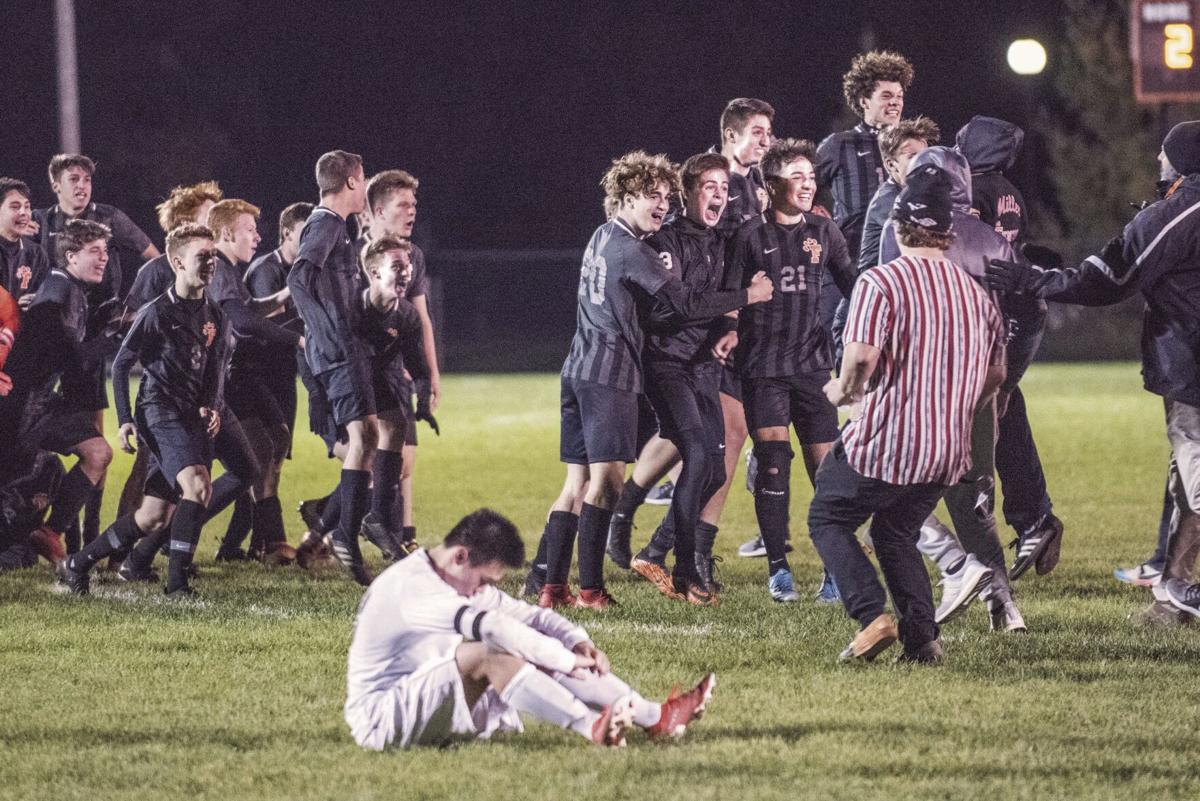 Fenton — Alex Flannery is experiencing his own athletic version of the movie Groundhog Day.

When he was a freshman, the Fenton varsity boys soccer team won the program’s first-ever Division 2 regional championship, defeating Notre Dame Prep 1-0 in the title game at Fenton High School.

As a senior, the Tigers capped his career with another regional crown on Thursday Oct. 17, 2019 night. The Tigers jumped to a 2-0 lead and then held on as Fenton defeated Detroit Country Day, the defending Division 2 state champions, 2-1 at Fenton High School in a regional championship contest.

“It’s amazing,” Flannery said. “I feel like déjà vu since we already did it before. Hopefully we’ll go further this time. I don’t know who we play right now, but who cares. It’s all about us.”

The Tigers always make it about their own team and always focus on their brothership. That equation helped lead the Tigers to the victory. After all, a win means the Tigers get more time together.

“This means so much,” Fenton keeper Gannon Welch said. “We get to continue to play with my brothers.”

“If you ask any one of these guys, I think the answer will be the same — it means another day together,” Fenton varsity boys soccer coach Matt Sullivan said. “That’s all they want. All they want to do is keep having fun. I just couldn’t be more proud of the way they grinded that out against a really good team that spanked us earlier in the year. But they never really focused on the other team. They never do. They just care

about themselves and it’s great. I’m so happy.”

“It was so exciting for our team,” Fenton player Ben Chapple said. “We get to spend more time with our team because I love them. For coach, it was so exciting. It’s all about brothership, no regrets.”

Both teams had their share of chances to score goals, but for a long time it was only the Tigers that were able to light up the scoreboard.

About 10 minutes into the game, Andrew Hutchins kicked a shot from about 35 yards out that hit the net just underneath the crossbar into the top corner of the net.

“They gave me room,” Hutchins said. “Cal (Curtis) gave me a great pass and I hit it. I got a really good deflection. It went to the top right and it worked out great.”

Fenton held on to the 1-0 lead entering the second half. Less than six minutes into the second half, the Tigers increased their lead to 2-0 when Chapple scored on a rebound off a free kick by RJ Stack.

“It was a free kick,” Chapple said. “It hit the goalie and it came off of him. He tried to grab me and I put it in. I was so happy. It was so exciting for our team.”

The Tigers continued to control the game for a bit until about the midpoint of the second half. That’s when Country Day’s offense came to life. Country Day had 12 shots in the final 20 minutes. That eventually resulted in Justin Guo’s goal, cutting the gap to 2-1.

“Those last 20 minutes or so were very stressful but I knew my boys had my back,” Welch said.

The Tigers credited the defense for the victory.

“Our defense played phenomenal,” Hutchins said. “We just shut down their entire attack.”

Fenton played Country Day in August, losing a 4-0 verdict. That game was much different than Thursday’s contest, obviously.

“This time we came out, played hard and attacked them,” Flannery said.