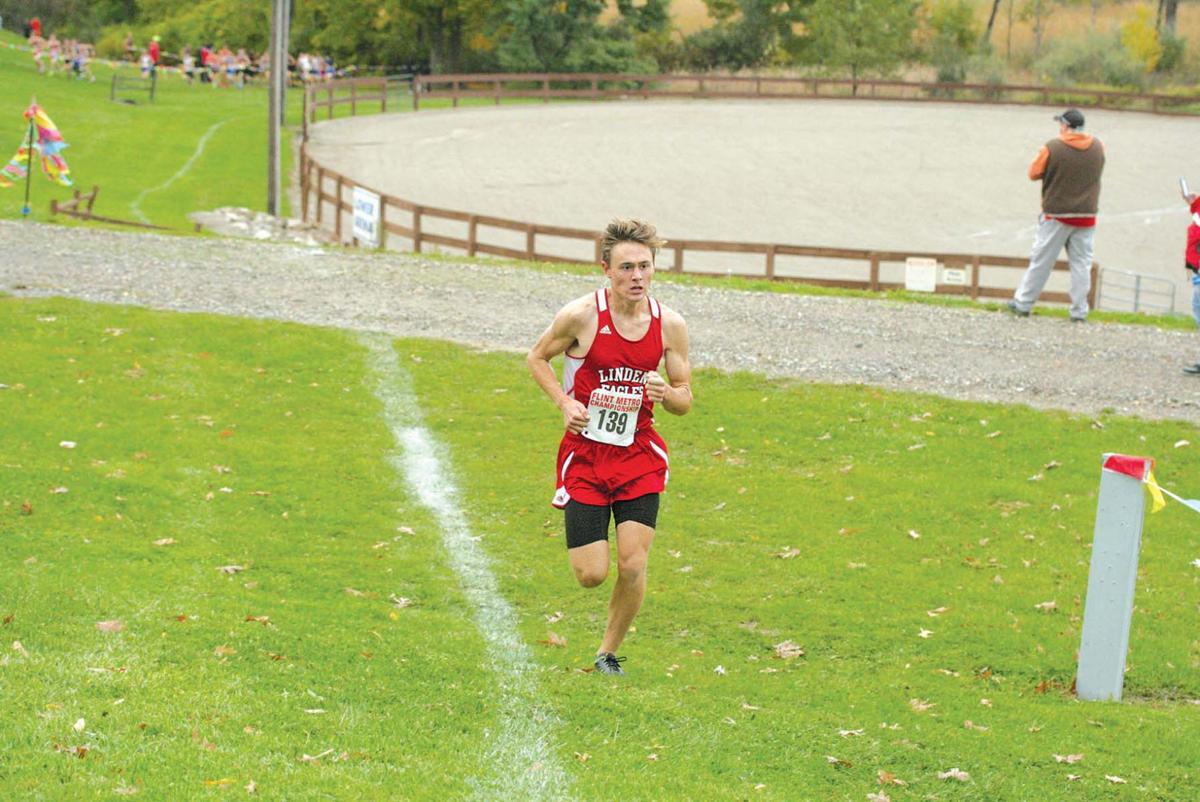 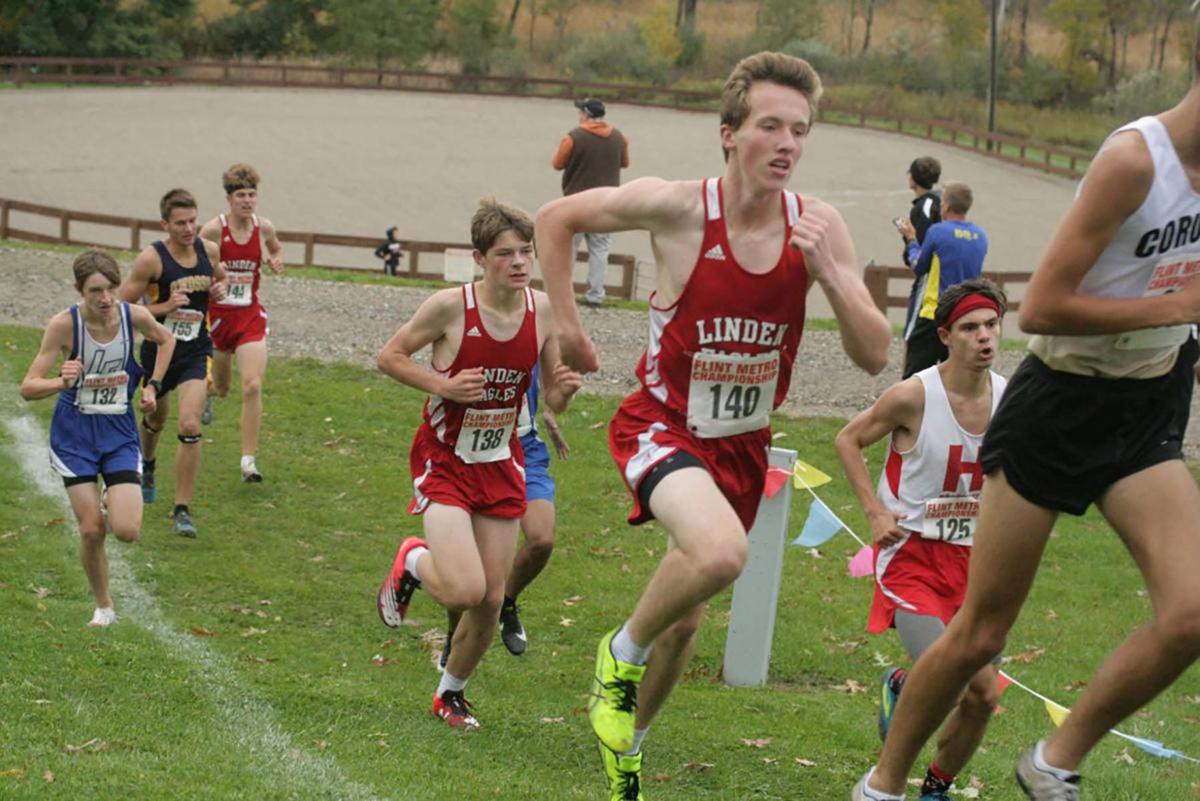 Davisburg — Tyler Buchanan has been the king of the cross country circuit the last two seasons, coming into the Metro League Cross Country Championship on Wednesday, Oct. 16 2019 as the two-time defending title holder.

By the time the event was over, the Linden senior made it three league championships.

Buchanan beat the field by almost 30 seconds at the event held at Springfield Oaks County Park en route to this third title. He finished the 3.1-mile race in wet, muddy and windy conditions in a time of 16:17.4. Lake Fenton’s Joseph Gilbert also had a strong showing, placing second with a time of 16:46.1.

In the women’s event, Linden placed third at the meet and third in the final standings. Lake Fenton took ninth at the meet and finished ninth overall. Holly was unable to field a complete women’s team.

“It means a lot,” Buchanan said. “For myself it shows that I’m really dedicated to the sport. I love the sport.

“There were a lot of muddy corners, and going down hills I had to slow myself up to make sure I wouldn’t slide. It was pretty messy out there.”

“I am very proud of our guys for meeting our goal to make a statement this year,” Linden varsity boys cross country coach Brad Ferrara said. “Finishing fourth last year was not entirely fun and we knew we had a team this year that could bounce back and make some type of statement. Placing two spots higher than last year was definitely our league goal this year, but we always kept our eye on Fenton. They had another great season and we love all the competition around us in the league.”

The Blue Devils made a nice move as did Gilbert. Gilbert was outside the top 10 early in the race, but by the end of it he moved forward and eventually took second by about four seconds with a time of 16:46.1.

“I really shocked myself today,” Gilbert said. “I went out a little hot today with Tyler and I was afraid of going too hot but I stuck with it. ... I told myself mentally that I wanted to get this and I had to stick with the pack. I stuck with them. Something happened and I had a great kick at the end, almost a second wind. It felt great.

“Going into the day I wanted to get top seven because I know if I got top seven I would’ve gotten first team, so that’s my goal.”

“I knew, with the type of competitor (Gilbert) is that he would probably move up a spot or two but I didn’t expect him to move up to second,”

Lake Fenton varsity cross country coach Chris Sobczak said. “He went into the woods in sixth and came out in second, and held on to it for the last 800 meters.”

“We knew the FML was going to be tough and didn’t know how’d we stack up against the competition,” Sobczak said. “It was great to see the boys move up race after race. We were only four points out of third.”

The Linden Eagles were a strong third, beating fourth-place Goodrich by 57 points.

“The girls ran a great race,” Linden varsity girls cross country coach Benjamin Cox said. “I was probably more amped up during this race than I have been most of the season, but that is what championship racing is all about. We put our best foot forward and Fenton and Flushing answered back. They ran super well, too. Of course we always have our sights on those two schools, but I couldn’t be happier with our performance. This will provide us with some good momentum going into our regional meet next week.”

“It was a tough season for them this year because we have been dealing with a few injuries,” Sobczak said. “We had a few meets we couldn’t field a complete team.”