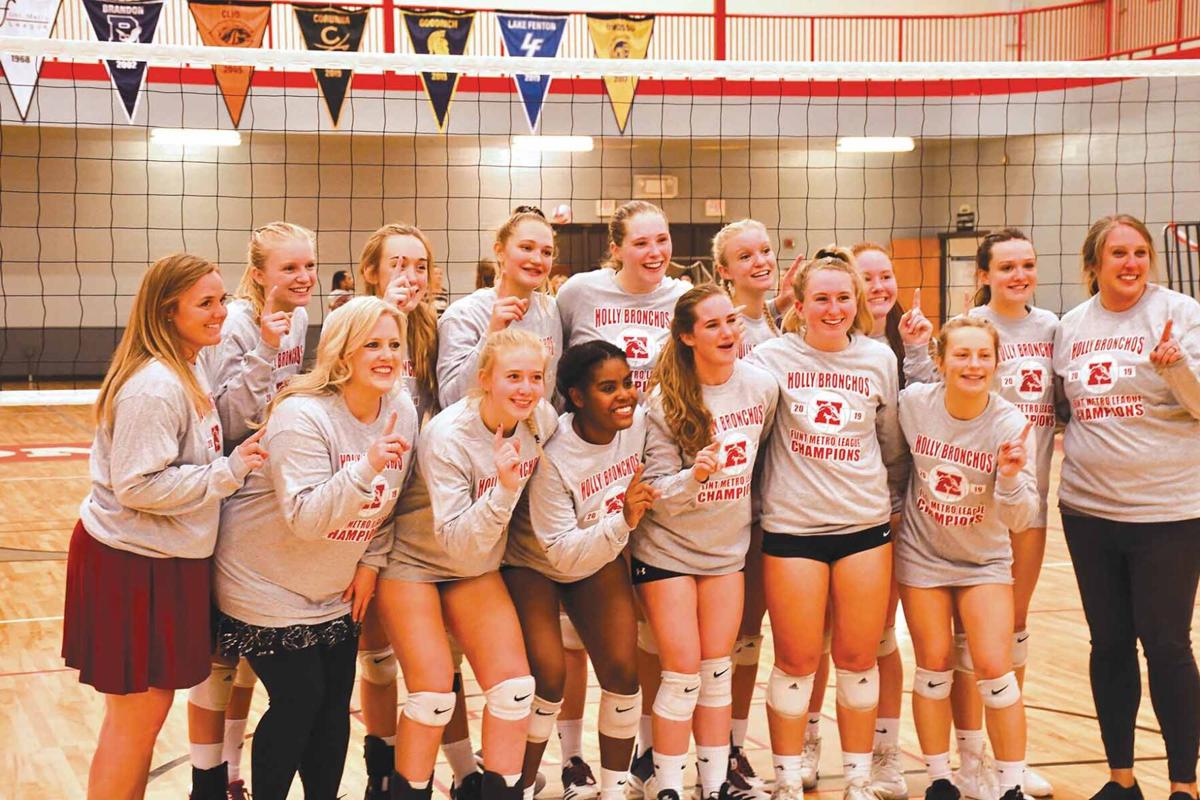 The Holly varsity volleyball team earned a share of the Metro League Stripes Division championship with a victory against Swartz Creek during the fall. 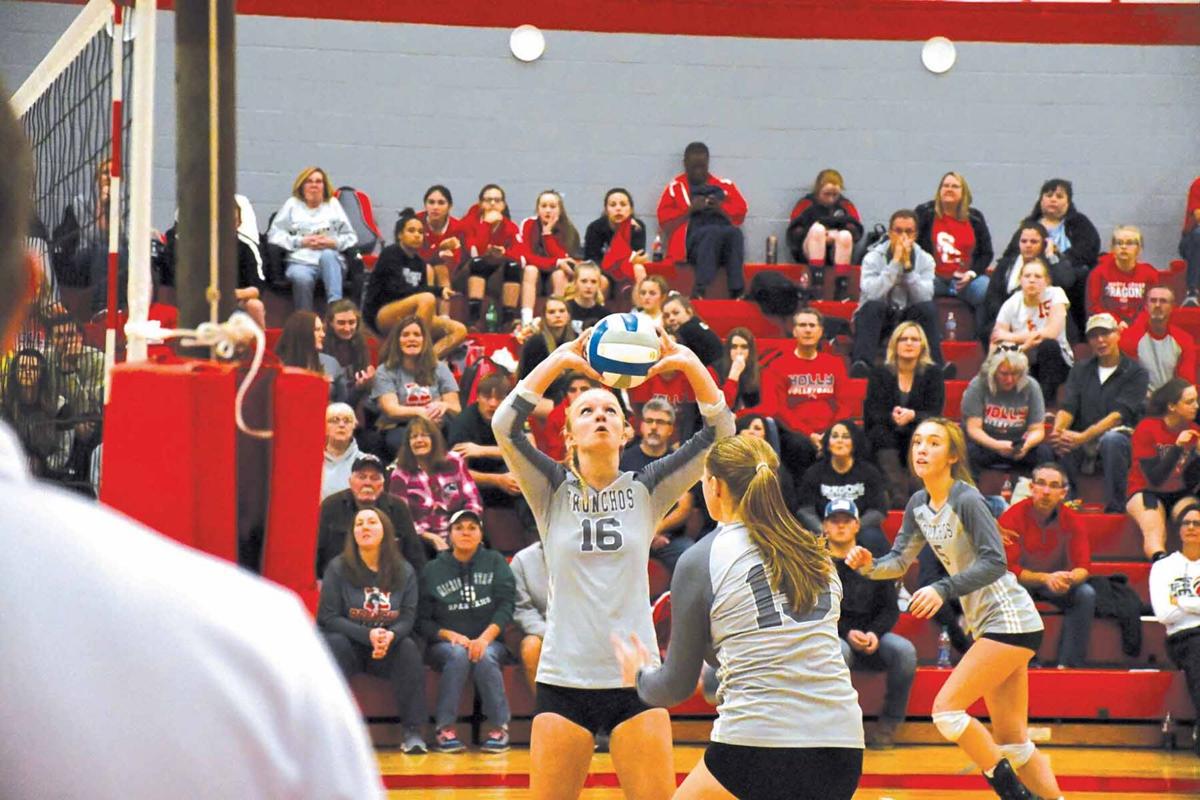 Holly’s Nicole Jewell sets a ball during a past match.

The Holly varsity volleyball team earned a share of the Metro League Stripes Division championship with a victory against Swartz Creek during the fall.

Holly’s Nicole Jewell sets a ball during a past match.

The Holly High School gymnasium has banners on the walls for every sport.

The Holly varsity volleyball team has made a habit of looking at their pennant this season. It reads the last time the Bronchos shared a Metro League championship was during the 1993-94 school year.

“Every year many times throughout the season, we will pause and look at that banner and talk about what it would mean to put a number on that banner,” Holly varsity volleyball coach Deena Maher said. “It’s been a goal as long as I’ve been here.”

Soon, there will be a time the Bronchos can look at that banner with

some pride. That’s because Holly captured the share of the Metro League’s Stripe Division title Thursday night by defeating Swartz Creek 25-9, 25-11, 25-13 during Senior Night. The win ended Holly at 9-1, tied with Flushing atop the final Stripes Division standings.

and followed that win with Thursday’s convincing victory against Swartz Creek.

“We had it in our minds we wanted to earn this and we didn’t want to go in there with the idea all we had to do was show up and win,” Maher said. “We knew we had to work for it. We knew the championship was on the line and we wanted to get it as quickly as we could.”

The Bronchos played a strong match against Swartz Creek. Offensively, Holly was deadly efficient, recording four hitters with hitting percentages at 50 percent or better. Nicole Jewell and Kennedy Hogan (66 percent hitting percentage) had eight kills each while Paige Weeder had seven kills. Sarah Jewell chipped in five kills. Sydnie Meszler assisted 18 of the kills while Nicole Jewell assisted 10 of them.

“Everyone played well,” Maher said. “It was a team effort. Everyone was hitting well. The defense played well. Our serving was on. It was one of those nights when everything came together. Everyone got to play and contribute. It was a great experience as a team.”

The same was the case on Tuesday against Swartz Creek as Holly dominated that match. Nicole Jewell was strong at the net, collecting 13 kills and two blocks. Sarah Jewell had nine kills and Hogan had six kills. Hogan and Marissa Walker had two blocks each. Meszler had a strong night, earning 25 assists.

Defensively, Jenkinson had 11 digs while Nicole Jewell, Beck and Meszler had five digs each. The Bronchos were strong with their service reception with Beck, Amanda Patterson, Samantha Randall and Meszler grading out a perfect 3.0 with their service reception chances. On the service line, Sarah Jewell, Jenkinson and Paige Weeder had three aces each.

The key victory for Holly was the Flushing victory. The Bronchos trailed Flushing by a win in the standings due to an early season loss to the Raiders. They needed to beat Flushing to have a chance at a share of the crown, and did so.

“The day after we lost to Flushing we wrote on a chalkboard to beat Flushing,” Maher said. “That was the goal for us. Every day in practice we had it on the board and looked at it every single day. It reminded us what we were looking for, and we did it. Everything came together (against Flushing) and it was our night. It was incredible.”

It was the second time the Bronchos have earned a share of the Metro League crown.