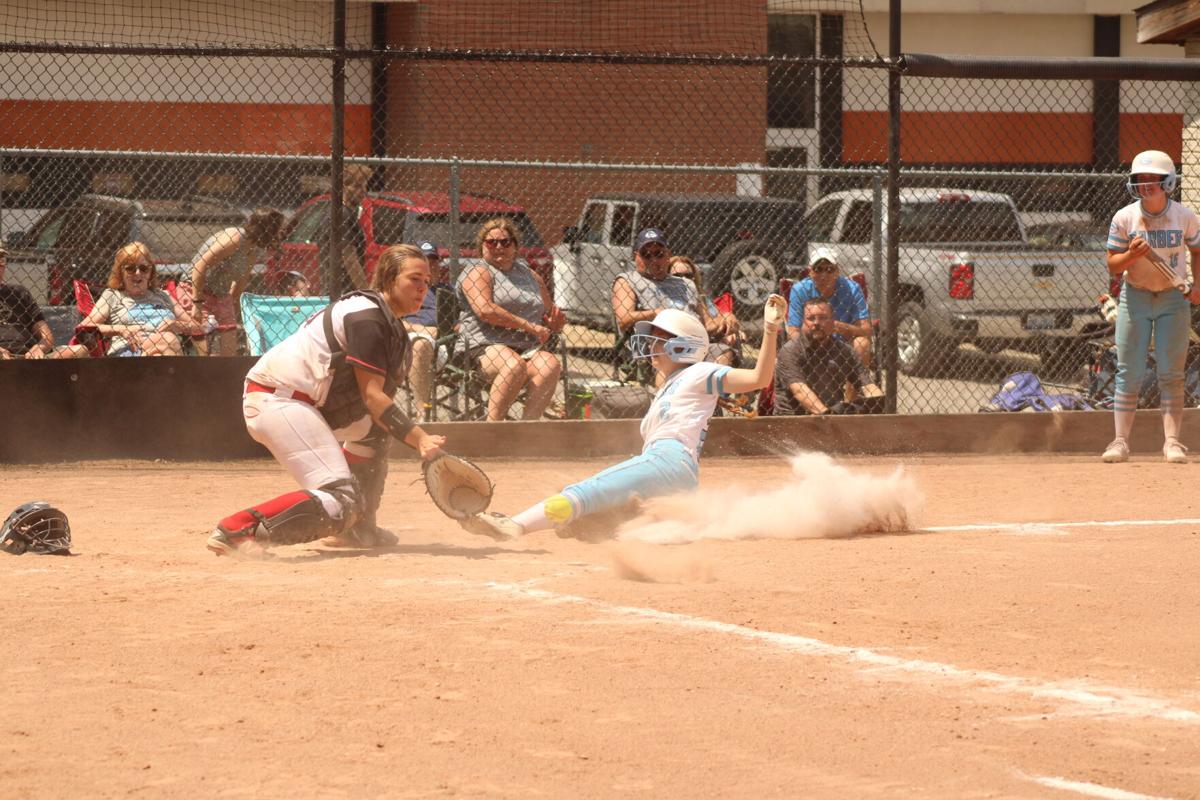 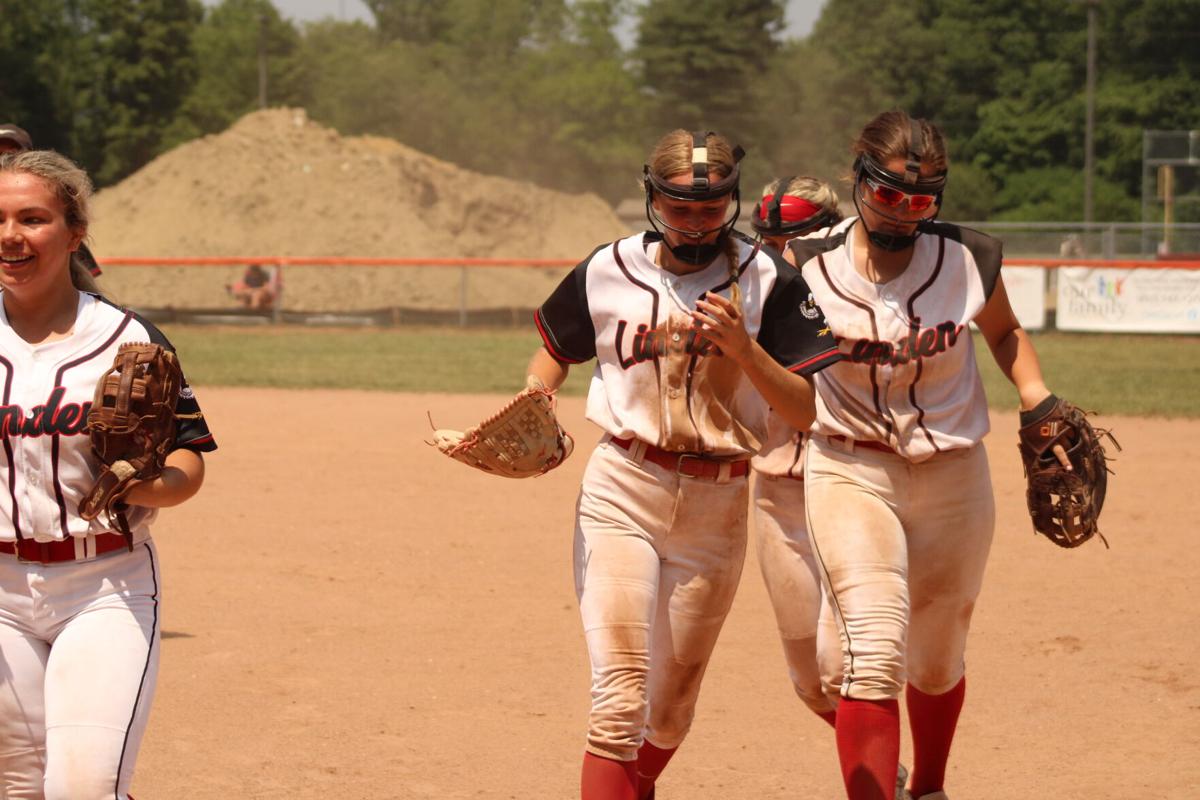 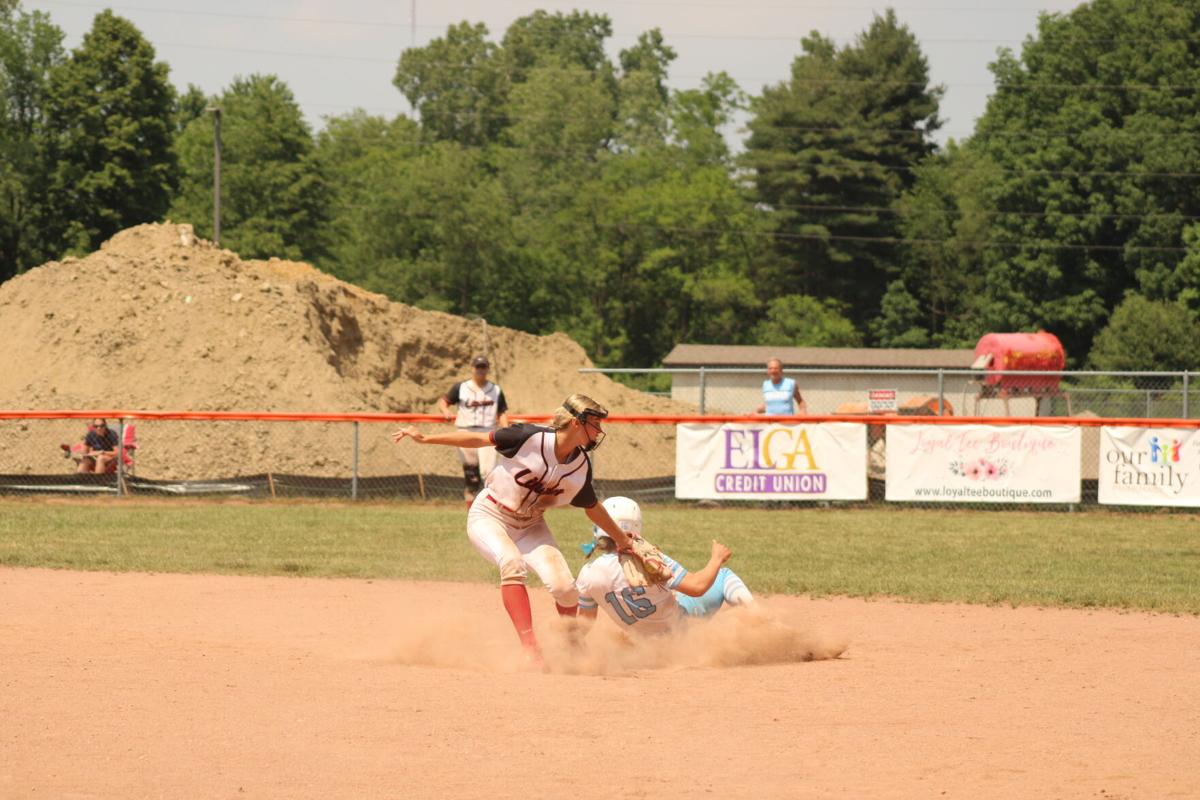 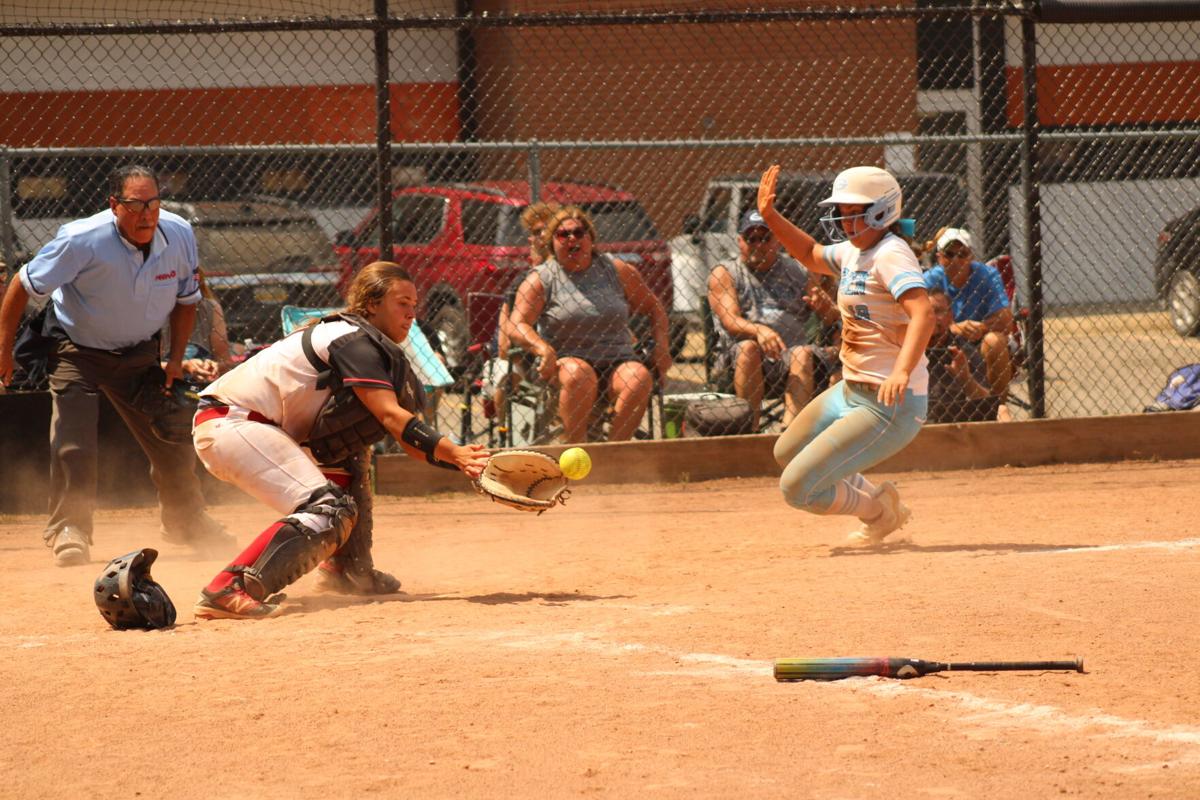 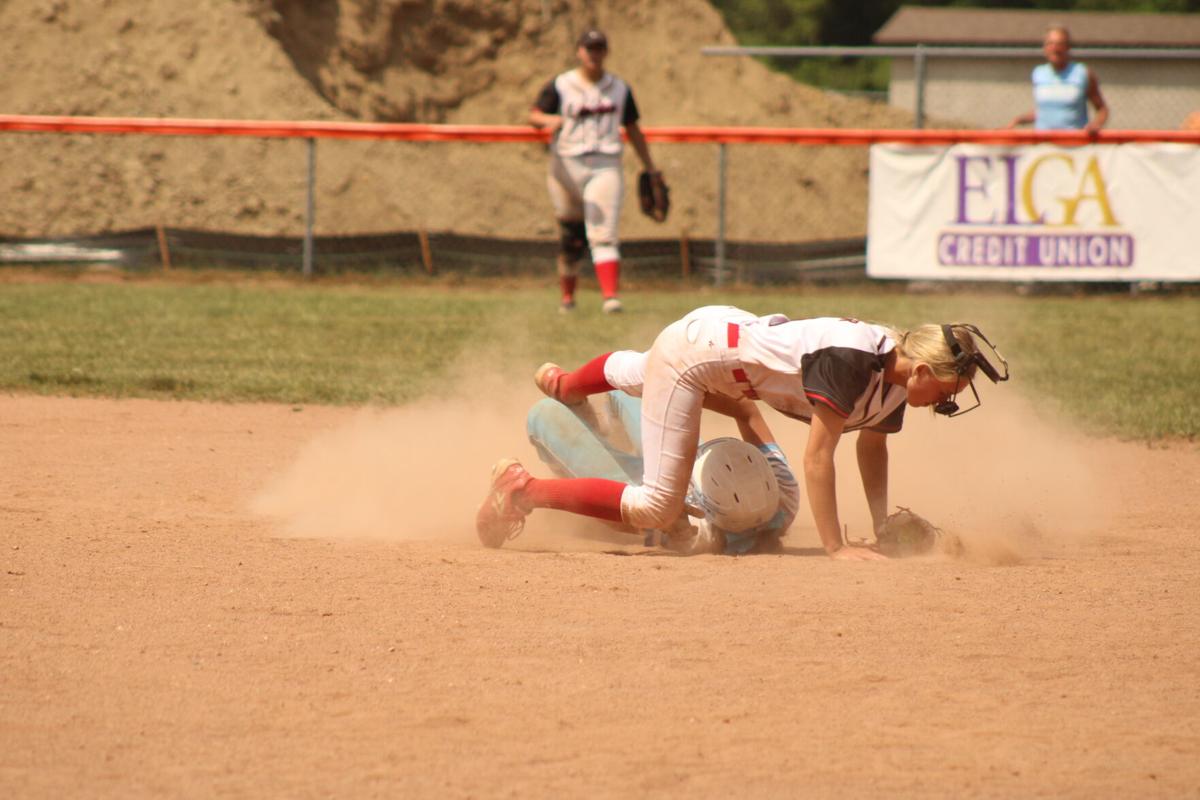 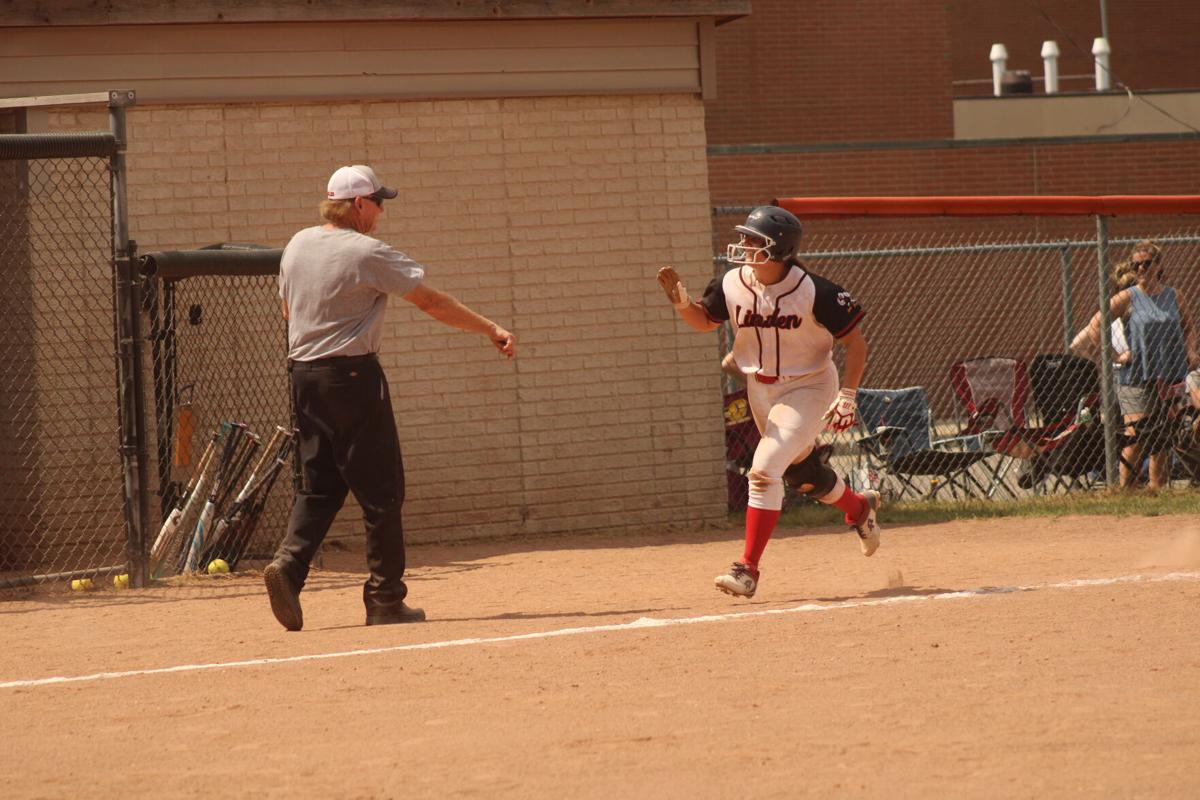 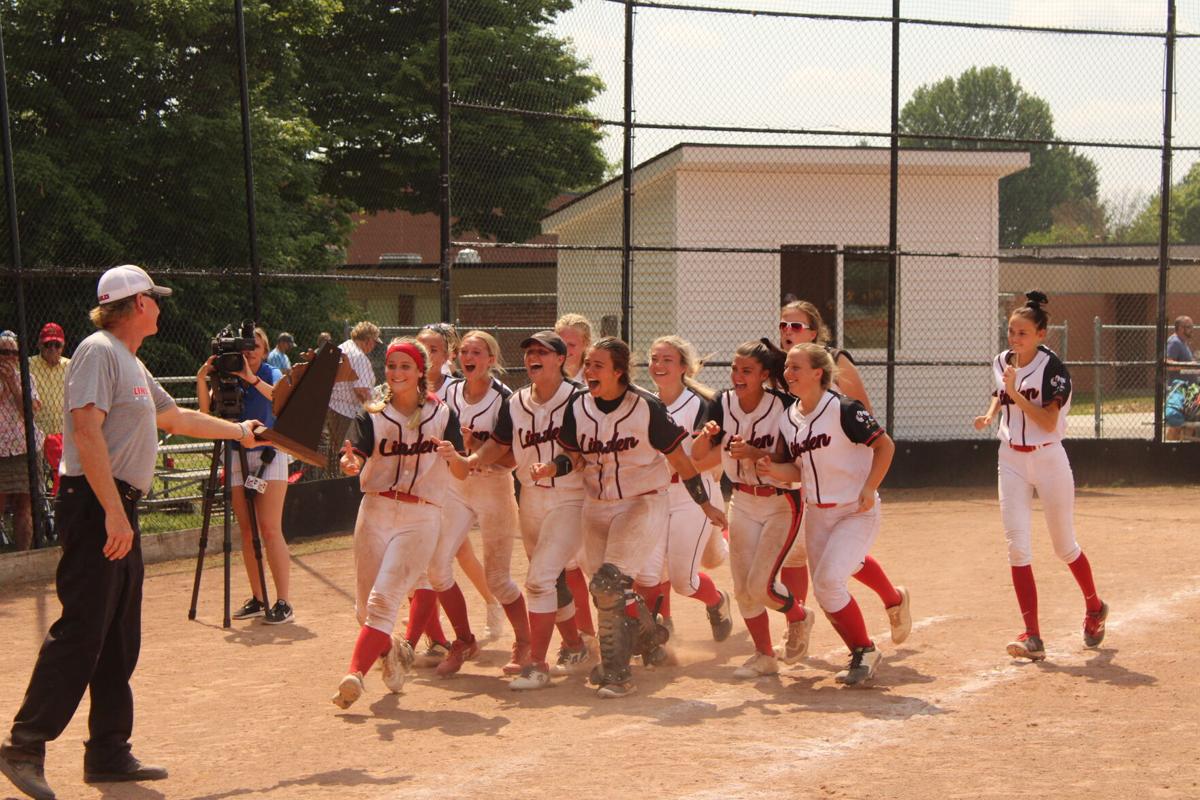 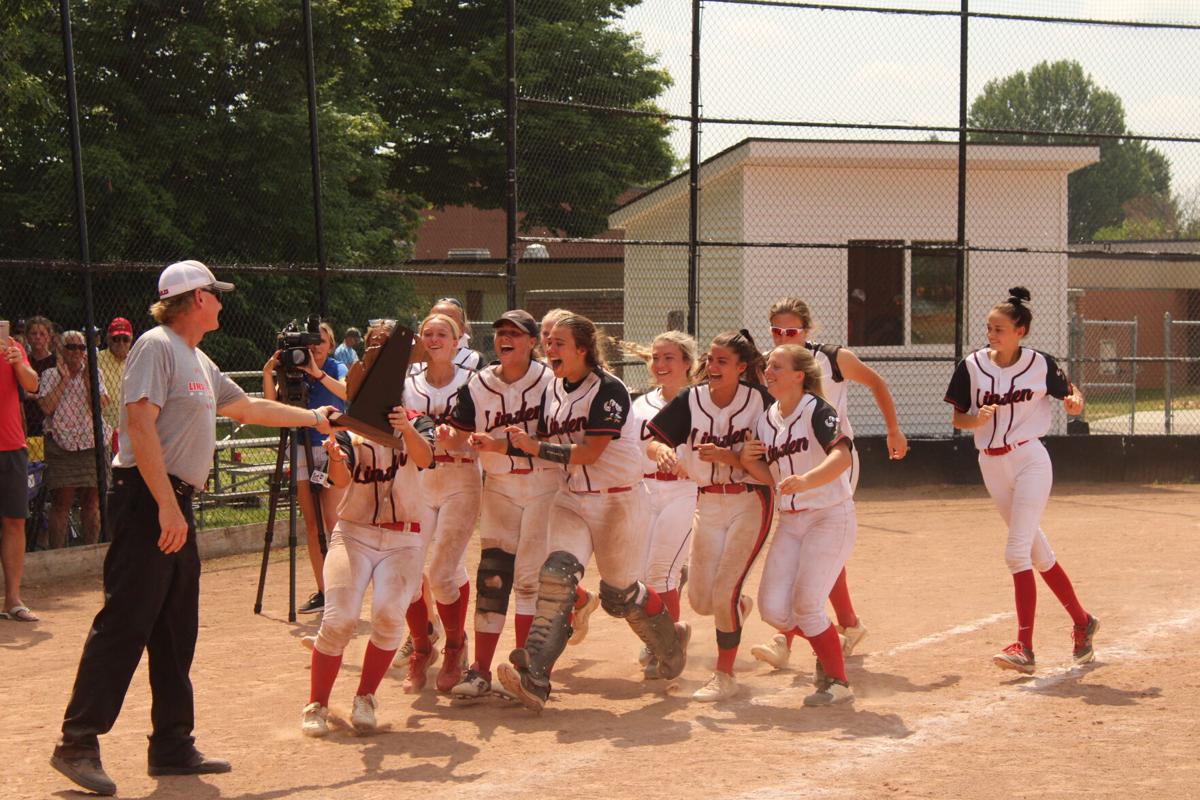 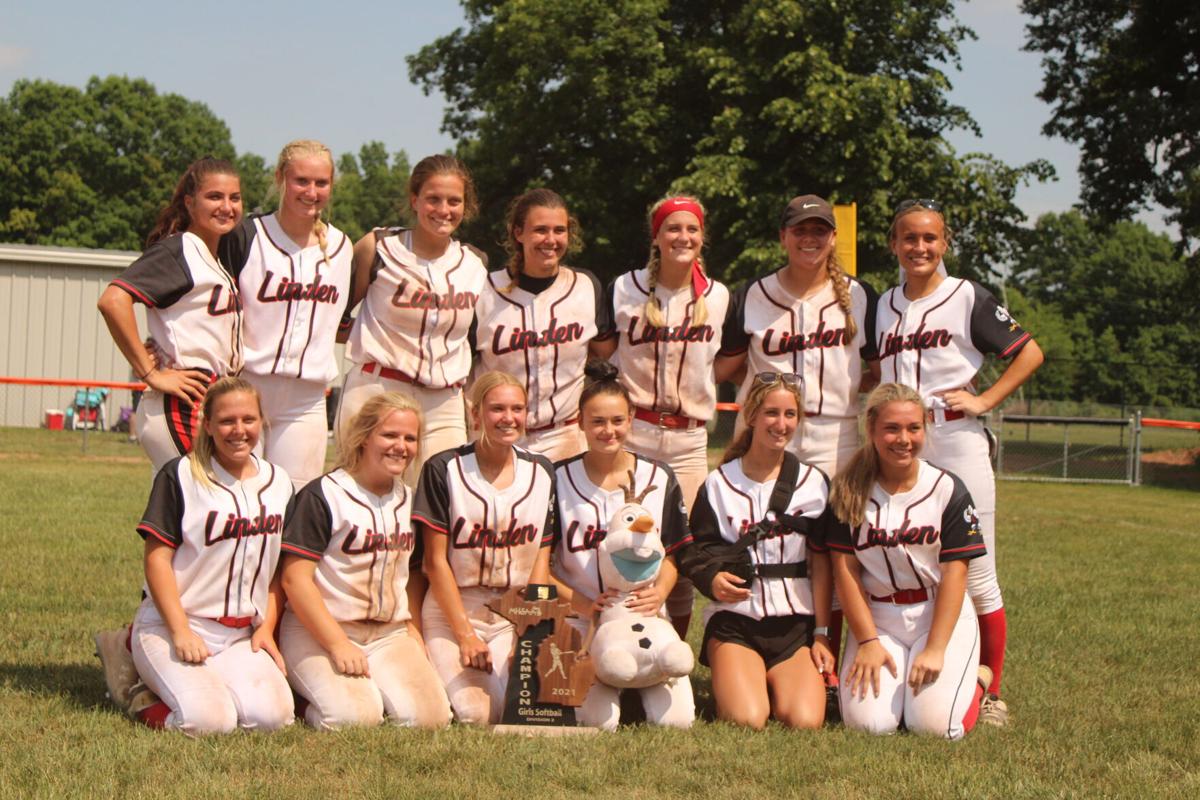 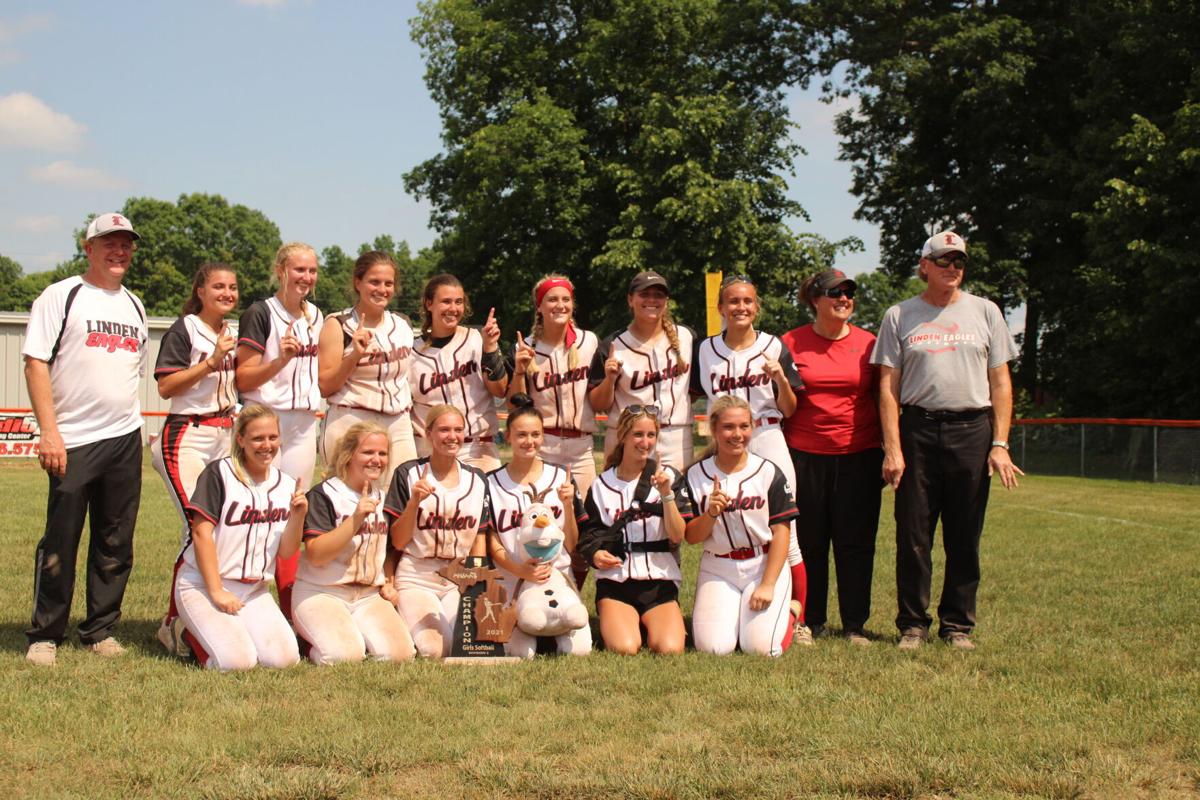 Clio — Haley Ludwig had just one goal when she came to the plate with nobody on and one out in the top of the eighth inning of the Eagles’ 3-3 deadlock with Essexville Garber Saturday in a Division 2 regional championship game at Clio High School.

“I was thinking to just make contact,”  Ludwig said. “I wanted to get it through so we can score and that’s it.”

Ludwig did more than make contact. On the second pitch she saw, she lined a shot beyond the center-field fence into a large dirt pile for a solo home run. It gave the Eagles a 4-3 lead, and an eventual 4-3 regional championship victory in the Clio regional.

The title, Linden’s second regional title in school history, means the Eagles will play in a Division 2 state quarterfinal game Tuesday against Marysville at Marysville City Park at 5:30 p.m. The last time the Eagles won a regional title was in 2013. That season, the squad advanced to the D2 state semifinal before finally bowing out of the tourney.

“I just remember thinking to myself to calm down, relax and you got this, and it’s nothing,” Ludwig said about her home run plate appearance.

“She’s been playing well this year,” Linden varsity softball coach Gordon Jamison said. “She did not feel good the other day when we were here for districts, so I’m not surprised to see her have a really good day today.

The squad, obviously, was thrilled with the regional championship.

“It means everything,” Ludwig said. “We are trying to go all the way so we really wanted this, and we are going to go far.”

“I’m really enjoying it,” senior Jordyn Hobson said. “I’m so glad we’ve come this far. We’ve been practicing together and getting along, and that’s what counts.”

The Eagles advanced to the regional championship game earlier Saturday when Linden defeated Imlay City 9-4 in the semifinal of the Clio regional. In that game, the Eagles scored three runs in the first inning, and never looked back. It looked like the championship game may follow the same pattern after Linden scored three runs in the top of the second inning of the title contest.

Emma Mossing started the threat with a walk and Ludwig and Cassie Sylvester followed with back-to-back singles, loading the bases. Starting pitcher Mikayla Timm helped her cause with an RBI-single, and Liv Burke followed with a two-run single. The Eagles led 3-0 and looked in great shape. However, Essexville Garber scored single runs in the second, third and sixth innings, eventually tying the game at 3-all. The run in the second was set up by a single by Jackie Brinkman, a sacrifice bunt by Kortney Kotenko and batted ball by Laney Kokaly that was booted by the Eagles’ defense.

The run in the third  was set up by an Alexis Linton double, that saw her advance to third on an error. She then scored on Lauren Claerhout’s suicide squeeze bunt, plating Linton. Finally, Emma Miller hit a solo home run to lead off the sixth, tying the game at 3-3. Essexville Garber actually had runners on first and third during the sixth as well, but a pop out by Ireland Michalak ended the threat.

In the top of the seventh, Linden’s Hobson doubled with one out and was sacrificed to third by Morse, putting a runner on third. However, a ground out ended that threat. In the Dukes’ seventh, Claerhout singled and stole second base with just one out. However, Timm got the final two outs with an infield pop out and a strike out, forcing extra innings.

In the top of the eighth, Ludwig hit her home run with one out. The Dukes were unable to present a threat against Timm. The first two batters flew out and the final batter struck out, earning the Eagles their second Divison 2 regional championship in school history.

“It was definitely a battle,” Timm said about pitching the complete-game victory. “The girl that hit the home run definitely rattled me, but I had to trust my team and my coaches. (In the eighth inning) I was a little nervous but I had trust in my defense and just gave it my all.”

“I just love these girls and we play so hard together,” Ludwig said. “We have such good teamwork and chemistry. We leave it all on the field and we love each other so much.”

“Of course, this means a lot. (The regional title) shows their resilience and how hard they work. We lost some good players last year, and we had underclassmen and juniors from last year that just stepped right up and picked up the pace.”

Timm tossed an eight-hitter over the eight innings, walking just one and striking out five. It took her 104 pitches to finish the contest, tossing 72 of them for strikes.

Ludwig and Hobson had two hits each. Ludwig finished the two games with a combined 5-for-8 with five RBI.