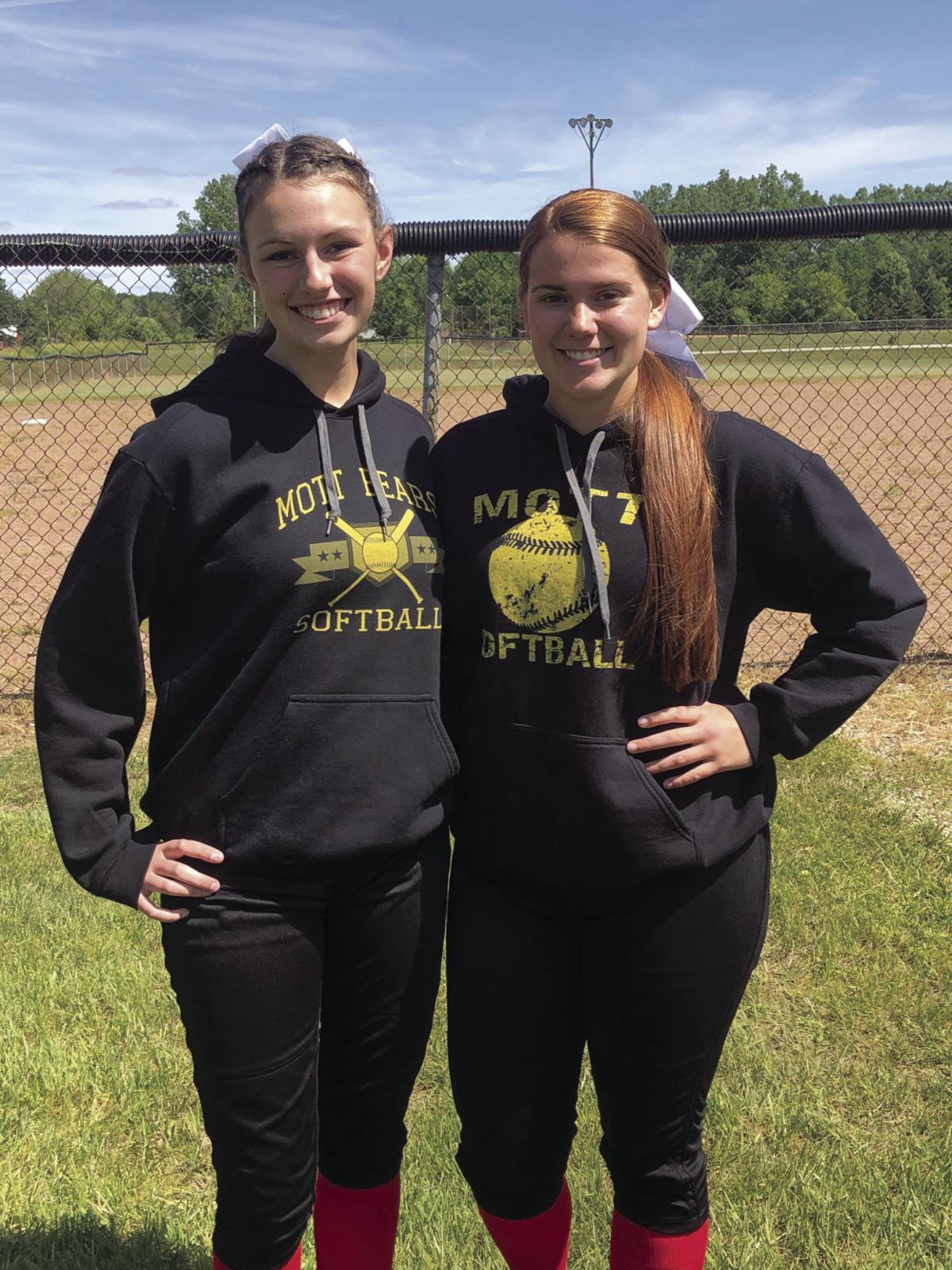 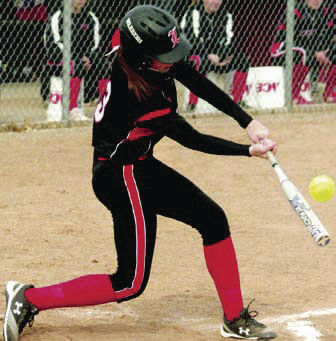 Two Linden varsity softball players who graduated this spring are headed to Mott Community College to continue their athletic careers. They are Katie Strickert (shown) and Jillian Widner. 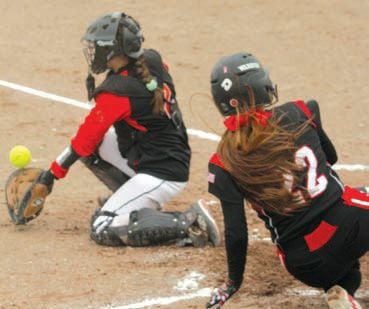 Two Linden varsity softball players who graduated this spring are headed to Mott Community College to continue their athletic careers. They are Katie Strickert and Jillian Widner shown here sliding into home.

Two Linden varsity softball players who graduated this spring are headed to Mott Community College to continue their athletic careers. They are Katie Strickert (shown) and Jillian Widner.

Two Linden varsity softball players who graduated this spring are headed to Mott Community College to continue their athletic careers. They are Katie Strickert and Jillian Widner shown here sliding into home.

Katie Strickert and Jillian Widner were hoping to make a little history during their final season with the Linden varsity softball team.

As juniors, the pair helped the Eagles win a co-Metro League championship.

However, with the COVID-19 pandemic, the pair (along with fellow seniors Ellie Klocek, Mikayla Dettman, Lauren Buerkel and Avery Koan) didn’t get that chance to win a second straight league crown and possibly advance much further than that.

However, the duo’s time together isn’t over just yet. They will be playing college softball on the same team — Mott Community College — during the 2020-21 school year.

“It’s always been a dream of mine to continue my softball career in college,” Widner said. “And it was amazing to find out I had that opportunity.”

“It’s a great opportunity to continue to play a sport that I absolutely love,” Strickert said. “It’s another opportunity to embrace leadership skills and be with like-minded individuals for a sport they also love. Overall, I think it’s amazing. After the pandemic, it’s great to be able to get the chance to experience it again after I missed it during my last high school season.”

“It’s a perfect fit for (Widner),” Jamison said. “She can be close to home with her three younger sisters and get a chance to watch them play while still getting the college experience of playing softball and travelling out of state. It’s a good fit for her and she’ll do really well.

“Katie really matured as a player (her junior season) and we were really looking for a lot of big things this year. I think she’ll do well at Mott. She has a lot of ability and she’s just coming into her own as a player.”

Despite missing their senior seasons due to the pandemic, both players made a considerable mark during their careers at Linden.

Widner was an All-Region, All-District, First Team All-Metro and a First-Team All-Tri-County player her junior season. Despite missing her senior season, she’s still the all-time home run leader in Linden history with 21. She hit a school season-high 11 in 2018, and also broke the school record with 59 RBI during that same year. She had a .406 career batting average with a .466 on-base percentage, collecting 152 hits and 46 walks.

She was particularly effective in Metro League games, collecting 10 home runs and 61 RBI in 46 games against league foes. She ranks No. 2 in school history with 133 RBI and 37 doubles. She also pitched a little bit, winning 10 games on the mound during her career.

Strickert enjoyed a career .305 batting average and hit .360 in Metro League games. She enjoyed a .378 career on-base percentage. Perhaps her biggest day in Linden history was when she homered in a 4-3 victory against Owosso, helping lead the Eagles to the Metro League title. If it wasn’t that game maybe it came in a 5-4 extra-inning win against rival Lake Fenton in a district game on June 1, 2019. She had three hits and drove in two runs during that contest. One was a double off the fence, driving in the game-winning run.

The 2019 Eagles were the first team to ever win a district and league title during the same season. The league crown was the first since the Eagles won the Metro in 1998.

Both are excited to continue their careers together.

“It’s a great experience to be able to come to Mott with a teammate. We are quite close and it’s exciting,” Strickert said. “There are other girls on the Mott team I’ve played with before on my travel teams, so that’s exciting as well.”

Widner was looking at going to school at Ferris State, Sienna Heights University and The University of Michigan Flint as well.

“I chose Mott because I realized staying close to home was the way to go for me,” Widner said. “Also, they have the degree I am interested in and I will be able to play softball for them.”

Widner said she expects to play in the outfield but hopes to play at first base as well.

“My goals when I get to Mott are staying focused on school, keeping a high GPA, and pushing myself to be the best me I can be in both school and softball,” Widner said. “I believe my role will be to step up and remain the leader I have been at Linden High School.”

Strickert thinks she’ll play in the outfield as well. She’s pursuing a career in business administration and hopes to transfer to Alma College eventually. She wants to minor in communications.

“(They) told me I will probably play in the outfield which I’m beyond thrilled to be playing,” Strickert said. “I love leftfield in particular.”

Both said the Linden program helped get them the chance to play at the collegiate level.

“The coaches provided a great example of what leadership is like,” Strickert said. “Again, they helped me a lot with my college choice. ... They allowed me to build character and confidence not only in myself but my teammates. The program helped me become the person I am today and leader I am today.”

“Linden has taught me so many different things and skills,” Widner said. “Growing up in Linden, I started by playing Little League where I learned all the key basics about softball. Then onto middle school and high school. I not only got the chance to meet such amazing friends and coaches, but every practice I learned something new and made it my goal to master all the new skills. I will never forget Linden softball and all of the great memories.”