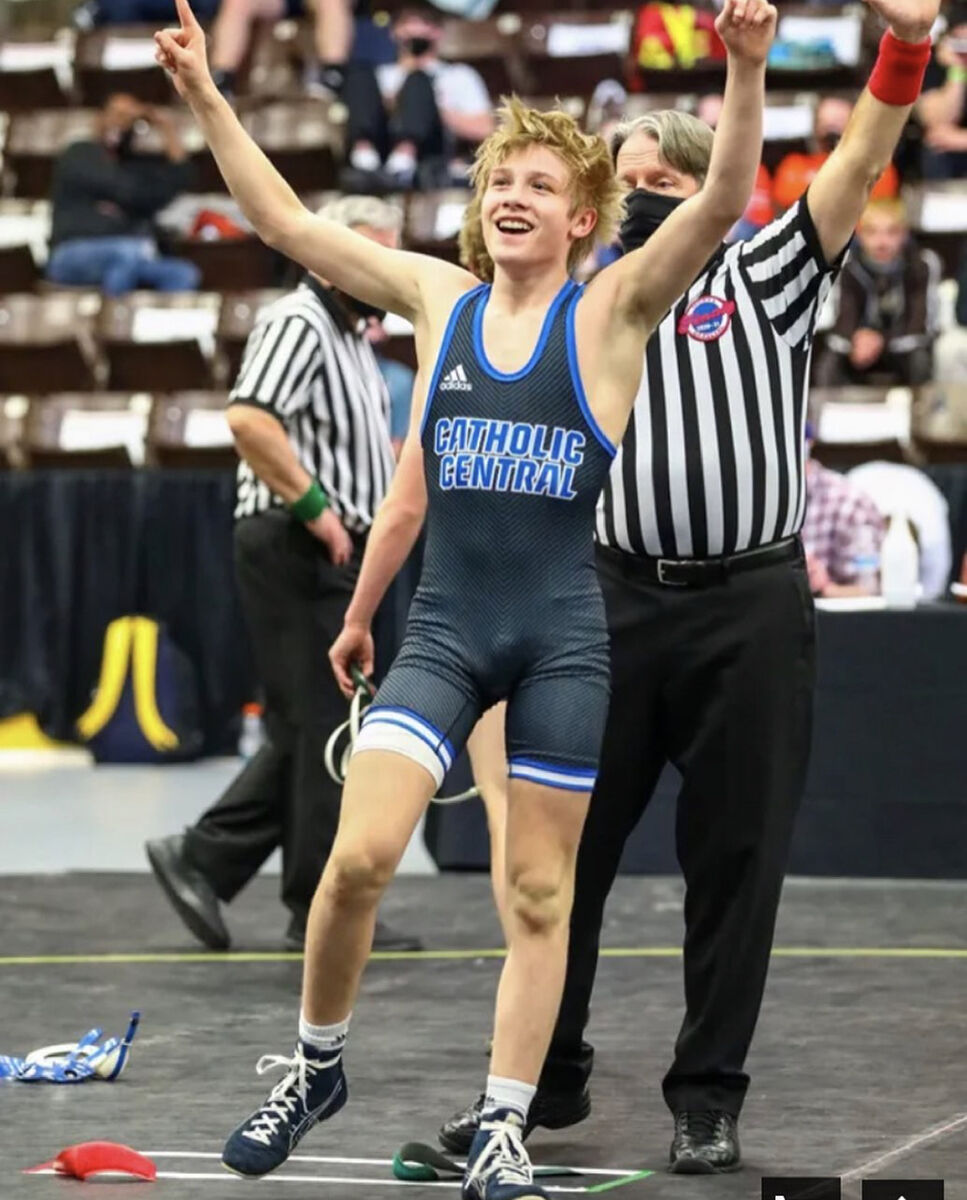 Drew Heethuis came close a year ago to his ultimate wrestling goal.

During his sophomore season this year, the Linden resident got more than close. The Detroit Catholic Central wrestler accomplished his ultimate goal.

Heethuis defeated Howell’s Zach Phifer in the state championship match by a 9-5 decision.

“This championship is pretty much one of the main goals of what I have been working toward my whole career,” Heethuis said. “To be able to finally capture that goal is pretty special and a great feeling to have.

“The (state championship match) was pretty simple really. I had four takedowns and an escape while he had five escapes for him. I just got to my attacks and executed them to the best of my ability and it all worked out in the end.”

Heethuis started the meet with an 11-3 major decision victory against Grand Haven’s Hefzur Rahman in the opening round. In the quarterfinal, be defeated Stoney Creek’s Cade Odrobina by tech fall. In the semifinal, he edged Dakota’s Orion Wilson by a 7-1 score, earning him a spot in the title match. A year ago, Heethuis earned a third-place finish in the 103-pound class. This year’s tourney was held on just one day.

“Having the tournament in one day definitely gave the whole state meet a different feel, and kind of made it seem smaller than it really was, so that sort of helped me with the nerves of the postseason and made it easier to step onto the mat,” Heethuis said. “I wouldn’t say that changed anything in the aspect of how I approached the tournament, but it definitely changed how I rested through the day, and what I would do during the breaks in between matches.”

Heethuis and his DCC teammates also had an exciting trip through the team state tournament as well. Detroit Catholic Central ended up finishing as the state’s D1 runner-up squad. In the quarterfinal round, the Shamrocks defeated Wyandotte Roosevelt 67-3 and then defeated Hartland 55-13 in the semifinal round. Davison defeated DCC in the title match by a tight 29-24 score.

“To come so close to the first-place finish as a team definitely stings, and it will sting for awhile, but it will only fuel all of us in the long run to come back hungrier than ever,” Heethuis said.

Lamka (145) started out strong, earning a technical fall victory against Dexter’s Jacob Joyce in the opening round. However, he lost his next two matches, meaning he didn’t place overall. Lamka finished the season with a strong 34-4 record overall.