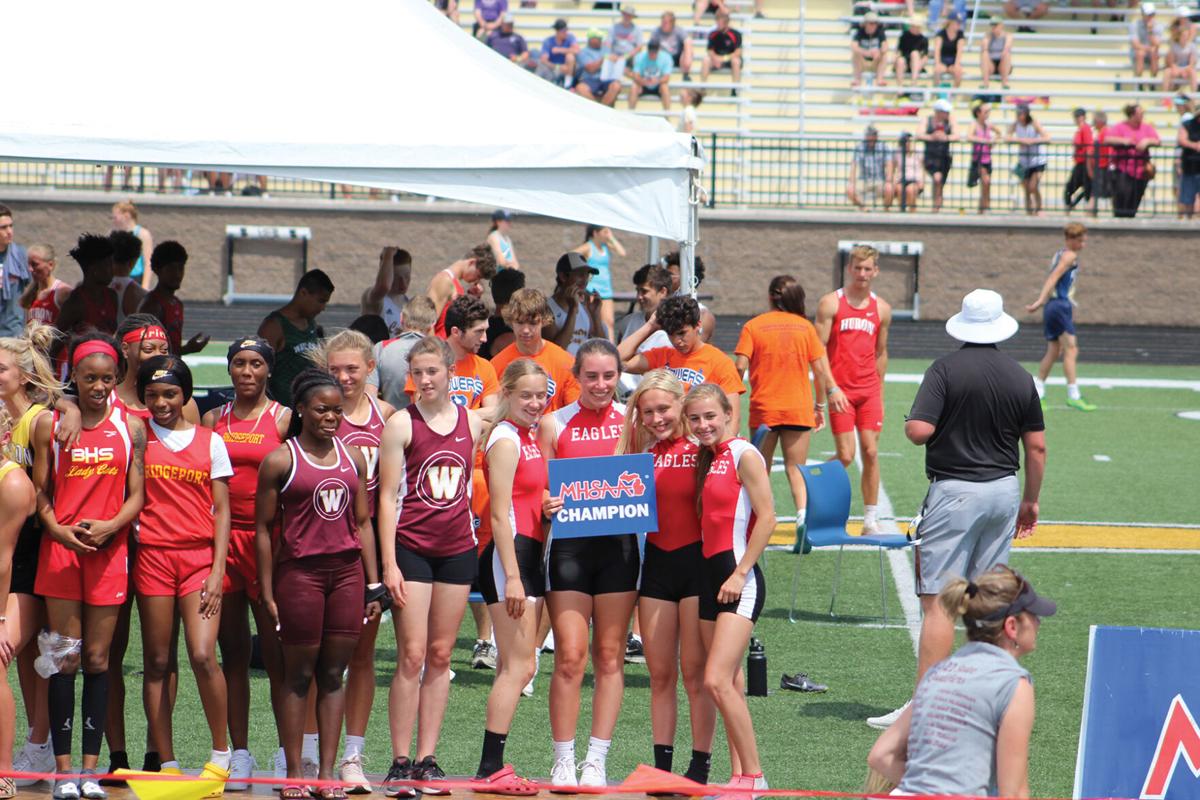 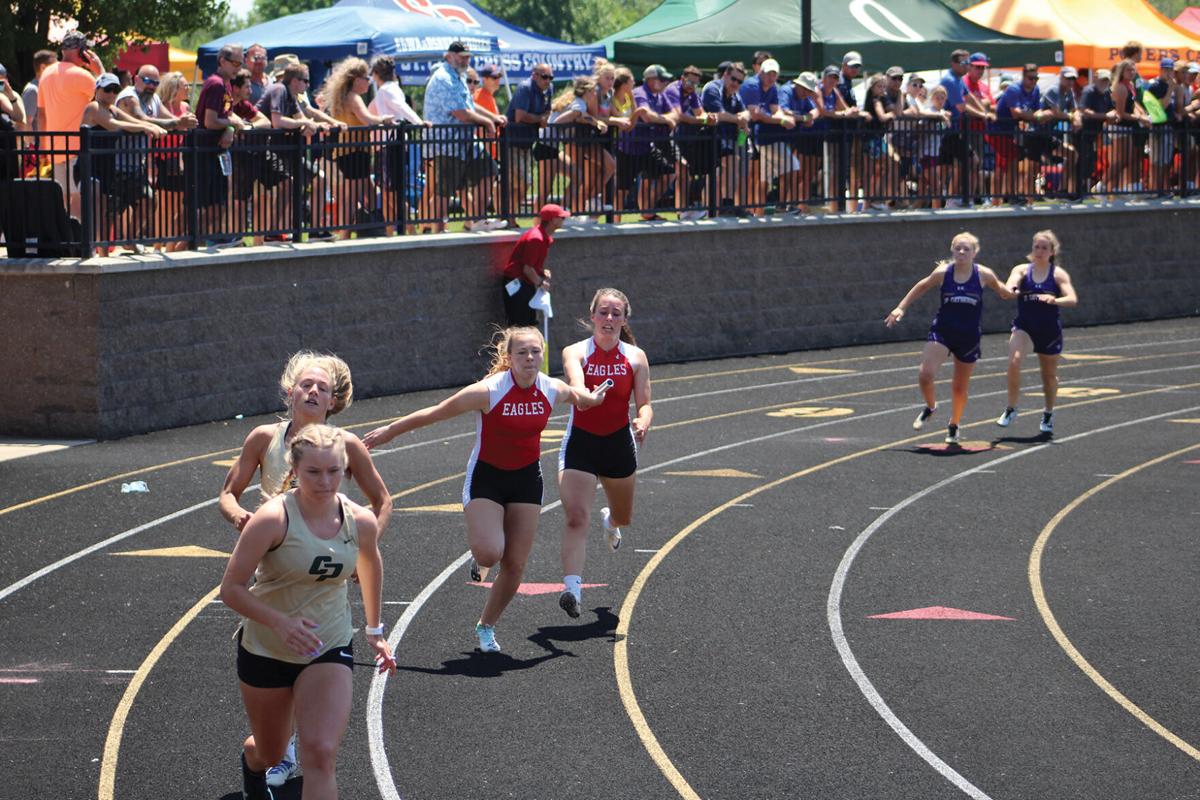 Linden’s Lani Manners hands off to Kynleigh Copeland during the 800 meter relay. The Eagles took eighth in the event at the state meet.

Linden’s Lani Manners hands off to Kynleigh Copeland during the 800 meter relay. The Eagles took eighth in the event at the state meet.

About halfway through the season, Linden varsity boys and girls track coach Ben Cox started to realize that his girls 400 meter relay team had some potential.

“About halfway through the season we realized they had something good going,” Cox said. “At Williamston they took a full second off their personal best and we kept the relay members the same from then on, and they continued to take little bits of time off every single time.”

That trend continued right down to the Division 2 state meet. The Linden girls 400 meter relay team of Lani Manners, Lauren Goodman, Kennedy Hoose and Victoria Osmond captured an event state championship with a time of 50.36 seconds, .26 seconds ahead of Parma Western’s second-place team.

“We really didn’t know what to expect at this meet, so being able to follow through on where we were seeded felt good,” Goodman said. “Seeing Victoria Osmond on that last stretch and seeing her pull off from the other girl was the best feeling in the world. Right after the race, I ran to Lani Manners to give her a hug because this is her senior year and this is what she had been striving for her whole high school career.”

“It’s still sinking in, but I’m finally realizing how cool it was,” Cox said.

Goodman, who has been known to run with a smile on her face during her events, had something to smile about in the 200. She was seeded 20th, but placed eighth in the prelims (27.03) to earn a spot in the final.

She placed eighth in the final (27.69). She also helped the 800 relay team improve its seeding en route to placing eighth with the squad of Manners, Kynleigh Copeland, Osmond and herself.

“In both events we were not ranked so well. I was ranked 20th in the 200 and we were 17th in the 4X2, so being able to get up to All-State was the best experience,” Goodman said.

And about her smiles?

“I never noticed it in the beginning but I saw pictures and realized it,” Goodman said. “I love running and I’m happy to be part of the team. I’m excited to see what the next three years bring.”

The Eagles had seven athletes at the state meet and six earned All-State honors.

“We walked away with six all-state performers. I told the parents that wasn’t normal,” Cox said. “Almost everyone on the state qualifying team earned all-state honors, so I’m happy and honored they performed so well.”