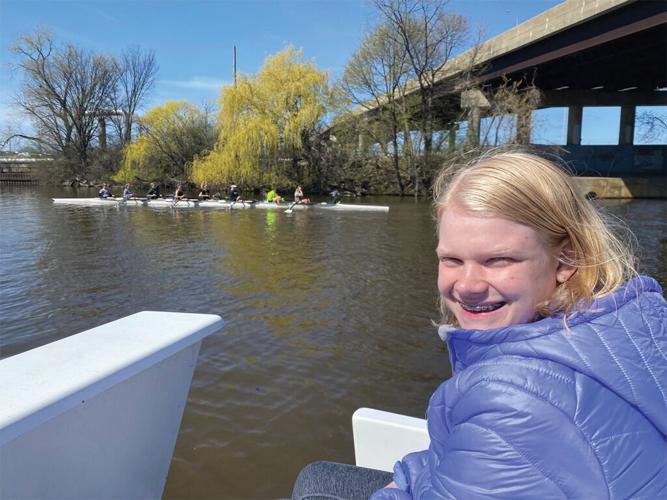 Fenton resident Molly Katic has signed a National Letter of Intent to be a part of the Michigan State girls rowing team for the next two school years. 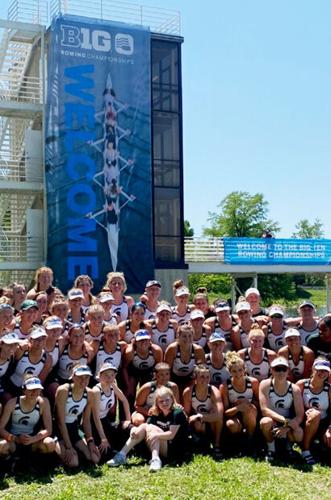 Molly Katic (front middle) is a member of the Michigan State women’s rowing team for the next two seasons.

Fenton resident Molly Katic has signed a National Letter of Intent to be a part of the Michigan State girls rowing team for the next two school years.

Molly Katic (front middle) is a member of the Michigan State women’s rowing team for the next two seasons.

Molly Katic has been an athlete her entire young life.

Now, entering her freshman year at Fenton High School this fall, she was a two-mile runner for the Andrew G. Schmidt girls middle school team the last two seasons. When she was younger, she was a veteran to the Wednesday Night Races scene at Linden County Park and has finished 5K races at Linden’s Price Airport. Her athletic career has included playing soccer and gymnastics as well.

The fact that Katic has Cerebral Palsy has never been an excuse to her when it comes to athletic events. She’s going to compete.

So when she had a chance to sign a National Letter of Intent for a two-year commitment to the Michigan State rowing team at the end of last school year, of course she signed. And now, Katic has another sport she can add to her resume.

Through a nonprofit organization called Team IMPACT, Katic officially signed a National Letter of Intent and is now doing some of the tasks that the MSU women’s rowing team does in order to get ready for their season. Katic learned about the program through Team IMPACT through one of her therapists.

“It’s been fun. I like it a lot. If I had to rate it, I’d probably rate it a 10,” Katic said earlier this summer. “I like going out on the water and going on the erg (an indoor rowing exercise machine). I go on the launch (a boat that the coaches ride on), and I follow the girls on the boat.”

Katic isn’t the only one in the family that has a connection to the Michigan State women’s rowing program. Her mother, Jill, competed on the squad when she went to Michigan State. Back then, the team was a club sport. Now, it’s a varsity sport with the Big Ten Conference schools competing for a conference championship. Prior to Molly joining the program, the family went to the homecoming parade last year and Jill wore her 1992 crew sweatshirt. The rowing team saw her and took a photo with Jill. Little did they know there would be another family connection to the squad in a few months. The team was reminded about the past meeting during the signing celebration.

“It was about four to five months before we got involved with Team IMPACT,” Jill said. “They didn’t know who I was or remember the photo then, but they remember it now.”

Team IMPACT’s goal is to partner children with disabilities or life-long illnesses with college sports teams to help the students eliminate the social isolation that comes with their physical conditions.

Molly will take part in as many team activities as she can based on her own academic, physical training and family schedule. There is fall training, but the major portion of the rowing season happens in the spring. The league season concludes with the Big Ten Championships in mid-May.

Being with the organization has already taught Molly many valuable lessons.

“It’s taught me that anything is possible,” Molly said. “Not just that, but it’s taught me a little more how I can handle my legs and that kind of stuff.”

She also has learned how to use the erg effectively.

“I thought (your power was generated) by your arms and not your feet. You have to push with your feet, lean forward and then slide back, power back with your legs and then lean into your arms,” Molly said. “And then you have to do it again.”

Molly’s running career remains on her mind as well. She recently attended the Wings of Mercy Runway 5K race, watching her older brother, Nathan Katic, take home the top spot in the event. She wants to run that race again next summer because she likes the track. She has completed races there twice in the past.

“What I’m going to do is strengthen my legs and maybe be able to run (the Wings of Mercy Runway 5K race) next year,” Molly said.