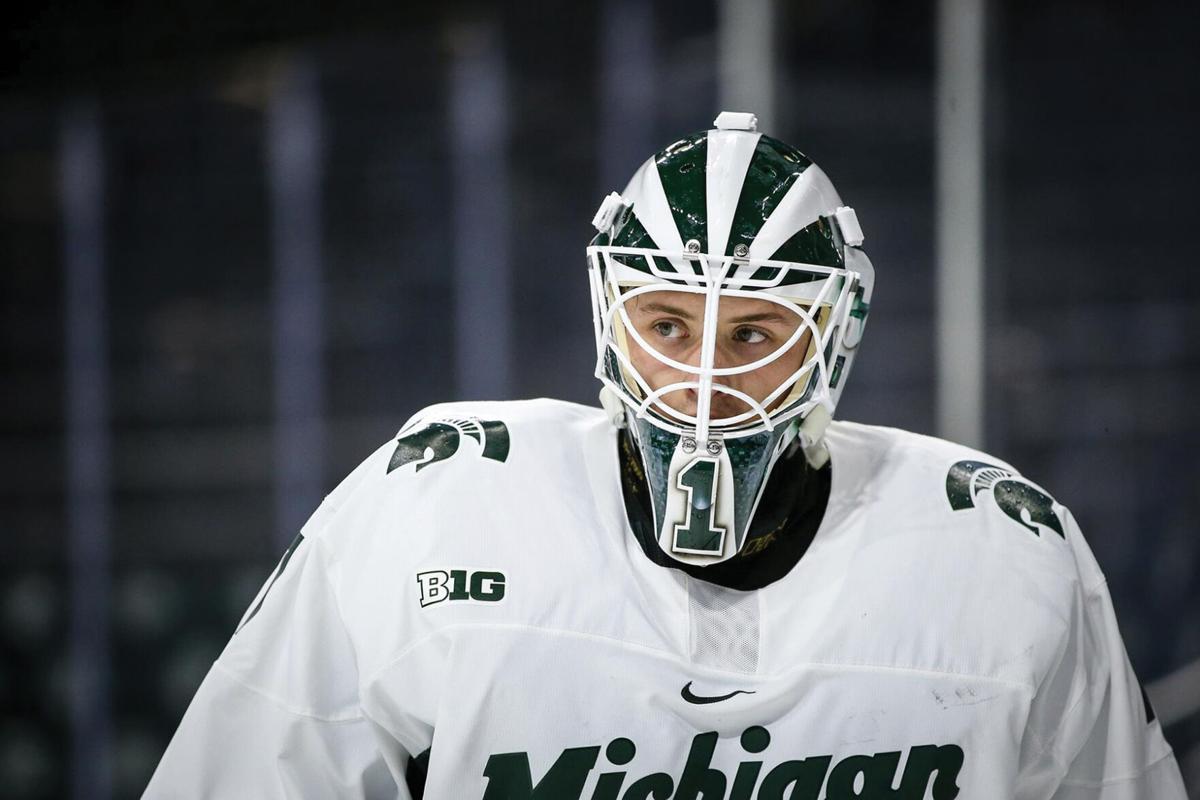 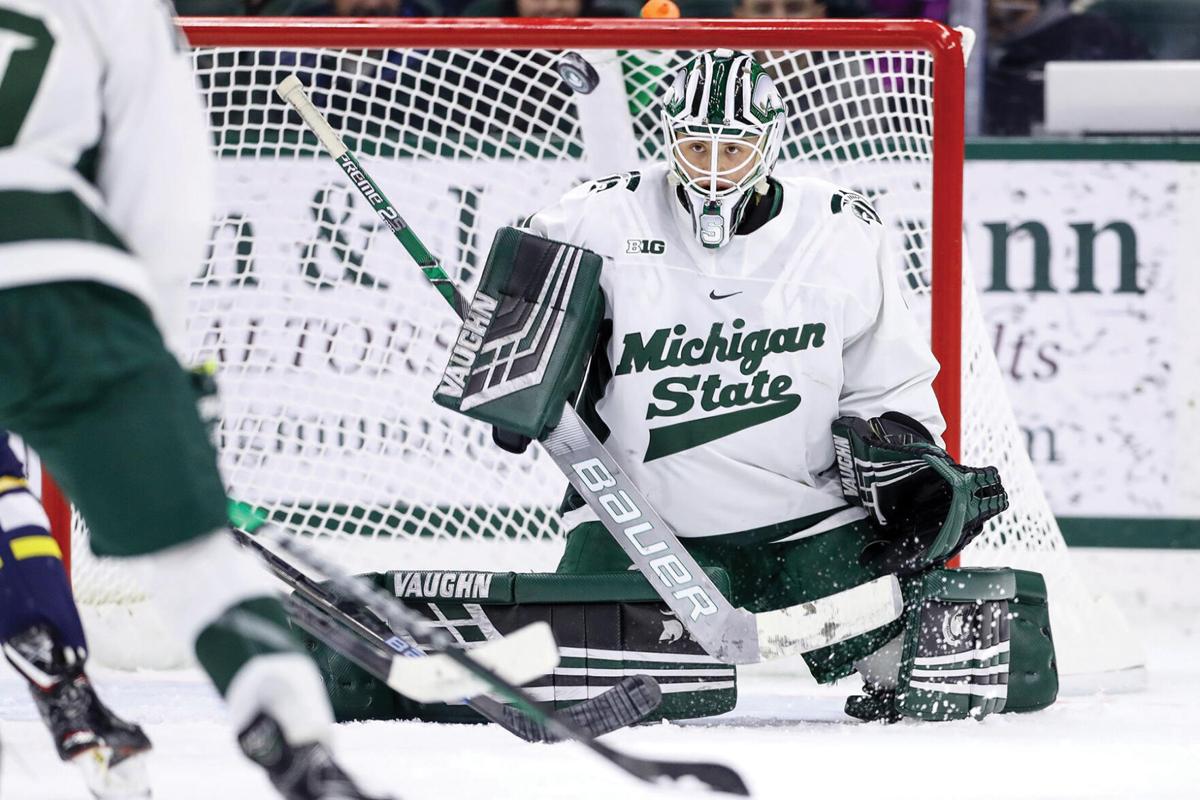 First, the junior earned the starting position in between the pipes to start the season. Second, in early December he was named the Big Ten’s Second Star of the Week. Since then, he’s soared to even higher heights, earning the Big Ten’s First Star of the Week twice. He was named the First Star for the first time when he made 89 saves and posted a 95.7 save percentage, helping the Spartans post a 1-0-1 record against 16th-ranked Notre Dame at the time.

He earned it again on Jan. 5 when he helped lead the Spartans to a 1-1-0 record against the Penn State Nittany Lions, making 64 saves and posting a 97.0 save percentage in the two recent contents.

On Dec. 19, DeRidder made a season-high 47 saves against the Fighting Irish in a 1-1 overtime tie at Notre Dame’s Compton Family Ice Arena, a game played on NBC Sports Network.

DeRidder held Notre Dame’s power play off, stopping three power-play chances, including three minutes of a major penalty in the final period. Then, the Spartans were shorthanded again with 1:46 left in overtime, but DeRidder and the Spartans held on to earn the tie.

“He was outstanding. He made a lot of good saves and took care of rebounds,’’ Michigan State coach Danton Cole said. “He was square to the shooters, quick to the post and

did an outstanding job positionally and athletically.’’

A day later, the Spartans won a 4-3 overtime victory against the Irish as DeRidder made 42 saves.

On Jan. 4, the Spartans returned home and lost a heartbreaking 1-0 verdict to the Nittany Lions. DeRidder was outstanding in the contest, saving 28 of 29 shots, including a breakaway by Penn State’s Kevin Wall with 12:30 left in regulation. The only goal allowed came with 2:56 left in the first period by Penn State’s Sam Sternschein.

In his most recent performance he allowed just two goals on 38 shots in the Spartans’ 3-2 victory against the Michigan Wolverines at home Saturday.

DeRidder has played in all 12 of the team’s contests and has posted a 5-5-2 record in those contests, recording one shutout. He’s saved 94 percent of the shots he’s faced and is allowing just an average of 2.03 goals a game. Both numbers are career bests for DeRidder.