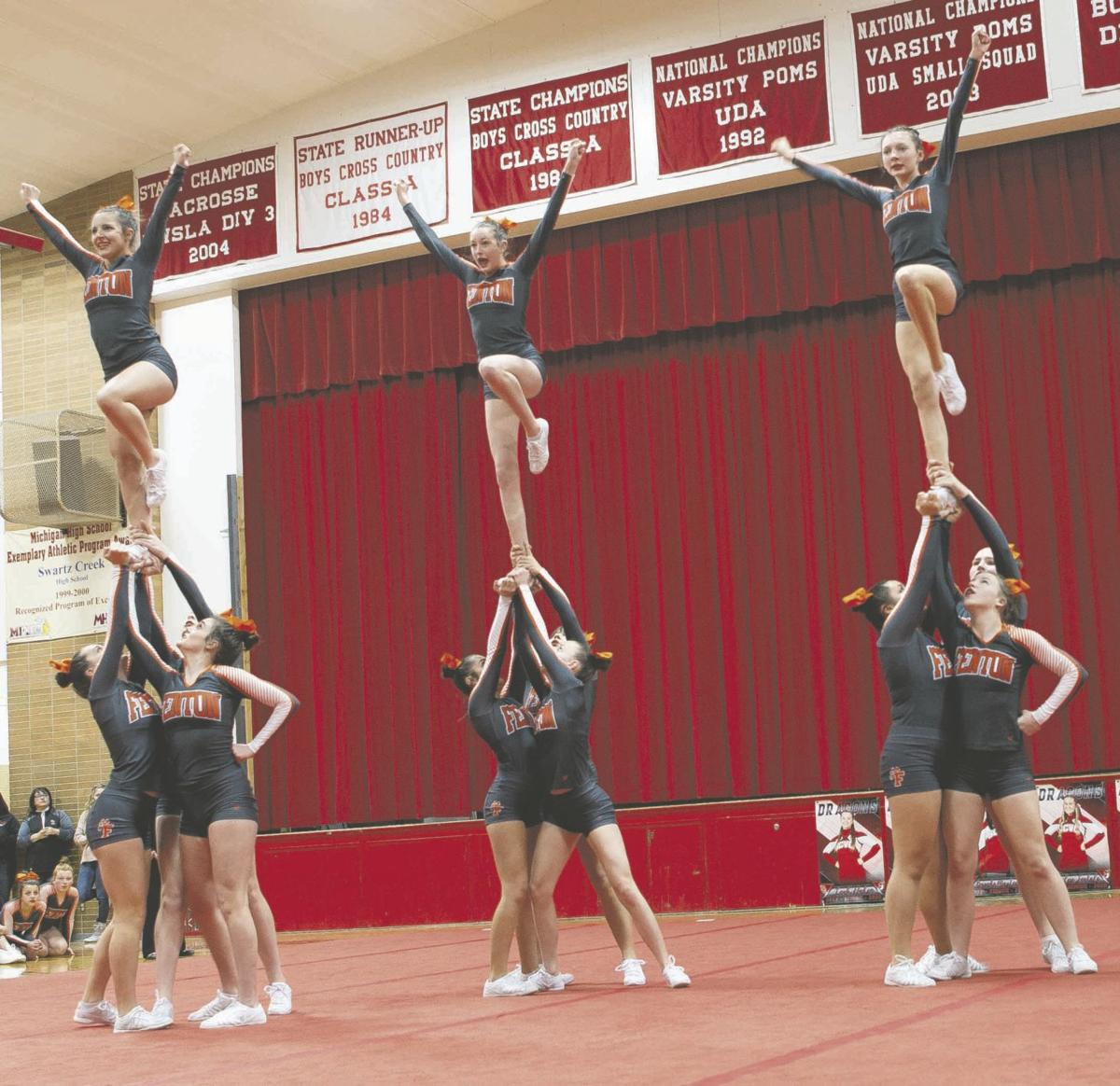 When it came to the tri-county area schools, the Fenton varsity competitive cheer team earned bragging rights within the Flint Metro League.

Fenton and Lake Fenton entered the final Metro League Jamboree Meet tied in the overall standings, but the Tigers broke that tie by taking fourth in the event held at Ortonville-Brandon High School.

Fenton posted a total team score of 708.48, finishing about 24 points behind first-place Flint Kearsley. It marked the third straight meet the Tigers posted a team score of over 700 points.

Linden has steadily improved, placing 10th in the first jamboree, eighth in the second jamboree and sixth on Wednesday. The Eagles posted what was their best performance of the season, scoring a 689.54. Linden recorded a season-best 213.60 round one score, a 189.74 in round two and a season-best score of 296.20 in round three. The team’s total score was about 31 points better than any of their team scores this season.

The Holly Bronchos finished ninth in the first two jamborees but jumped to seventh at the final event.

They earned that placing by tying their season-best round one score (216.00) and pretty steady season scores of 190.44 and 280.40 in rounds two and three. The Bronchos total team score of 687.04 was about 84 points and 103 points better than their scores the first two jamborees.

Lake Fenton had a strong showing in terms of the Blue Devils’ total score. They posted a 683.10, which was less than a half-point behind their season-best mark. They had their best round one score of the season (218.60), and repreated that feat in round two (192.20). The Blue Devils followed those performances with a 290.30 in round three.