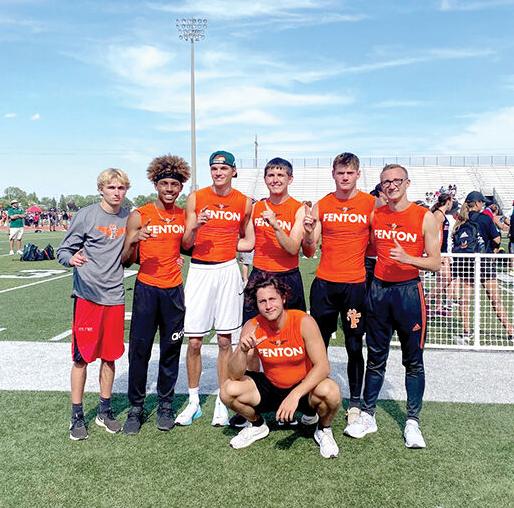 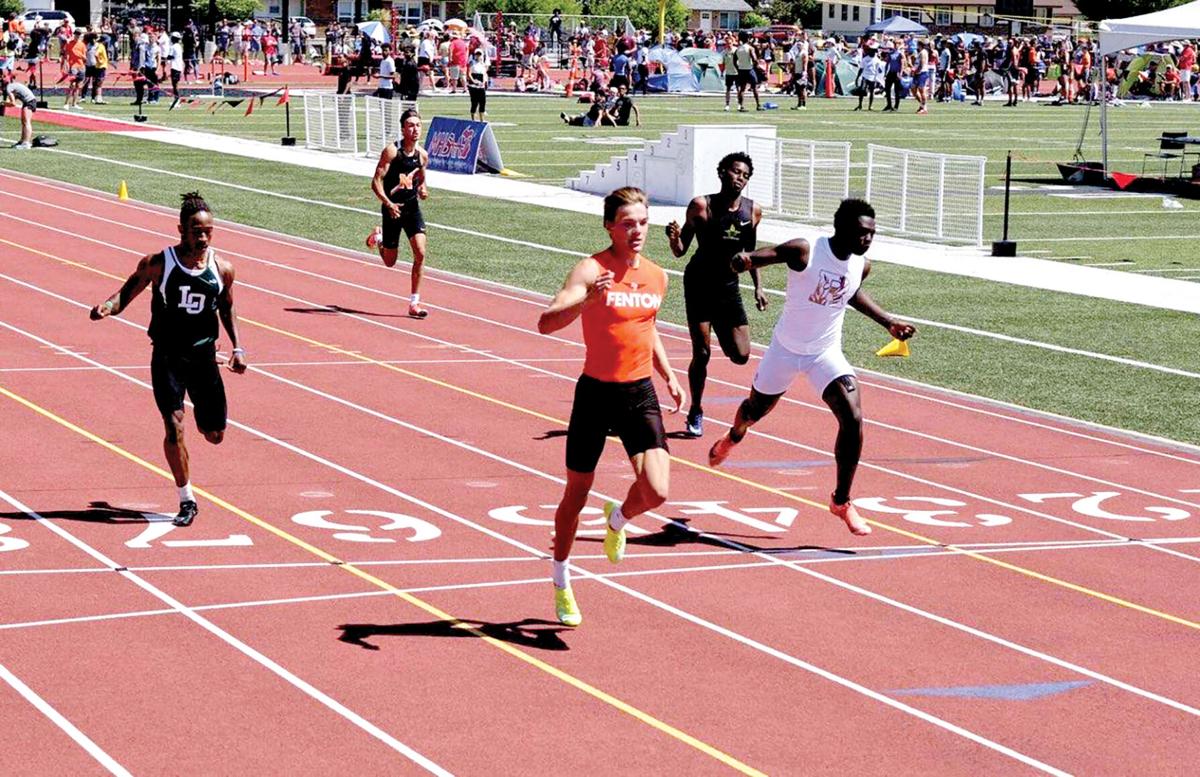 Noah Sage competes in one of his events at the event.

Noah Sage competes in one of his events at the event.

That was the seed the Fenton Tigers needed.

“My sophomore year we had a good group of guys (and placed 10th in the state),” Fenton senior Noah Sage said. “We had so many guys returning in 2020 that we knew we had a chance (at a team state championship) in 2020.”

That didn’t happen due to the COVID-19 pandemic. But it still planted a seed in the team’s mind what may be possible, and when the 2021 track season began those seeds started to create some strong roots.

“It’s like indescribable. It’s amazing,” senior Brandon Miller said. “I knew the team we had this year was really special and I’m so thankful we could pull it off. Early this year I knew we had a few kids that wanted to do it, wanted to be better and with the proper drive in practice knew we could have a good season.”

“It’s exhilarating,” Fenton varsity boys track coach Anthony McMillan said. “It’s a dream come true. We had a goal of trying to accomplish this. ... It was really an honor to be able to compete in a meet of that magnitude and come out on top. We are the little dog in the fight with a lot of big dogs and we got to the top of the mountain. It’s humbling and I’m elated what these guys were able to accomplish. But if we didn’t push for the goal we couldn’t have achieved it. They wanted to leave a legacy at the school. They worked their tails off to accomplish that legacy forever.”

Miller’s trek was pretty amazing considering he had to deal with a case of COVID-19 earlier this season. It set his training back but didn’t keep the Grand Valley State University-bound athlete from being part of three seconds. His time of 21.27 seconds in the preliminaries of the 200 was even better than his finals time.

“(The 200) was a good race,” Miller said. It was my sixth race of the day and I had no energy left. It was hot day, a 90-degree say. My foot was blistered up from the previous races. It definitely took a lot of manning up to race that, and was very thankful to take (second).”

Miller’s 100 final had a bit of adversity.

“There was a bit of a mishap and the gun went off and it tripped me up. I was the last one to leave the blocks,” Miller said. “It’s unfortunate. You put the hard work to get there and then it doesn’t go your way, but I’m still thankful to have the state runner-up title. The kid who took first (Brother Rice’s Udodi Onwuzurike) is one of my best friends and I train with him over the summer and winter.”

Sage earned his second with a personal-best time of 47.41 in the 400. It took an all-time new MHSAA final time of 46.52 by Carman-Ainsworth’s Terrence Muex to beat Michigan State-bound Sage.

“I had competition from the Carm kid who is very athletic and a great runner,” Sage said. We both ran well and we got to the last 50 meters and he had more in the tank. I’m going to go to Nationals and work on that. That race was a learning experience on what to work on for the next meet.”

The 800 meter relay team of Donovan Miller, Sage, Koch and Brandon Miller recorded a school-record time of 1:28.23, and missed the state title by .11 seconds.

“We had something like a 15-meter deficit when I got the baton,” Miller said. I chased down the kid in first and almost caught him, but I didn’t have enough room on the track.”

“We were seeded third and came in second,” Sage said. “We have four guys and that’s the best we ran. It was a PR so we have nothing to be mad about.”

Miller and Sage were the heart of the team, with at least one of the two taking part in every event the Tigers scored points.

“They have forged a legacy now that other people can follow. They’ve created a pathway,” McMillan said. “They are two special athletes. When I saw them as freshmen and saw what they were able to do as freshmen and see the big stage wasn’t too big for them, I figured by the time they were seniors they’d do special things. ... They will go down as two of the fastest kids who have ever walked in the schools at Fenton.”

The Fenton boys had other competitors at the meet. Justin Miller placed ninth in the high jump (6-0), while Orion Schwiderson competed in the pole vault but didn’t clear the initial height.