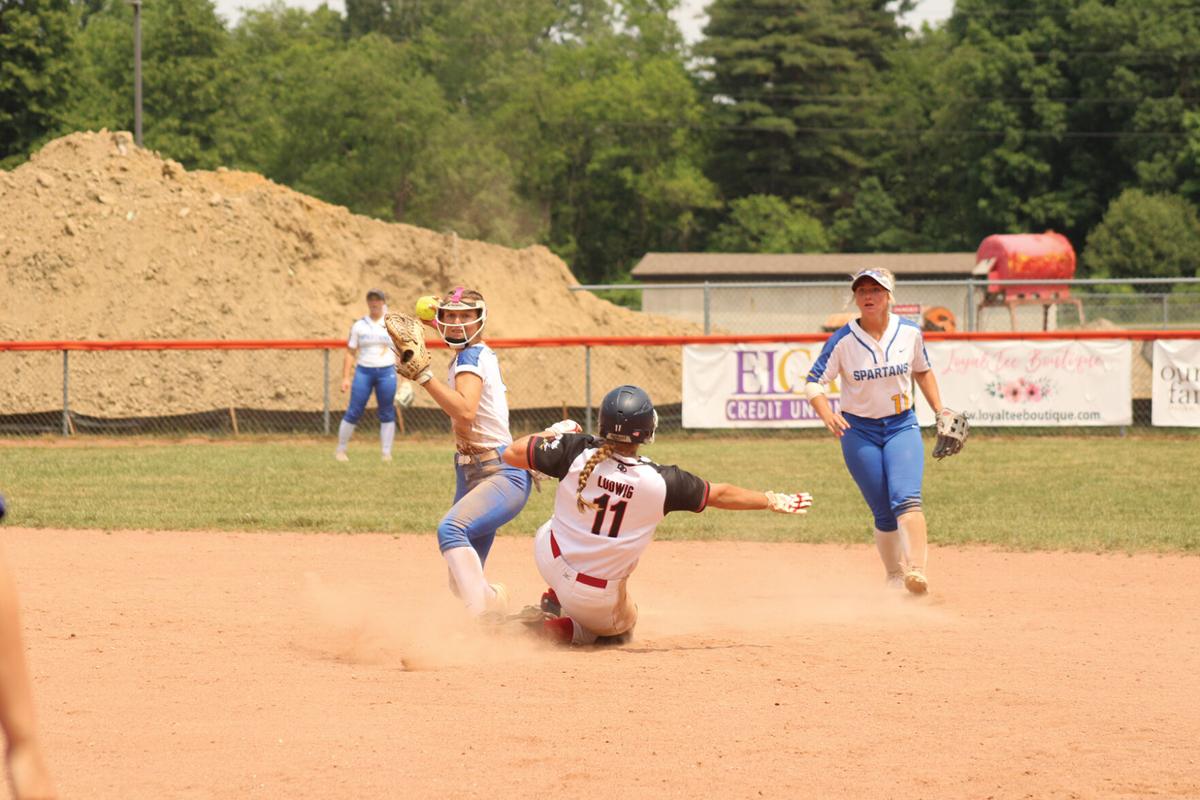 Linden’s Haley Ludwig slides into second base trying to break a double play during the Eagles’ 9-4 victory against Imlay City. Photo: David Troppens 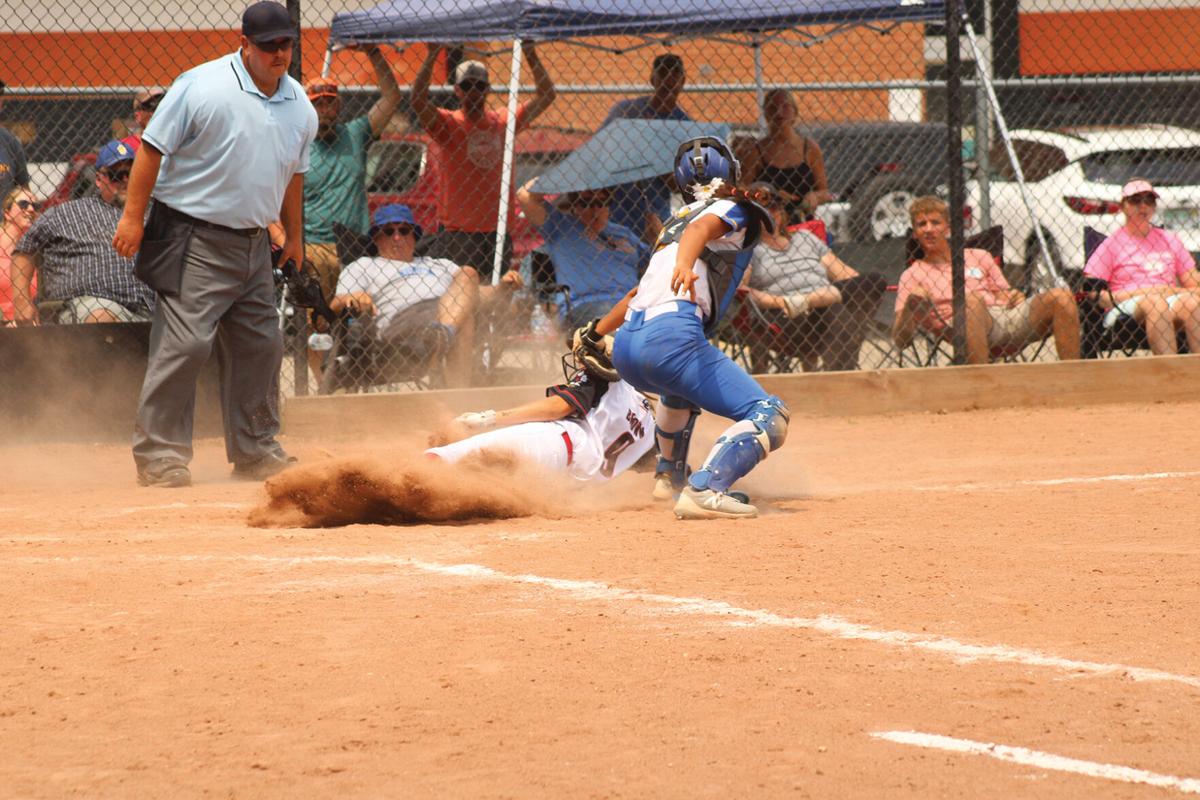 Linden’s Haley Ludwig slides into second base trying to break a double play during the Eagles’ 9-4 victory against Imlay City. Photo: David Troppens

Clio — Offense was the name of the game for the Linden varsity softball team when the Eagles faced Imlay City in the regional semifinal contest on Saturday.

The Eagles jumped to a 3-0 lead in the first inning against Imlay City and never trailed. The first inning started with four of Linden’s first five batters reaching base. Jordyn Hobson began the game with an infield single and Maddie Morse walked. Hannah Bollinger

singled, loading the bases just three batters into the contest. An out later, Haley Ludwig hit a three-run double, giving the Eagles a three-run lead.

Imlay City closed the gap to 3-2 in the bottom of the second inning with the aid of two Linden errors, but the Eagles would score three more runs in the top of the fourth to establish a sizable 6-2 lead.

The third inning’s big blow was a three-run home run by Liv Burke. It was set up by singles by Ludwig and Mikayla Timm. If the third inning didn’t establish a large enough lead, then the three-run fifth inning did. Back-to-back singles by Morse and Bollinger started that inning. There was an error on Bollinger’s single, enabling Morse to score and moving Bollinger to second.

Imlay City scored a run in the fifth inning and also another in the sixth on a solo home run . However, that’s as close as the Spartans got. Hobson scattered eight hits and walked just one batter en route to the complete-game victory. Two of the runs she allowed were unearned (both in the second inning).

“I felt good,” Hobson said. “I was hitting my spots and everything. I was happy about that.”

Offensively, Ludwig collected three hits and four RBI, while Bollinger and Timm chipped in two hits each. Both had a double between their two hits.