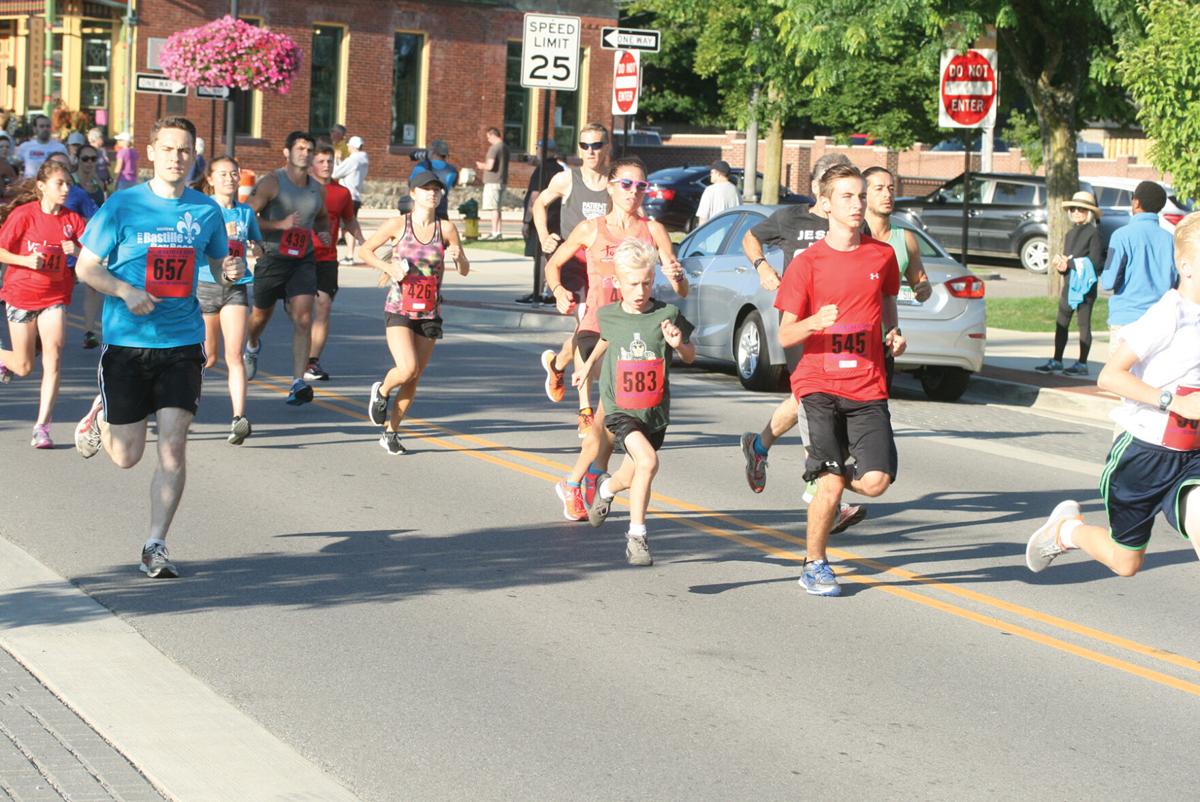 Sue Larsen  (behind runner 583)  has won 10 Bastille Day Run titles, making her the leader in the event’s history. 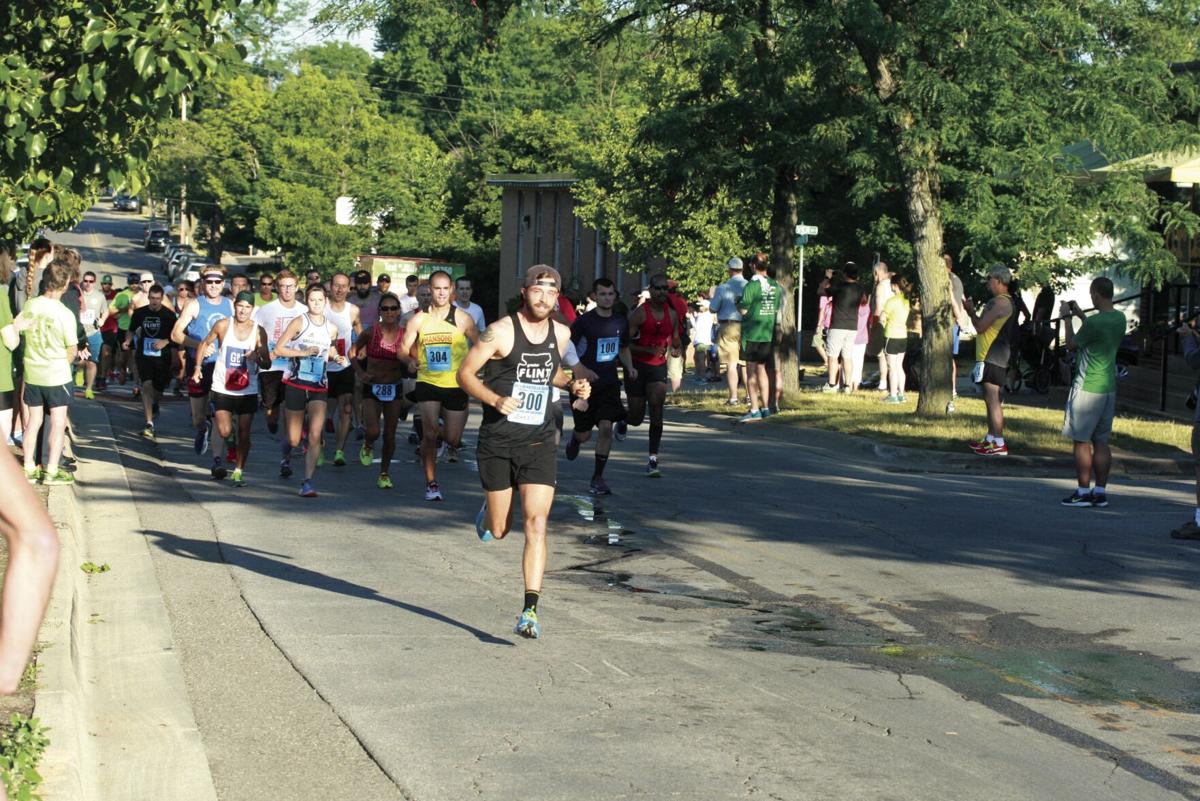 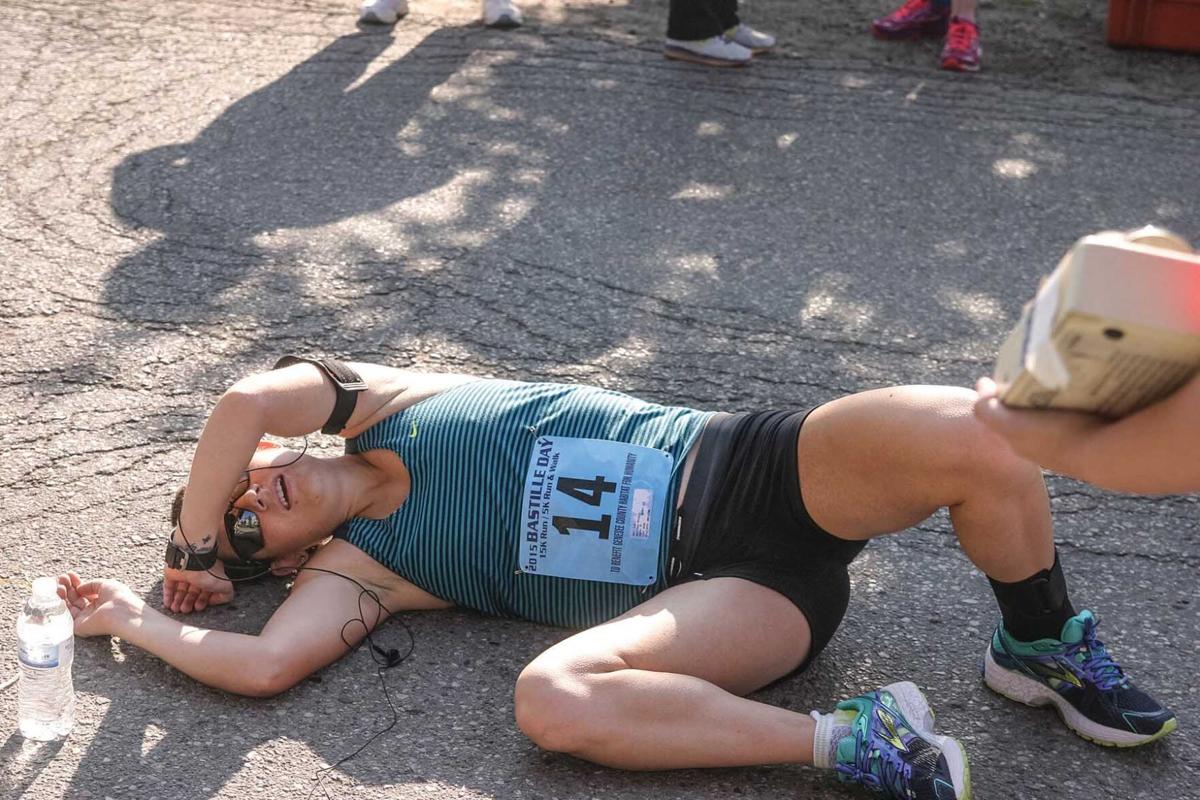 Kelsey Bragg didn’t look like she won the 15K women’s event at the 2015 Bastille Day Run, but she did. It was one of three straight 15K run championships she won. 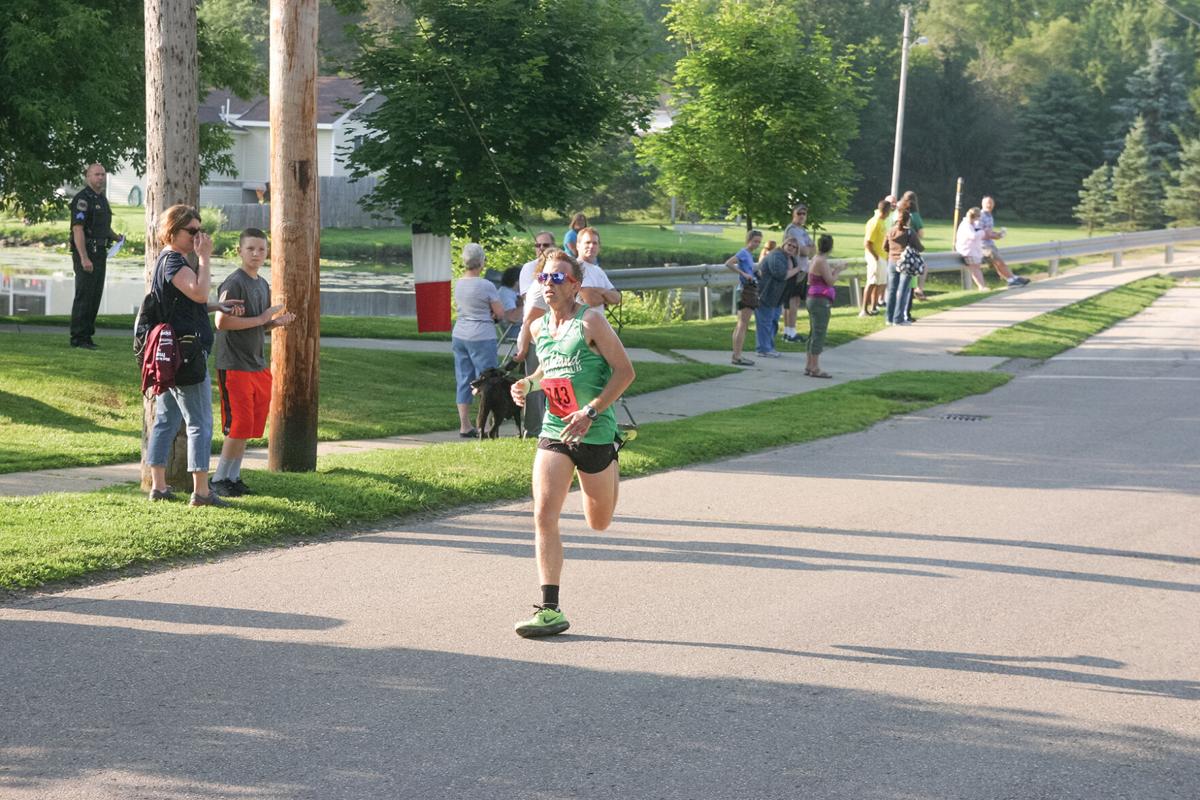 Holly graduate Michael McCarty (right) holds the record for most men’s 5K run titles, winning three. The Bastille Day Run has been hosted in Fenton since 2002.

Sue Larsen  (behind runner 583)  has won 10 Bastille Day Run titles, making her the leader in the event’s history.

Kelsey Bragg didn’t look like she won the 15K women’s event at the 2015 Bastille Day Run, but she did. It was one of three straight 15K run championships she won.

Holly graduate Michael McCarty (right) holds the record for most men’s 5K run titles, winning three. The Bastille Day Run has been hosted in Fenton since 2002.

It started in 2002 with just a 5K run and walk competition.

The champions for the first Bastille Day Walk and Run had a local flavor as Kirk Walrath (16:18) won the men’s division and Karen Alexander (20:20) won the women’s division of the 5K run. The 5K walk victors were David Pichey (28:03) for the men and Stephanie Konsza (30:17) for the women.

This season’s won’t be happening around the streets of Fenton due to the COVID-19 outbreak, so to celebrate the annual event, the sports staff has decided to honor it by looking back at its past.

Winning spouses: Eric and Sue Larsen may be the first couple running in Fenton, and during the first 15K race in 2003, the couple proved it. Husband Eric was the overall winner with a time of 52:04. Not too far behind Eric was his wife, Sue, in 1:00.48.

“There were a lot of good runners out here,” Eric said. “It is a really nice feeling to win. I was happy with my time.”

“I was happy with my performance,” Sue said. “I thought I could be up there with the top few women.”

The first 15K race drew 186 runners and there were 609 participants in the three events. That was up from 530 during the first year.

Susan Mora-Fassett dominates early on: Fenton’s Mora-Fassett won the 5K women’s walk event each year from 2003 until 2006. She also collected the women’s title in 2008 and 2011, giving her six titles in the 5K walk event.

Harry Garrison owns six walk titles as well: Harry Garrison has won the men’s 5K walk event six times since the 2012 event. He is the current two-time defending 5K walk men’s champion, winning it in 2018 and 2019.

But Garrison, a Flushing resident, is more than one of the elite walkers in the field. The Flushing native spends a lot of his time encouraging other walkers to finish the event after he finishes.

“Winning is not that important,” the 73-year old athlete (at the time) said after winning the 2018 race. “It’s just doing it. Anybody that crosses that finish line is a winner, and that’s how I feel.”

Anderson’s third win came with a time of 53:24, beating the field by more than five minutes. Bragg had the fifth fastest time regarless of gender in the event (59:20), but it would represent the last time she ran in the event because she was getting ready to move to England.

“My fiancé lives there,” Bragg said. “So I’m getting married and moving over there. I was like I have to do Bastille. I don’t know when I’ll be able to do it again, and it’s one of my favorite races.”

Anderson is one of many that enjoy keeping the titles within the tri-county area.

“I have always said that Fenton is the hotbed for running,” Anderson said. “You have people like Lisa Veneziano winning Runner of the Year every year, … and the coverboy for the Detroit Free Press Marathon. Everywhere you go, whether it is Canada or the newsstands across Michigan, Fenton runners are represented. It’s a really cool atmosphere.”

The second repeat champion was Holly’s Michael McCarty who won the men’s 5K event back-to-back in 2012 and 2013 McCarty won his second title with a time of 16:12.

“Last year I came here and ran a 16:54 for my first race, so to come here and get a 40-second improvement is fantastic to me,” said the Holly graduate. “I’ve done no real workouts, no intervals. ... I’m really happy with it.”

“It’s at home and they are roads I run every day,” Larsen said. “I don’t know how many more years I can do it. I am getting older, so I enjoy each one a little more probably.”