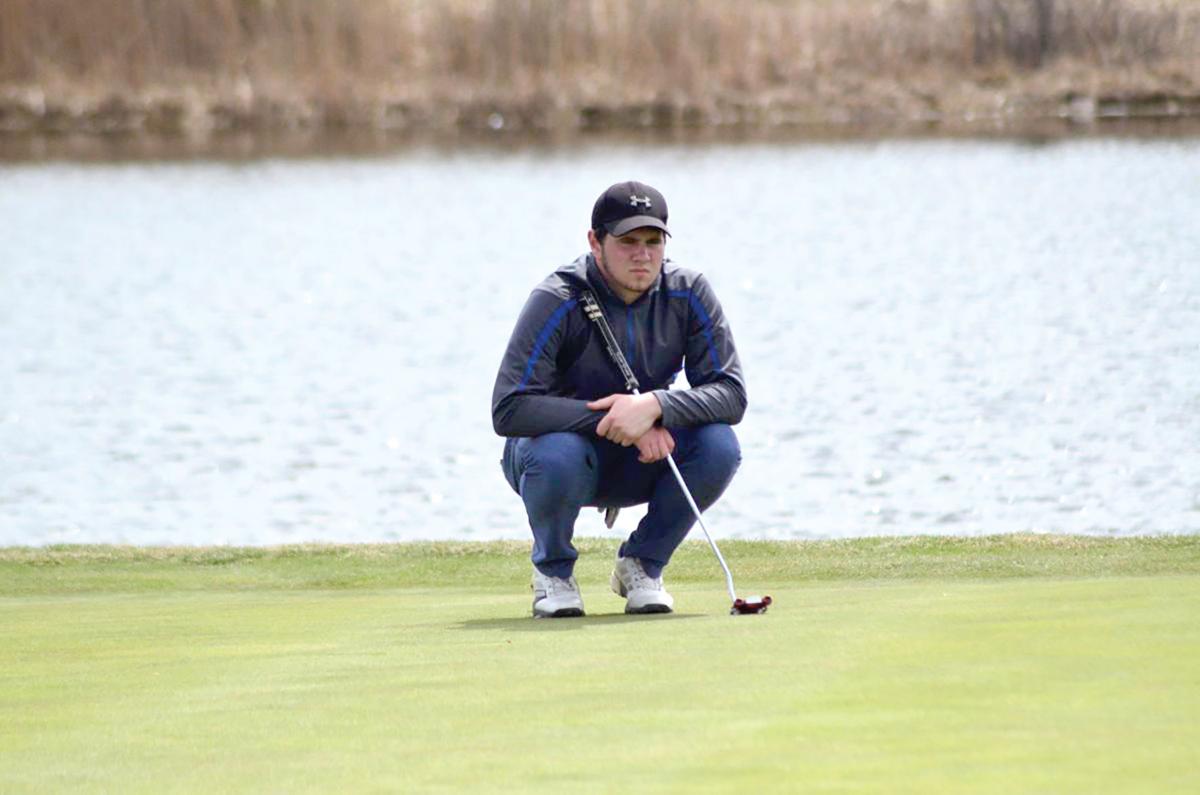 Avery Schaal looks over a putt during a competition. He placed second at a Callaway/Meijer Tour Junior Golf event. 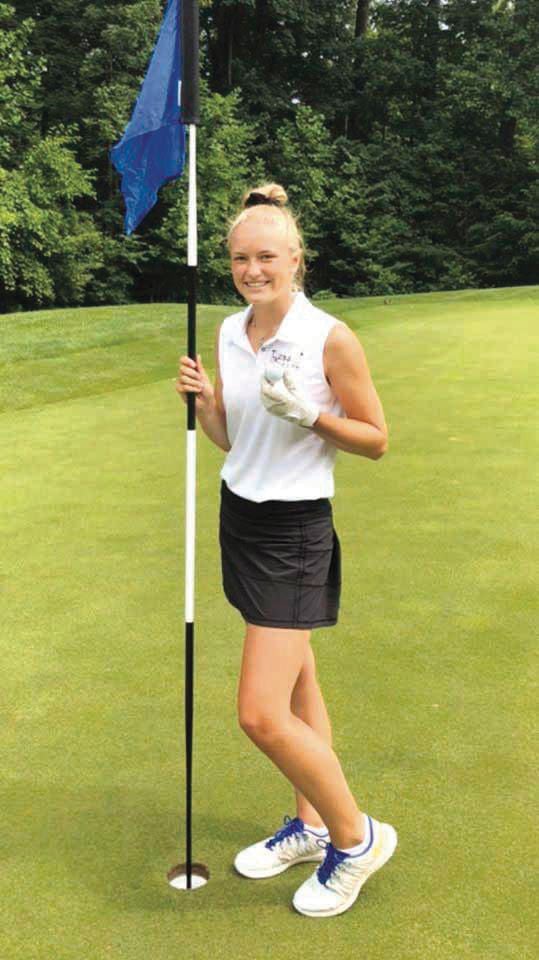 Brook Herbstreit celebrates a hole-in-one she made earlier in her career. She placed second at a Callaway/Meijer Tour Junior Golf event.

Avery Schaal looks over a putt during a competition. He placed second at a Callaway/Meijer Tour Junior Golf event.

Brook Herbstreit celebrates a hole-in-one she made earlier in her career. She placed second at a Callaway/Meijer Tour Junior Golf event.

Fenton residents Avery Schaal, Brook Herbstreit and Katelyn Burkett each earned second-place finishes in their divisions of the event.

Herbstreit, who won the Flint Metro League’s individual championship during the girls season last fall, posted a score of 88-83-171 at the event, finishing three strokes behind champion Bryn Duncan’s final 36-hole score of 168 in the girls 15-19 division.

During Herbstreit’s first round, she recorded a birdie on the par-4 11th hole and recorded pars on six other holes. An 8 on the par-3 14th ended up being the hole that kept her from closing in on Duncan’s three-stroke lead after the first round. During the second day, she had nine pars, including six on the back nine. She finished her round with three straight pars. However, she only tied Duncan’s 83 during the second round, resulting in the three-stroke gap between the two top performers.

Herbstreit helped lead the Tigers to a fifth-place finish at the Division 2 state meet by placing in a tie for sixth in the individual standings last fall. She carded an 80-82-162, 12 strokes behind state champion Gabrielle Tapp’s 150.

Lake Fenton student Avery Schaal placed in a tie for second in the boys 15-19 division with a two-round score of 77-79-156. Kalamazoo’s Ryan Chafty finished tied with Schaal. Two two runner-ups finished six strokes behind South Lyon’s Joey Per who posted a two-day score of 150.

During the spring of 2019, Schaal qualified for the D2 state meet by placing fifth overall with an 18-hole score of at the regional meet held at Eldorado Golf Course in Mason. He posted an 86-80-166 two-day 36-hole score at the state meet. Schaal wasn’t able to compete at the prep level this spring due to the COVID-19 pandemic.

Schaal also placed fifth at an earlier event hosted by the league at The Fortress Golf Course in Frankenmuth on June 5 and 6.