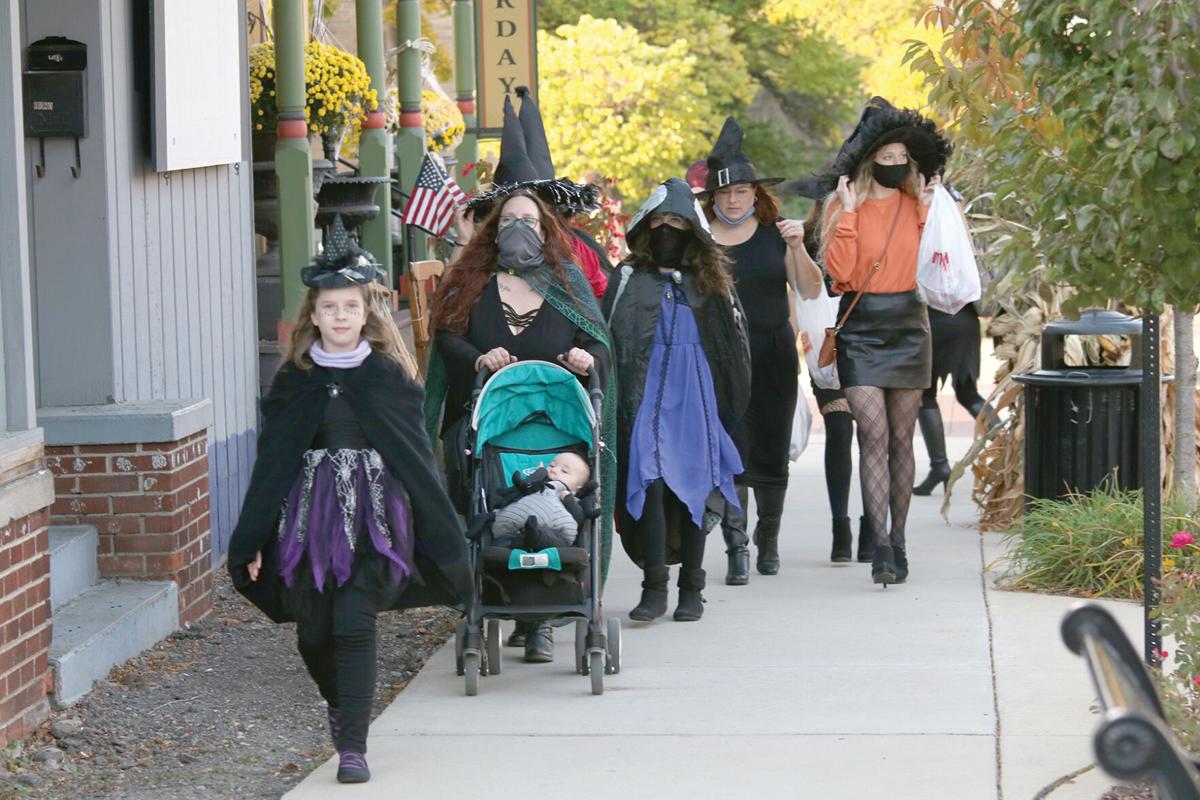 A group of “witches” leave Yesterday’s Treasurers on Friday, Oct. 9 during Witches Night Out. The event, meant to promote local businesses and celebrate Halloween, has been going on for several years. 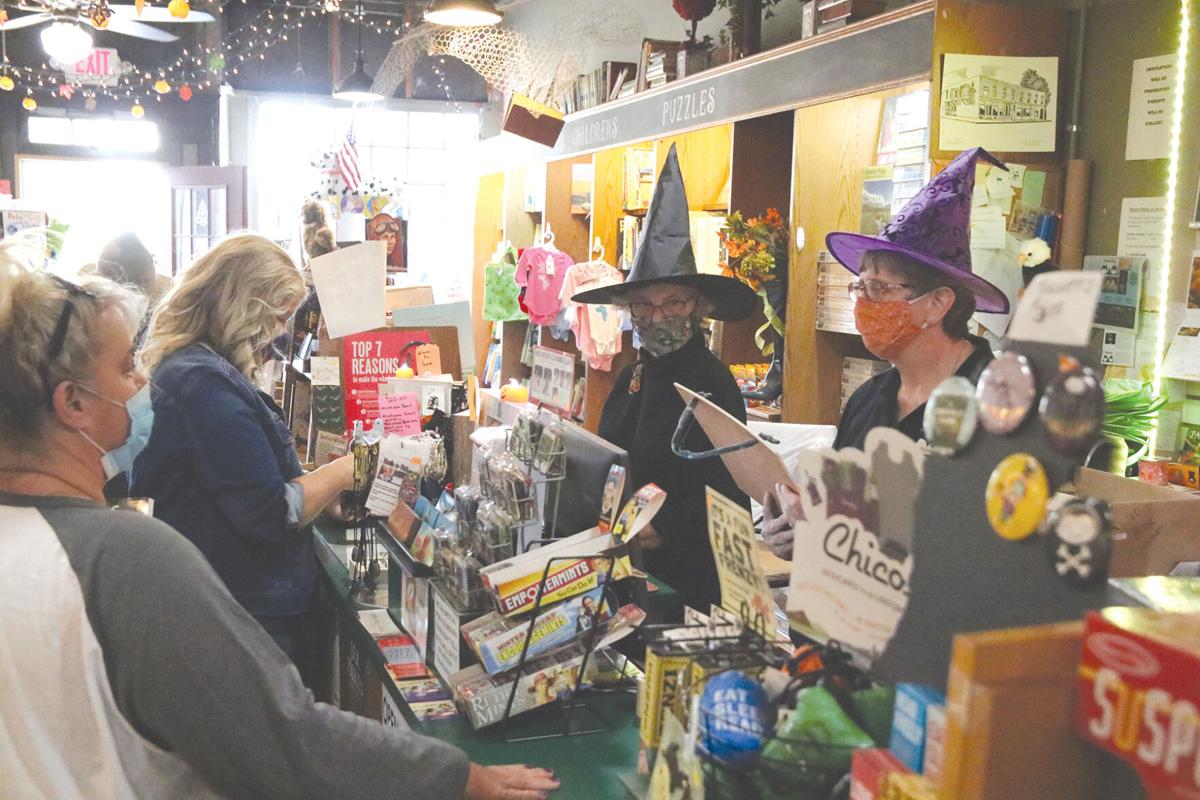 The majority of participants at Witches Night Out wore masks when they entered local shops to talk with owners and find sales. The event raised approximately $250 for Fenton Firefighters Charities. 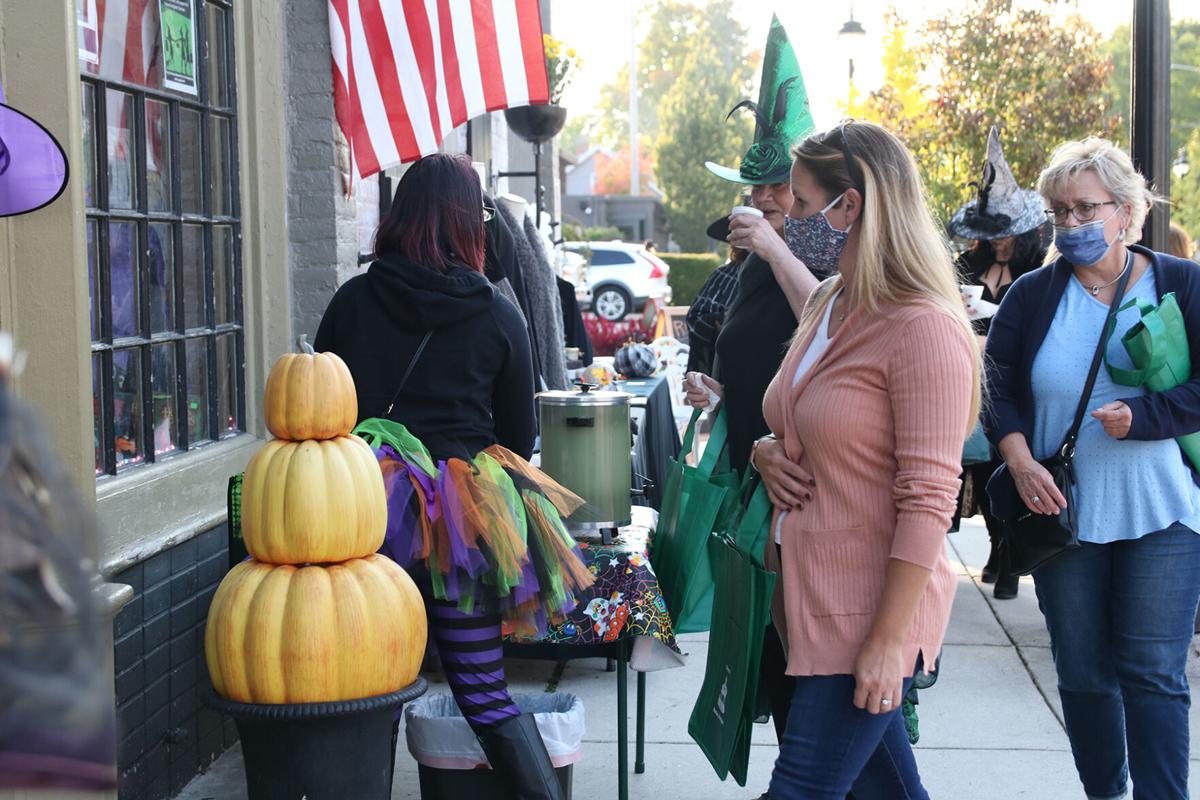 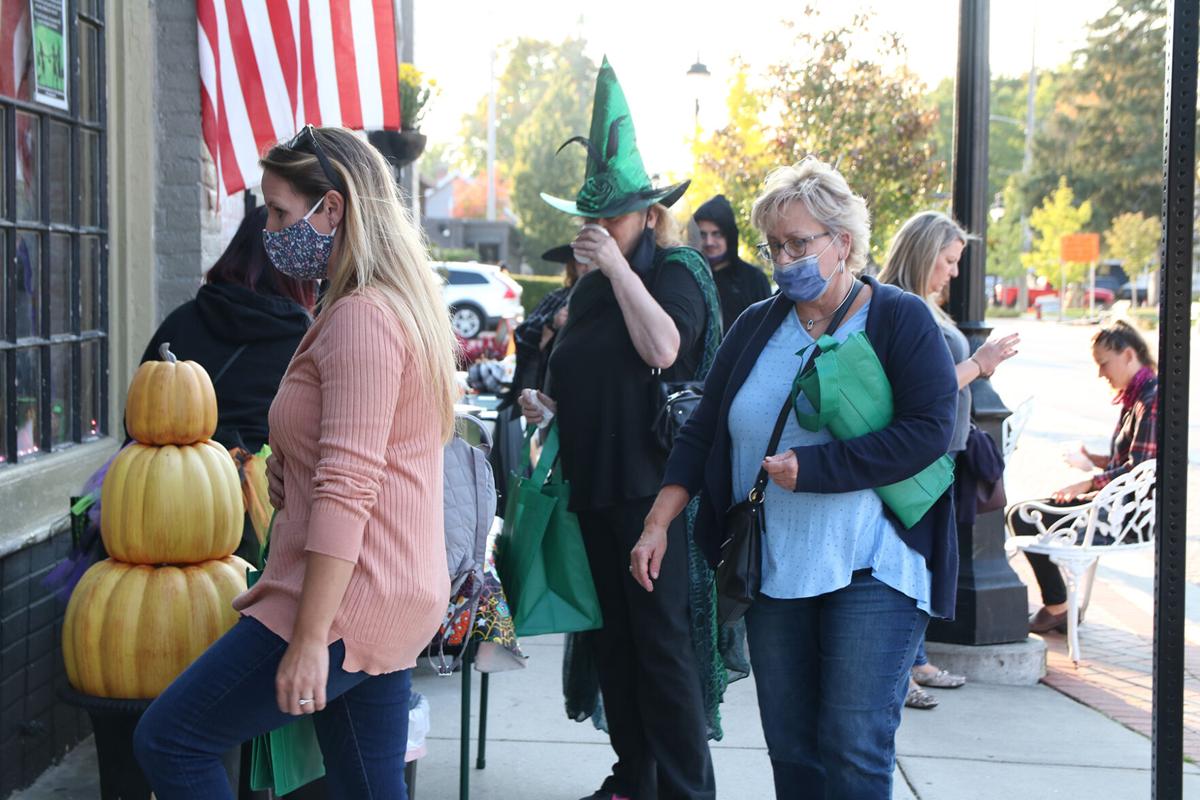 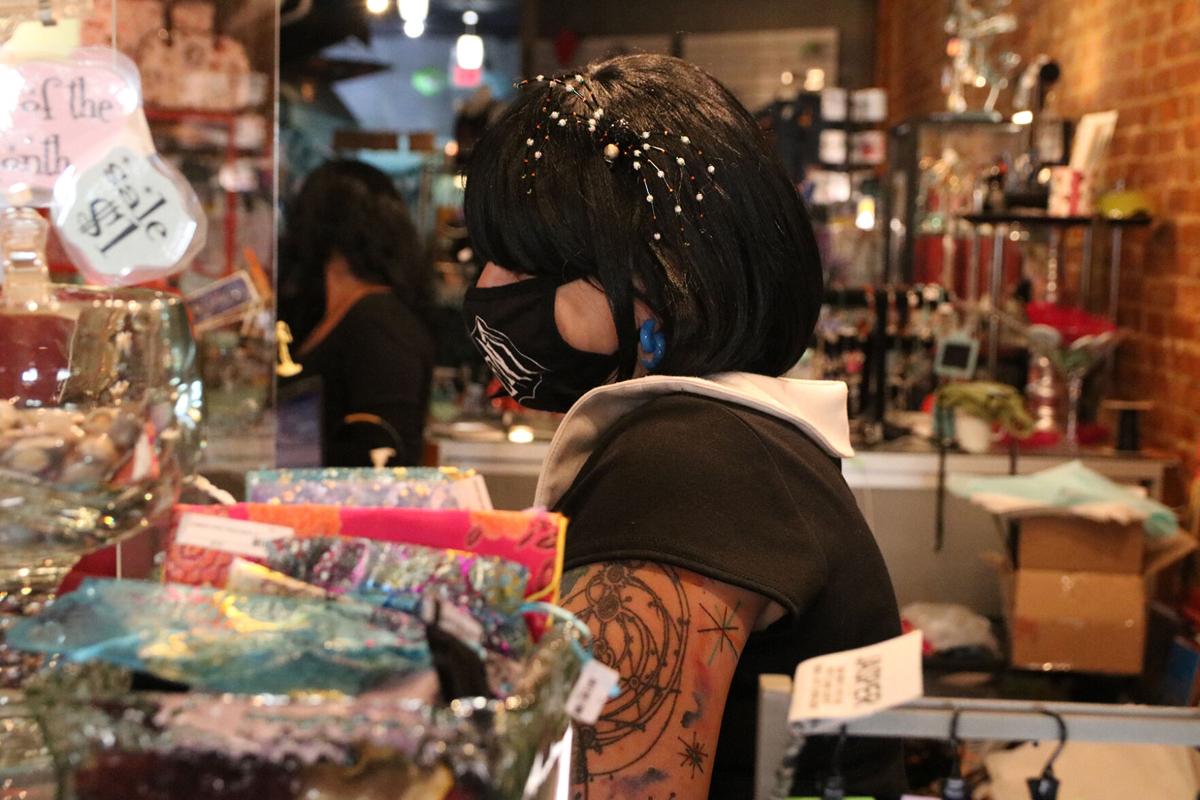 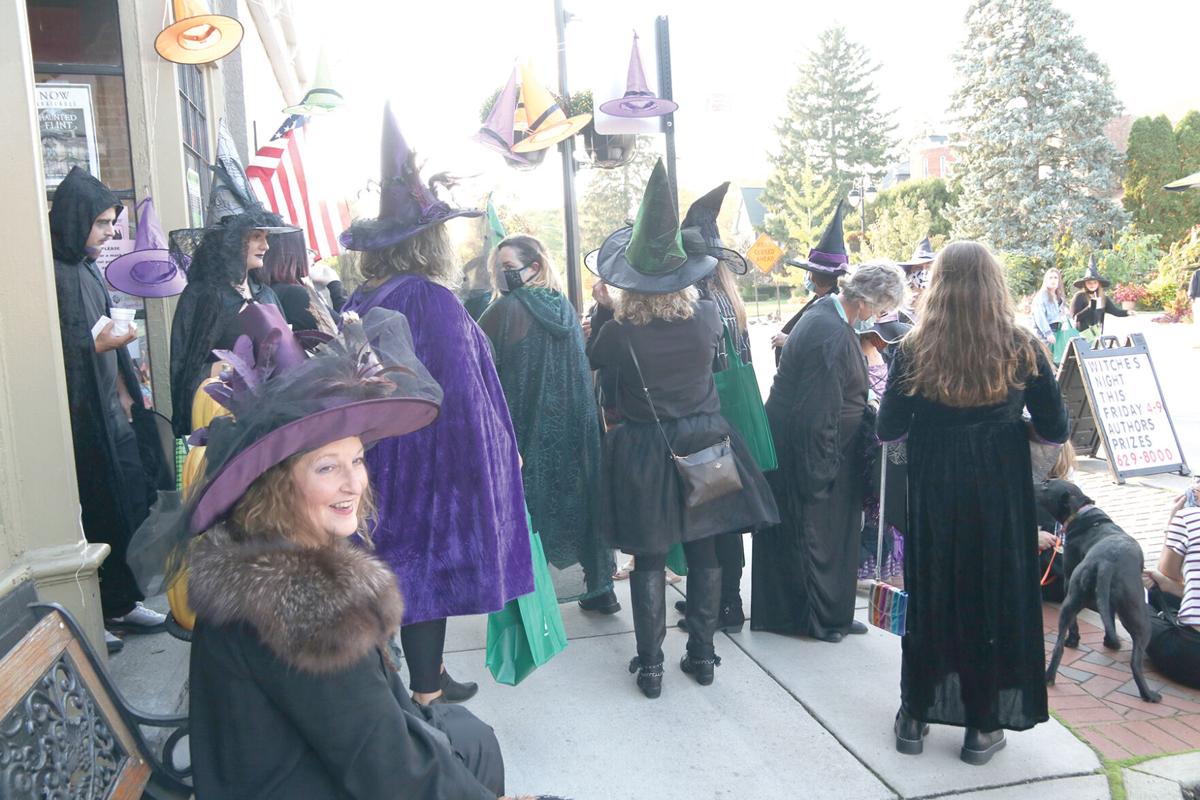 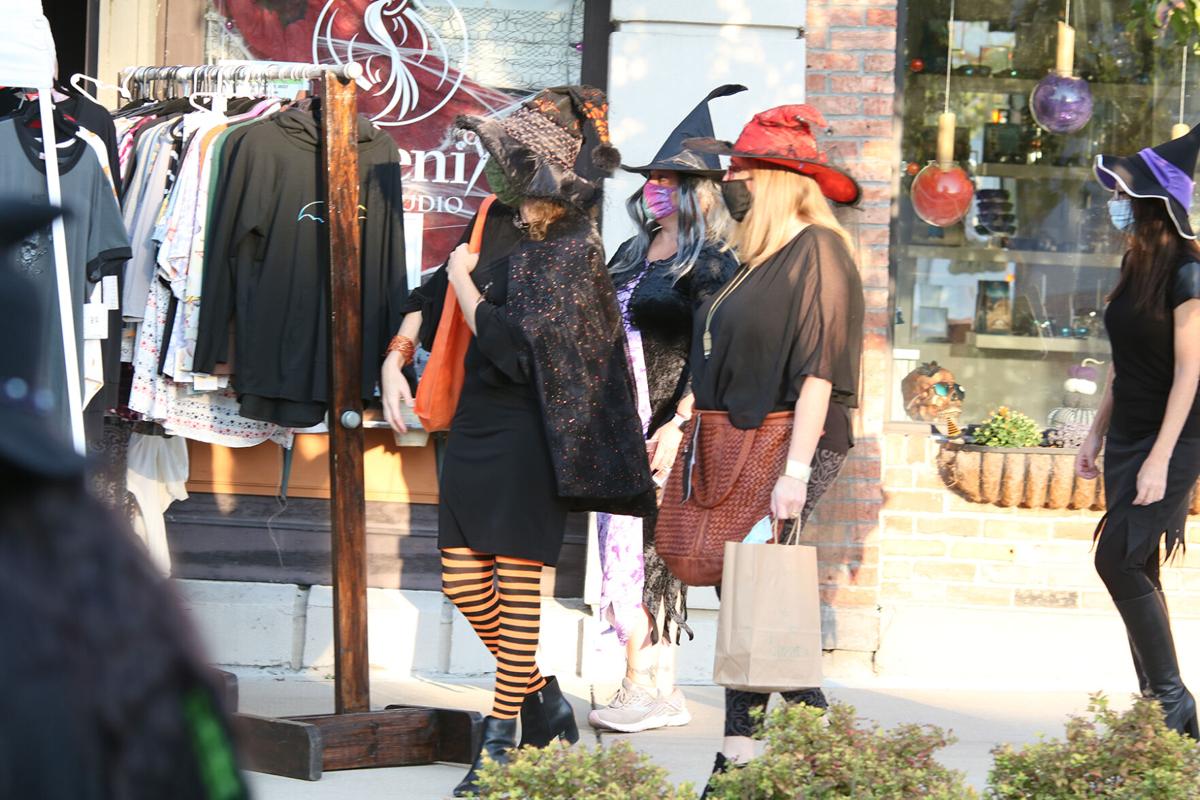 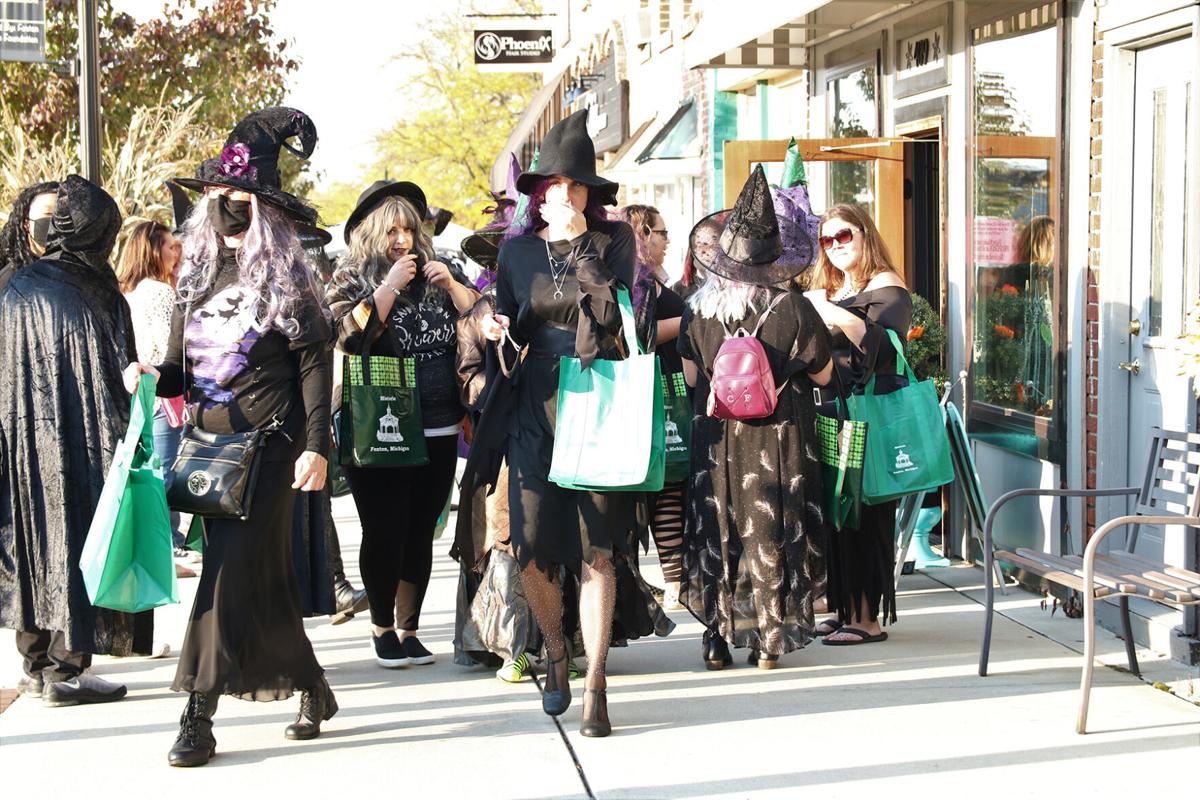 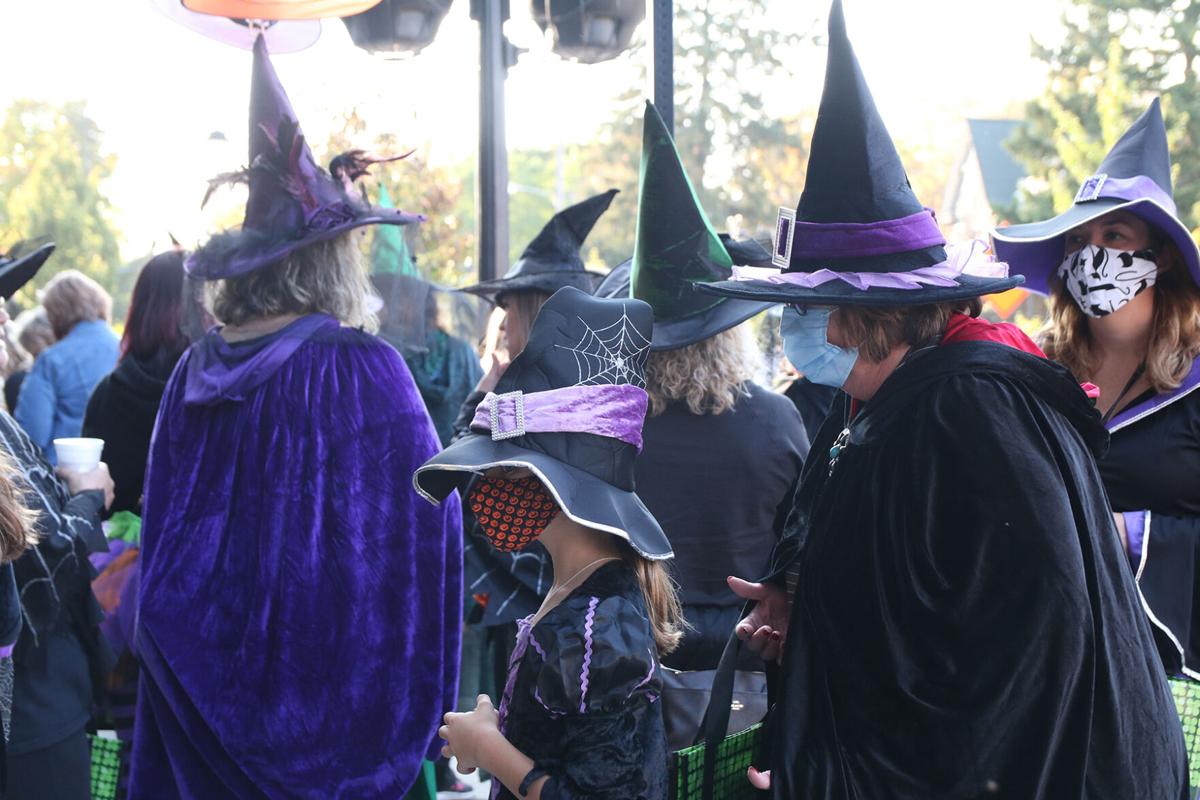 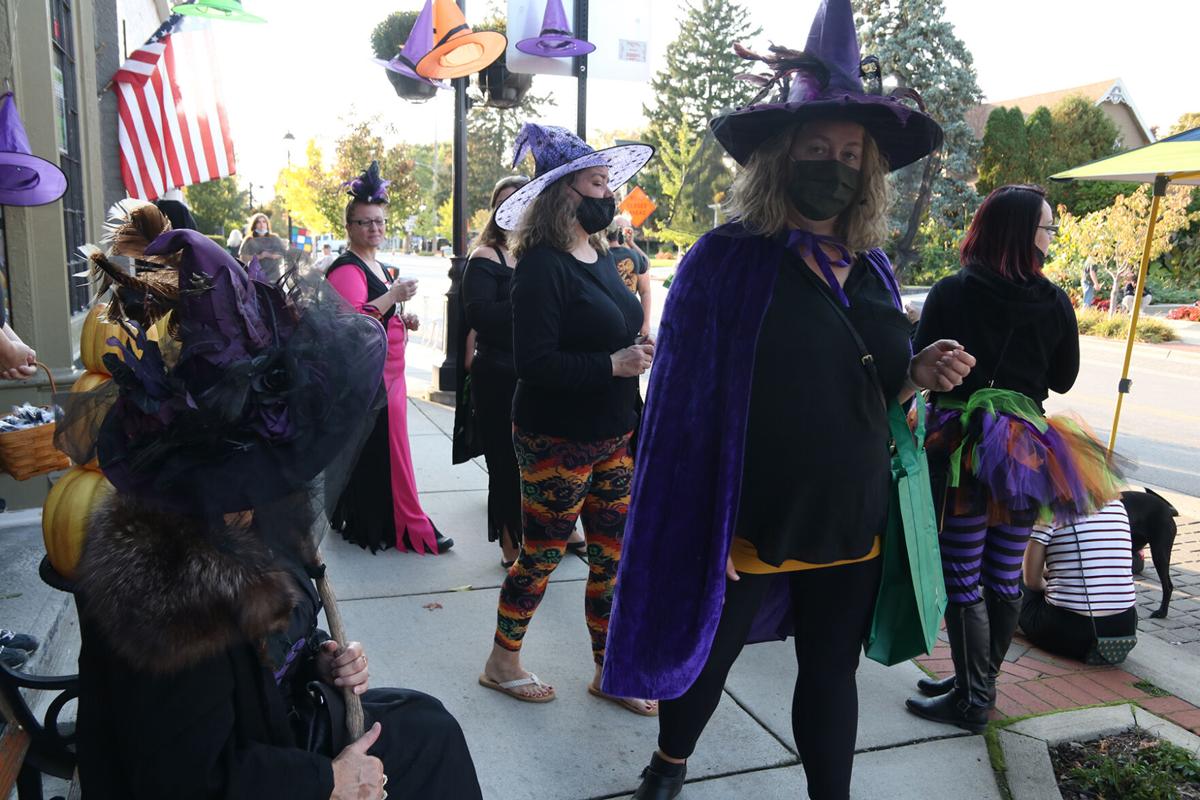 A group of “witches” leave Yesterday’s Treasurers on Friday, Oct. 9 during Witches Night Out. The event, meant to promote local businesses and celebrate Halloween, has been going on for several years.

The majority of participants at Witches Night Out wore masks when they entered local shops to talk with owners and find sales. The event raised approximately $250 for Fenton Firefighters Charities.

Fenton — Halloween is a few weeks away, but downtown Fenton has already seen its fair share of witches.

Participating stores had prizes, sales and spooky decorations in celebration of Halloween.

Karen Piacentini, owner of Fenton’s Open Book, and Brenda Hasse, local author, planned the event, which was a fundraiser for the “Stuff the Boot” campaign, which supports the Fenton Firefighter Charities.

Piacentini said approximately 400 people attended and they raised about $250 for the Fenton Firefighter Charities.

“The stores all reported that they did great. Everyone had a good time. Businesses were decorated,” she said. “I was surprised people still want to come out and shop and have a good time even through all this. I look forward to doing it again next year. Everyone’s looking forward to Ladies Night Out.”

Fenton Ladies Night Out is Nov. 13.

They encountered other difficulties due to the COVID-19 pandemic, though stores have implemented policies, such as mask wearing, social distancing and limiting the number of people in the store at once, since the pandemic began.

“For the most part, everyone was fine,” Piacentini said.

Hasse said planning for Witches Night Out was a bit difficult to handle this year because the city has the Fenton Street Experience planned for Thursdays and Fridays, which is enjoyed by many families, and they advertise Witches Night as an adult event.

However, the street closures and sunny weather likely brought more people out on Friday.

“We’re very glad for the nice weather for once. The previous two years, it rained,” Hasse said. “We were hoping for a lot of people to show up. I think they’re glad just to get out and do something for once. Everyone’s been so cooped up and so afraid. For once, they’re going out and having fun.”

Hasse, wearing an elaborate witch costume, said Halloween is her favorite holiday. She and her daughter collect vintage Halloween decorations and items.

“It’s an easy holiday. With Christmas, you have all this stress with wrapping gifts and sending out cards and baking and decorating. For Halloween, you just dress up and buy candy. To me, it’s always fun to be a little scared, but it’s a fun scare.”