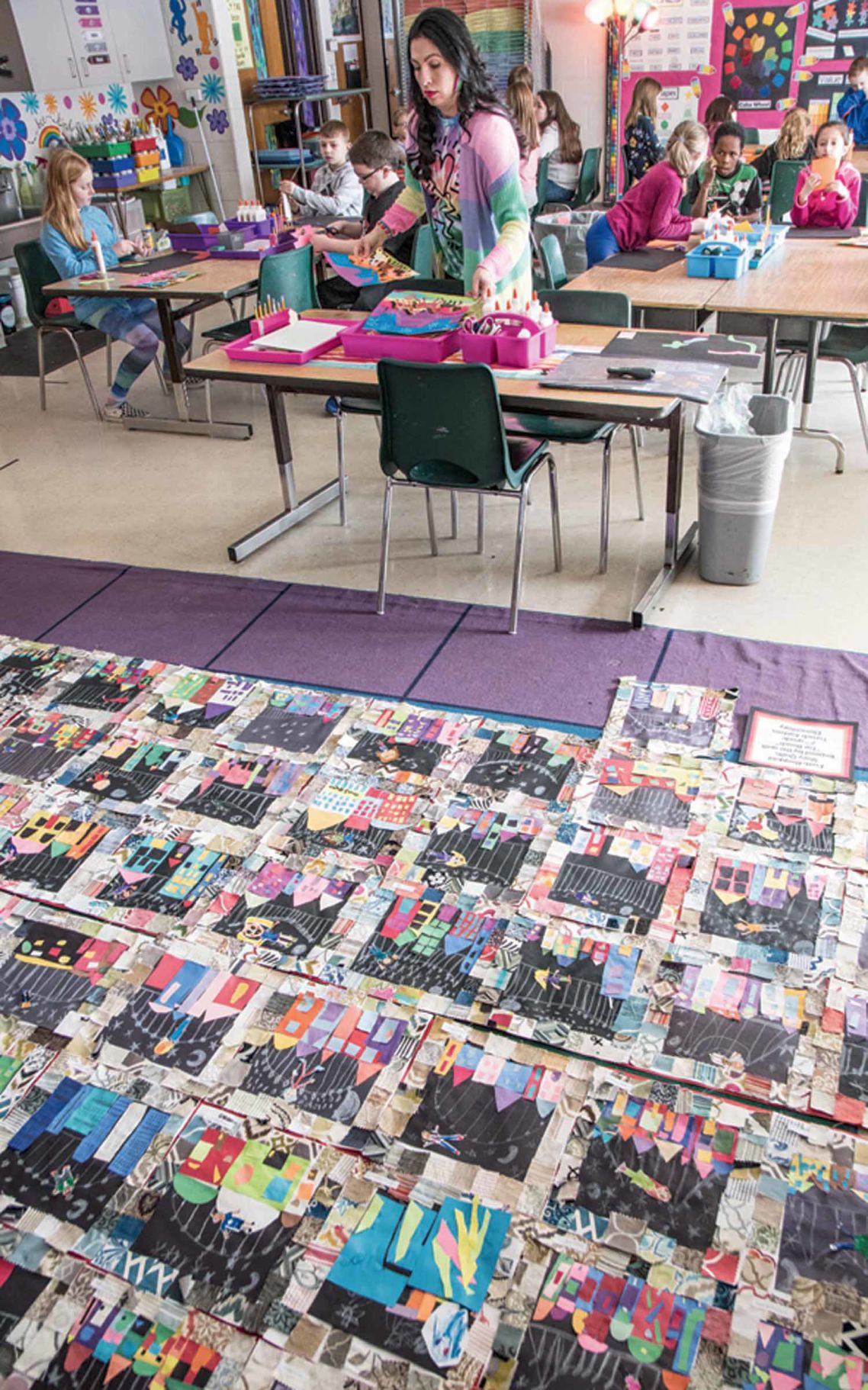 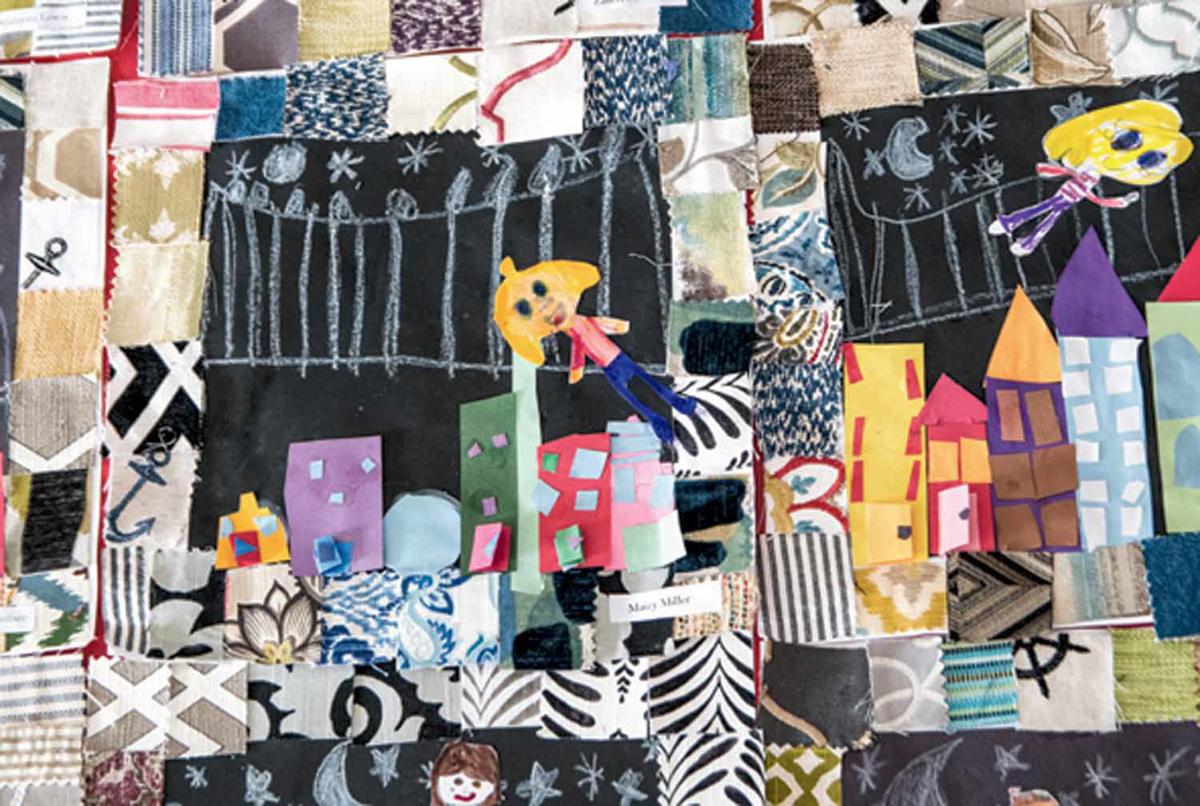 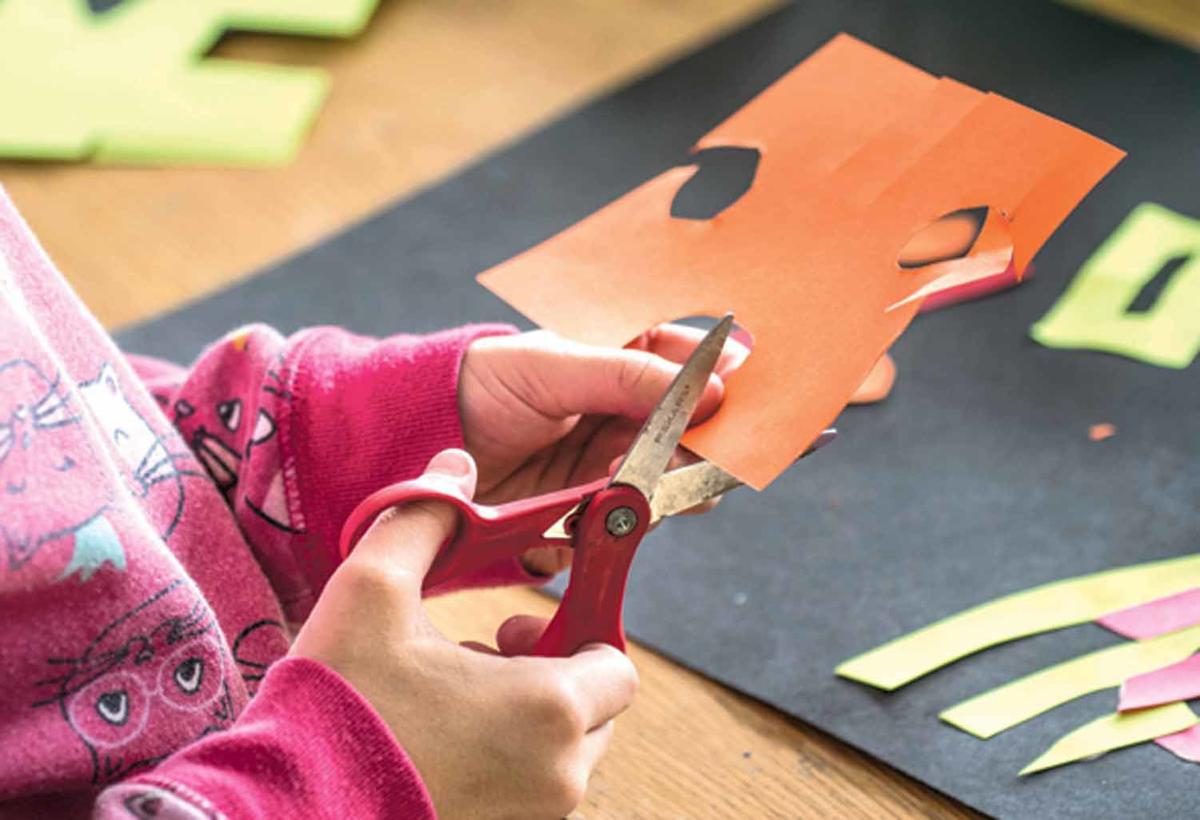 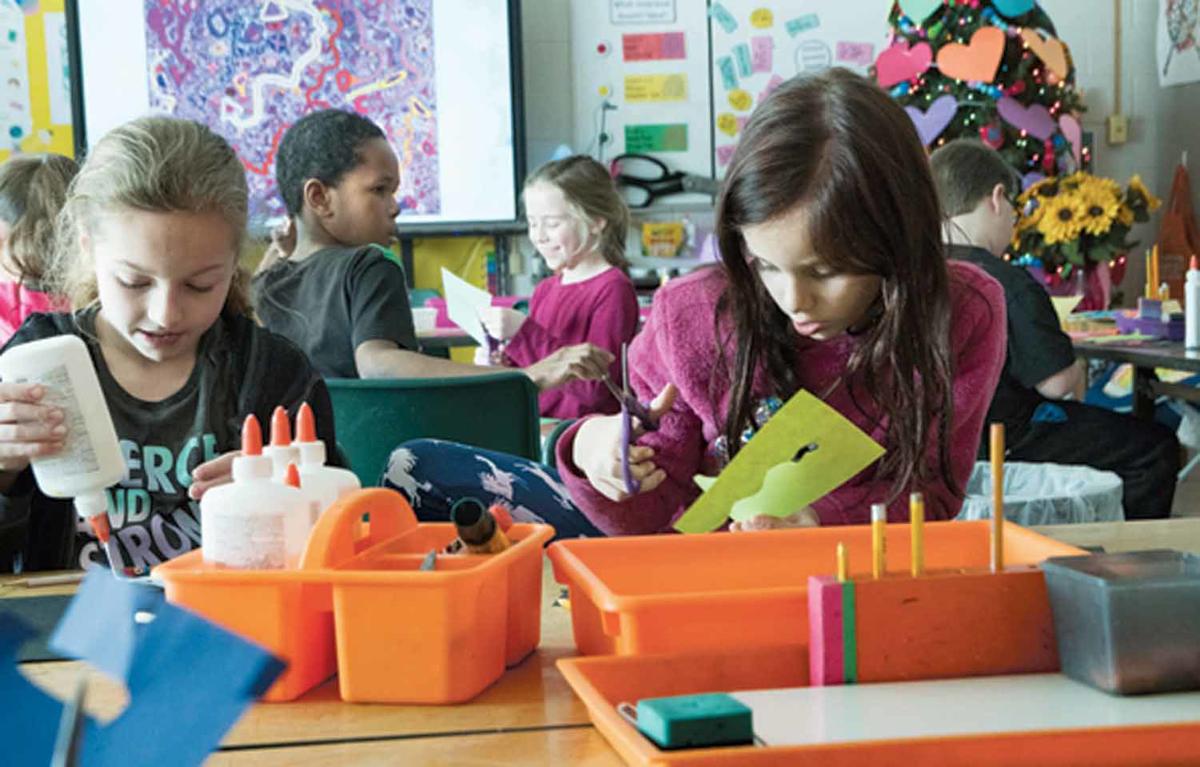 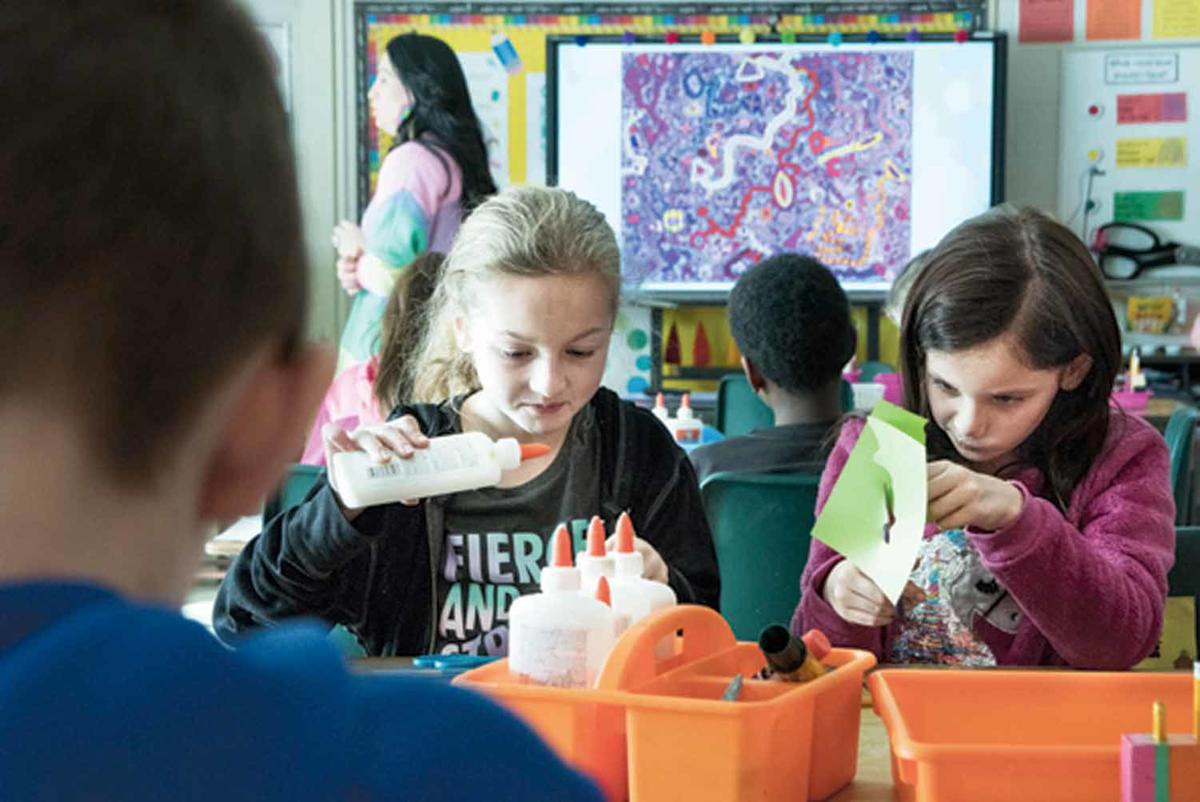 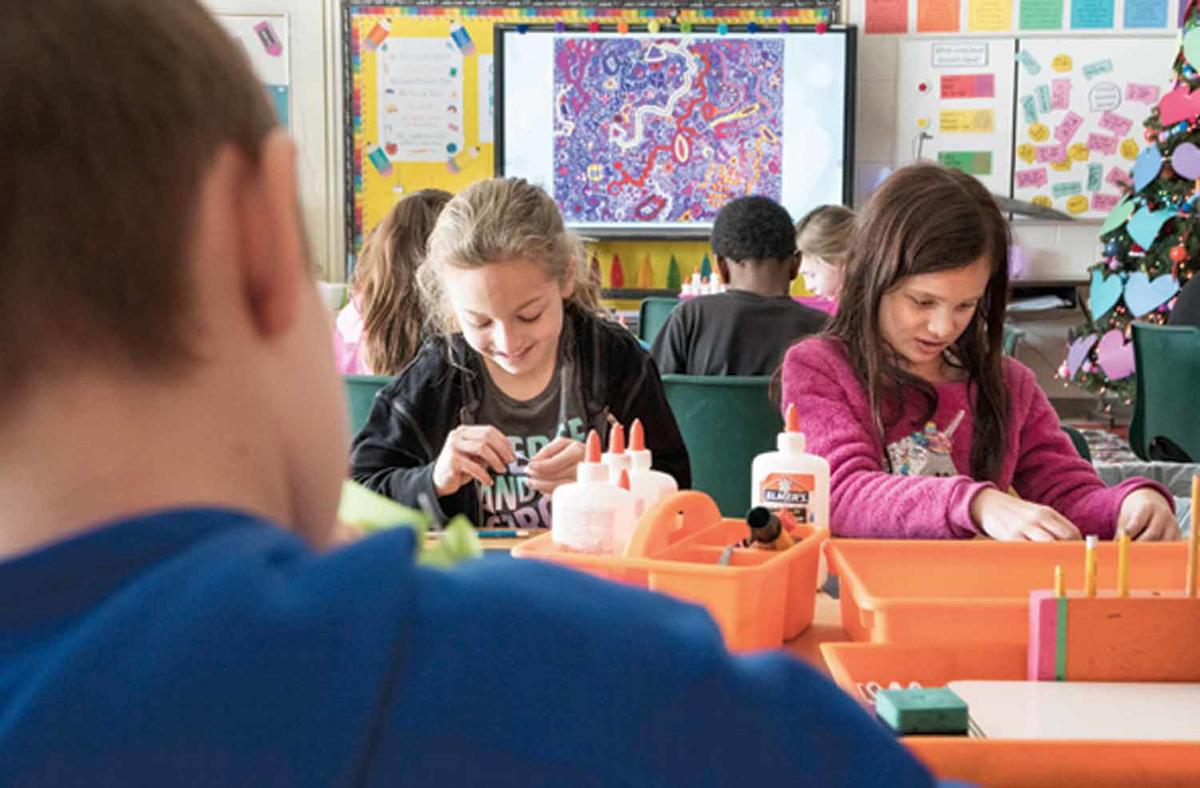 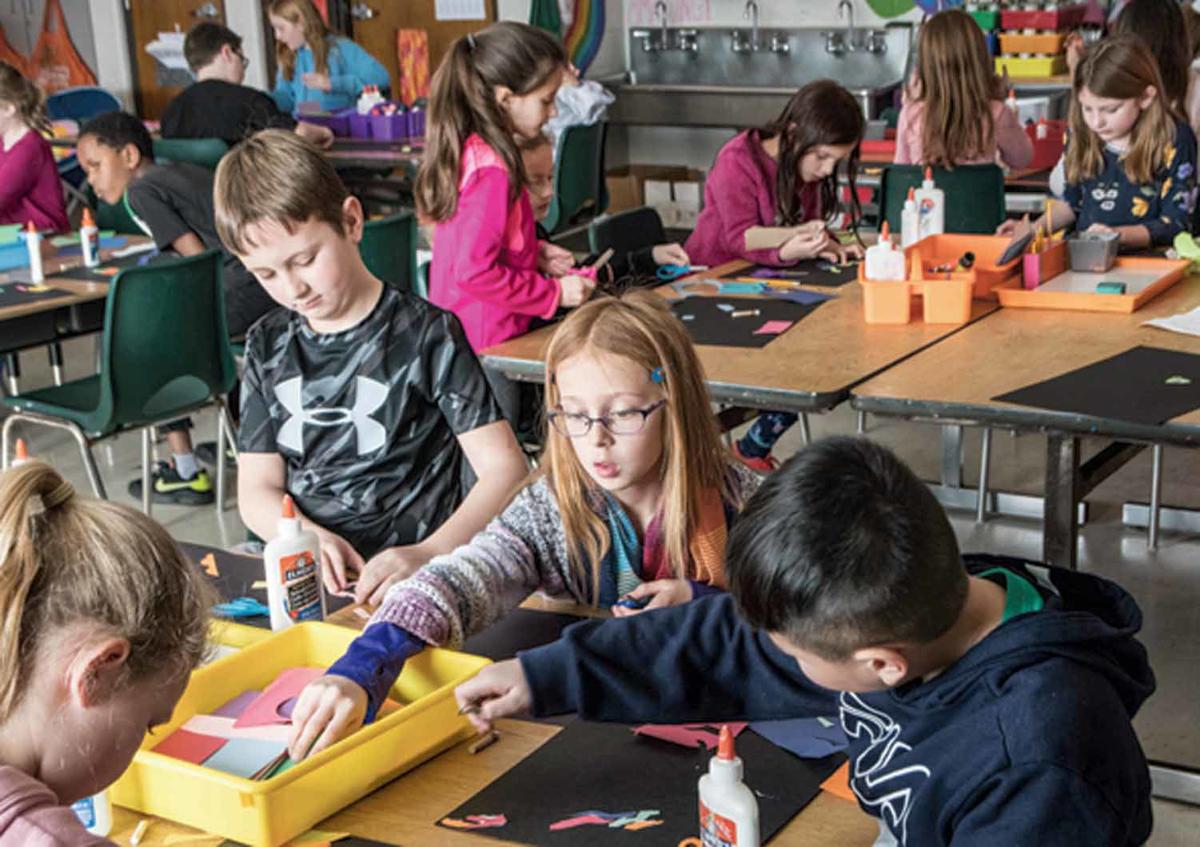 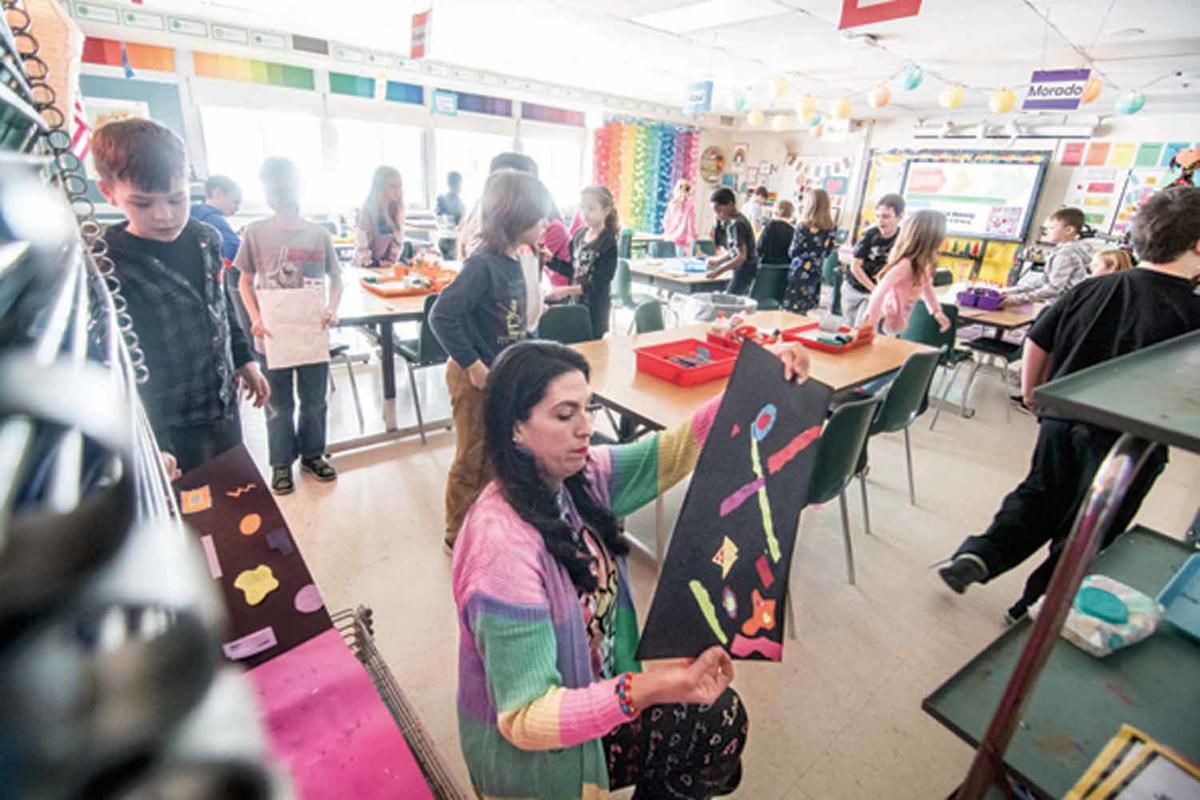 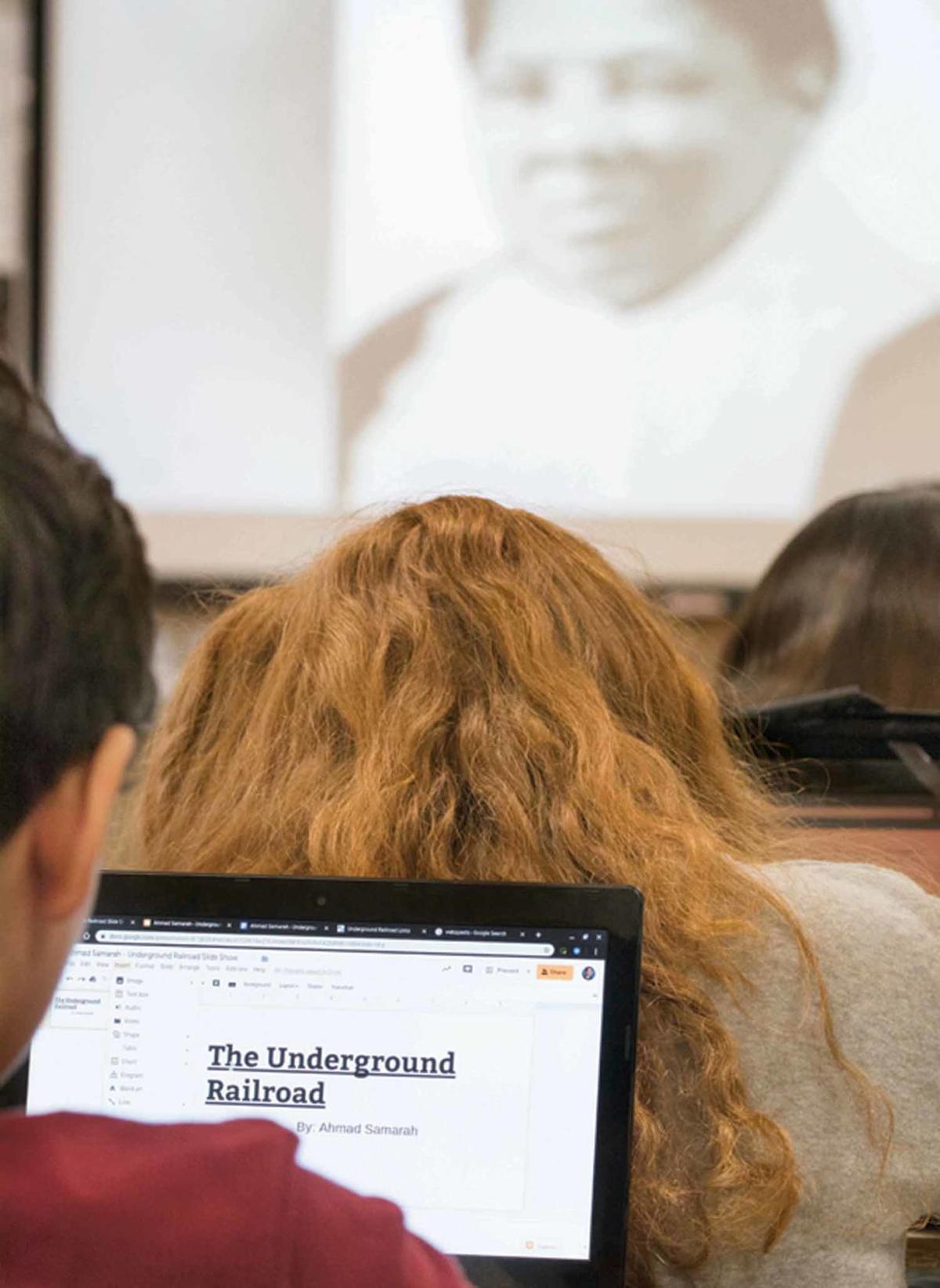 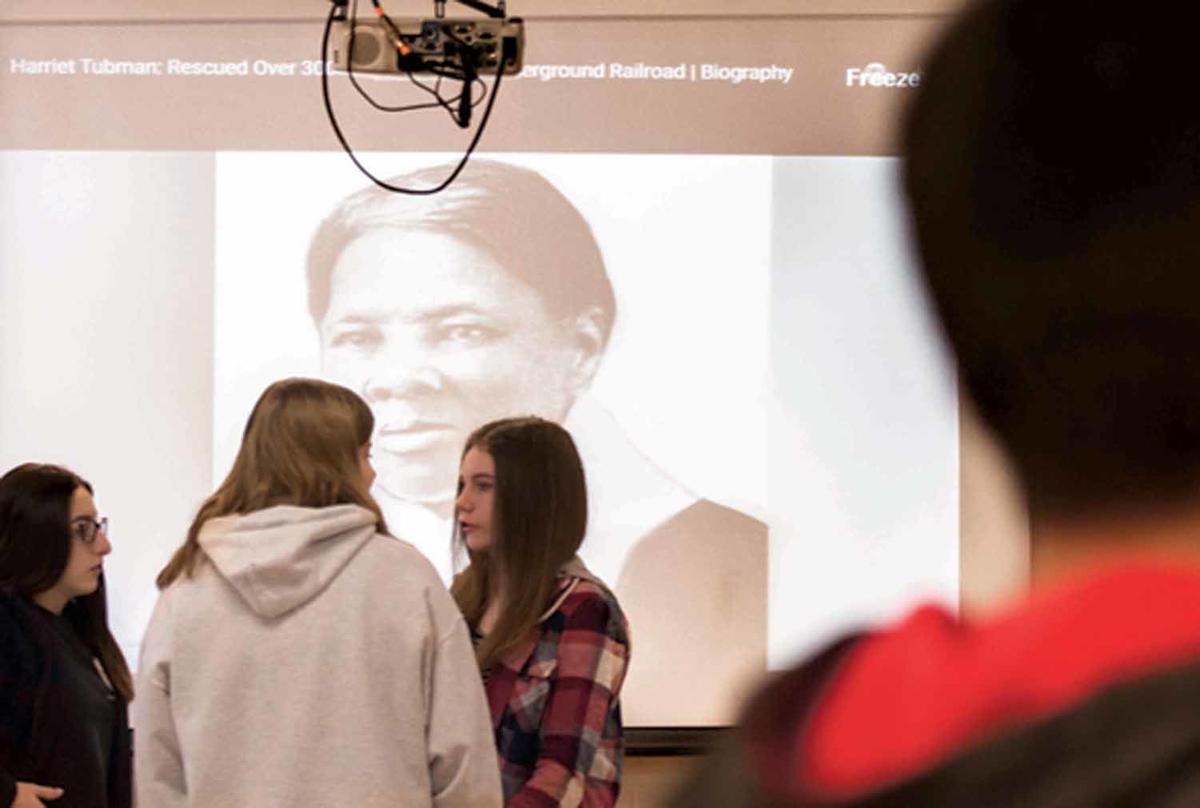 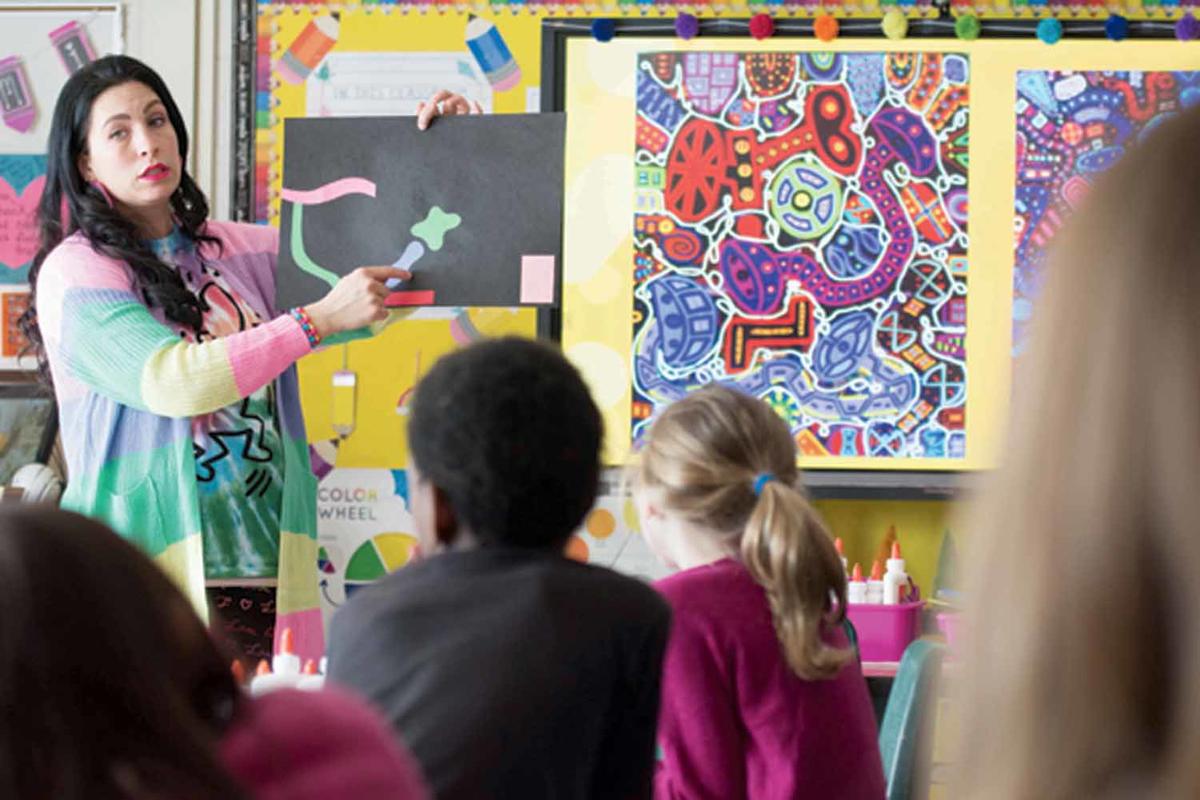 Fenton — Students in Jennifer Hamilton’s third grade art class at Tomek-Eastern Elementary cut bright and somewhat random organic and geometric shapes out of construction paper, and then glued them on black paper, to be further painted and embellished in another class period.

This activity is one of Hamilton’s lesson for Black History Month at Fenton Area Public Schools (FAPS). They’re emulating artist Reginald Laurent, a contemporary African American artist living in Fairburn, Georgia. “They’re learning that just as important as the old masters were, black artists are just as important,” she said.

Hamilton said that only in the past few years has there been a push to include all cultures and peoples in art education.

February is Black History Month. Every school and every grade level will have lessons and activities geared toward the subject of black history.

What students are taught will depend on the grade level. The National Education Association (NEA) has a library of online resources and suggested curriculum for different grade levels.

For kindergarten through fifth grade, lessons include Musical Harlem, Jazz, Dance and Poetry, Notable African Americans from the 18th Century to the Present and the Underground Railroad.

The Times reached out to each of our four local districts for information on their Black History Month Curriculum.

At Lake Fenton Community School’s (LFCS) Torrey Hill Intermediate School, they started their education on Martin Luther King Jr. (MLK) Day. “Even though it is in January, it really gets the ball rolling and brings light to important figures in black history,” said third grade Teacher Joshua Highfield. Many teachers use Discovery Education Black History Month Channel on Discovery.com.

They use technology like their Chromebooks to enhance learning. They also use classroom read-aloud books about important historical figures such as Harriet Tubman, Jackie Robinson, MLK and Rosa Parks.

At Hyatt Elementary School in Linden, second grade teacher Rebecca McCormick has had her students read “The Story of Ruby Bridges” and work on activities that go along with that story, according to Principal Cheryl Thomas.

Ruby Bridges is the first African American child to be integrated into an all-white New Orleans school in 1960.

Loren Carlson of Fenton is the adopted parent of a child in FAPS. His child was one African American child in his class on Wednesday. He thinks FAPS does a good job overall teaching black history.

At Holly High School, students are learning a new fact about African American history each day during morning announcements, said Holly Area Schools (HAS) Superintendent Scott Roper. These facts also are included in the Broncho Stampede, the high school’s weekly newsletter, throughout February.