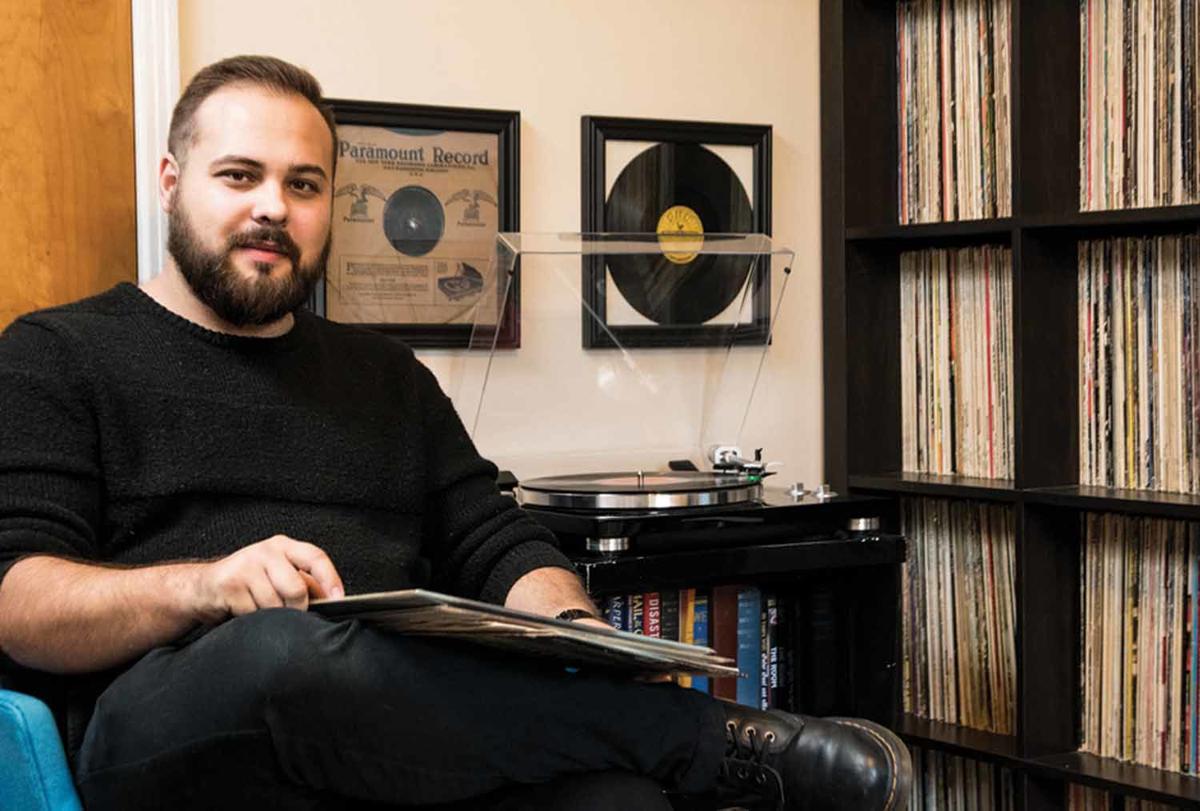 Peter Putnam of Fenton sits in his entertainment room, which contains 2,500 vinyl records and even some wax cylinders. He said records can let you hear details missed in digital formats. 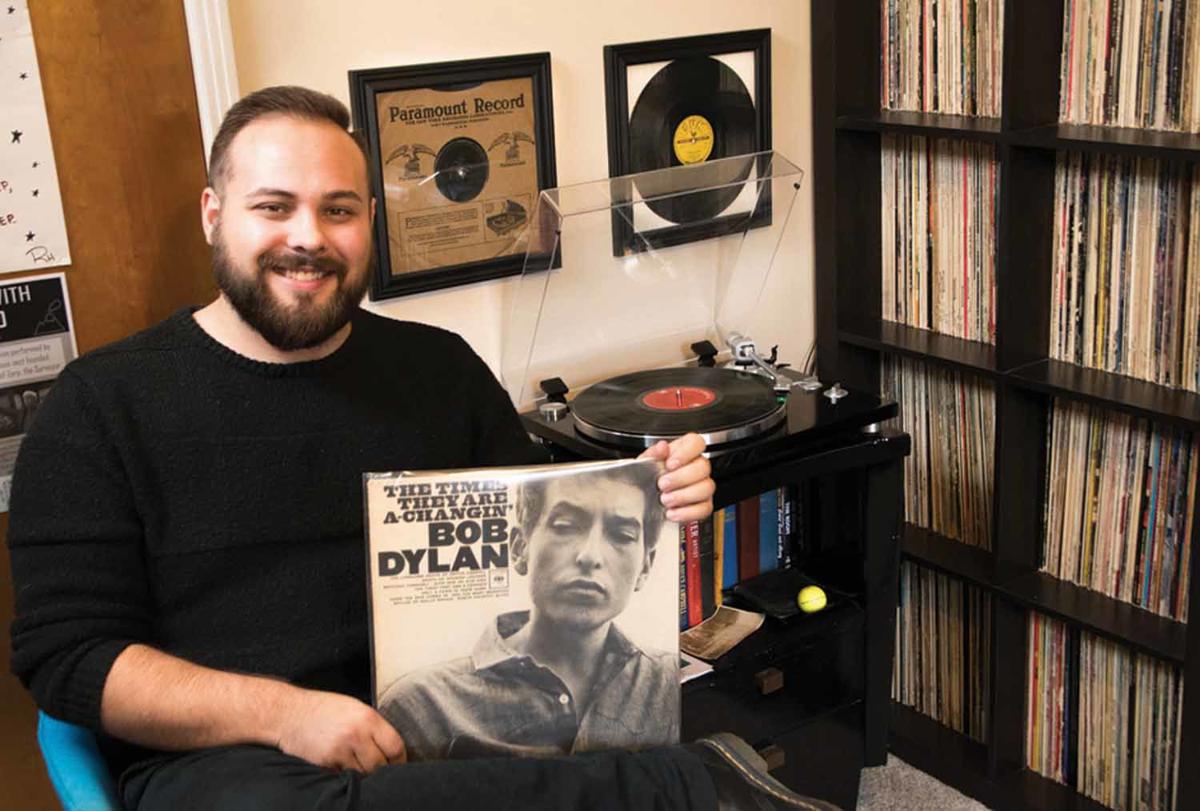 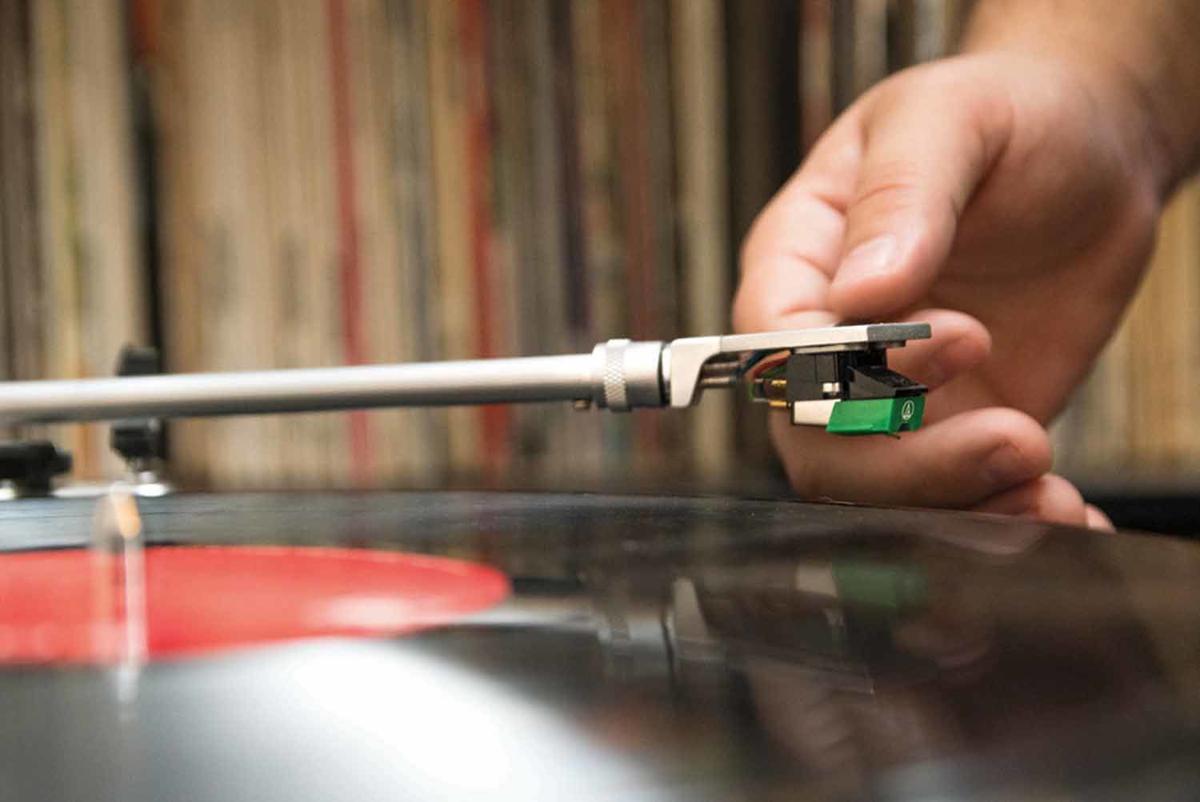 Putnam lifts the tone arm to set it upon one of his records on Tuesday, Nov. 26. 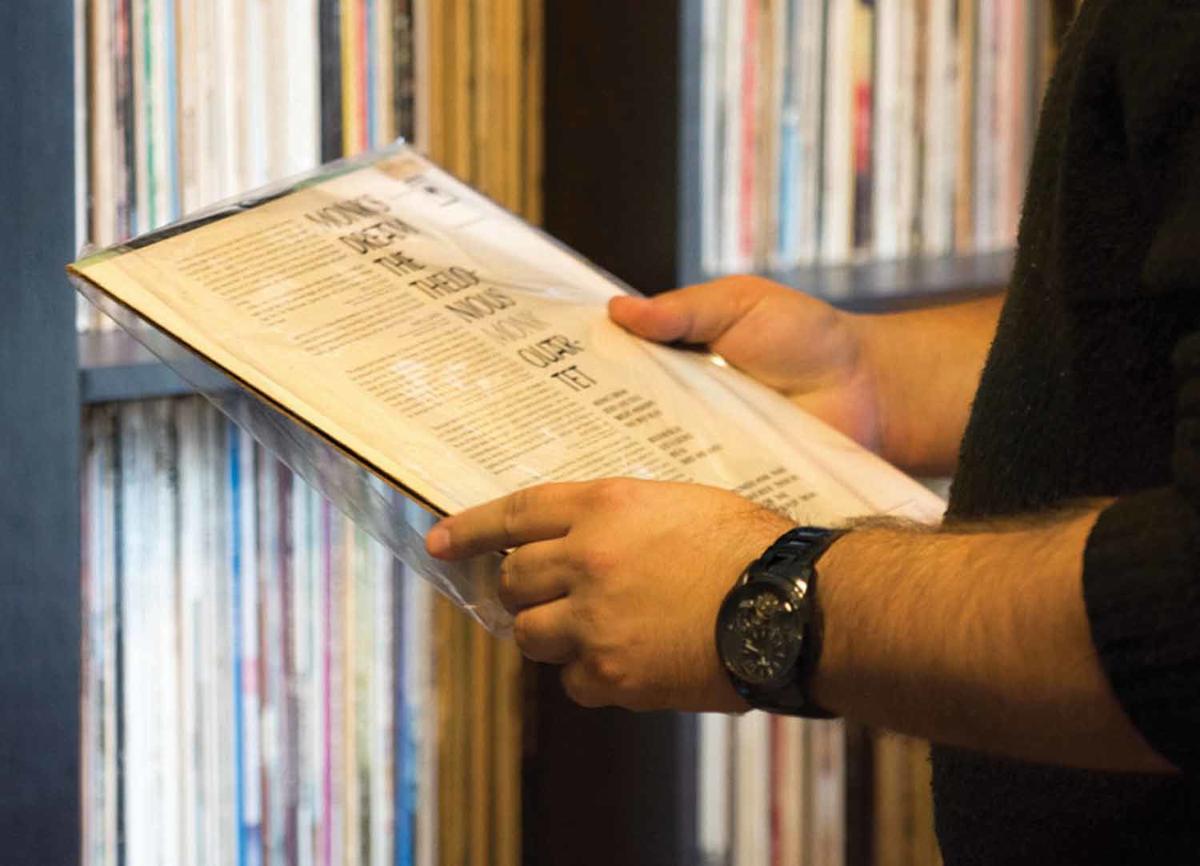 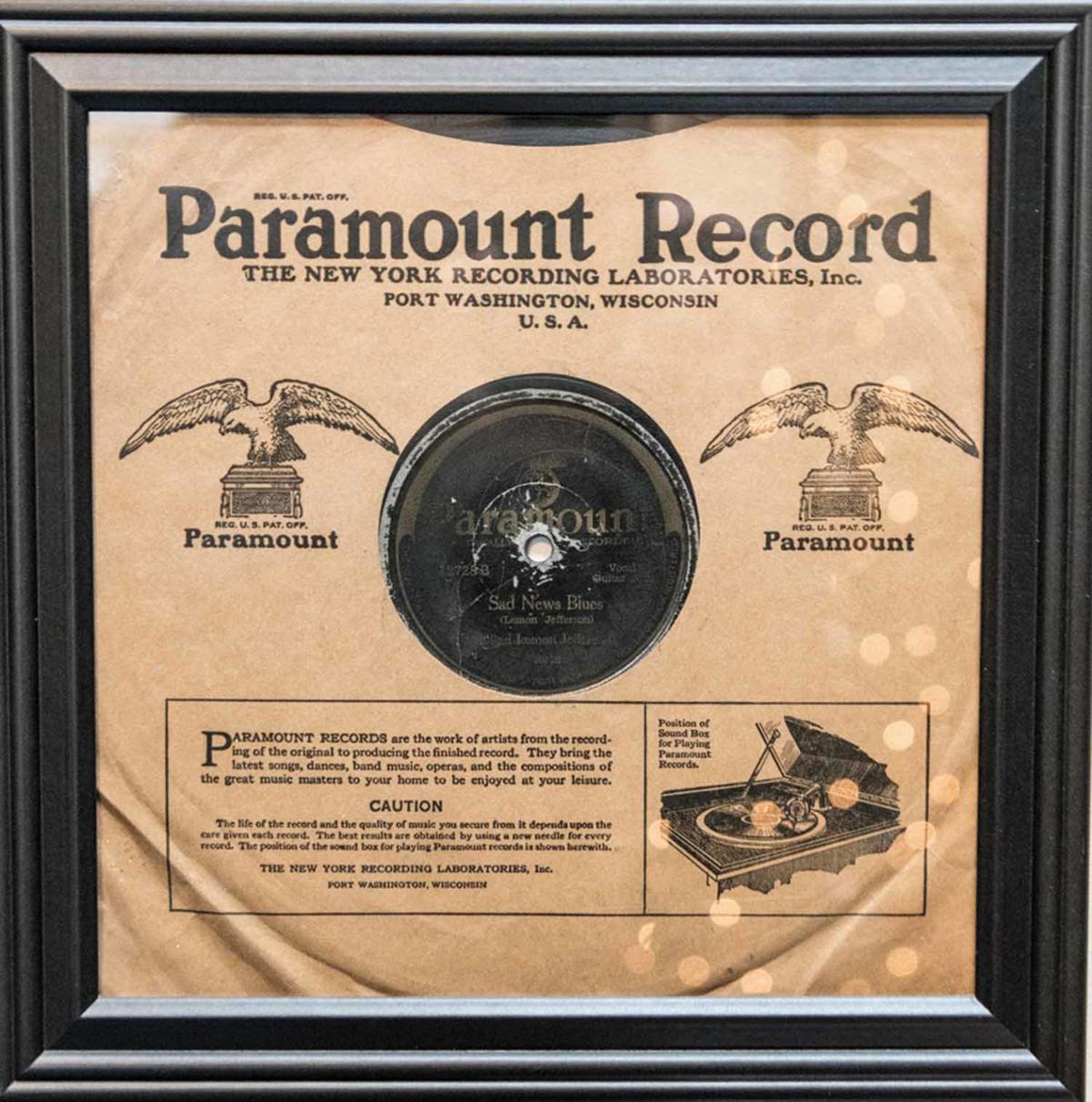 These shellac records were recorded for, and sold to black audiences at a time when they were known as “race music.”

Peter Putnam of Fenton sits in his entertainment room, which contains 2,500 vinyl records and even some wax cylinders. He said records can let you hear details missed in digital formats.

Putnam lifts the tone arm to set it upon one of his records on Tuesday, Nov. 26.

These shellac records were recorded for, and sold to black audiences at a time when they were known as “race music.”

Fenton — “How is there music on this flat black disc?” This question propelled 28-year-old Fenton resident Peter Putnam on a 15-year obsession with vinyl records.

It started with studying Thomas Edison’s phonograph, which led to him digesting the science, math and technology behind this enduring music medium. He now has about 2,500 records, which he plays with his Teac TN300 with receiver and speakers.

Putnam said vinyl is his primary way of listening to music. Of his titles, many are out of print. He feels a bit like a music historian or even archeologist. He has mainstream music and even single recordings of a Detroit band from the 1950s, who never released another physical album.

This hobby started as a “nerd thing” in middle school but is now not only cool again, but also a viable part of the national music business.

The trend that began approximately 10 years ago has continued growing. Vinyl is back, and it’s encroaching on CD sales, according to the Recording Industry Association of America (RIAA).

Physical media — CDs and vinyl — are only 9 percent of the U.S. music industries’ revenue today. Most of the revenues, 80 percent, are streaming services. Streaming is where the industry will focus, but they’ll likely keep producing record albums as long as people buy them.

Many big box stores like Target, Best Buy and Barnes & Noble are selling new record albums. These include recent releases.

Putnam’s oldest item is an Edison wax cylinder from 1890. The newest is an album of music from the Netflix series “Stranger Things.”

The bulk of his collection is vintage original pressings. “I like hearing the music how it was originally intended to be heard,” he said.

New record albums sell for more than $20 at stores, while CDs typically cost closer to $15.

Real ii Reel recording studio owner Marshall Block of Tyrone Township said, “No one buys CDs anymore.” He urges his artists to record a single, stream it, and look for results that way.

According to the RIAA, CD sales peaked in 2000, with $13.2 billion in sales accounting for 93 percent of all music revenue. In 2018, CDs were less than $700 million of a $9.8 billion music market. For a while, cassette tapes were the preferred medium.

Local shoppers are buying up vintage vinyl. Stacy Meilcarek of Yesterday’s Treasures antique shop said vinyl albums are a hot seller. Several readers commented on Facebook about their preference for the medium, including Katy Golden, Holly Downtown Development Authority director. She said she has 300 albums and two record players.