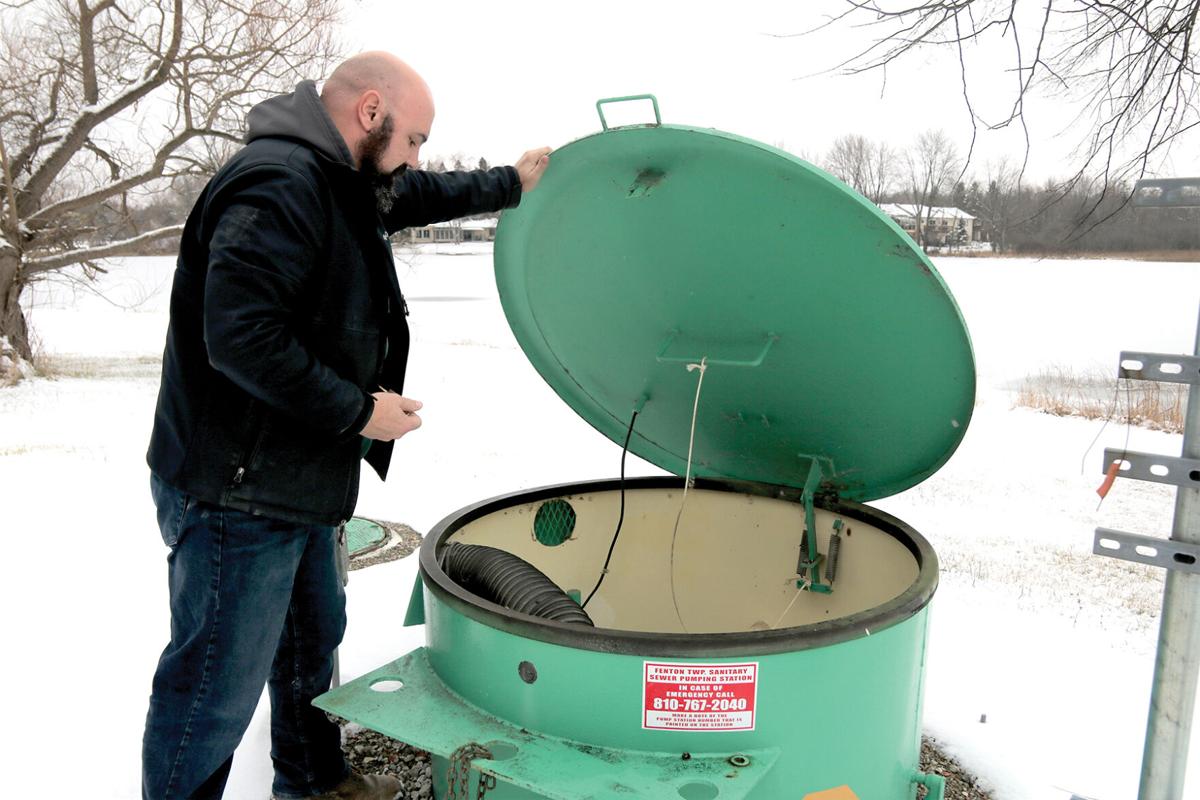 Bryan Bridenstine from Lawrence Engineering opens the sewer pump station at Petts Road on Tuesday, Jan. 5. Engineers will convert it from a dry pit station to a submersible pump station, which is safer. Fenton Township has approval to use Community Development Block Grants funds for this project. 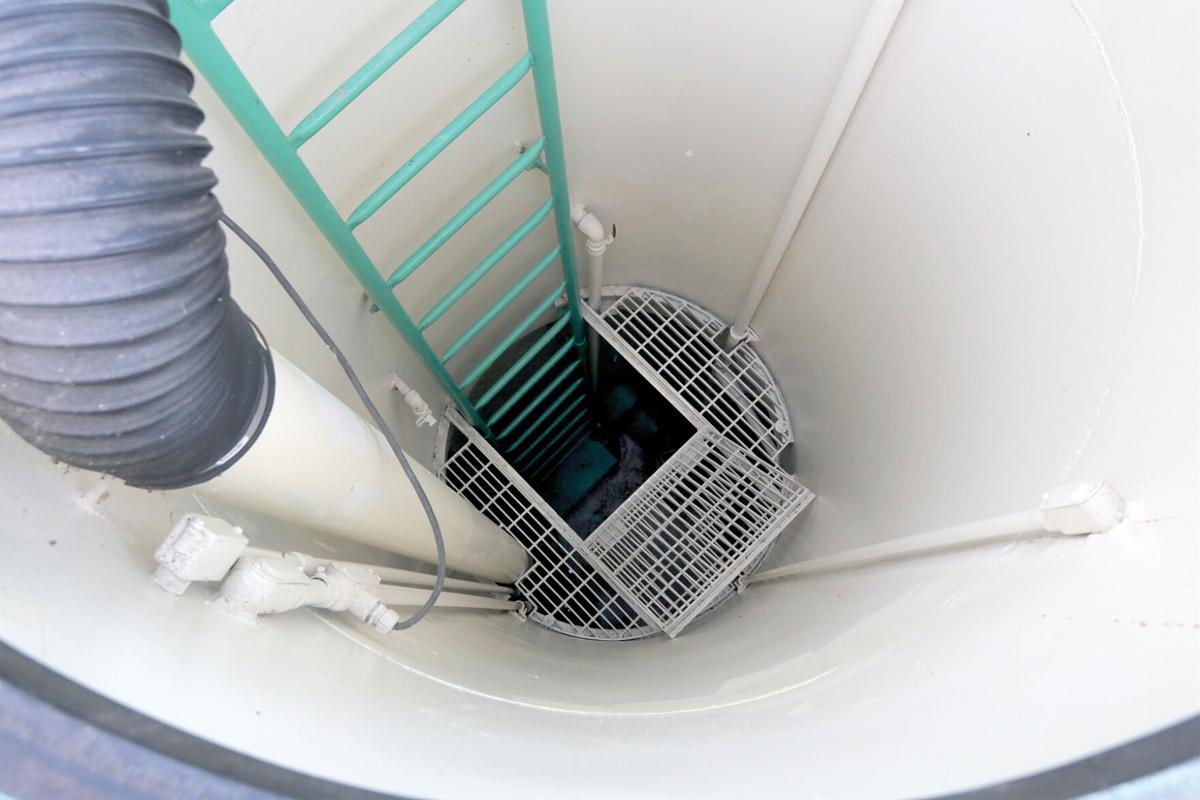 The sewer pump at Petts Road, which will become a submersible station, will also be upgraded with Omnisite, a wireless monitoring system.

Bryan Bridenstine from Lawrence Engineering opens the sewer pump station at Petts Road on Tuesday, Jan. 5. Engineers will convert it from a dry pit station to a submersible pump station, which is safer. Fenton Township has approval to use Community Development Block Grants funds for this project.

The sewer pump at Petts Road, which will become a submersible station, will also be upgraded with Omnisite, a wireless monitoring system.

On Monday, Jan. 5, the Fenton Township Board of Trustees voted to use Community Development Block Grant funds to conduct sanitary sewer upgrades.

These upgrades include converting the pump station at Petts Road from a dry pit system to a submersible pump station, as well as using an Omnisite wireless monitoring system for the site. These are upgrades the Township has been doing throughout the municipality on the sewer system in recent years.

Other upgrades include installing Omnisite wireless monitoring systems on pump station #23, at Firestone Drive and at #27, at Pomona Court.

The township is expected to receive approximately $117,573 in CDBG funds for 2022-2024. Any left over funds would be used for repairs of gravity sewer mains in the low-moderate income area in the township.

The submersible system that will be installed at Petts Road is safer, said Bryan Bridenstine of Lawrence Engineering. They can bring the pump on land and fix it.

The Omnisite system uses cellular service instead of landlines.

“It comes up on the screen and I can go to the computer, bring it up, and I can see each station and it shows how many times the pump has been pumping, how many gallons are going through the pumps and everything,” Bridenstine said. “We can see what’s happening and see what’s wrong before we get there.”

The landline technology only tells them when there is a problem, but it doesn’t say what the problem is. It requires workers to come to the site to investigate.

Currently, 10 out of 57 stations have the Omnisite system. The goal is for every station to have it, but Bridenstine said that will take time.

The township board has been discussing doing more video monitoring of the sewer system, which would allow them to find issues faster and more efficiently.

Melissa Lawrence, from Lawrence Engineering, said during the pandemic, they saw more rags in the sewers and more flow because people have been staying home. There were no major incidents with the system this past year.

Upgrades they’ve done in the past few years include adding generators to three pump stations in 2019. Currently, 11 stations have them. These stations, such as the one on Butcher Road, tend to have power outages or handle more volume.

“It’s staggering the importance of this sewer system in the township. Most of us never even think about it, it just happens it is a very complex system and I certainly support any improvement we can make,” said Trustee Kade Katrak.

The board considered a list of other projects that they sent for approval to the Genesee County Community Development staff, including street improvements and installing barrier-free improvements at the Thompson Road Regional Dog Park. However, the dog park project was determined ineligible, according to meeting minutes, due to “no architectural barriers being removed.”