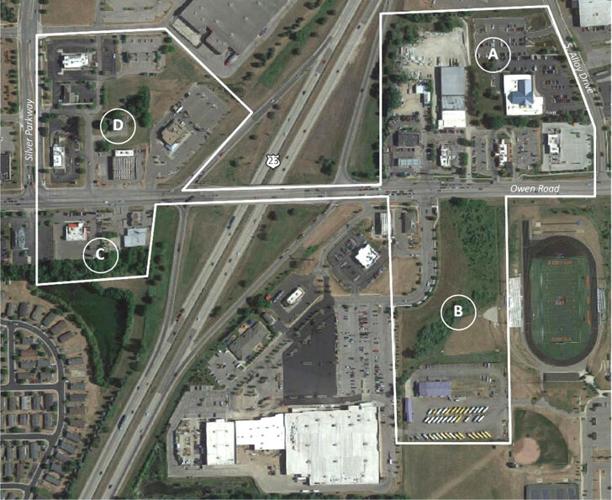 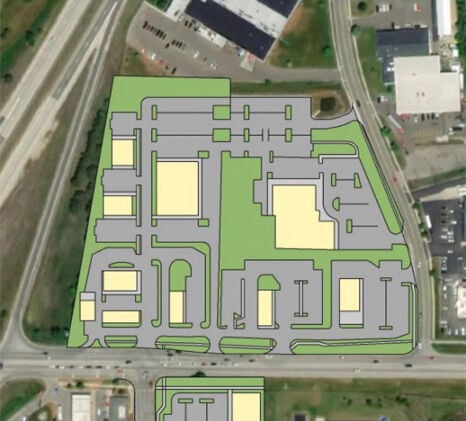 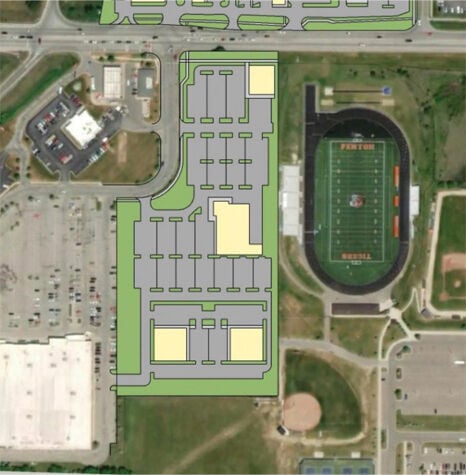 The four corners of the U.S. 23 and Owen Road intersection are some of the busiest areas in the city of Fenton.

In the recently adopted master plan, the city has created a subarea plan for these four quadrants that identifies which areas can be further developed.

“The U.S. 23/Owen Road area has seen a considerable amount of growth and new development over the past 20 years,” the plan states. “Spillover market demand from Silver Lake Village, Walmart, and the Shoppes of Fenton PUD has led to the upgrade of existing sites and buildings such as Speedway, BP/Tim Hortons, Taco Bell, Arby’s and KFC.”

The plan states that coordinated access and redevelopment is crucial here. All the traffic signals were synchronized in 2011 to optimize traffic flow. The redevelopment opportunities exist in the land behind BP and Taco Bell, which contain industrial buildings. The site behind BP is “underutilized,” according to the plan, and the building behind Taco Bell could be developed in a more efficient manner.

The topography at the back end of the McDonald’s and Culver’s sites create a barrier to create a cross connection.

“The intersection, especially the north side, is not equipped to handle additional traffic, so alternative ingress and egress must be provided if sites to the north are to be redeveloped,” the plan states.

The Shoppes of Fenton/Target area is built out, except for the land to the east between the driveway and the Fenton Area Public Schools property. For years, city planners have discussed creating an additional outlet on this property at the entrance to the Shoppes of Fenton.

“At the northwest corner of the property is a vacant area that could be sold and redeveloped using the existing traffic signal for access because the south side of the intersection was designed to carry greater volumes of traffic. There is a large berm located along the Shoppes of Fenton entrance drive that would need to be excavated, but the task is not insurmountable,” according to the plan.

Key recommendations include: rezone the site low density residential to general business district/planned unit development to accommodate commercial opportunities; use Shoppes of Fenton driveway for access; provide parking facilities in the rear; and provide pedestrian connections to the school site.

The plan identifies this site as “poorly maintained and underutilized.”

Barrels & Vines, which owns multiple mini-mart facilities in Michigan, has plans to redevelop the site at 3325 Owen Rd. in spring 2022. Plans include a new gas station, convenience store, and fast food restaurant with drive-through.

City planners thought the rear of the site could be an opportunity for expansion, but the steep slope does not allow it. However, there are opportunities for shared parking.

Key recommendations include: encourage full redevelopment; restrict the number of driveways to Owen Road and connect driveway to existing access driveway; and maintain a positive image from U.S. 23.

“The primary challenge with this area has been the left turn access into and out of the property,” according to the plan. It highlights circulation fixes for the area.

These buildings were developed individually without a cohesive access driveway plan.

“Coordinated circulation and use of cross-access between the Boston’s (restaurant) site, the gas station, and (former) Kmart would improve access options in general, and would alleviate some existing concerns, especially for eastbound traffic turning out of the Boston’s driveway, which is located especially close to the U.S. 23 interchange,” according to the plan.