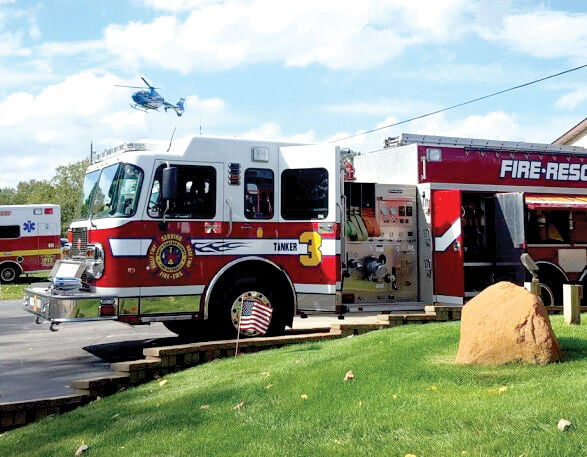 During a special meeting Thursday, June 3, to discuss its budget for the North Oakland County Fire Authority (NOCFA), the Rose Township Board of Trustees approved a motion by Trustee Glen Noble and seconded by Trustee Patricia Walls to approve an operating budget of $849,926 as its annual contribution for fire and EMS services.

This motion came after Clerk Debbie Miller made a motion to approve NOCFA’s original proposed operating budget of $920,000, meaning Rose Township and Holly Township would each contribute an even split of $920,000 annually.

Holly Township has a NOCFA millage of 3.85 mills. The township board approved the $920,000 operating budget for NOCFA at its May 19 meeting.

There was no support to Miller’s motion, which meant it failed.

Miller said the Rose Township board never discussed the NOCFA budget before voting against it at their May 12 meeting.

The NOCFA board had previously approved taking the $920,000 annual contribution proposal back to their respective township boards for a vote.

On June 3, Miller said NOCFA Chief Jeremy Lintz submitted the operating budget that he needed. She said Lintz gave reasons for the increase and a detailed report. “Everything costs more,” Miller said. She added that if they ever had a fire or medical emergency, who would they call. “I’m very concerned,” she said.

Walls said she is not a “newbie” on the fire authority board and that she has been taking minutes for years and attends all of the meetings. She said she would have preferred to see three options for the townships to vote on, rather than one proposed budget. “I’d be the first to give them more money, but right now under our circumstances, we should hold back a bit.”

In response, Miller said prices are rising and the township needs to keep its firefighters. “It’s very scary,” she said. “It’s not like we can’t afford it. We can afford it.”

Noble said the fire department has morphed into an EMS organization.

Scheib-Snider said she did not expect the NOCFA budget to double in five years. She said they’re supposed to pay 50/50 for equal services but station 3 needs more coverage.

“The doubling floored me, when we’re not covered,” Scheib-Snider said. She added that personnel should bring their equipment and set up to provide more coverage for station 3.

Gambka said there is room for discussion in the upcoming months regarding the budget. “We need a budget and this is the best we have at this time,” he said.

A roll call vote was taken on Nobel’s motion to approve an annual contribution of $849,926. Voting in favor were Walls, Gambka, Nobel and Scheib-Snider. Voting against the motion was Miller.

By a vote of 5-0, the Holly Township Board of Trustees voted to approve a motion to approve an annual contribution of $849,926 to the NOCFA operating budget. The meeting lasted 12 minutes.

Lintz said NOCFA will be able to get by with the budget that was approved by both boards. He said the two biggest items that did not get funded were the additional full-time position that was requested and the anticipated annual wage increase for the seven full-time employees.

“The full-time position was requested due to the short of paid on-call personnel that continue to plague us,” Lintz said. “As a result of the wage increases not being funded, the full-time employees petitioned and were accepted into the International Association of Fire Fighters (IAFF) union.”

When asked what joining the IAFF union would do for the full-time NOCFA firefighters, Lintz said, “Well I don’t have a lot of experience with bargaining agreements. However, as I understand it, the Fire Board will have to be involved in negotiations and depending on prevailing wages, benefits and other employment factors personnel costs may increase significantly.”

Lintz went on to say, “I support the employees’ decision to organize. Over the past five years as we brought on more full-time employees, I have attempted to offer them good wages and benefits that were somewhat comparable to other municipal bargaining agreements, while keeping in mind that we are a smaller, rural community with a tight budget.

“I kept pace with those points in mind by slowly increasing wages and adding new employment incentives each year. It was a fair balancing act and the full-time employees were understanding of it. They knew that I would do what I could to take care of them.

“Now that I have somewhat lost control over administrating wage increases for them, it only makes sense that they try and protect themselves by organizing.”