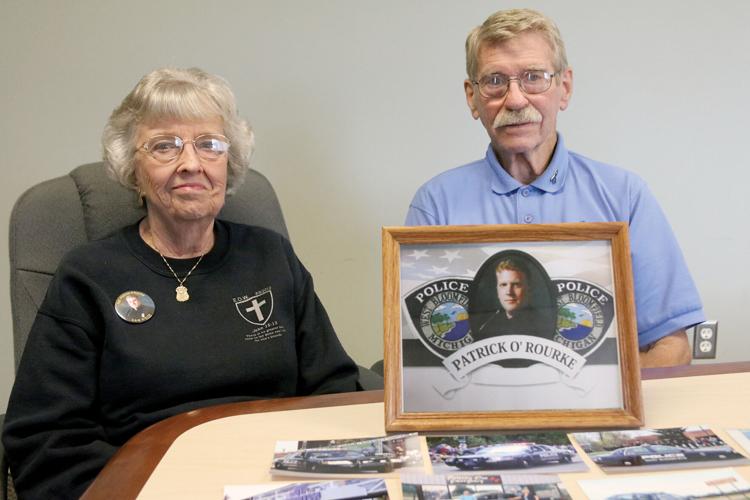 Arlene and Dan O’Rourke, parents of Sgt. Patrick O’Rourke, sit with photos of their son, who was killed Sept. 9, 2012, nine years ago, in the line of duty. Despite a deep loss, the couple hasn’t stopped trying to help others. 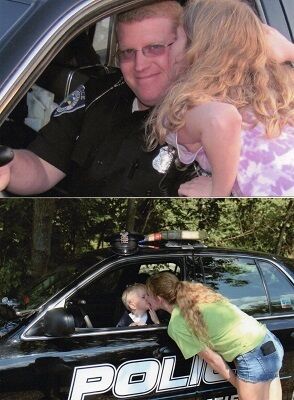 Arlene and Dan O’Rourke, parents of Sgt. Patrick O’Rourke, sit with photos of their son, who was killed Sept. 9, 2012, nine years ago, in the line of duty. Despite a deep loss, the couple hasn’t stopped trying to help others.

Patrick O’Rourke’s name and story were heard across America, and his family and multiple organizations have worked to make sure his name will never be forgotten.

O’Rourke, 39, who worked for the West Bloomfield Police Department, was killed more than nine years ago on Sept. 9, 2021, by a lone gunman who had barricaded himself inside his West Bloomfield home. He left behind a wife, Amy, four children, his parents, Dan and Arlene O’Rourke, and three brothers. He was a 12-year veteran and was posthumously promoted to sergeant. The police department set up a trust fund in his name.

Along with golfing fundraisers and the endowment with the West Bloomfield Township Police Department, there are more organizations and memorials set up in his name.

“It’s really humbling because there’s just been so many things that have been done for our family that you just don’t even feel worthy,” said his mother, Arlene. “People are just so loving and so kind and generous. They’re blessings for sure and it kind of takes the sting away.”

Along with O’Rourke’s name on his black granite gravestone, which has Amy’s favorite scripture verse of Isaiah 55:8 and four shamrocks representing each of the children, his name also can be found in multiple states and memorials.

O’Rourke’s name is memorialized in multiple statues and memorials across the state. The West Bloomfield Township Police Department has a memorial for him. They’ll have an event in May during police week.

Drivers see his name on U.S. 23. In 2013, a portion of the highway in Tyrone Township was dedicated after O’Rourke. The signs, privately funded and approved for the county by the Livingston County Road Commission Board, can be seen on Old U.S. 23, just south of Center Road and on Old U.S. 23 north of M-59.

In 2013, Saginaw County Sheriff Bill Federspiel wrote a song called “I am the Werewolf,” which was inspired by meeting Amy after the death of her husband. O’Rourke’s name is on a memorial for police officers and firefighters on Dixie Highway and Telegraph.

In 2014, three West Bloomfield police officers escorted O’Rourke’s three daughters to the Daddy-Daughter Dance at AGS Middle School. These officers were on scene of the Sept. 9 incident.

In 2018, Mary O’Rourke, who was 14 at the time, sang at the Michigan Concerns of Police Survivors (COPS) 25th annual Law Enforcement Candlelight Memorial Service at the State Capitol in Lansing.

Dan said you think you know your kids, but he’s been surprised by the number of nice stories he’s heard about his son after his death.

“Pat was a kid every man would dream of having as a son. All the boys are great,” he said. “He had that personality that just drew people to him.”

Arlene said they heard many wonderful stories about him in the weeks after he was killed, and they still hear stories from people they’ve never met to this day about how their son affected their lives.

A woman told Arlene how O’Rourke once spoke with a young kid who was at the hospital after trying to commit suicide. He stayed and talked with him for hours.

“This woman told her (Arlene) that this man basically saved my son’s life,” Dan said. “That’s just one example.” O’Rourke often stopped by one house to visit with an older man who was lonely.

After hearing these stories, Dan said, “You miss him more. You didn’t know what you had was even more valuable than you thought. You’re so proud, you’re busting at the seams, and yet it makes you sadder at the same time.”