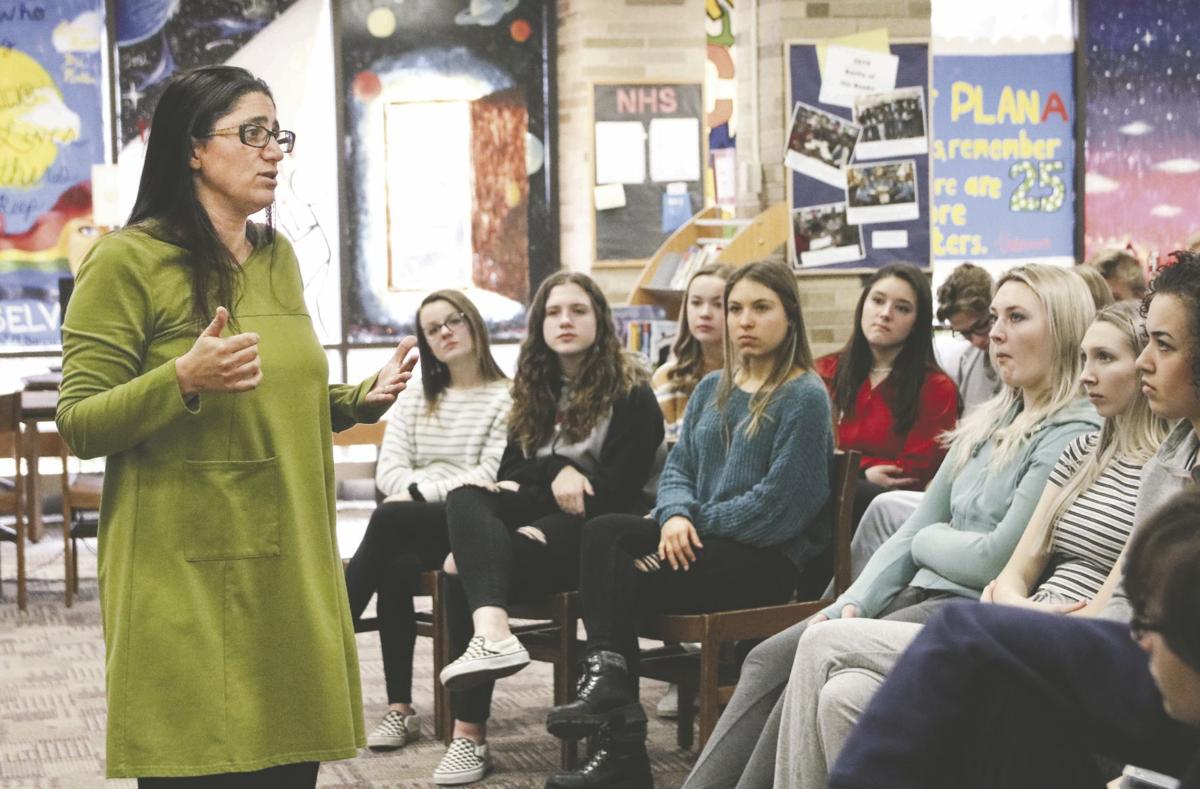 Dr. Mona Hanna-Attisha speaks to Linden High School students on Tuesday, March 3 about her book, “What The Eyes Don’t See: A Story of Crisis, Resistence and Hope in an American City.” 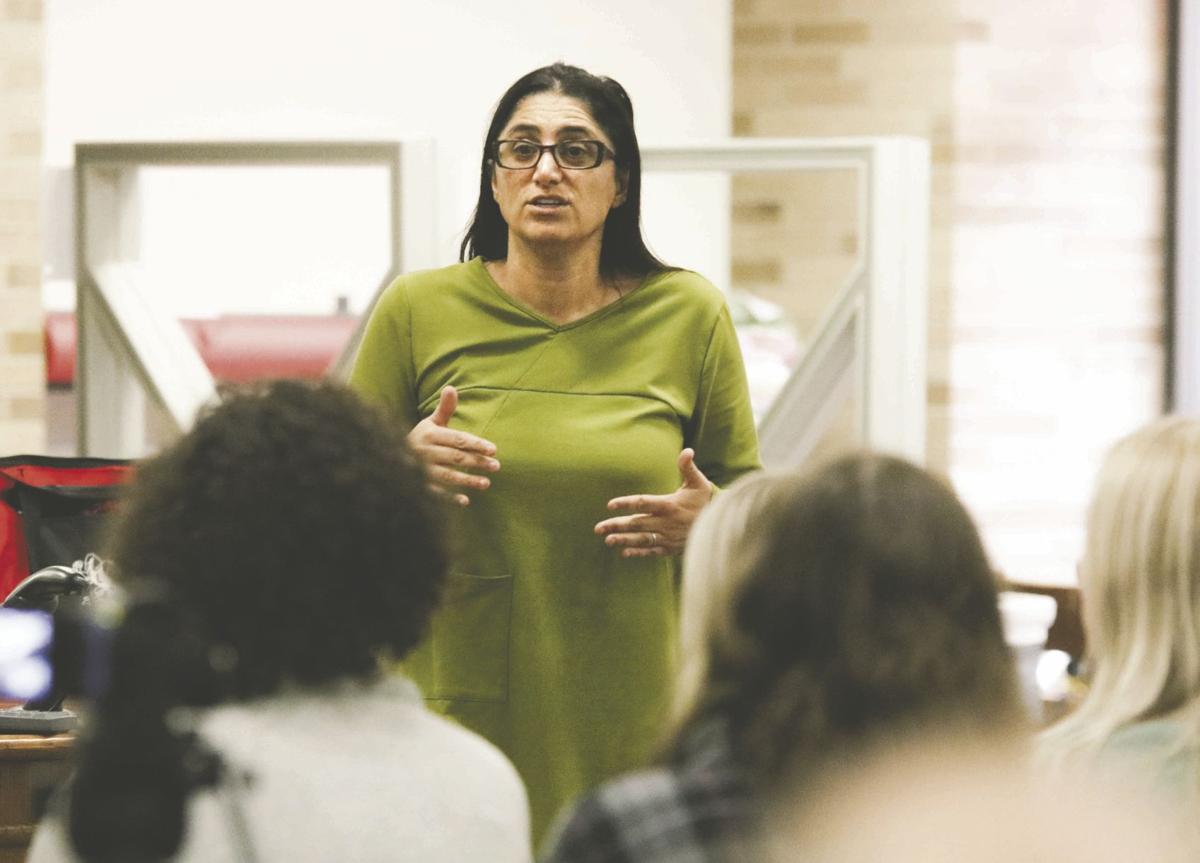 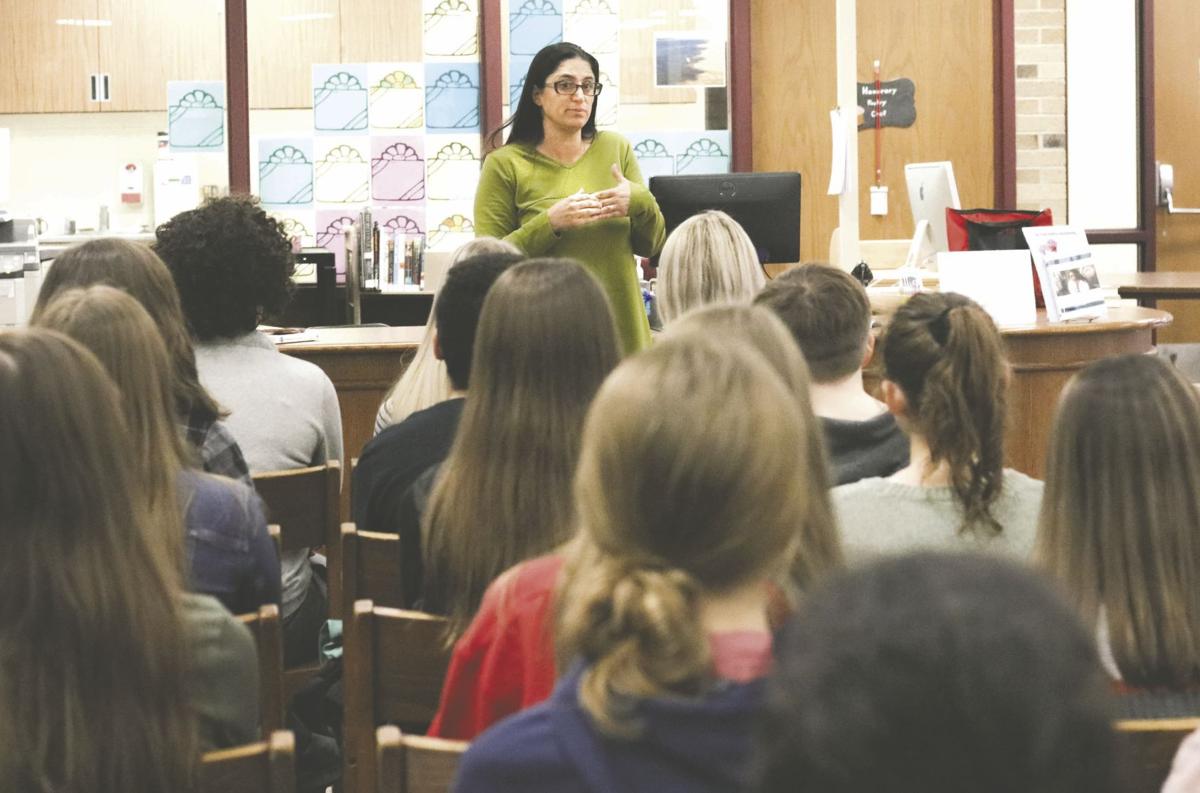 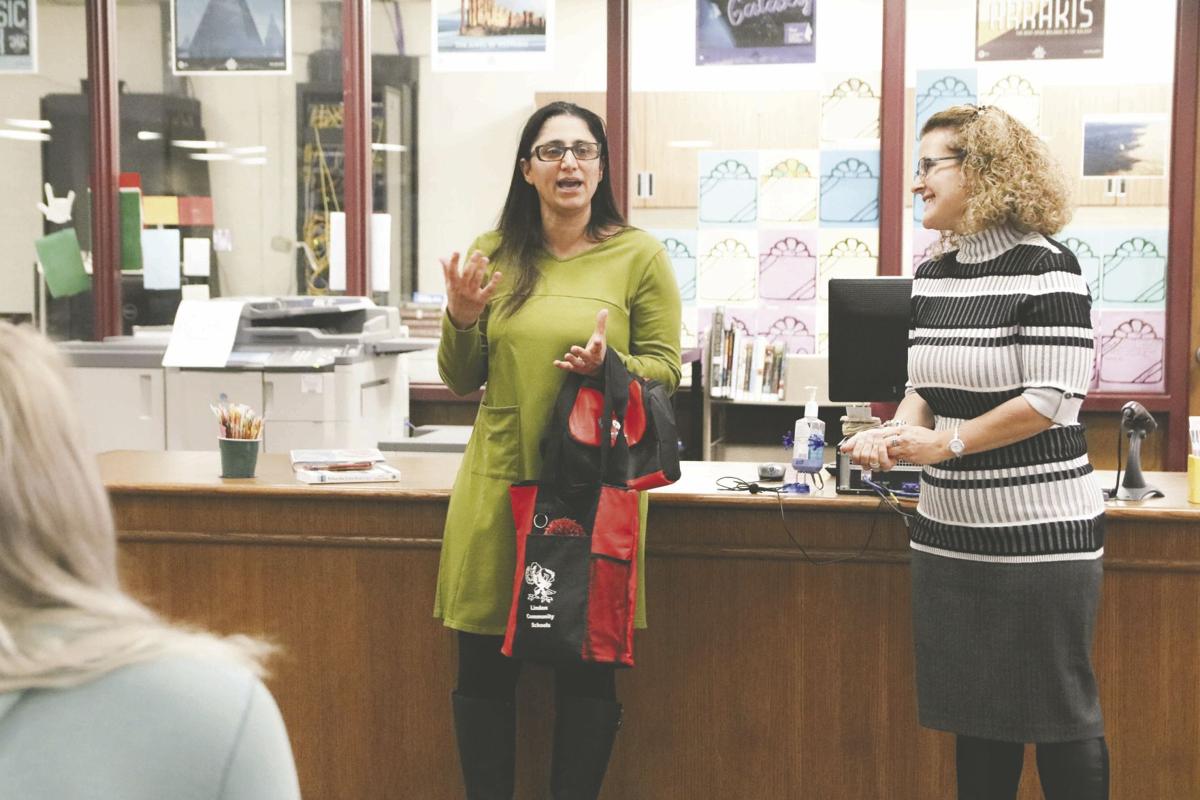 Dr. Mona Hanna-Attisha speaks to Linden High School students on Tuesday, March 3 about her book, “What The Eyes Don’t See: A Story of Crisis, Resistence and Hope in an American City.”

Linden — Two Linden High School classes had the opportunity to listen and meet with the pediatrician and scientist who played a major role in uncovering the Flint water crisis.

Dr. Mona Hanna-Attisha, who alerted officials and the public about increased lead levels in the blood of Flint children, spoke on Tuesday, March 3 about her book, “What The Eyes Don’t See: A Story of Crisis, Resistance, and Hope in an American City” to two Advanced American Literature classes taught by Bethany George, Ph.D at Linden High School. George incorporated the book into the curriculum.

Hanna-Attisha told students it’s important to understand the history of Flint to understand how the crisis happened. This includes the impact of the automotive industry, the strikes and the migration that the city experienced from people looking for work.

“Many people argue the middle class was born in Flint, Michigan,” she said. Flint is the poorest city of the country right now in its population size.

“A kid in Flint actually has a life expectancy of 15 years less than a kid in an adjacent zip code,” she said. “Is that okay? No, that’s not okay.”

In 2011, Gov. Rick Snyder appointed an emergency manager of Flint, which is a position appointed by the state to intervene in financially struggling municipalities. “In 2011, Flint lost democracy,” she said. “People’s voices were taken away.”

In 2014, it was the decision of the emergency manager to switch the water source to the Flint River, which led to the water crisis because the city didn’t enact proper controls. After this, residents complained about the poor quality. The General Motors plant in Flint stopped using the water because it was corroding the equipment.

“Can you believe that? Drinking water was corroding engine parts,” she said. “They were allowed to go back to Great Lakes water yet the people of Flint throughout were told that it was okay to drink.”

Hanna-Attisha cared for kids and families at this time and heard their concerns about the water. She reassured her patients that it was fine to drink, unaware of the lead, which can severely affect mental and physical development. “I was wrong like so many people,” she said.

Hanna-Attisha also calls the book a memoir because she discusses her own immigrant story. She came here when she was 4. Her parents left Iraq to seek opportunity and eventually came to

America. Growing up, she heard stories from her parents and older family members about fleeing injustice.

Once she discovered the lead in children’s blood and held a press release about her findings, officials at the state level tried to smear her.

“It was hard to speak up. After all these powerful voices were telling me I was wrong, there was a part of me that said, ‘oh my gosh, maybe I should have kept quiet,’” she said. “Fortunately, those feelings only lasted for a few minutes — they could attack me all they wanted, but it had more to do with my kids. As a pediatrician, I took an oath to protect kids.”

After she spoke, students asked questions about Flint’s progress, her writing process and more. To read the full story, go to myfenton.com.

“I liked it a lot. It wasn’t something I knew a lot about before. It kind of inspired me to think more about injustices and how even someone as one person can make a big difference,” said sophomore student Anthony Champagne, 15.

Emelia Primm, a 10th grade student, 16, said she “loved it” and that she can relate to the human side of the story as a minority. She said the fact that Hanna-Attisha was able to come and speak to students was “important and influential for people who want to use their voice and be an activist and having a say in important topics.”

Mikayla Dettman, a senior and instructional leader for teacher George, reached out to Hanna-Attisha and arranged the event. “I wasn’t expecting her to answer me,” she said. “It worked out better than I had been hoping. It’s easier to understand the jokes and the personality and the book as she was talking. I’m just really honored that she came in to talk to us.”

Adding the book to the curriculum was possible due to a grant for the 2019-20 Great Michigan Read presented by Michigan Humanities supported by national, statewide and local partners, including the National Endowment for the Humanities and The Meijer Foundation.

“One of the biggest lessons of this story is doing the right thing is often not the easy thing, but it is what we need to be doing,” she said.

The book touches on how America doesn’t do the best job taking care of children, she said, and how deteriorating infrastructure negatively affects children.

She thinks the book resonates widely because it’s about science, and how it’s important to value science and scientists. Environmental contamination is one of the major themes, and Hanna-Attisha said it’s disproportionally minorities who suffer from it.

“Despite all this badness that this story brings to light, it’s also a story about how everyday people — moms and dads and activists and journalists and students and scientists and doctors — came together and said ‘enough,’” she said. “It’s also a story on how we do not have to accept the status quo.”

Part of the proceeds from the book go to the Flint Kids Fund, which is funding a lot of the recovery. One student asked about what progress Flint has made.

Hanna-Attisha said Flint is still in the midst of a crisis, but there’s been improvements. This includes replacing almost all of the city’s lead pipes, increased programming for children, approximately 150,000 children’s books were delivered to Flint, and more.

There’s increased awareness about lead and children’s issues, and Hanna-Attisha spends a lot of her time working with communities struggling with similar issues.