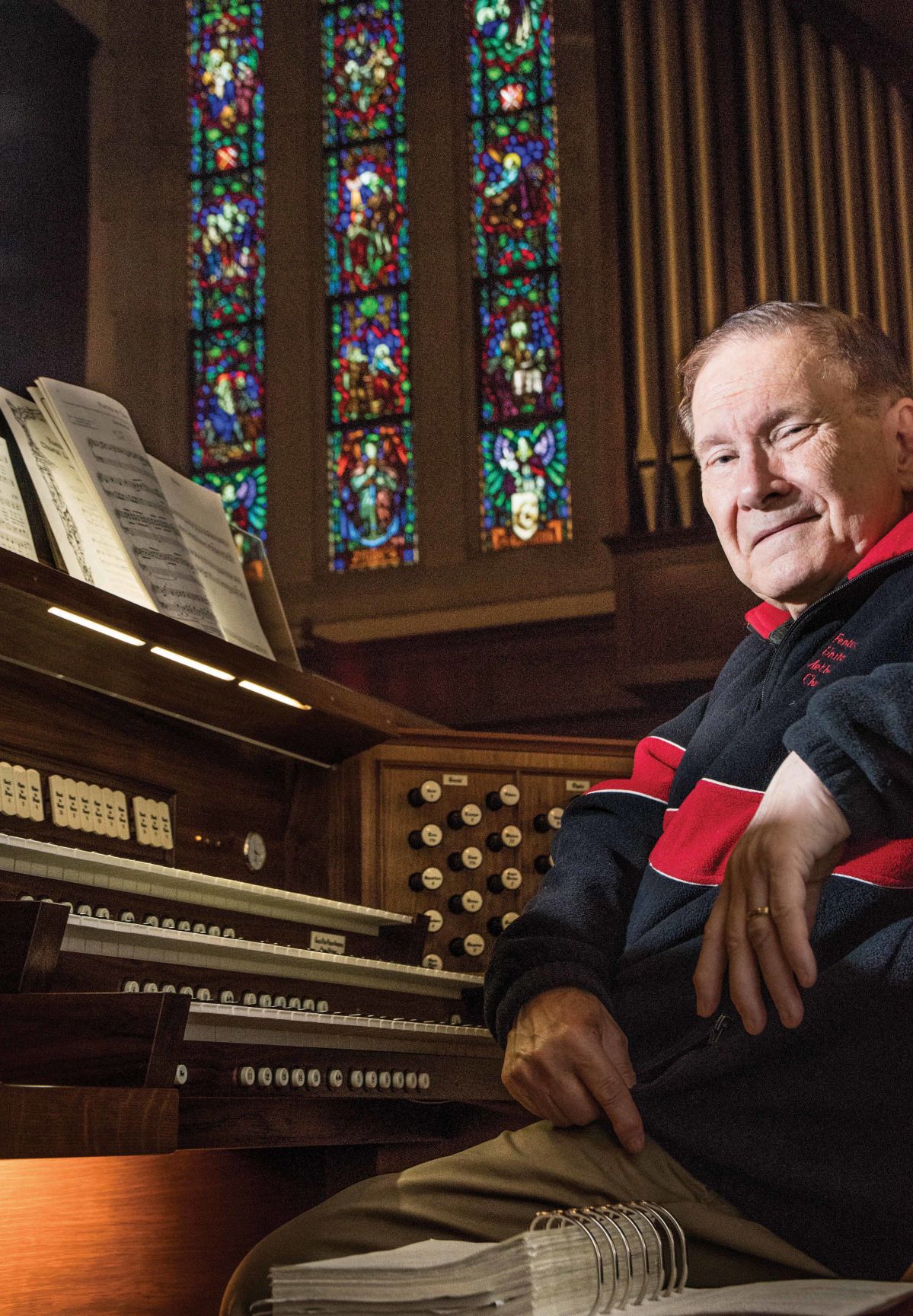 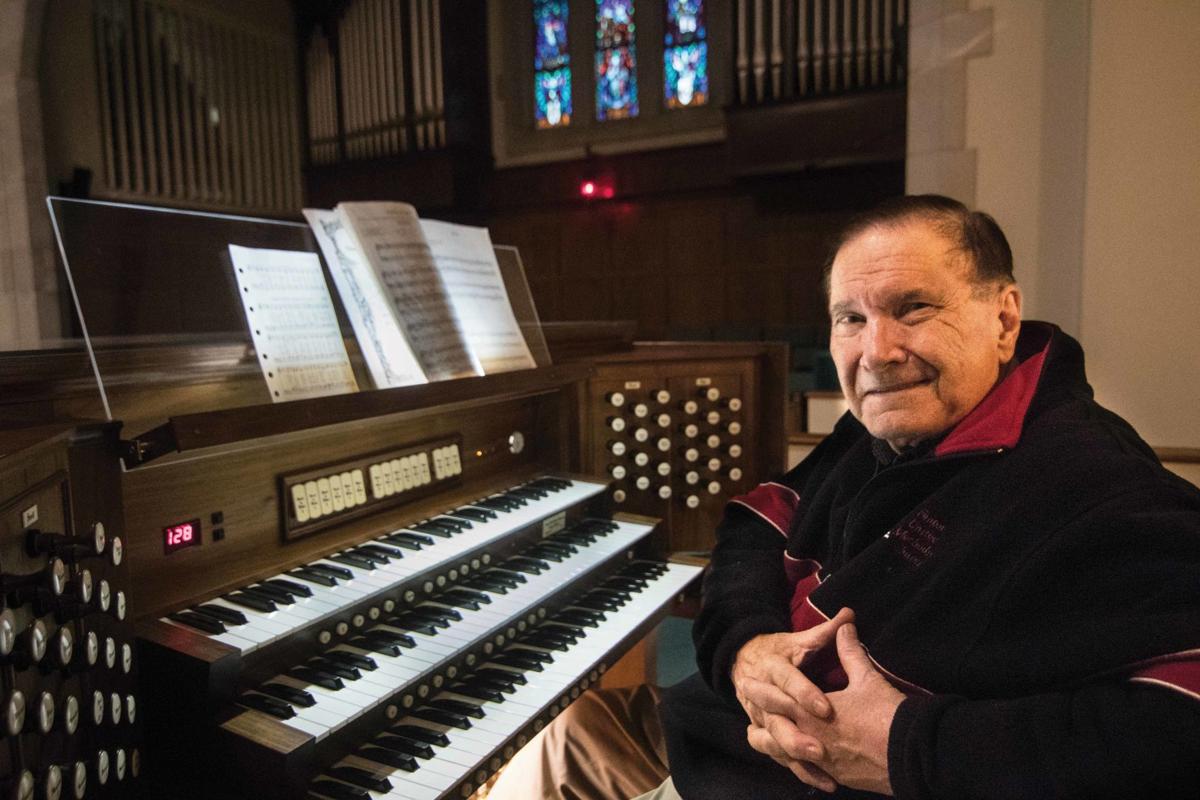 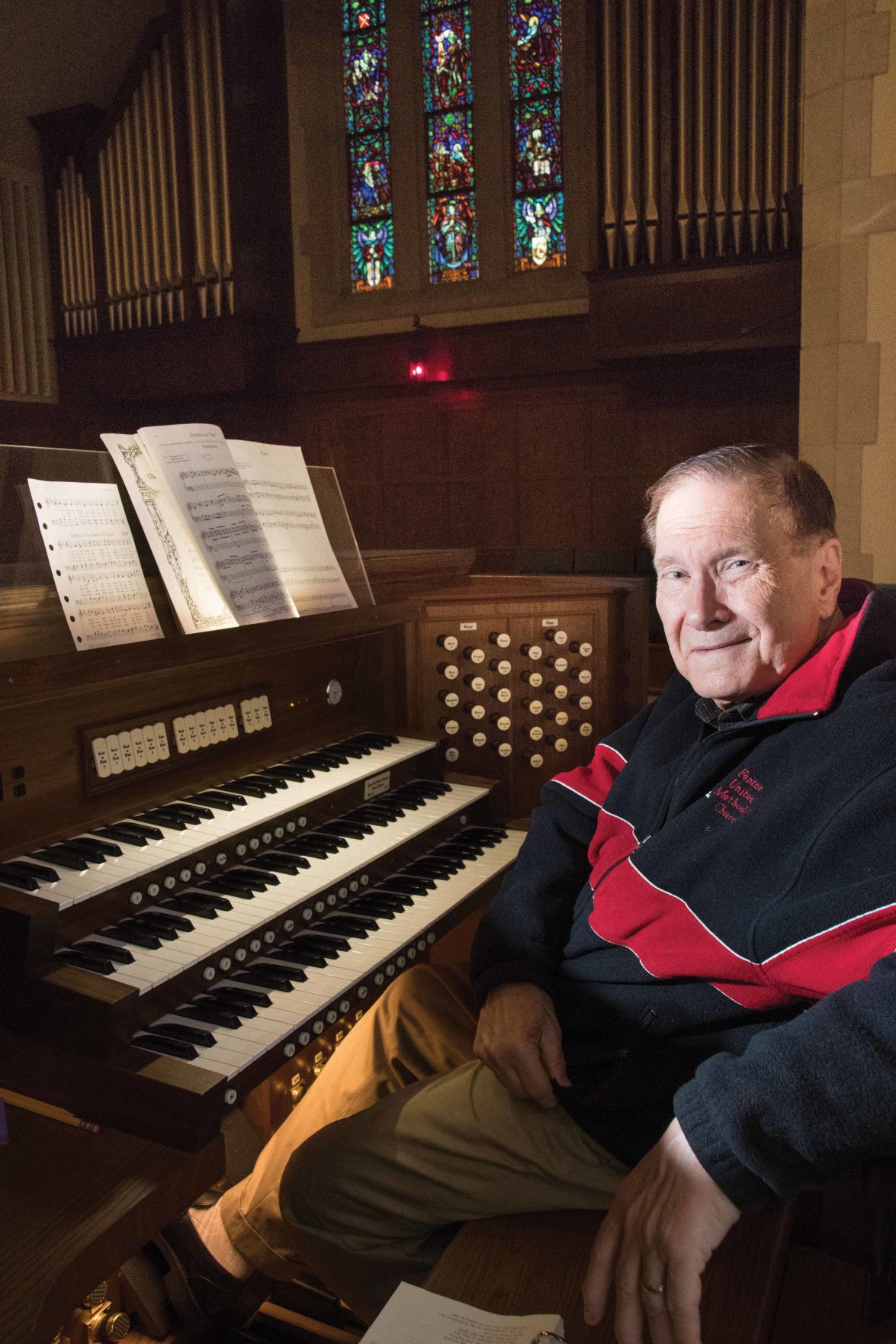 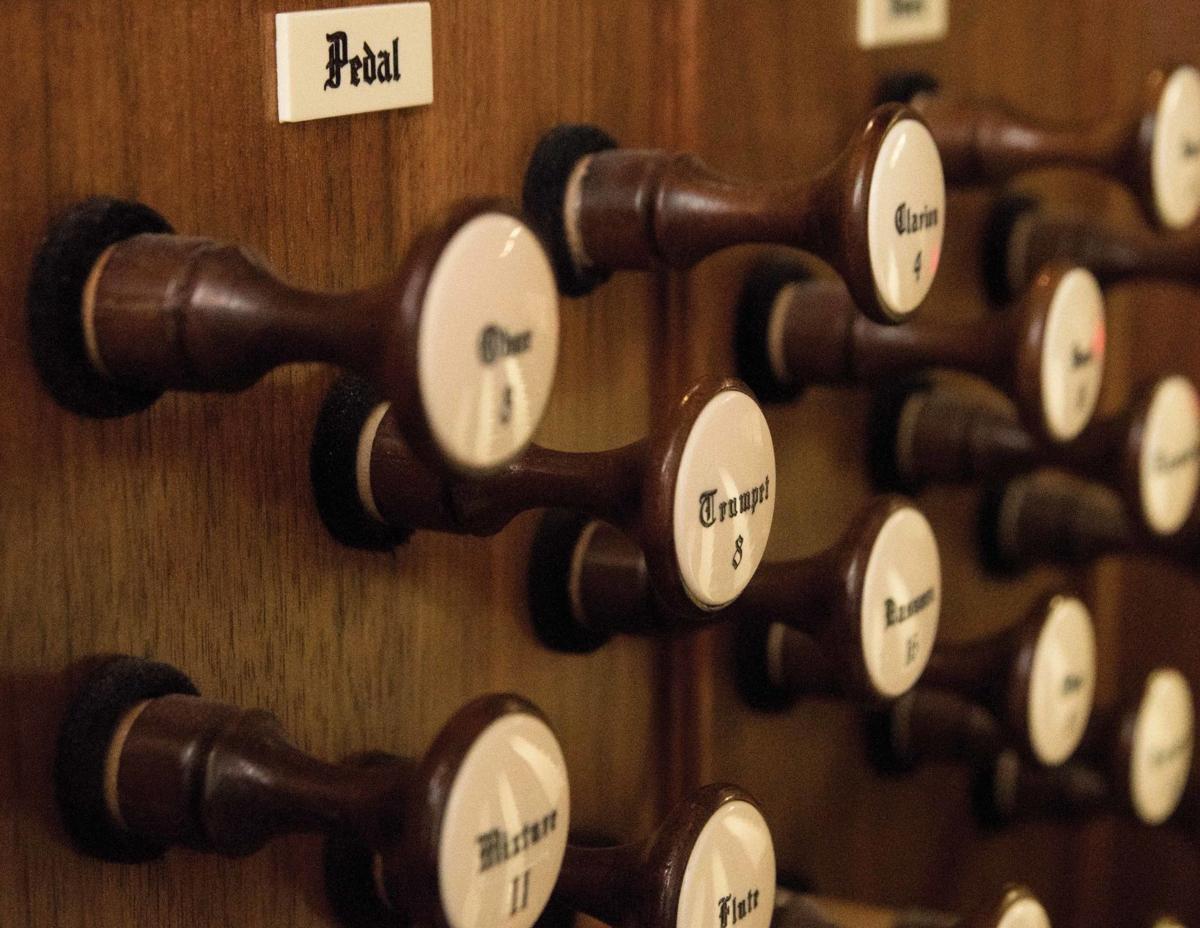 There are dozens of organ “stops” that vary the overall sound by utilizing different combinations of pipes. 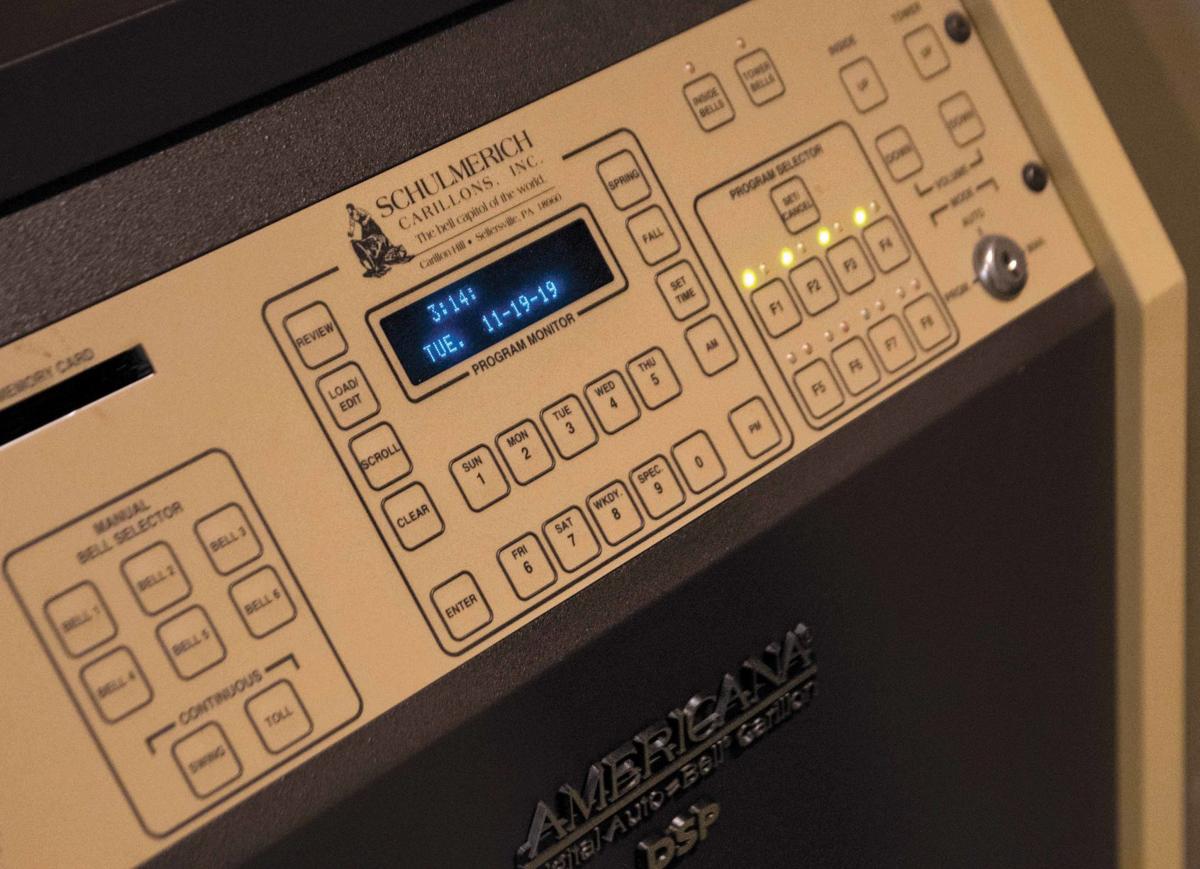 This computer console controls the bell sounds that emit from the Fenton United Methodist Church steeple, four times per day on weekdays. 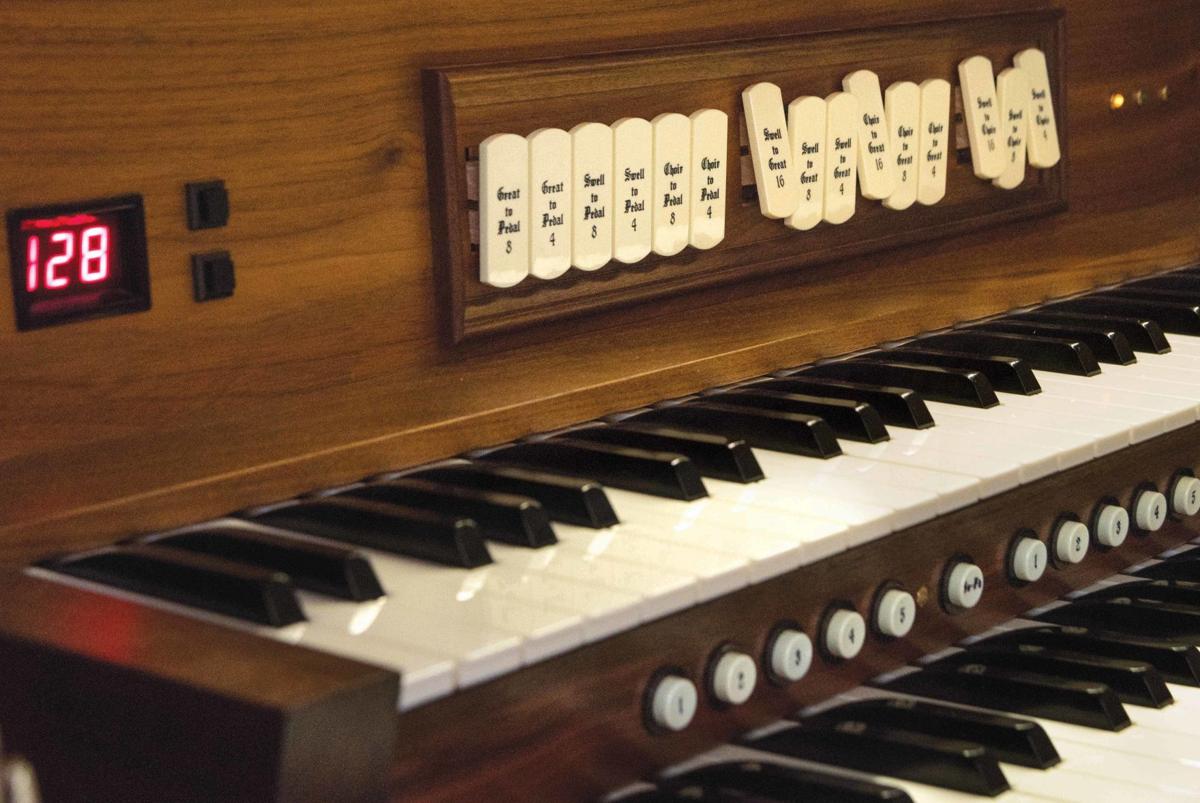 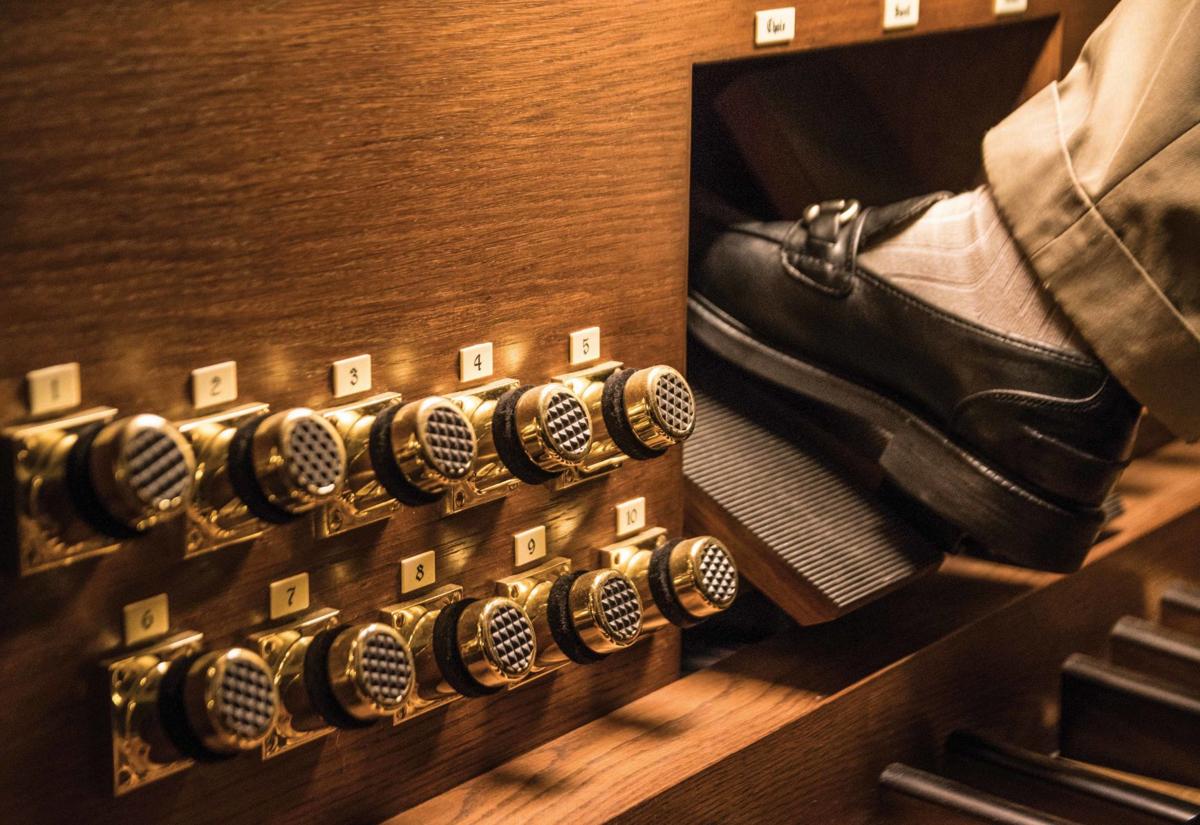 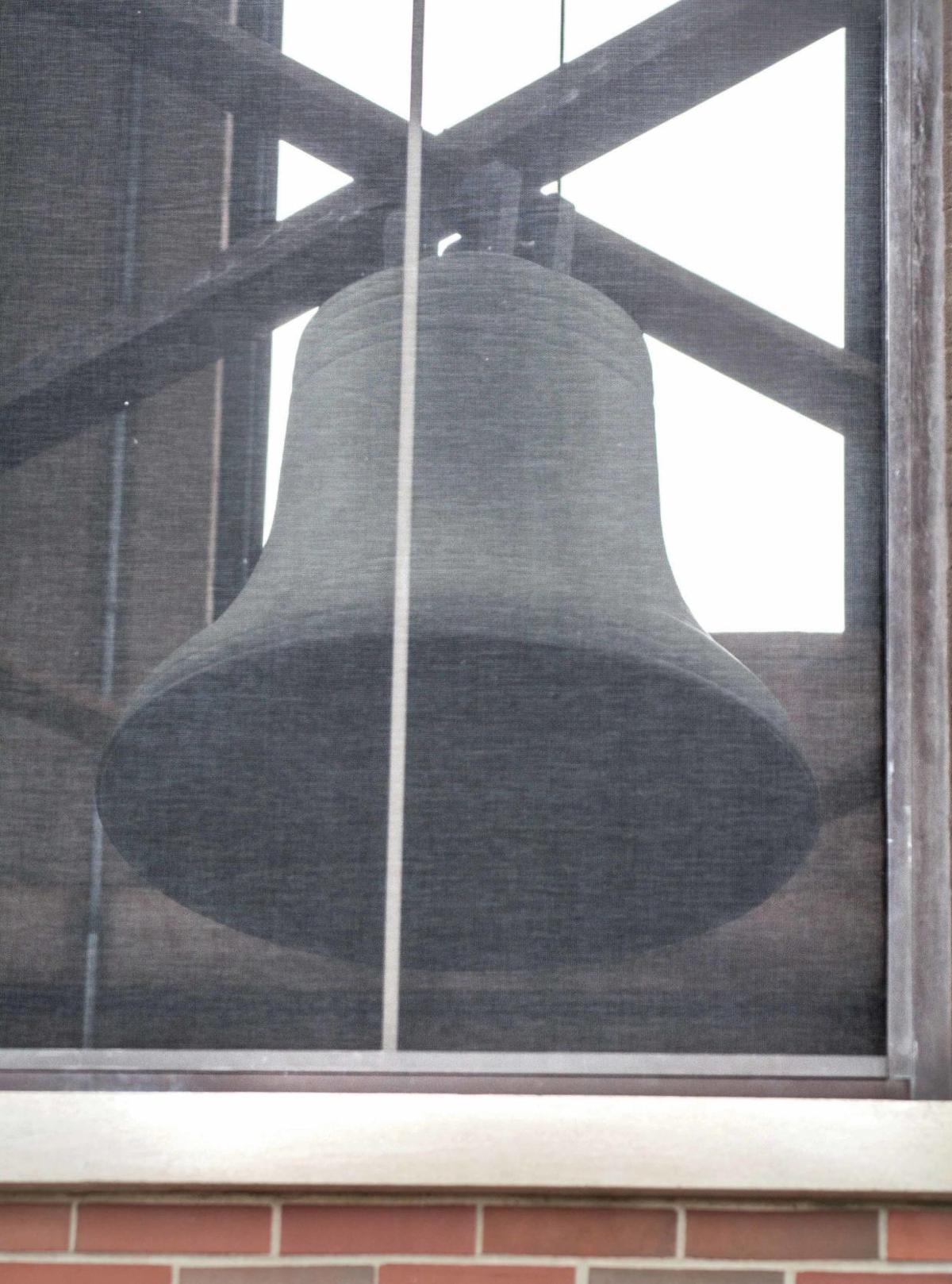 There are dozens of organ “stops” that vary the overall sound by utilizing different combinations of pipes.

This computer console controls the bell sounds that emit from the Fenton United Methodist Church steeple, four times per day on weekdays.

For these churches, “Christmas” music starts Sunday, Dec. 1, the start of the Advent season. For churchgoers, Advent marks the beginning of the season waiting for the birth of Jesus. The Christmas music season runs until Dec. 24.

While the songs such as “O come, all ye faithful” and “Silent Night” sound like real steeple bells, they’re actually electronic “carillon” systems played digitally through speakers high up in their steeples.

Shauna Meyers, operations manager for St. John’s Church, said since the 1980s, many of these bell systems have been automated, doing away with physical bells for the steeple sounds. This allows churches to play full songs that would otherwise require dozens of physical bells and expensive linkage equipment.

The FUMC system is run by a computer cabinet system purchased in the mid 1990s that plays out of four speakers in their steeple.

FUMC organist Gary Horton said that more than 1,000 hymns can be played, which change depending on the calendar and church seasons. Their bell systems are automated, but programmable. “We even have the Michigan fight song on it here,” Horton said.

St. John’s system is a little more updated. Instead of a programmable computer cabinet system, they have a touch screen tablet that is connected to their sound rack behind the altar. Both systems can play hundreds of songs depending on the event and the season.

Myers said they used bells to mark the election of Pope Francis. She said some find the bells nostalgic. They sound off at St. John’s 34 times per week.

Music at Mass also changes with the Advent season. Horton, 80, has been playing the pipe organ for FUMC since 1986. He is a retired Army officer of 36 years.

Their system is mechanical, with original FUMC pipes, as well as pipes purchased from another church. The pipes are “voiced” for their building. “Voicing” is manipulating each individual pipe to get the best sound for the space. This is usually done by trained contractors. The only digital component is the bank of personal settings stored for different organists.

There are four separate pipe systems, which make different sounds, controlled by three separate hand keyboards and one-foot pedal “keyboard” played by Horton. There are dozens of “stops” for the combinations of sounds.

He said he’ll never in his career be able to find and use all the possible sound combinations available. The sounds he plays range from soft and soothing to roof-shaking power. He also can play bell sounds with the organ console.

Horton learned to play the organ via his four-year degree from the University of Michigan, and he has continuing education. “I just like music. It uplifts people’s spirits and that makes me want to perform better,” Horton said. “The choir loves singing with the organ.”