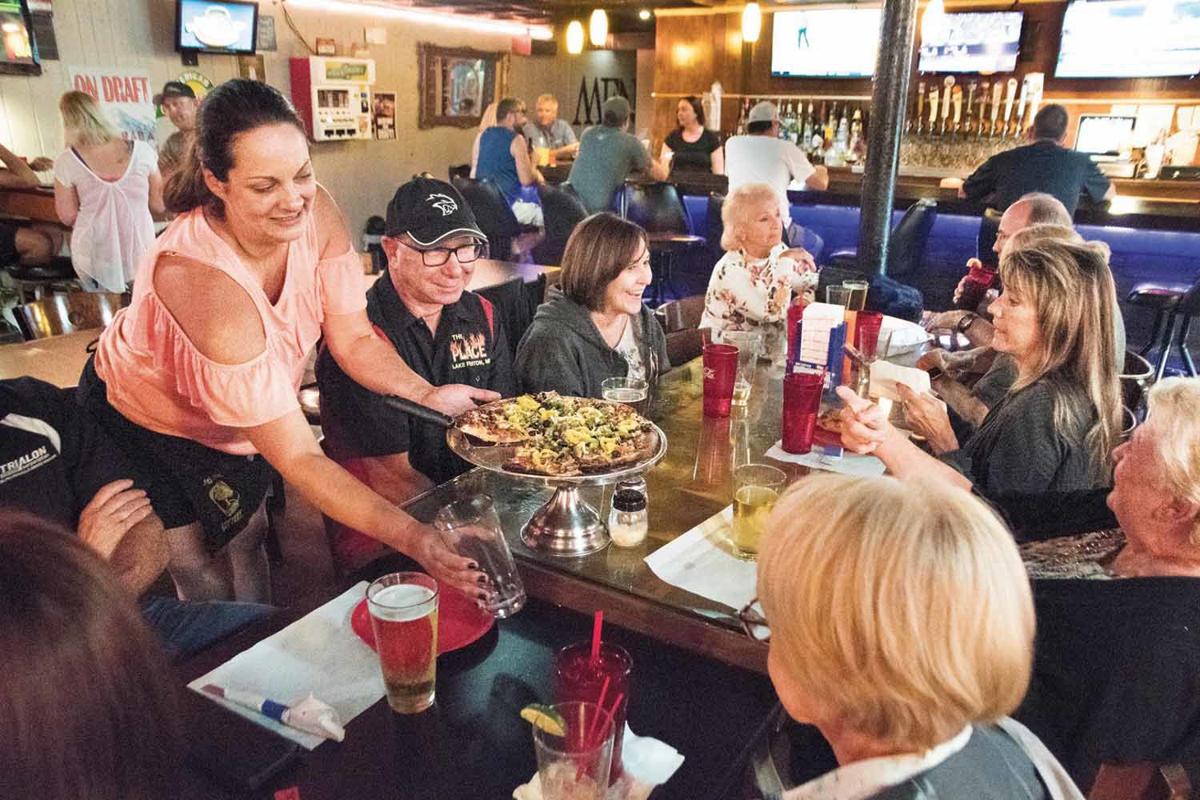 The Fireplace Bar & Grille server Kelly Staneff of Tyrone Township delivers a pizza to a group of regulars at the restaurant on Monday, July 15. 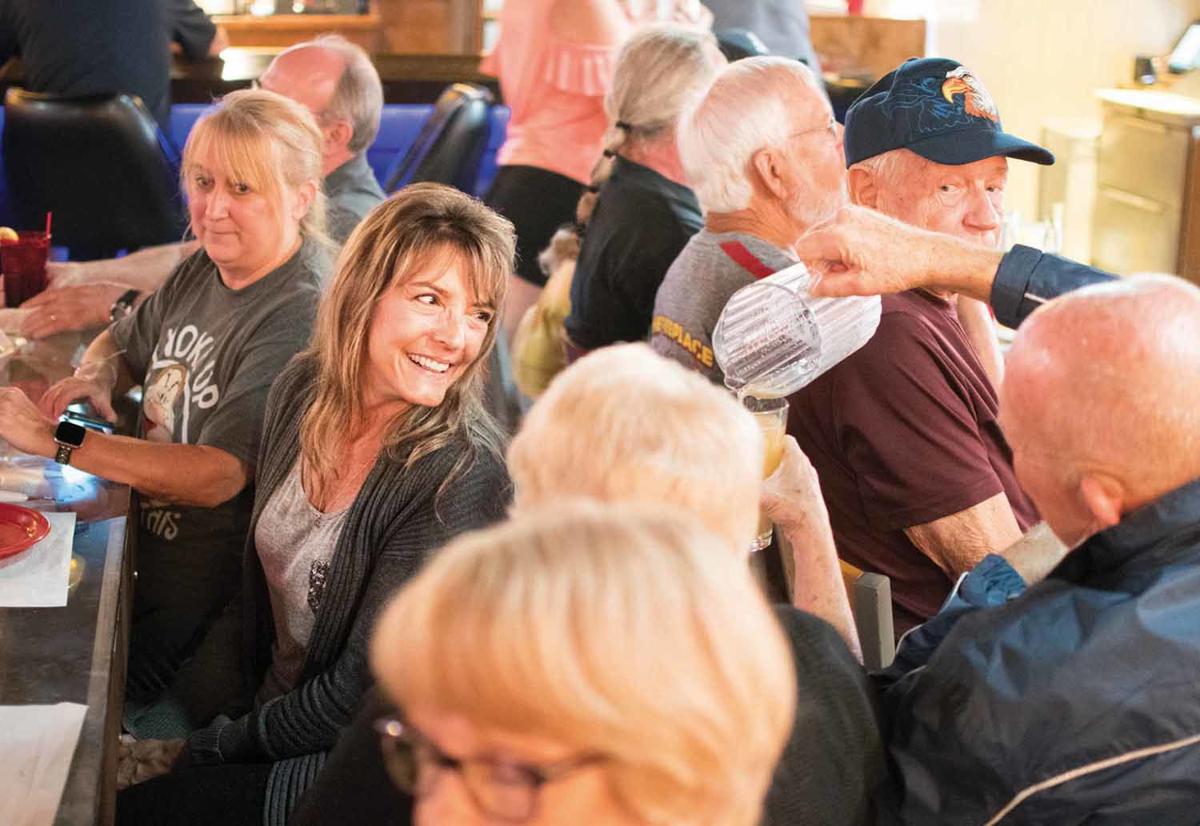 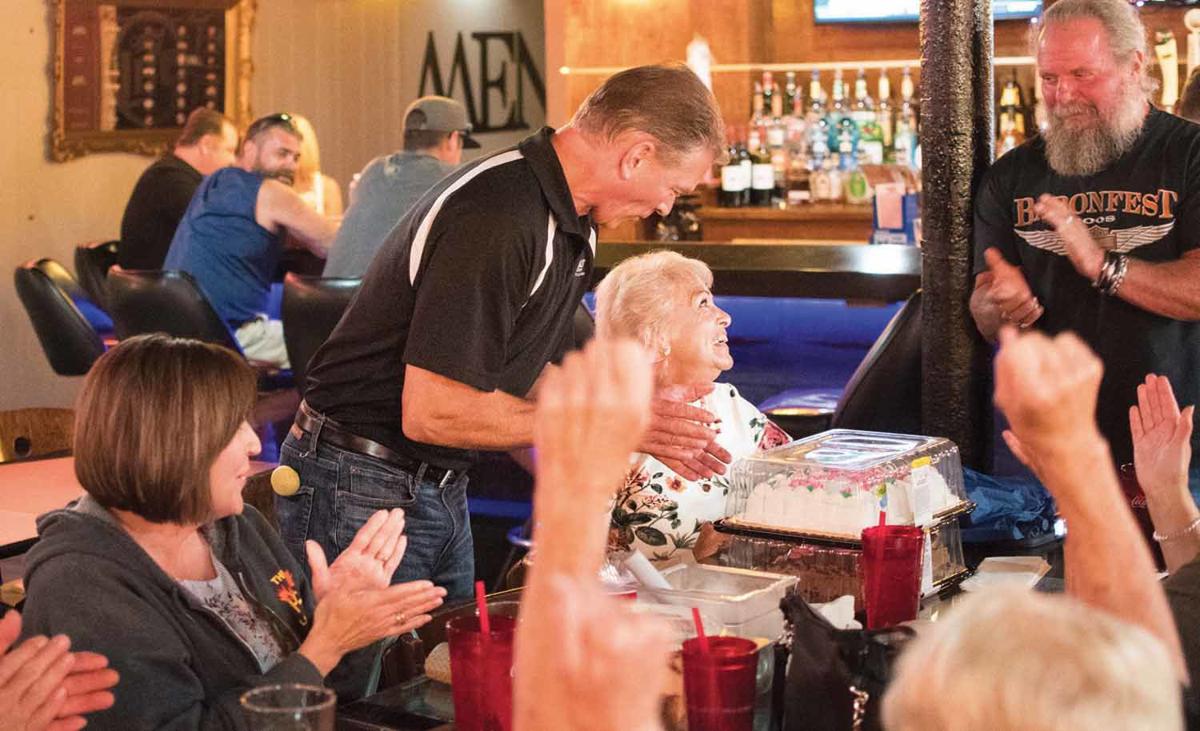 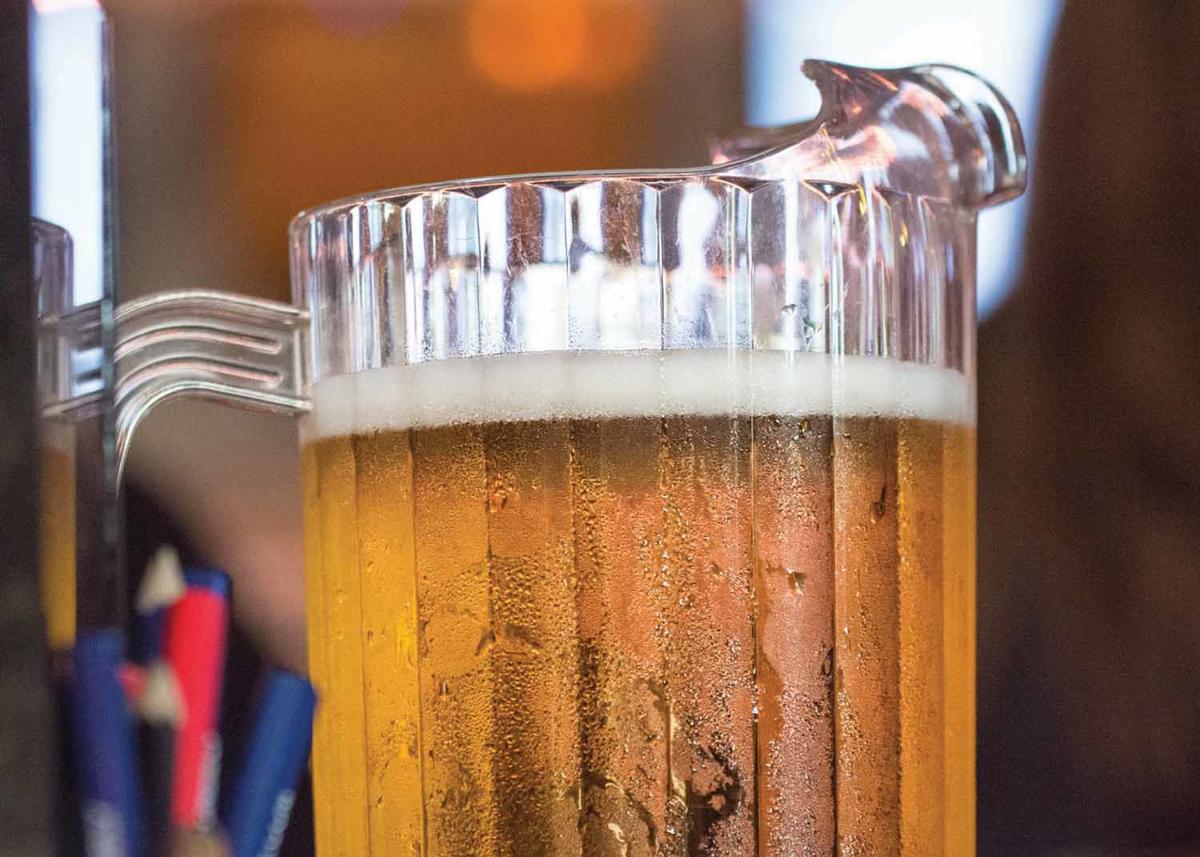 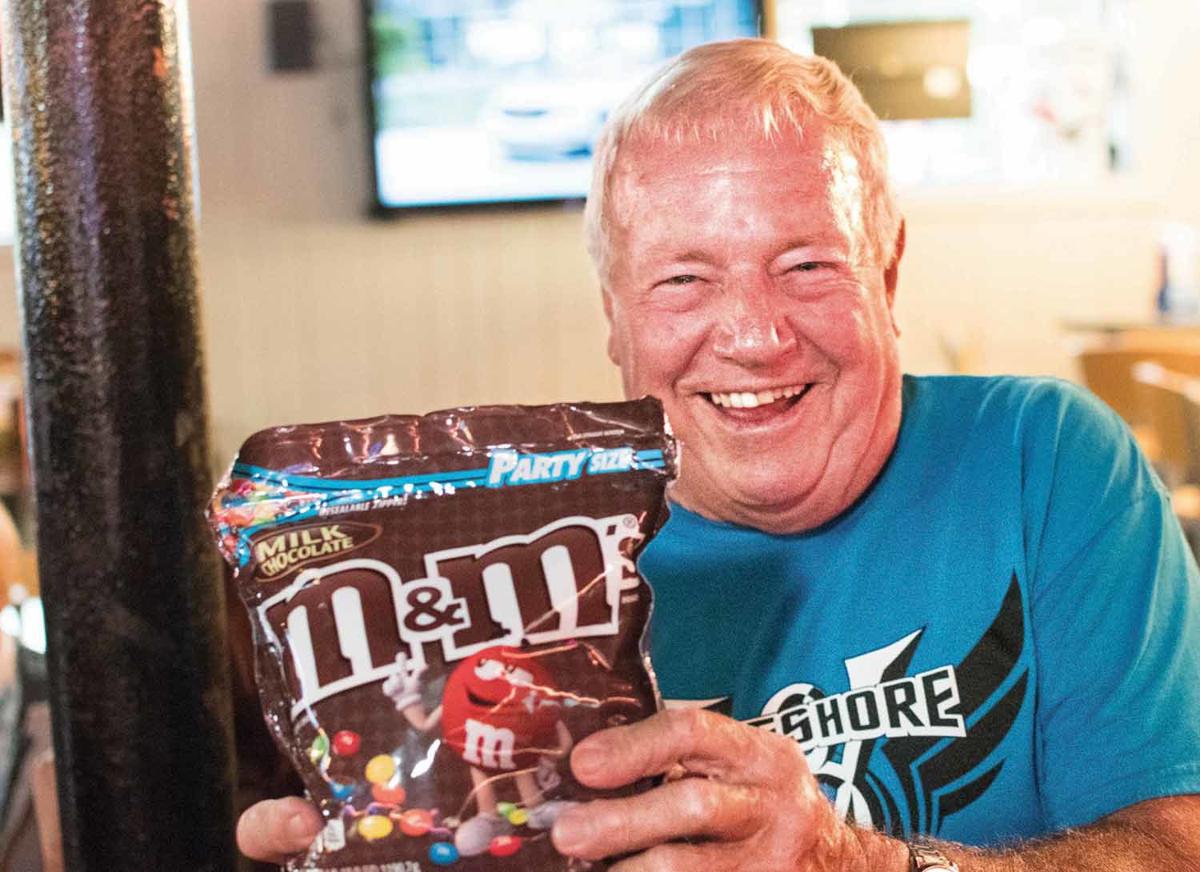 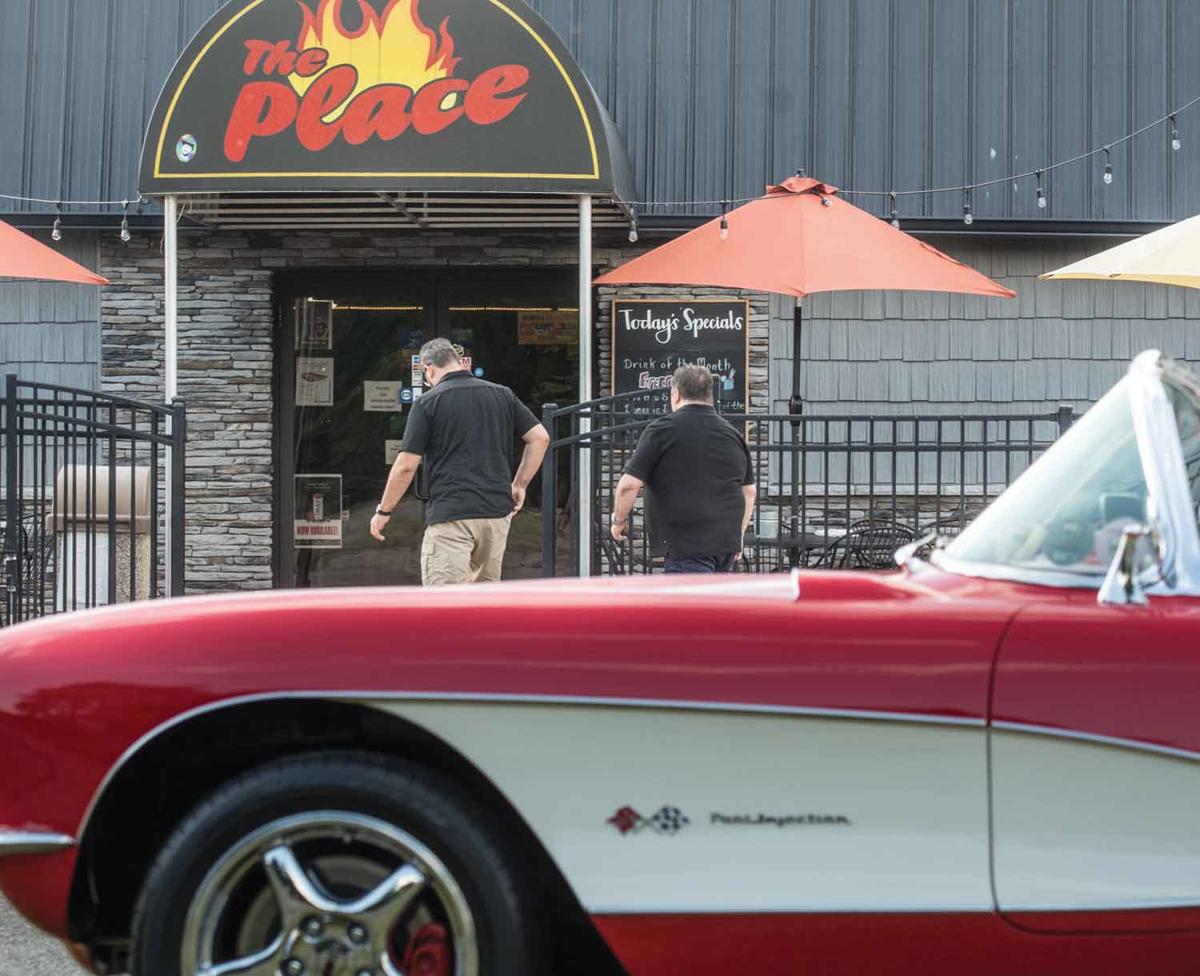 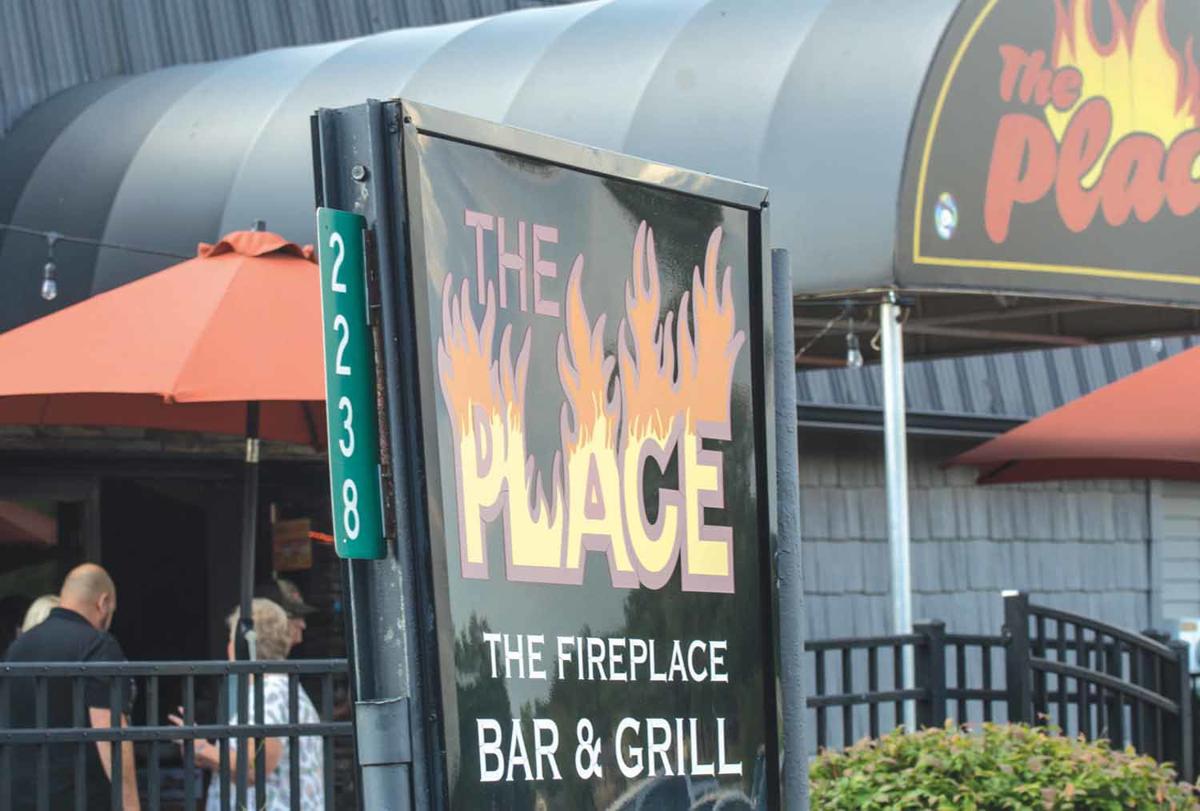 The Fireplace Bar & Grille server Kelly Staneff of Tyrone Township delivers a pizza to a group of regulars at the restaurant on Monday, July 15.

Torrey and North Long Lake roads were just rural, gravel roads back then, but there was a “watering hole” across from the lake that brought people in for drinks, burgers and dancing.

Club Carrol was the “place to go” for many people from throughout Genesee County, especially in the summertime.

“I wasn’t old enough to drink, but I remember the gray floor with red tiles, beach sand all over the floor and swimming suits dripping water off patrons at the bar,” said Simons, now 81. “It was strictly hamburgers back then, and the bar, with a lot of potato chips.”

Club Carrol almost burned to the ground in the late 1950s and was bought by Ron and Betty Groesser in 1970, renaming it The Fireplace, in reference to the fire. Patrons often wondered over the years why The Fireplace didn’t actually have a fireplace.

“After a few drinks, we had some creative ideas,” said Jennifer Lessard on Facebook. “It was always a great place to meet friends for drinks and bar food, especially their chicken quesadillas.”

“This was the place where folks came to celebrate birthdays, wedding showers, get-togethers and just having fun with great friends,” said Yvonne Groesser, daughter-in-law of Ron and Betty Groesser.

The Groesser family owned The Fireplace for 49 years, including almost a decade of ownership by two of their daughters, Mardell Landis and Rhonda Nunn. They sold it in the fall of 2018.

“It was a family affair, where all of Ron’s family ran it during this time, with the belief that if you came in, you were ‘family’ and everyone was treated that way,” Yvonne said.

Another long-time customer, Mary Bills of Fenton Township, has been going to The Fireplace with her husband, Bob, since the 1970s. “It’s a great neighborhood bar that’s been there for years. All of us who live in the area consider it our ‘home.’”

The Fireplace also became well known for its Monday Night Car Cruisers, which started about 13 years ago. “We started the car club, the Lakeshore Cruisers,” Simons said. “The Fireplace was our place to go; we made it our headquarters. “

Yvonne added that today’s customers are now bringing their families in after a game at Lake Fenton schools and are now having wedding rehearsal lunches and dinners there. “It was nice to have a place where the community is so close,” she said.

The Fireplace was also the go-to restaurant for the few years when the Lake Fenton Winter Classic hockey tournament, run by Sean Lapham, was held. The weekend tourney ended when Lapham moved out of state in 2014.

Today, there’s a new face behind The Fireplace, managing partner Joe Gilbert, who took over on July 1.

A Fenton resident since 2000, he made a name for himself at the Fenton Moose Lodge. He’s looking forward to adding comfort foods to the menu and bringing in more events for the fall football season, a Ladies Night teamed with other businesses, etc. He plans to keep the Monday Night Car Cruisers, the Thursday Trivia events and comedy nights in the fall and winter.

“We have a DJ who plays Wednesday through Saturday nights,” Gilbert said. “It’s a great local atmosphere.”