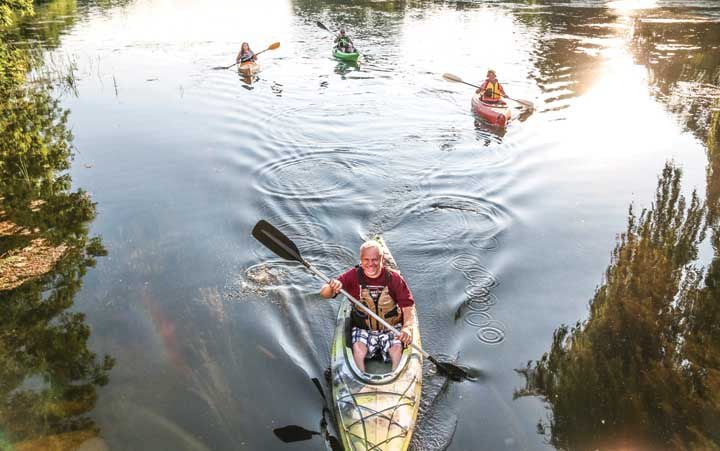 Approximately 15 kayakers and one paddle-boarder put their paddles in the water Thursday at the Linden Mill Pond and traveled upstream to Lake Ponemah. This event is one of the Moonlight Kayaking events offered by the Keepers of the Shiawassee. 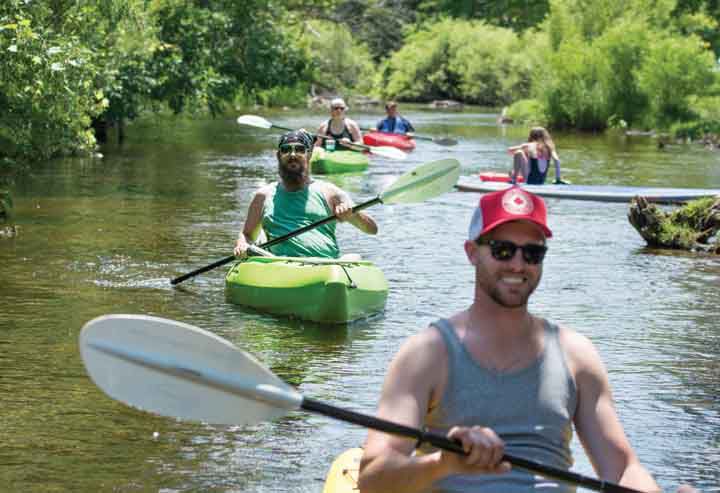 Approximately 15 kayakers and one paddle-boarder put their paddles in the water Thursday at the Linden Mill Pond and traveled upstream to Lake Ponemah. This event is one of the Moonlight Kayaking events offered by the Keepers of the Shiawassee.

The Shiawassee River, a staple of the tri-county area running in part from Holly to Chesaning, could become a national water trail.

The river connects Argentine, Linden, Fenton, Holly, and so many other communities.

It’s a popular attraction for many water and nature activities, and it’s about to become more popular.

“Last fall, the city of Linden applied for and received a grant from the U.S. National Park Service for technical assistance in planning to designate the Shiawassee River as a national water trail,” said Linden Mayor David Lossing. “We have a number of partners from local governments, non-profits, and individuals throughout the river system.”

They’ve been having monthly meetings in various places in Michigan.

“Our goal is to submit the application for recognition this fall,” Lossing said.

Barbara Nelson-Jameson, Michigan Program Coordinator of the Rivers, Trails, and Conservation Assistance Program with the National Park Service, said a lot of work has already been accomplished from Holly to Byron, which resulted in the Shiawassee River being number seven on a list of the top 11 places to paddle in Michigan.

Lauri Elbing, executive director of the Friends of the Shiawassee River, said they have been approved for two grants from the Saginaw Bay Watershed Initiative Network (WIN).

The first grant, which is $1,000, will help the organizations update and expand the water trail map.

The map illustrates the river’s path from Holly to Chesaning, and shows where people can put in a kayak or canoe, get food, and other points of public access.

“It’s also something that can bring the community together because you have people socializing and enjoying and learning about the river,” Elbing said. “With more people waiting to get out on the river and take part in this sport, you have many more opportunities for outfitters to establish businesses.”

The second grant, which is $21,400, will help all involved entities build a coalition, develop a management plan, identify funding, and build a public website among other things.

“This is an economic development issue. For every one of these little towns, if we can advertise from the river, and let them know what’s in the area, what they can walk to, then they’re going to see a benefit,” said Brad Jacob, Fenton City councilman and chairperson of the Keepers of the Shiawassee.

In compliance with these grants, communities also must incorporate management practices that deal with recreation opportunities, education, conservation, community support, public information, trail maintenance, and planning for the future.

The National Park Service is assessing the level of public support for the project and if communities are committed to developing and implementing strategies to restore waterways and surrounding lands.

“The Shiawassee River has been supported through past grants from Saginaw Bay WIN for signage in Oakland County, five river launches (including the latest in Byron) and the dam removal in Corunna,” said Elbing.  “We couldn’t be more thrilled by the support we have received from Saginaw Bay WIN and will begin working on this pivotal project to link, enhance and promote our region’s greatest asset and economic engine — the Shiawassee River.”

In order to become a National Water Trail Designation, the water trail must meet four requirements:

1. The trail and access points must be open to public use and made according to the best management practices.

2. The trail must comply with applicable land use plans and environmental laws.

3. The trail must be open for public use for at least 10 years after the designation.

4. The trail designation must be supported by landowners, public or private, where access points exist.