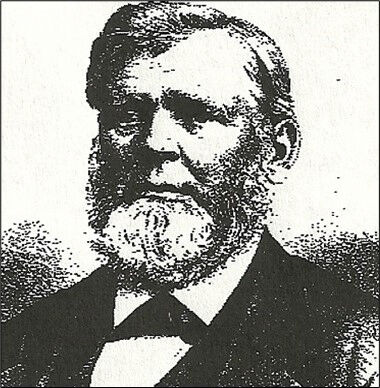 Seth Sadler, who came to Linden in 1835, had a major effect on the city’s early days. 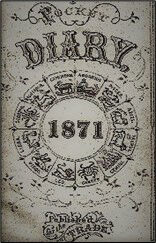 Seth Sadler’s diary contains information about the early days of Linden and the surrounding area.

Seth Sadler, who came to Linden in 1835, had a major effect on the city’s early days.

Seth Sadler’s diary contains information about the early days of Linden and the surrounding area.

With Linden’s Sesquicentennial celebration rapidly approaching, one must wonder what Linden was like back in 1871. Linden was already in existence at this time for over 30 years. In 1871, the Village of Linden was incorporated.

At this time, the population of Linden was approximately 750. This was based on the U.S. Federal Census, which was enumerated in 1870.

Village boundaries were not well established and some of the population was made up of farmers residing outside the immediate village limits. There were 238 families and 220 school-age children.

The Hotel, the Union Block, a portion of the business block, the Presbyterian Church, the Methodist Church, the Beach Buggy Factory, the Depot, as well as other structures had been established between 1840 and 1870.

The grist mill, which was first erected in 1837 by Consider Warner and Heman Harris, was under construction for the third time after two previous fires.

Residing about two miles south of the new settlement on Section 31 of Fenton Township was an individual whose entrepreneurship and perseverance would have a huge impact on Linden’s future.

Seth C. Sadler came to Linden in 1835 after first settling in Michigan’s Bloomfield Township, coming from New York. Sadler was born in Ashfield, Massachusetts in 1809, the son of John and Sarah (Church) Sadler His parents moved to Monroe County, New York and at 20 years old, along with his young wife Sarah and 1-year-old Seth Jr., Sadler ventured west in hopes of purchasing government land in the Michigan Territory. A second son, Ambrose, was born in 1831 shortly after arriving in Michigan.

In 1835, Sadler purchased 120 acres of land on section 30 and 31 in the southernmost section of Genesee County, which is now the site of Mueller’s Orchard. He built a small shanty on the land. In early 1836, he moved his family up from Oakland County. For many years this area was a popular hunting and fishing location for the Native Americans, and as a result, the trails were well travelled.

Sadler seized the opportunity and built a tavern at this location which he appropriately named Sadler’s Tavern.

About this time, Warner and Harris were damming the river and building the mills. As more folks settled in the area, they laid out the village and asked for and received a charter.

The village was named Linden, most likely for the abundant Linden trees in the vicinity.

The hotel was built in 1840 and soon other structures followed. Then fires swept across the region in 1843 to such a degree that the soil became so poor that vegetation could not thrive. These “intentional” fires were commonly set in clearing land.

However, this particular fire continued to burn underground for several months. Many became ill, and a good number left the village discouraged. Within time, many of those who left returned and located permanently.

Some of the locals referred to this disaster as “The Big Burn.”

In May of 1843, Sarah gave birth to a third son, Francis J. Less than a month later, Sarah died. It is not known if the cause of death resulted from childbirth complications or from the burn farms epidemic.

Shortly thereafter, Seth married a girl named Clarissa who died in 1845 and is buried beside Seth in Fairview Cemetery. In April 1846, Sadler married a third time, a young girl named Sarah Owens, who was born in 1824 in Wales, England. They had a daughter, Ann Maria (1848-92).

In April 1838, at the first Township meeting, held at the Fentonville Hotel, Sadler was elected to the township board. In 1850, he was instrumental in establishing Linden’s first Post Office.

In April 1851, he sold his farm and moved to the village where he purchased most of section 20, which is the downtown area including the saw mill and a share in the grist-mill and hotel. Unfortunately, both mills burned during the Civil War. According to the 1870 U. S. Census, Sadler had amassed $21,956, which is $430,696 in today’s value, and was the wealthiest property owner in this vicinity.