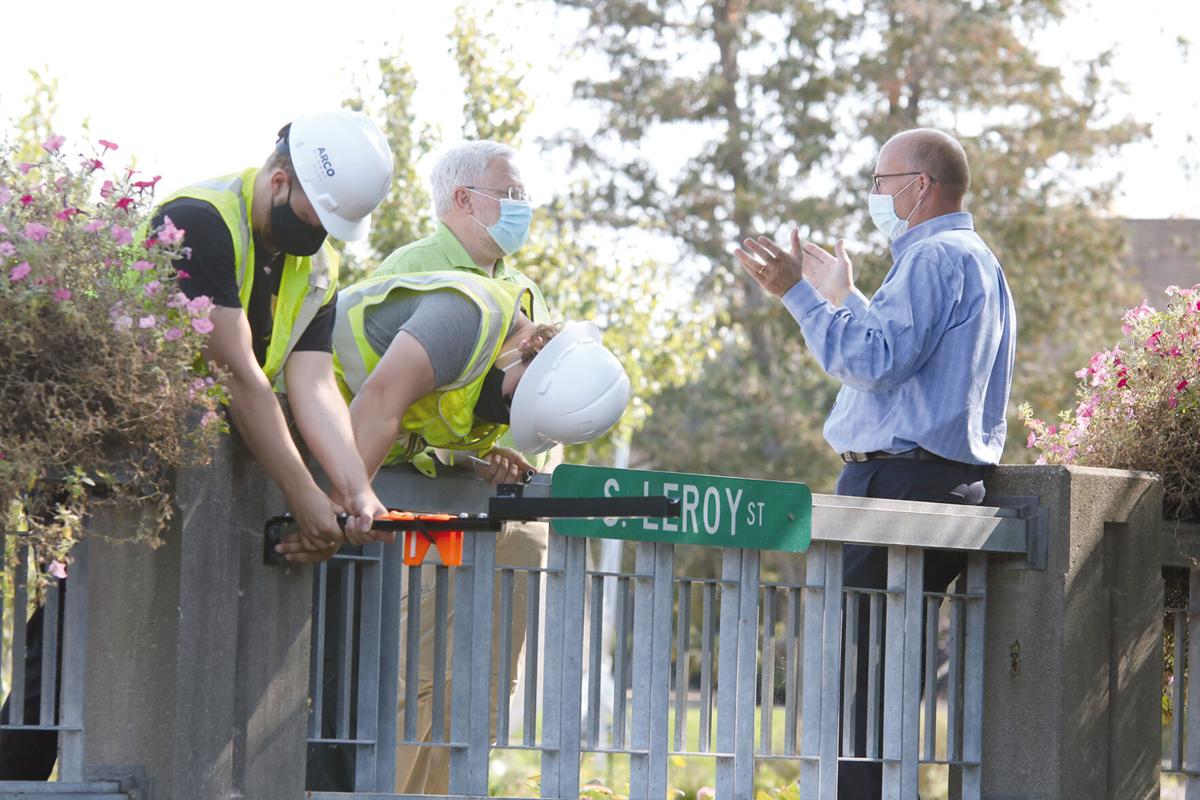 Dan Brisson (right), director of Public Works for Fenton, talks with David Lossing, chair of the Shiawassee River Water Trail Coalition while employees with HyFi install a sensor over the river. 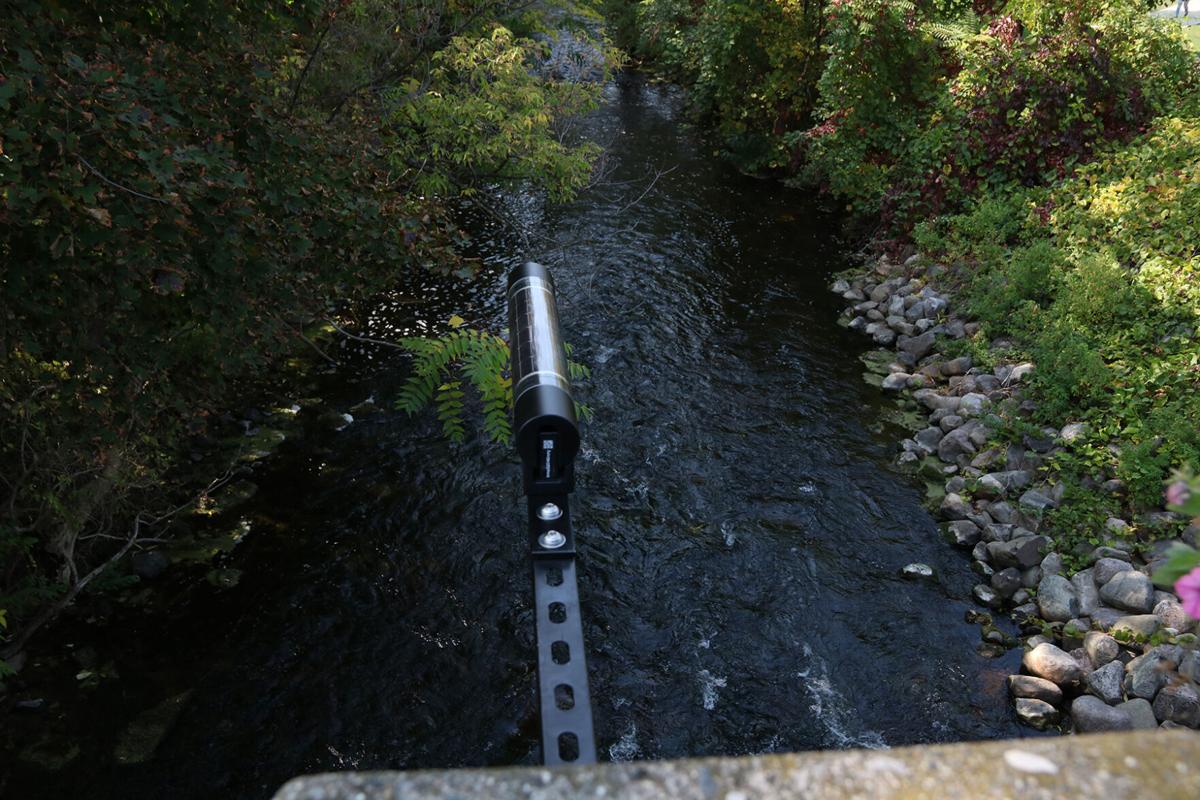 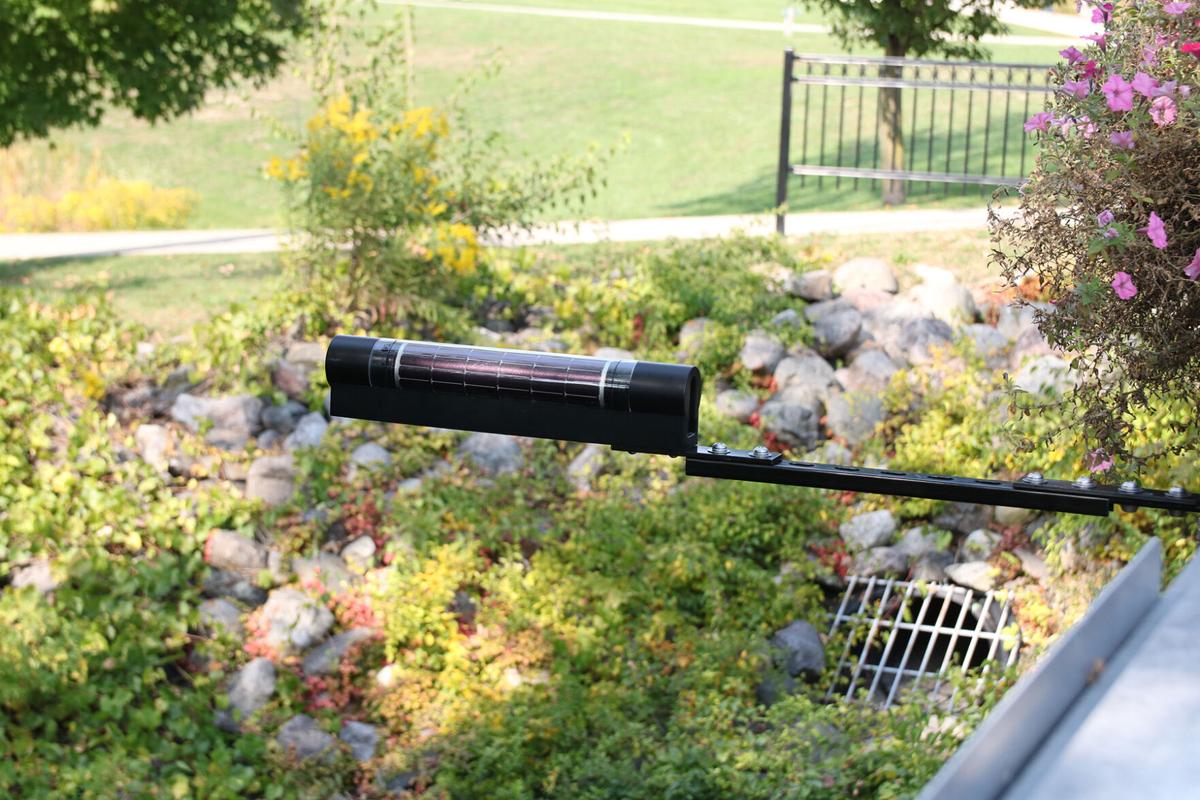 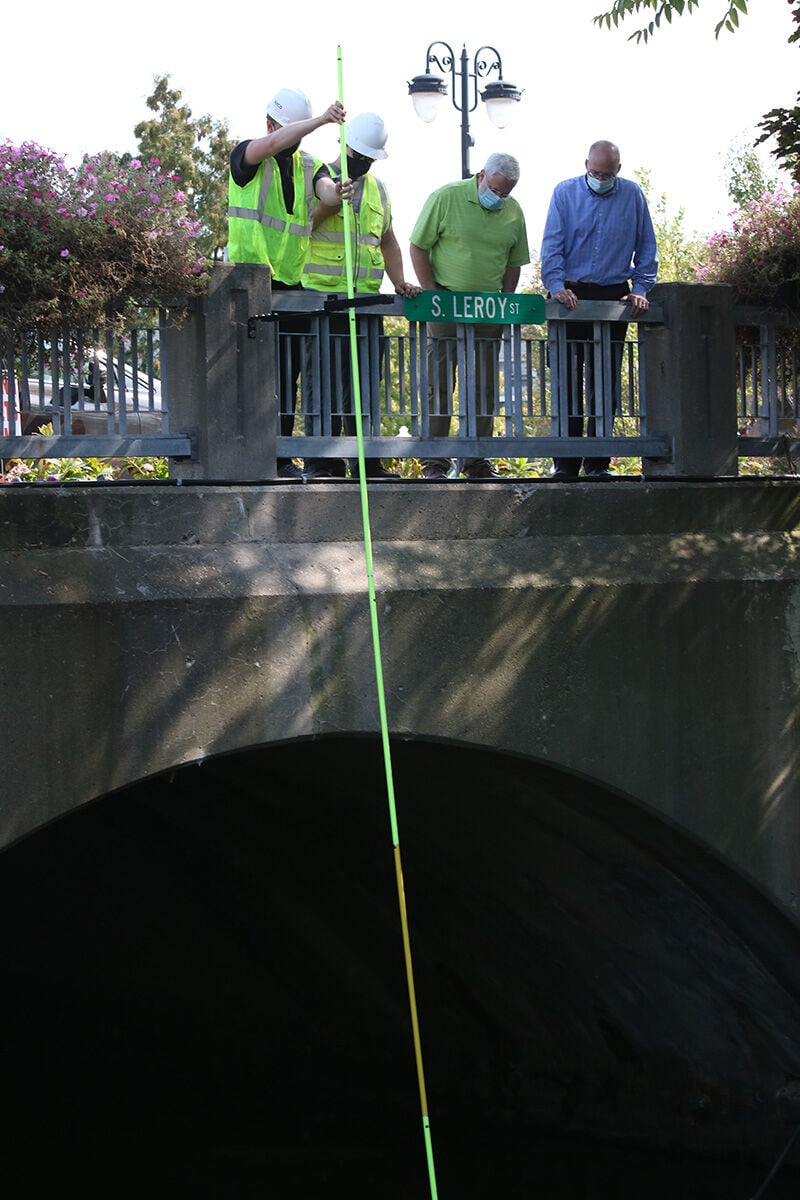 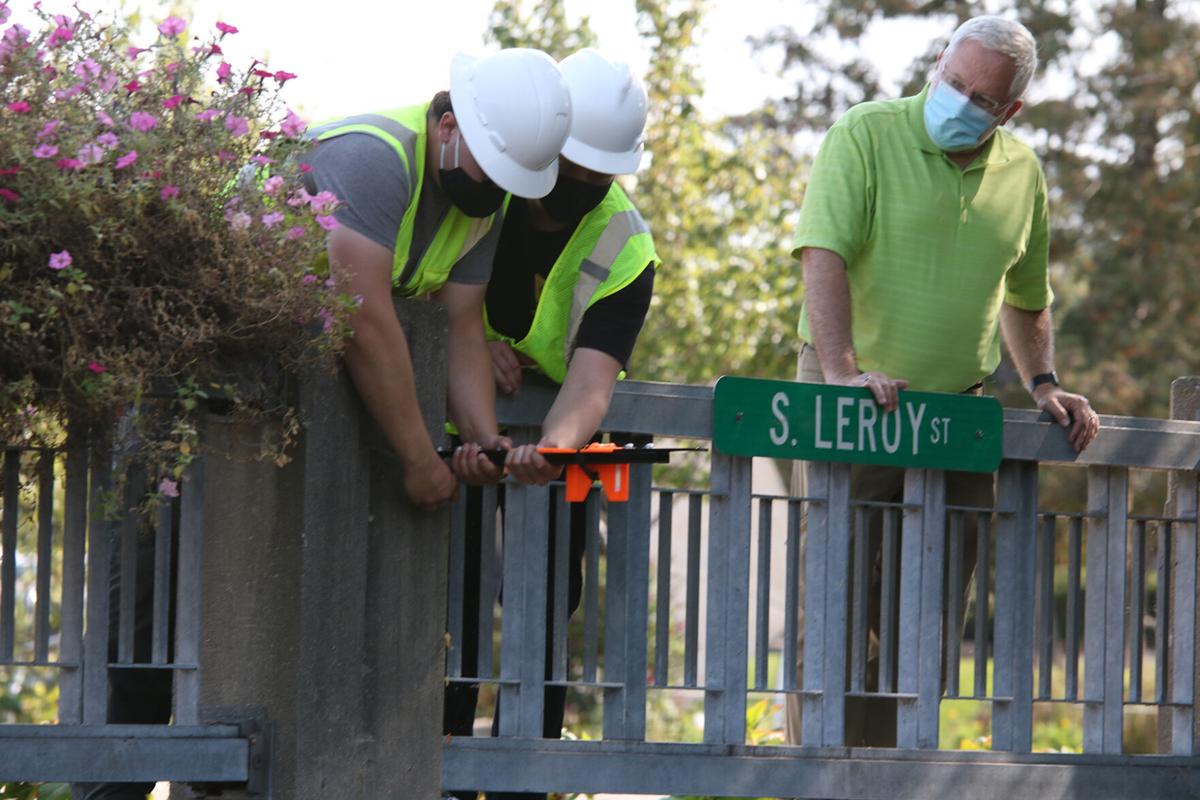 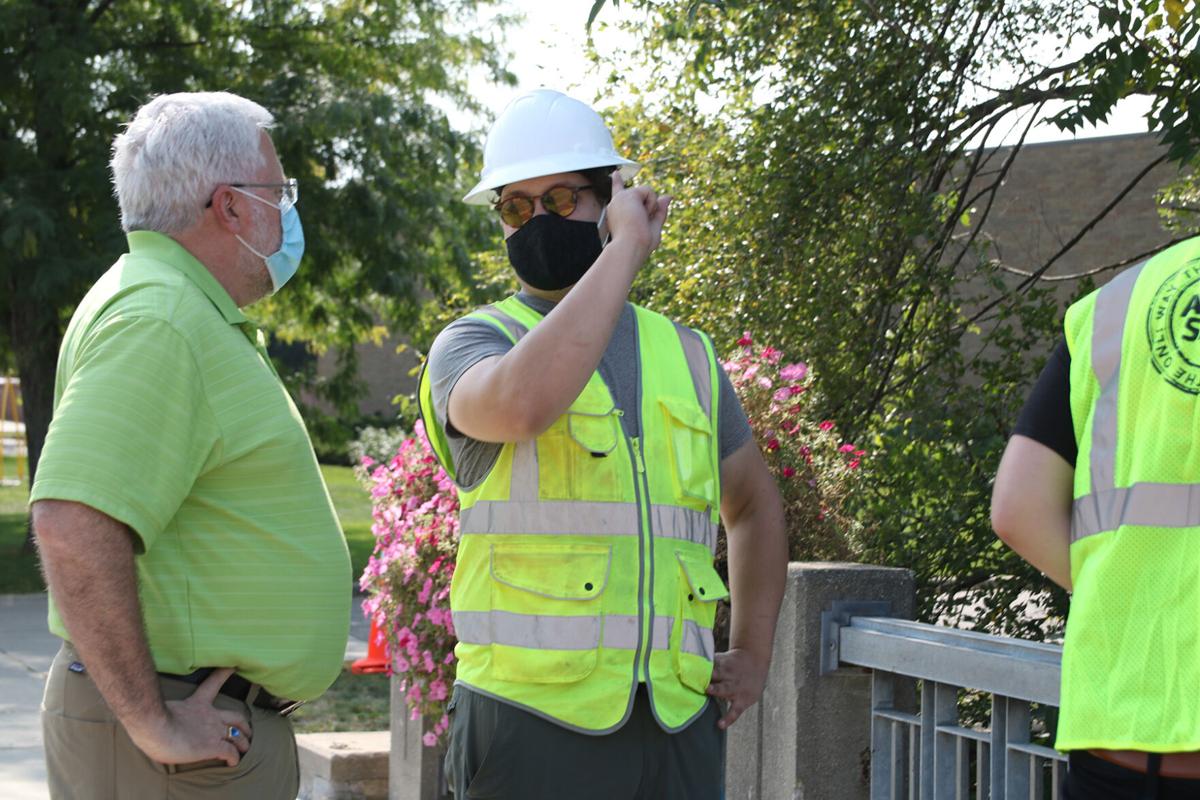 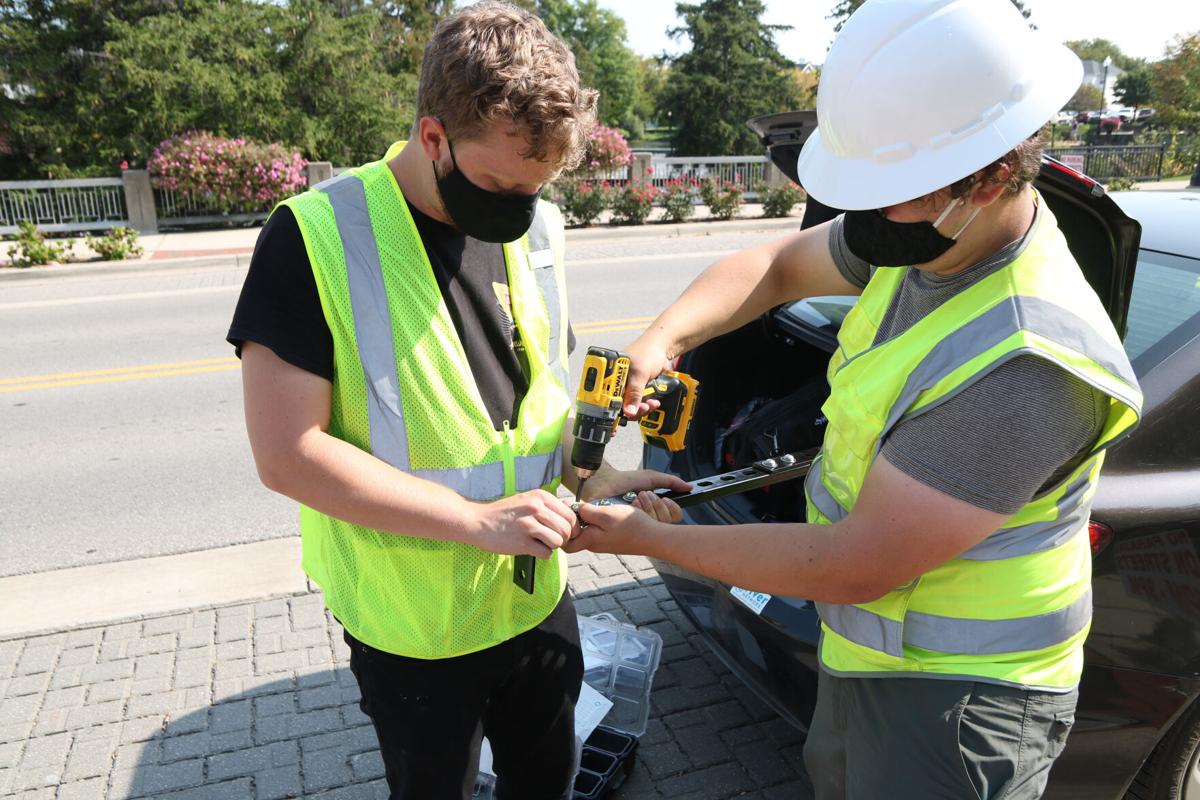 Dan Brisson (right), director of Public Works for Fenton, talks with David Lossing, chair of the Shiawassee River Water Trail Coalition while employees with HyFi install a sensor over the river.

Fenton — The Shiawassee River now has sensors that will report the water level in real time.

HyFi, a water level reporting agency based out of Ann Arbor, has been installing these sensors along the Shiawassee River this past week. When the technology is fully set up, people will be able to see the real-time water level online.

On Thursday, Sept. 24, two employees of HyFi installed a sensor over the river at the S. LeRoy Street bridge.

“Folks want to know — is the river too high? Can I get under this bridge? Or is the river too low? That’s essentially what the technology is here for,” said Niklas Krantz, deployment coordinator at HyFi.

The sensors use ultrasonic sensors, which are similar to the sensors used in automatic doors. It reports the data as a sea level measurement and it’s exact to a millimeter.

David Lossing, chair of the Shiawassee River Water Trail Coalition, said they’re partnering with HyFi on this project. Lossing gave information on 60 locations along the river where sensors

could be installed. So far, they’ve installed approximately 23. They also installed some sensors in Ohio and New York on different waterways.

“It’s telling you how far the surface that is catching is from the sensor itself,” Krantz said. “Then we take measurements using survey tools and that’ll tell us exactly where it is in terms of altitude. Our hope is to fill in as many locations as we can given the grant we have. It’s basically a trial period that’s being supported by the Great Lakes Protection Fund.”

The data can be used for flood warnings, recreational purposes and more. After the two-year trial period is over, they will evaluate the data and see how useful the sensors were.

Joshua Riley, a sensor technician/data analyzer who installed the sensor with Krantz, said the technology and water level will be monitored in real time, and it will allow them to notice trends and make predictions.

The goal is to present the data in a user-friendly format by spring.

“I think this is a great partnership between the water trial coalition and HyFi so that we’ll have maybe 30 sensors installed along the river from Holly to Chesaning,” Lossing said. “We’ll be able to gauge throughout the year if the river is actually paddleable.”

May can be too rainy to the point where it becomes unsafe, and August is very dry.

“Recreational folks and people who fish will know if it’s a good time to go in the river or not,” he said.

HyFi received approval from Fenton City and has a permit from the Michigan Department of Transportation to install the sensor on the S. LeRoy bridge.

According to the Great Lakes Protection Fund, “The HyFi team proposes a radical improvement in water data collection and watershed-scale information tools. The team will deploy county-scale water information systems in three Great Lakes counties; one each in New York, Ohio, and Michigan. Each county-wide network will contain 40 to 50 sensors across water bodies and built infrastructure, each of which will report water level data continuously.

“This network will provide data at the spatial and temporal scales that stormwater, watershed, and emergency managers need to manage and respond to changing weather patterns and extreme events. Its coverage will greatly exceed that provided by the 8,000 stream gauges maintained by the U.S. Geological Survey across the U.S. that measure water levels, on average, every 15 minutes. (Since there are over 3,000 counties in the U.S. most have few, if any, measurements of water flow or water quality.)”