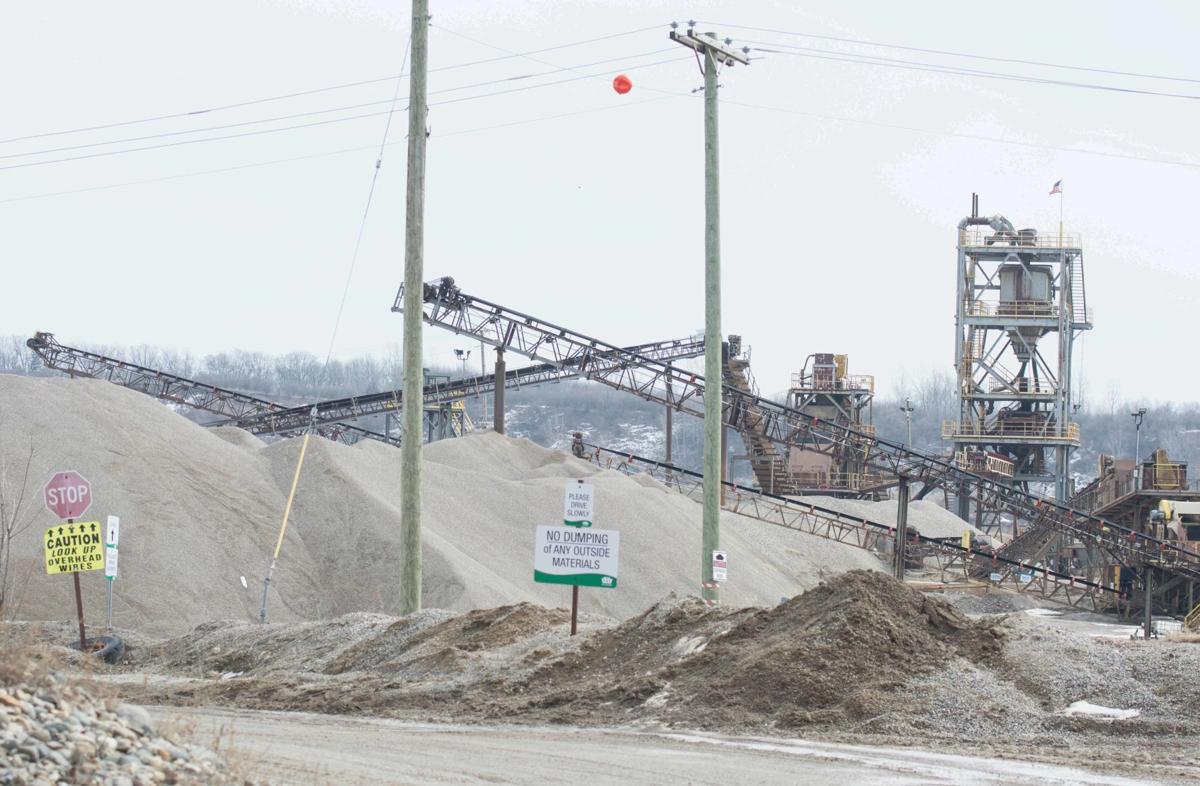 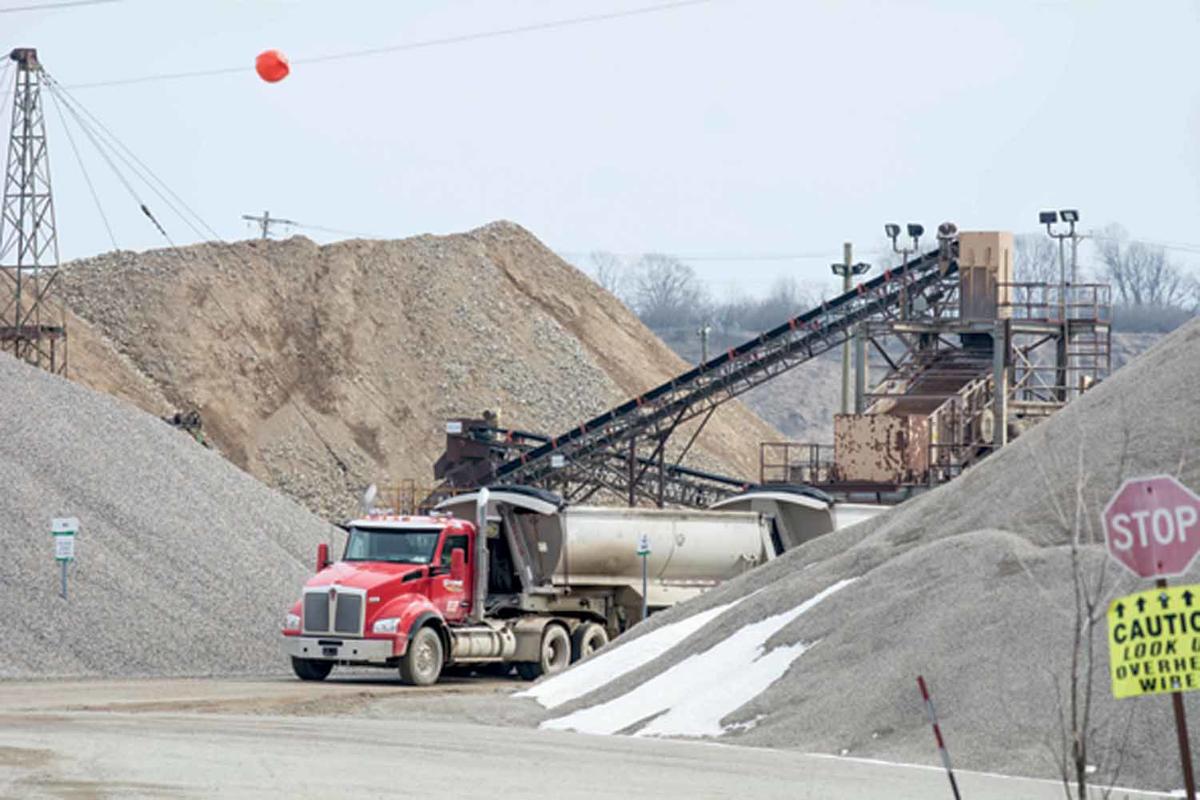 A rock hauler is driven out from between piles of gravel at Holly Sand & Gravel on Tuesday, March 3. A new law seeks to ease restrictions on new mines. 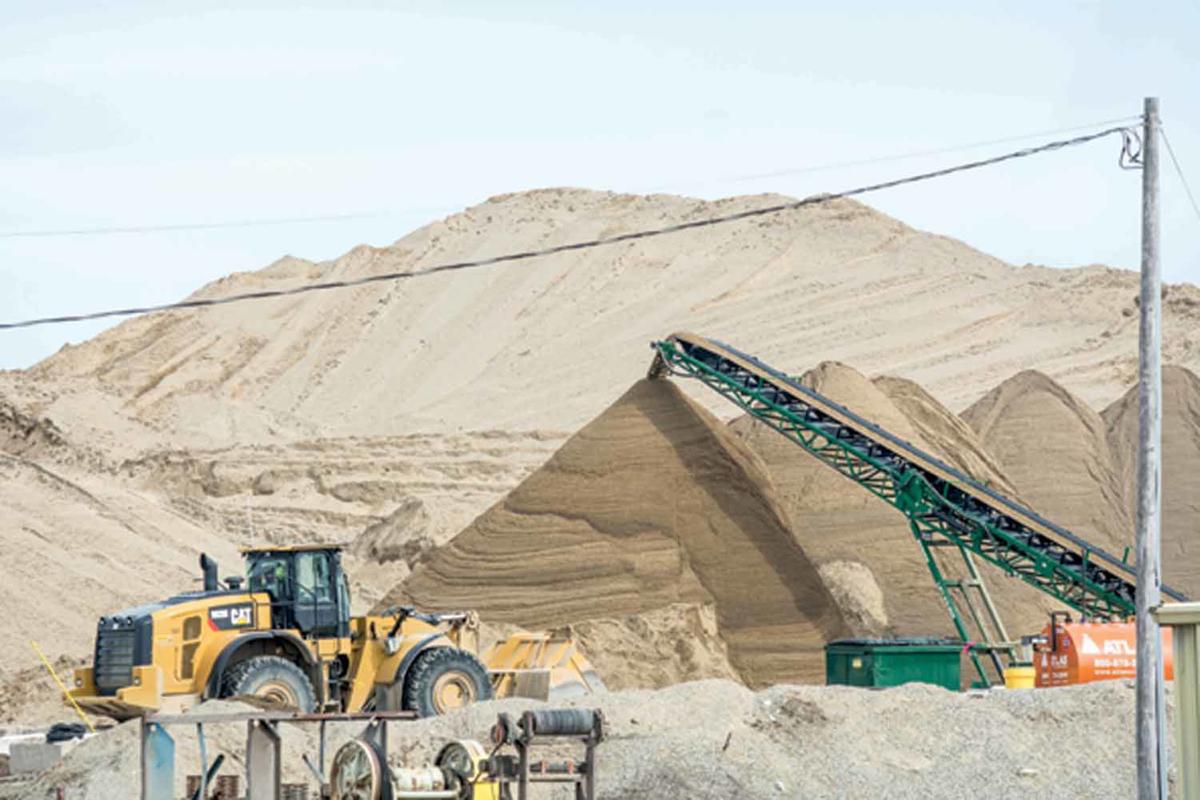 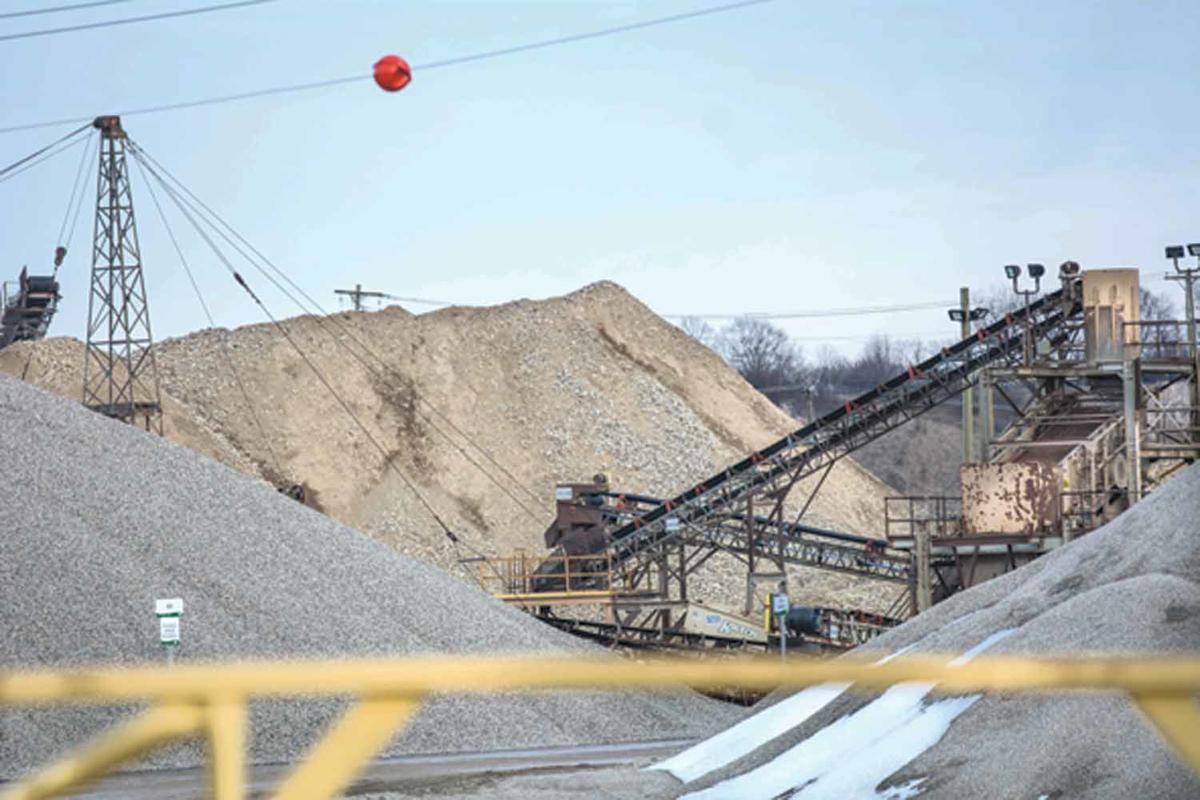 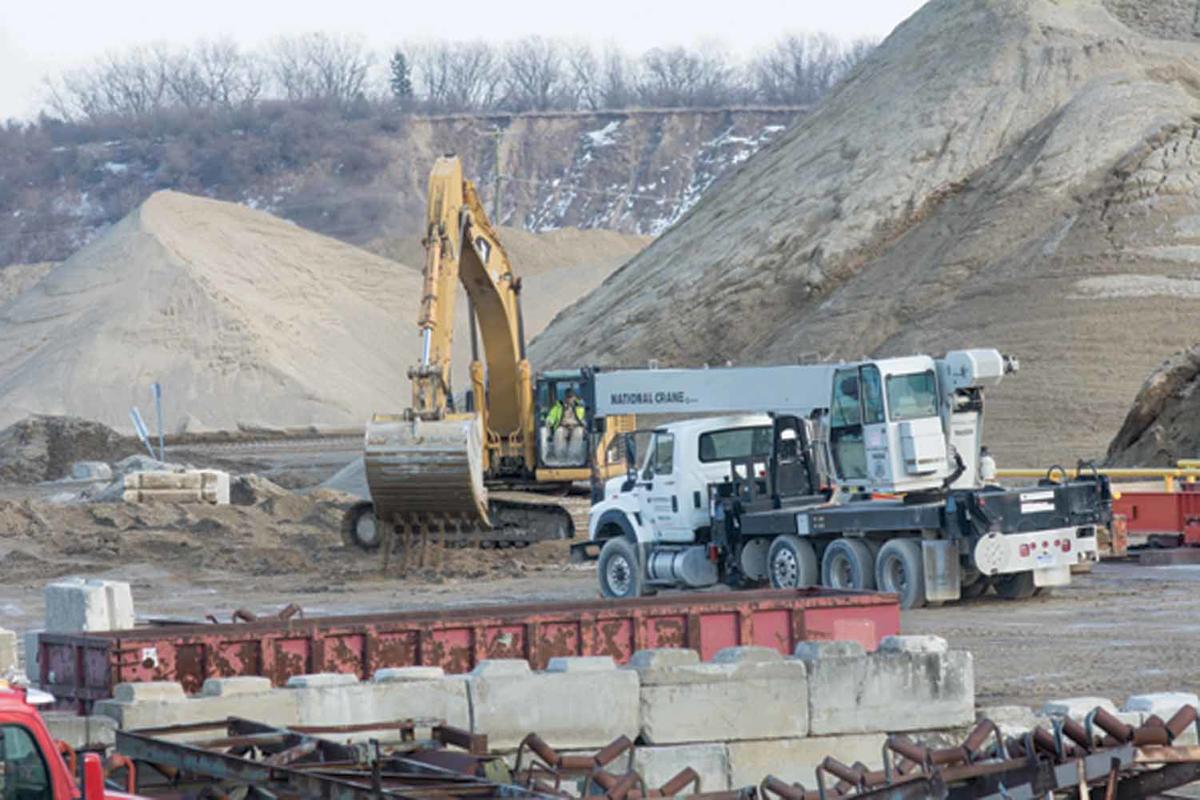 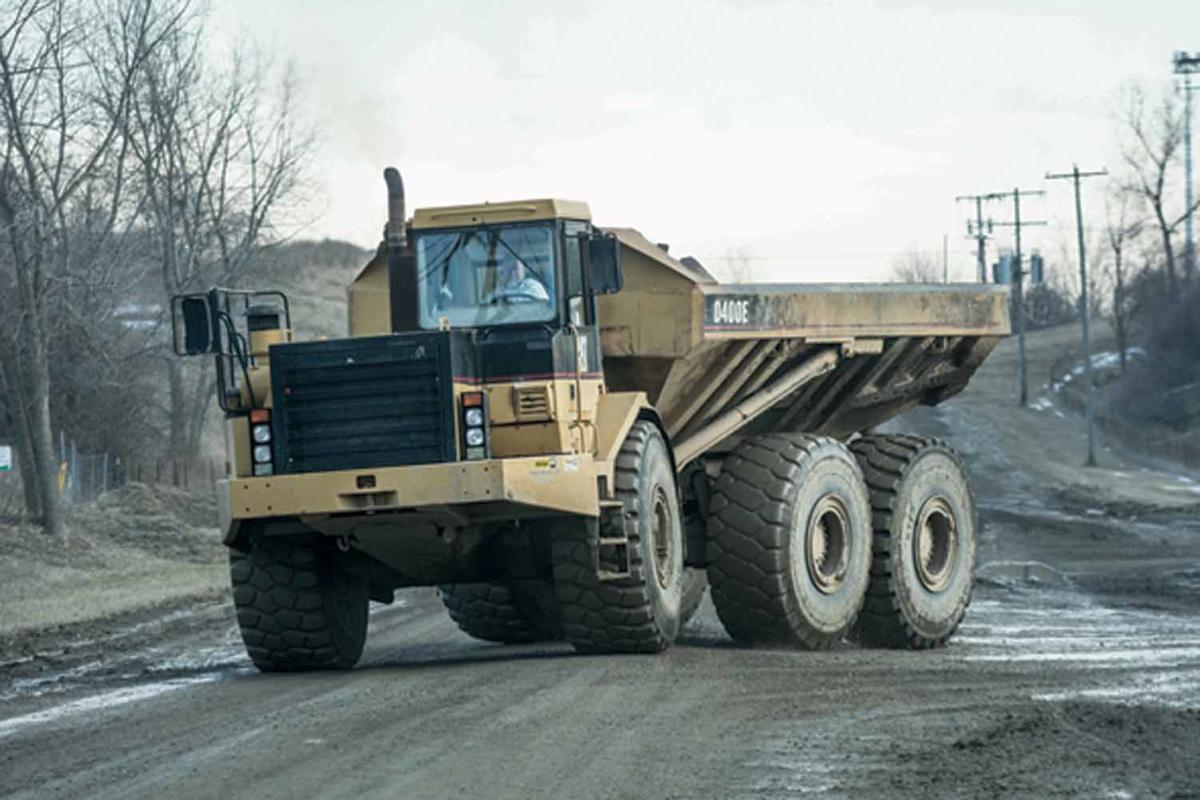 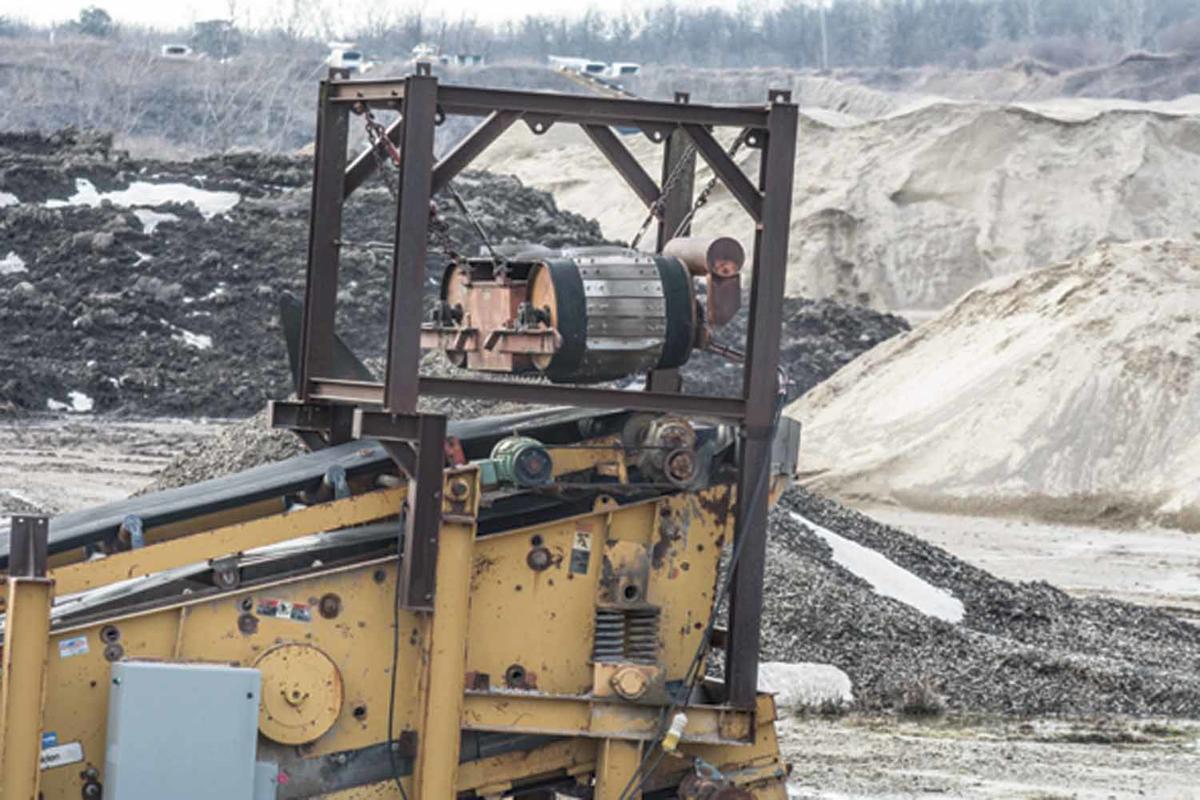 A rock hauler is driven out from between piles of gravel at Holly Sand & Gravel on Tuesday, March 3. A new law seeks to ease restrictions on new mines.

The only thing taller than the piles of material are the aggregate stackers — the long conveyors that move rough sand and gravel to the top of the multi-story piles.

Groveland Township is home to eight gravel mines, according to Supervisor Robert DePalma. He said his government has a good relationship with the vast majority of these.

Still, townships throughout Michigan are concerned about Senate Bill 431, which in their view, would strip away local control of zoning and permitting from local townships, and make mining operations a state matter instead.

SB431 is sponsored by Sen. Adam Hollier (D-Dist 2). It’s still in committee. The bill would amend the Michigan Zoning Enabling Act to prohibit local governments from preventing mineral extraction unless there are “serious consequences.”

According to the Detroit News, Hollier argued recently that the state needs one set of zoning rules on the subject instead of differing rules depending where residents live.

Aggregates like sand, gravel and limestone are used for building projects. It’s expensive to transport, so having more mines in operation helps to keep material prices from possibly doubling.

This is according to Beryl Falbaum, spokesperson for Edw. C Levy Company, a large international mining company operating in the Holly area. He agrees they have a good working relationship with the townships.

“You’re not going to fix the roads without our materials,” he said. Anything related to building — whether roads, homes or airport runways comes from aggregate mining. He said there is a “shortage” of materials, in that the supply isn’t meeting the demand. He’s citing a study the company offered to support SB431 in Metamora.

Alexander Patsy with the Genesee County Road Commission echoed these concerns. He said the materials aren’t scarce, but making new mines might be difficult due to local regulations. He said the GCRC uses tens of thousands of tons of material per year.

John Sellek is spokesperson for the 110-member Michigan Aggregates Association. Aggregate companies are the first layer in a construction process. They remove the raw materials from the earth to be refined and used into other regular products. The Fenton and Holly area is rich in gravel.

Sellek said that his members complain of delayed or rejected township permits making mining next to impossible.

DePalma spoke with the Michigan Townships Association about his concerns in a recent publication, and he’s testified at the state level. “We have several mines and the bill would be a disaster,” DePalma said.

Holly Township and Tyrone Township both have mines, and neither report bad relations with these businesses, but both would rather keep local control.

Falbaum said he understands the concerns posed by local governments, but he believes mining operations should be able to operate under a uniform set of laws. He said changing local ordinances can impede permits being approved.

Falbaum and Sellek pointed out that while shopping malls, landfills and other industrial facilities can be zoned for specific places, mining can only happen specifically where sand, gravel and limestone are located underground.