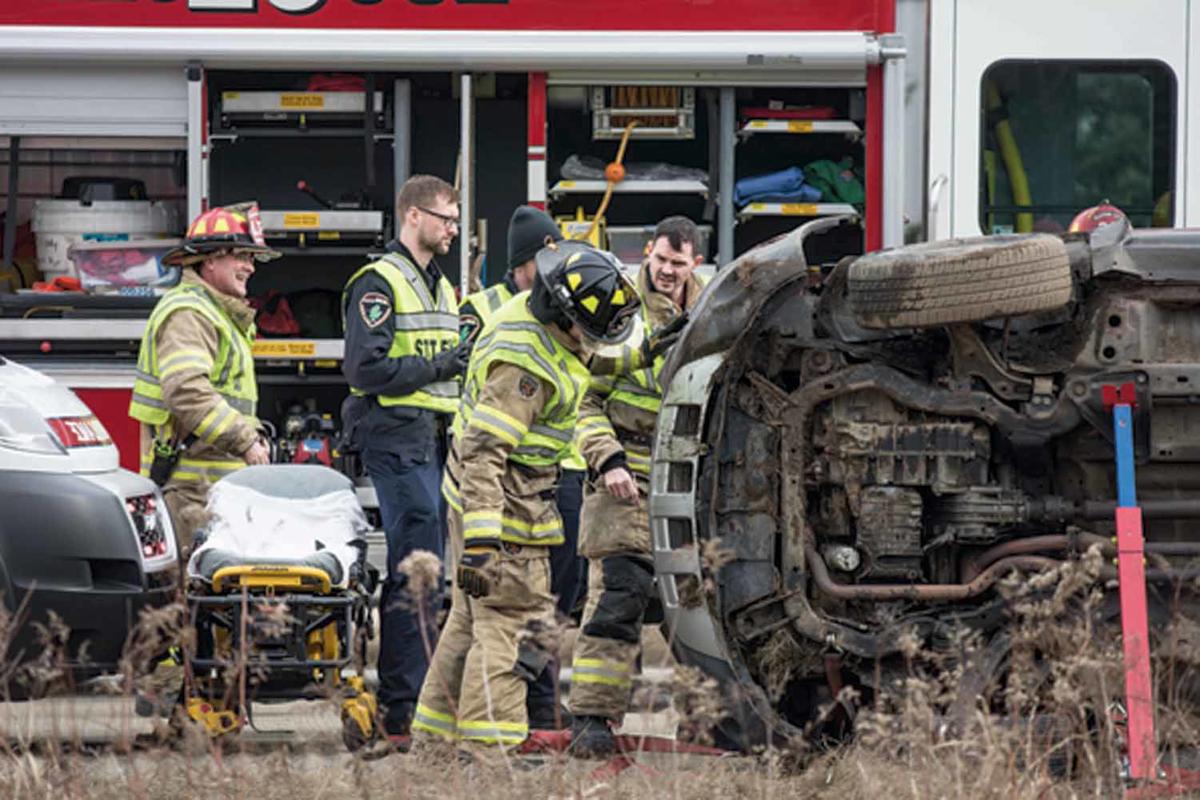 The Fenton fire and police departments, as well as STAT EMS, work to extract the driver from the rollover crash on U.S. 23 on Monday, Feb. 24. 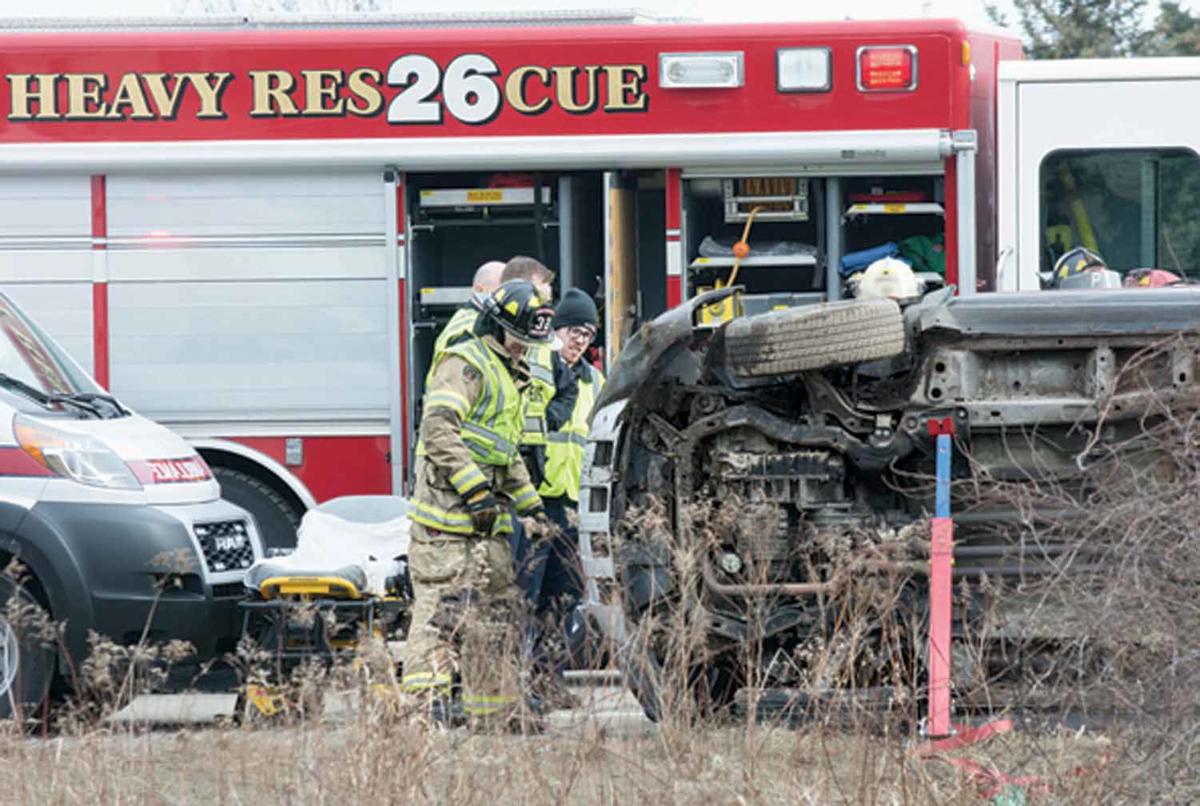 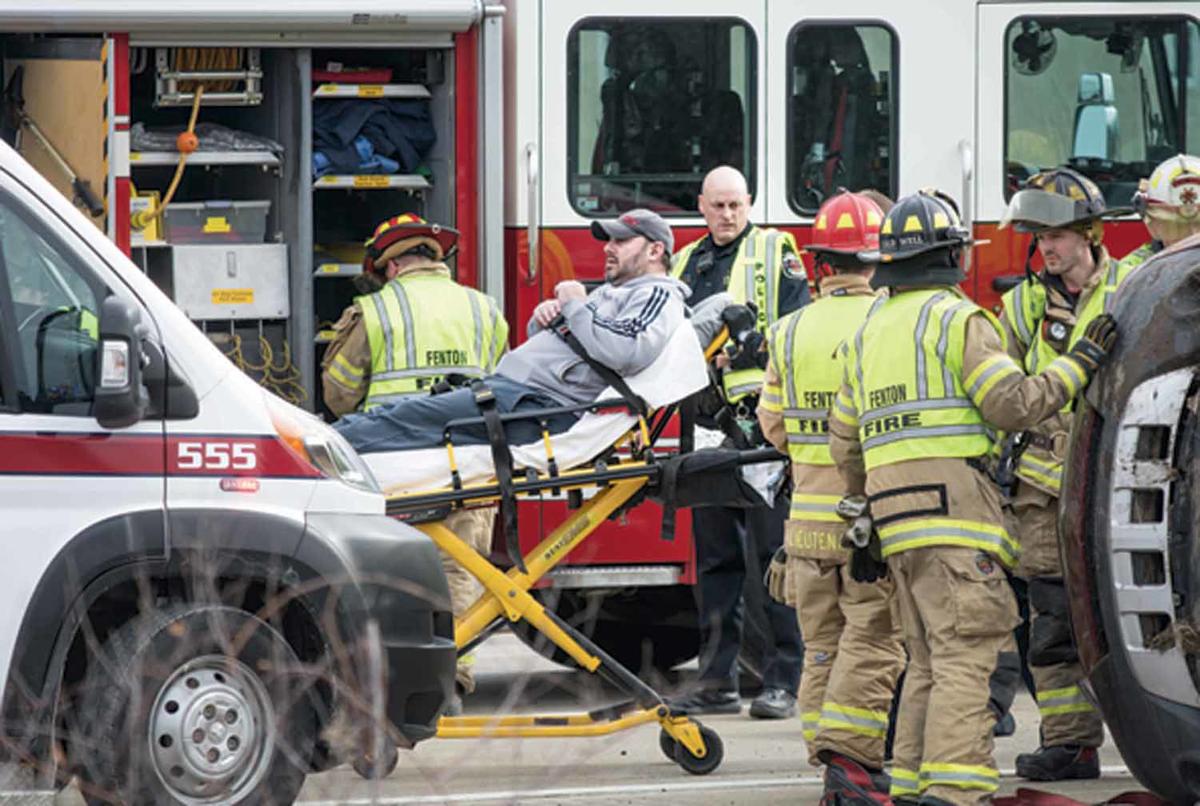 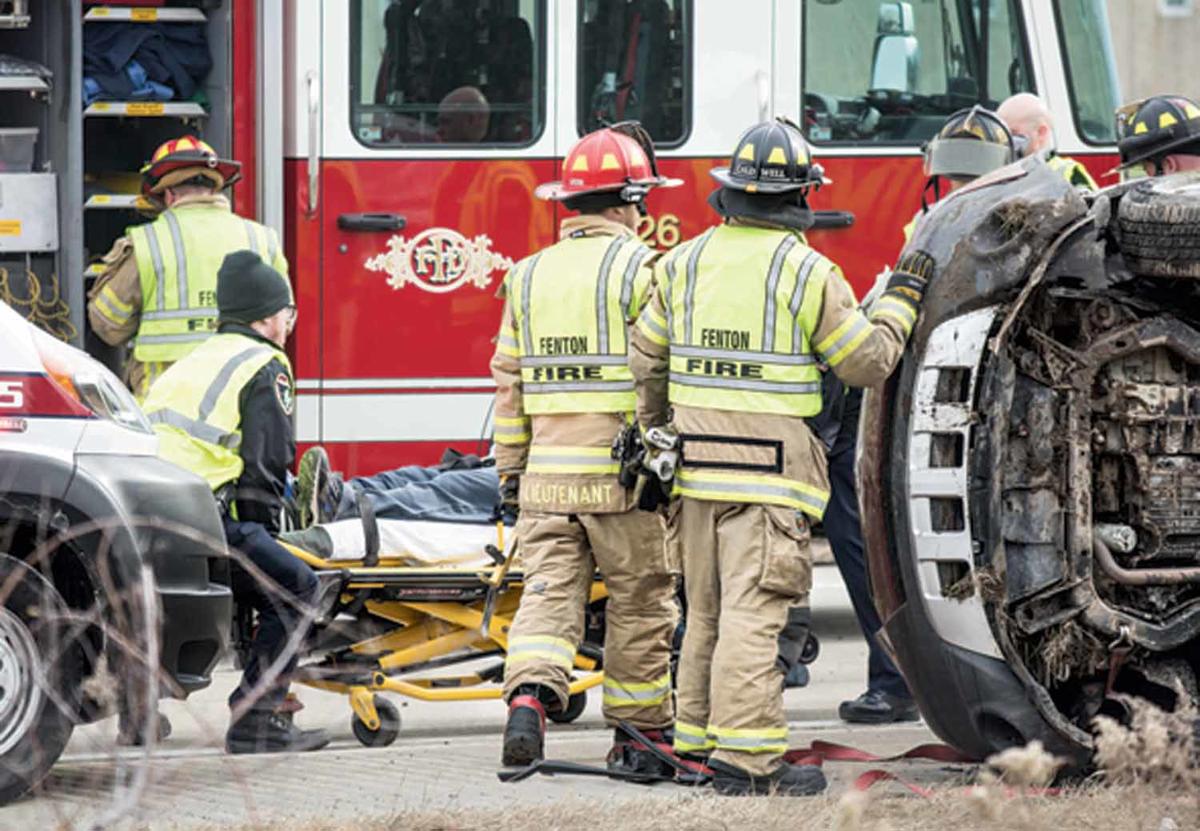 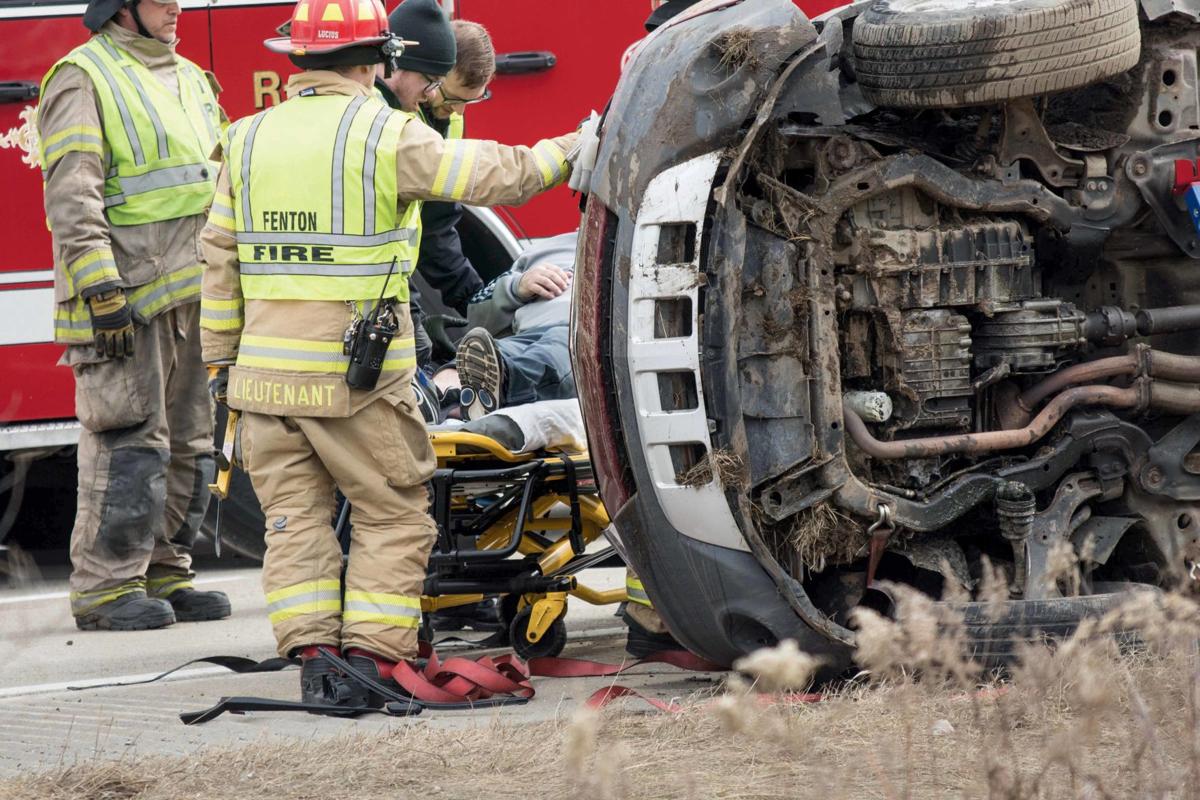 The Fenton fire and police departments, as well as STAT EMS, work to extract the driver from the rollover crash on U.S. 23 on Monday, Feb. 24.

At 2:30 p.m., Fenton police and fire departments responded to U.S. 23 between Owen and Silver Lake roads in Fenton for a rollover crash, involving three vehicles. A red Saturn Vue was traveling northbound on U.S. 23, driven by a male from Clio. According to Lt. Jeff Cross of the Fenton Police Department, he attempted to pass vehicles in the fast lane from the right lane when he clipped a green Subaru. His vehicle veered from the roadway, crossing the center median and into the southbound lanes. It also struck a navy blue GMC Envoy that was traveling in the southbound lanes. His vehicle rolled, landed on its side and entrapped the driver. The driver of the Envoy complained of dizziness when first responders arrived. The driver of the red Saturn SUV complained of leg pain. Cross said the driver of the red SUV was at fault.