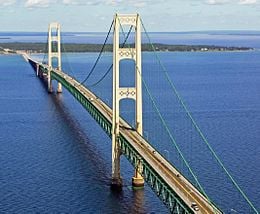 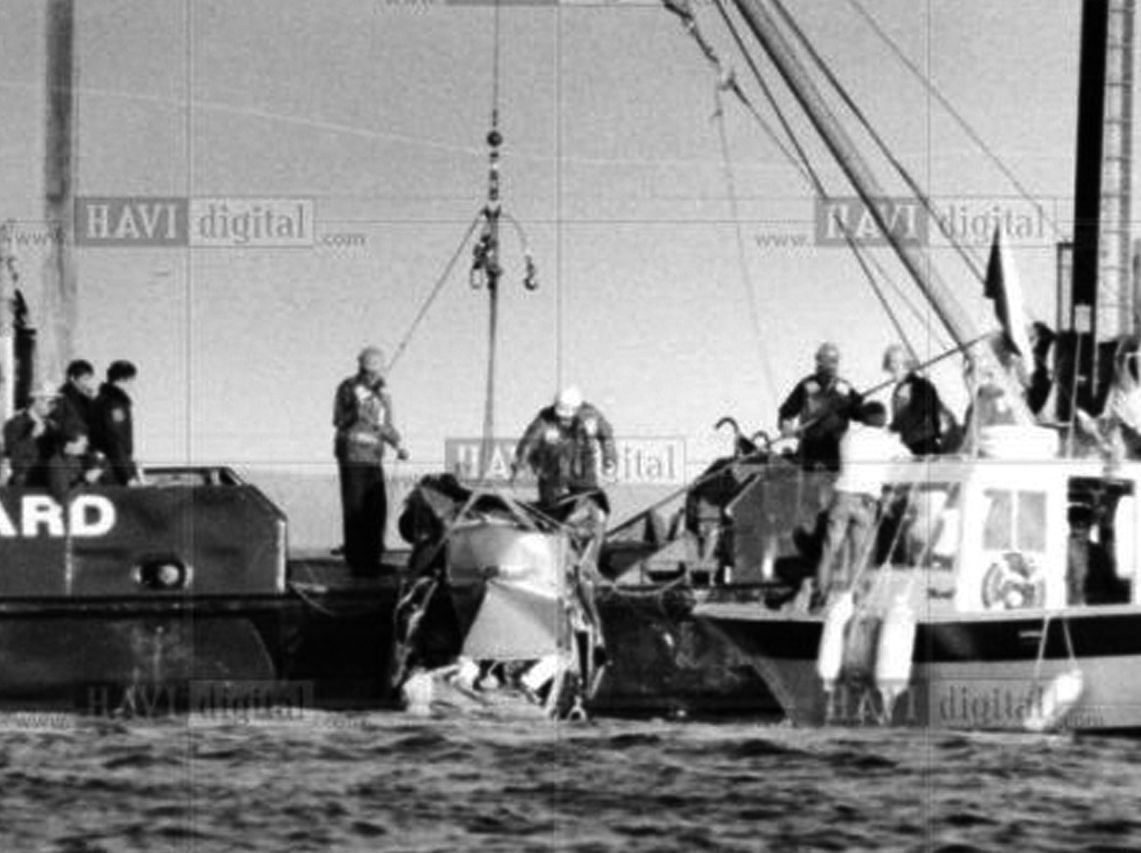 A 31-year-old waitress from Royal Oak died on Sept. 22, 1989, when her Yugo was blown off the Mackinac Bridge. 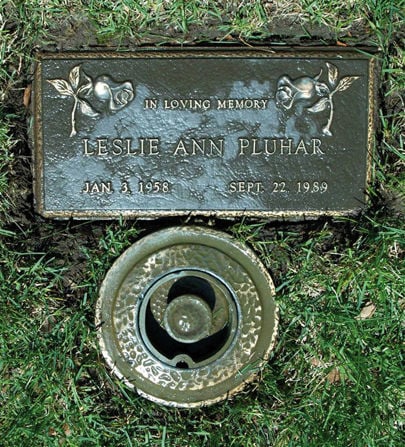 A 31-year-old waitress from Royal Oak died on Sept. 22, 1989, when her Yugo was blown off the Mackinac Bridge.

With summer vacations just about to take off in the state of Michigan, many families are planning trips up north and over the Mackinac Bridge.

And there aren’t too many people who don’t think about the woman who plunged to her death in September of 1989 and wonder — could it happen to us?

For more than a week, the tragic accident that killed Leslie Ann Pluhar, a 31-year-old waitress from Royal Oak, made front page news in Detroit’s two dailies, and as far away as Chicago.

According to the Oct. 3, 1989 Chicago Tribune article, “Pluhar died in the most spectacularly frightening and awesome manner that any Michigander could imagine.

“Her car went out of control and swerved off the Mackinac Bridge, free-falling 170 feet into the chilly waters below.”

The 3,800-foot suspension bridge, which links Michigan`s Upper Peninsula to the lower mainland, was considered an engineering marvel when it opened in 1957. The graceful arc of steel and wire across the Straits of Mackinac is undoubtedly the state’s most famous piece of architecture.

“‘Mighty Mac,’ as it is known by many, inspires affection and fear. Sweaty palms are one of the more visceral responses the bridge evokes from approaching motorists.

But in the multi millions of crossings, no one has ever driven off the bridge. Not until Pluhar did it on Sept. 22, 1989 as twilight fell on the gusty, rainy Friday evening.

At first, nobody was sure who the victim was or even how many people might have been in the car. Witnesses reported seeing a small blue car swerve out of control into oncoming traffic, veer back again and slam head on into the curb railing.

The car then skidded along an outer railing for about 40 feet before striking a vertical suspension cable and flipping over the side.

The morbid drama began to gather momentum that weekend when authorities were unable to find the car in the deep waters of the Straits of Mackinac, and so could not confirm the identity of the victim.

Pluhar’s friends and family had suspected the worst from the beginning. She owned a 1987 blue Yugo, a small imported car, and had left Detroit Friday to meet her boyfriend that evening in St. Ignace, the tiny community at the bridge`s north terminus. She never arrived.

Four days after the mishap, divers using sonar located the car perched on a ledge about 150 feet below the surface, according to the Tribune. But high winds and bad weather made it impossible to recover the wreck for another four days.

On Saturday evening, a team of 12 divers was finally able to bring up the wreck after more than 10 hours of risky maneuvers in the murky waters. Pluhar`s family looked on from a small boat.

The Yugo was so badly crumpled by the impact that police had difficulty removing the woman’s body. It was not until later that night that her family was able to positively identify her.

Pluhar is buried at White Chapel Memorial Cemetery in Troy. According to findagrave.com, “She died of blunt force trauma and drowning when she plunged 150 feet to the water and then 100 feet to the lake bottom.”

History of the bridge

A newspaper, the Lansing Republican, dated Feb. 5, 1884, reprinted a story from the Grand Traverse Herald pointing out that the experiment to provide all-year service across the Straits by boat had failed, and that if a great east-west route were ever to be established through Michigan a bridge or tunnel would be required.

The dedication of the Brooklyn Bridge in 1883 gave Mackinac Bridge backers encouragement.

On July 1, 1888, the board of directors of the famous Grand Hotel at Mackinac Island held their first meeting and the minutes show that Cornelius Vanderbilt, an American business magnate and philanthropist who built his wealth in railroads and shipping, said, “We now have the largest, well-equipped hotel of its kind in the world for a short season business. Now what we need is a bridge across the Straits.”

During the ensuing years there were a few farfetched ideas about the connection of Michigan’s two peninsulas.

In 1923, the legislature ordered the State Highway Department to establish a ferry service at the Straits. Within five years, traffic on this facility became so heavy that the late Governor Fred Green ordered the same agency to make a study of bridge feasibility.

The report was favorable and its cost was estimated at $30 million. Some strides to get the project underway were taken but it was eventually dropped.

In 1934, the Legislature created the Mackinac Straits Bridge Authority of Michigan and empowered it to investigate the feasibility of such construction and to finance the work by issuance of revenue bonds. The authority began its studies in May 1934 and has been continuously active since that date.

In January 1951, the Authority submitted a very favorable preliminary report, stating that a bridge could be built and financed with revenue bonds for $86 million, but because of the shortage of materials due to the Korean outbreak, legislation to finance and build the structure was delayed until early in 1952.

Despite delays and setbacks for varying reasons, the bridge was officially begun amid proper ceremonies on May 7 and 8, 1954, at St. Ignace and Mackinaw City.

The bridge opened to traffic on Nov. 1, 1957 according to schedule, despite the many hazards of marine construction over the turbulent Straits of Mackinac. The last of the Mackinac Bridge bonds were retired July 1, 1986. Fare revenues are now used to operate and maintain the bridge and repay the State of Michigan for monies advanced to the Authority since the facility opened to traffic in 1957.

Gone but not forgotten

In May 2004, during a public ceremony, the Michigan Department of Transportation (MDOT) and the Mackinac Bridge Authority (MBA) presented a special plaque to the surviving family members honoring the five men who died during the construction of the Mackinac Bridge.

One man died in a diving accident; one man fell in a caisson while welding; one man fell into the water and drowned; and two men fell from a temporary catwalk near the top of north tower.

The names of those five men (and the date of their deaths):

After the bridge was built and opened to traffic, one MBA maintenance worker lost his life. On Aug. 7, 1997, Daniel Doyle, a bridge painter, fell from his painting platform and drowned in the Straits of Mackinac. His tragic and unfortunate death shocked everyone.

The height of the roadway at mid-span is approximately 200 feet above water level. The vertical clearance at normal temperature is 155 feet at the center of the main suspension span and 135 feet at the boundaries of the 3,000 ft. navigation channel.

All suspension bridges are designed to move to accommodate wind, change in temperature, and weight. It is possible that the deck at center span could move as much as 35 feet (east or west) due to high winds. This would only happen under severe wind conditions. The deck would not swing or “sway” but rather move slowly in one direction based on the force and direction of the wind. After the wind subsides, the weight of the vehicles crossing would slowly move it back into center position.