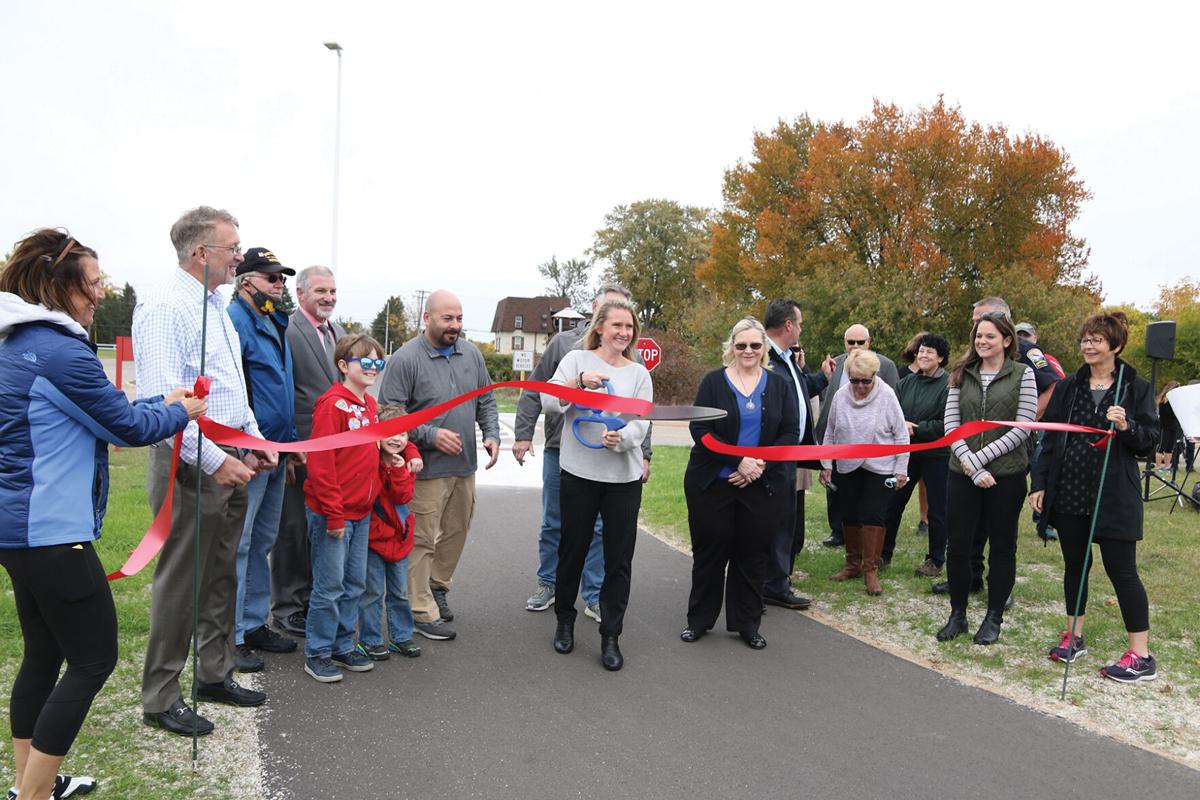 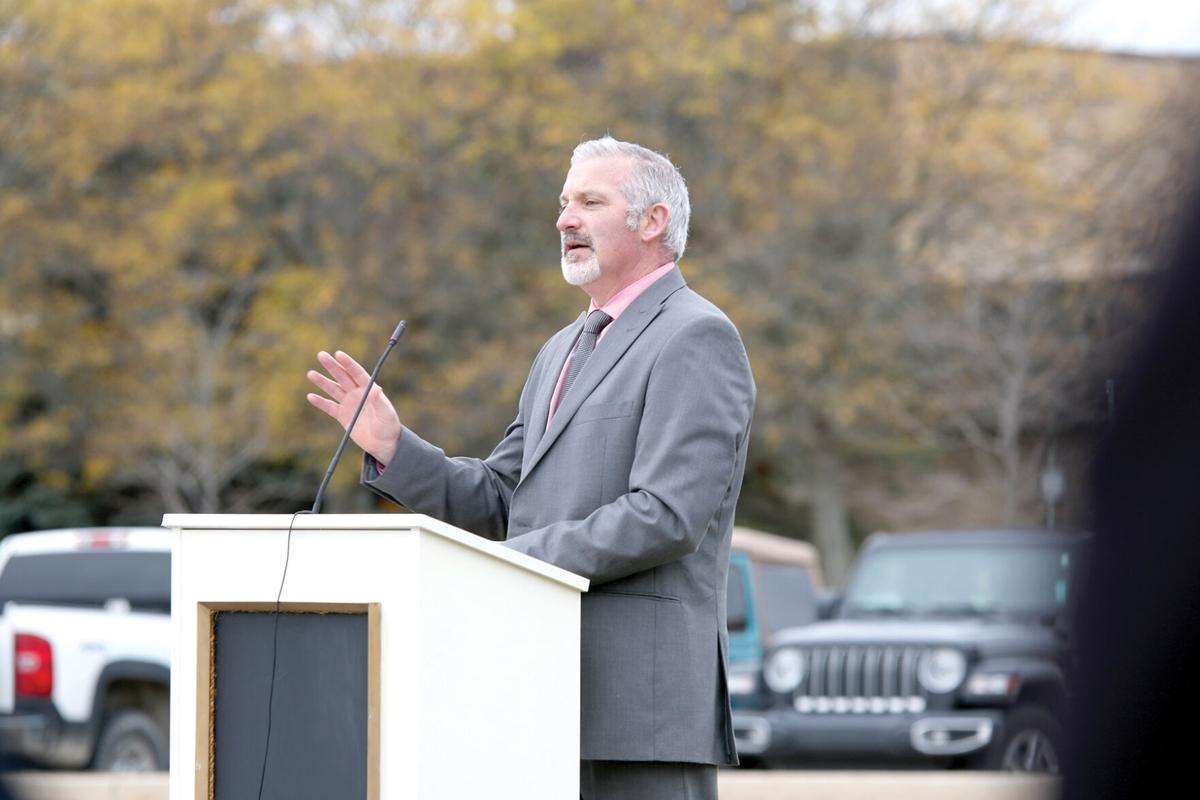 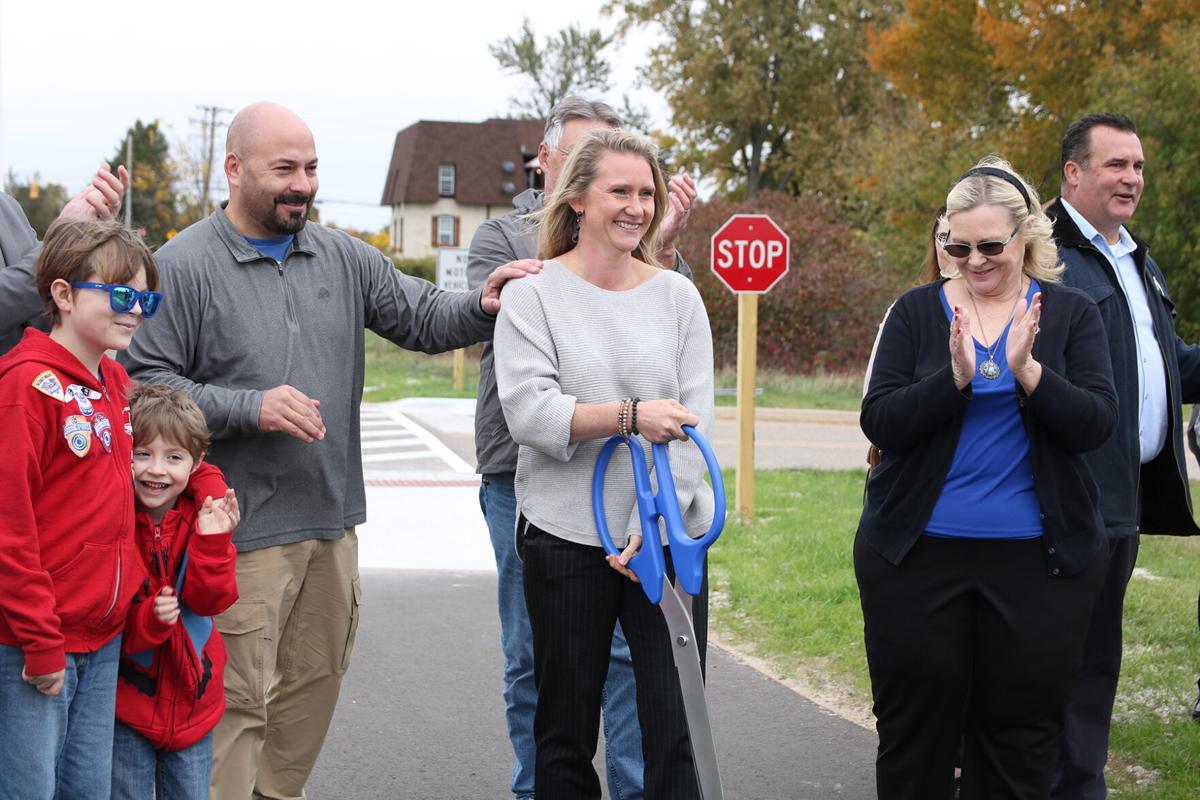 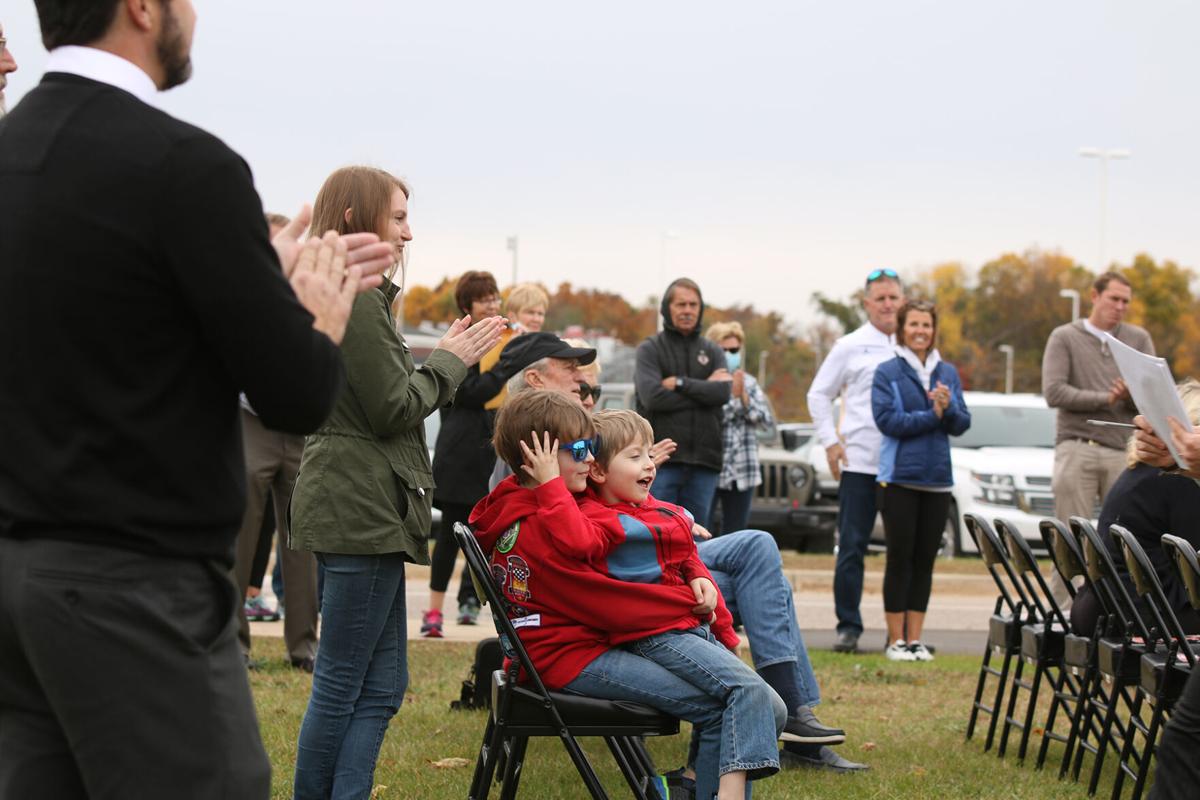 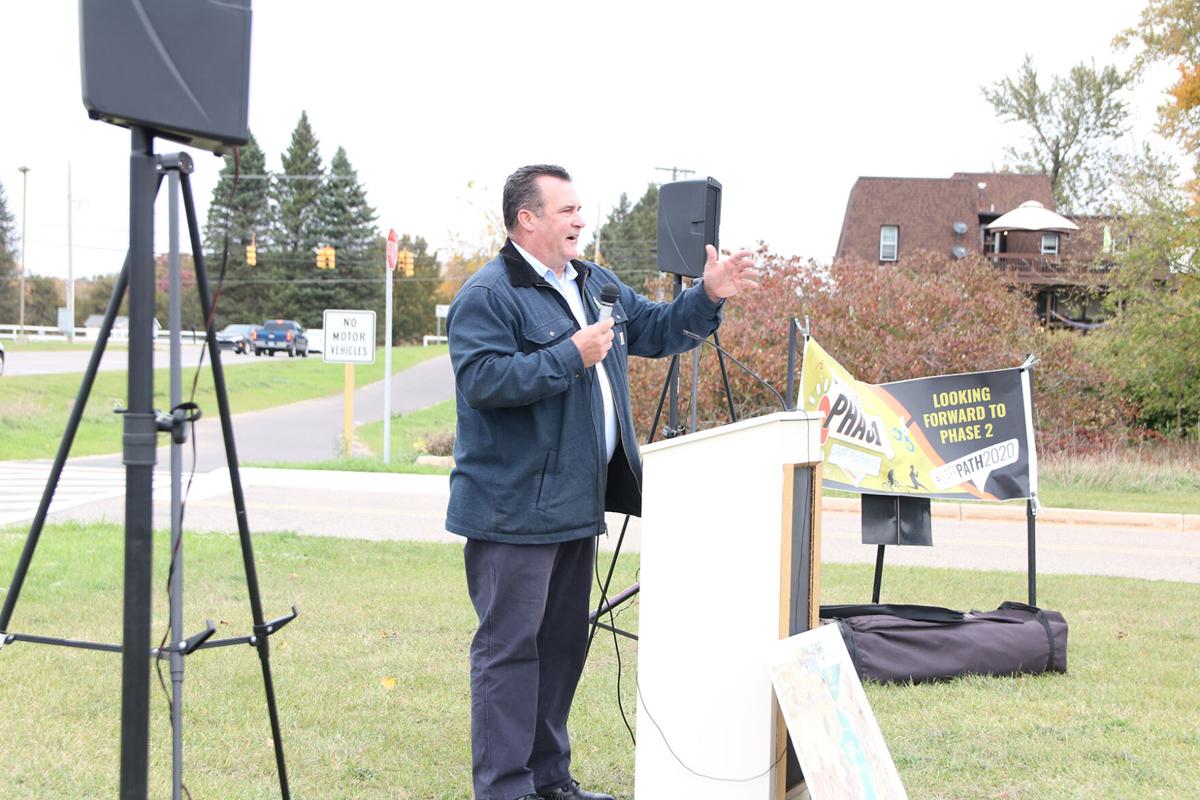 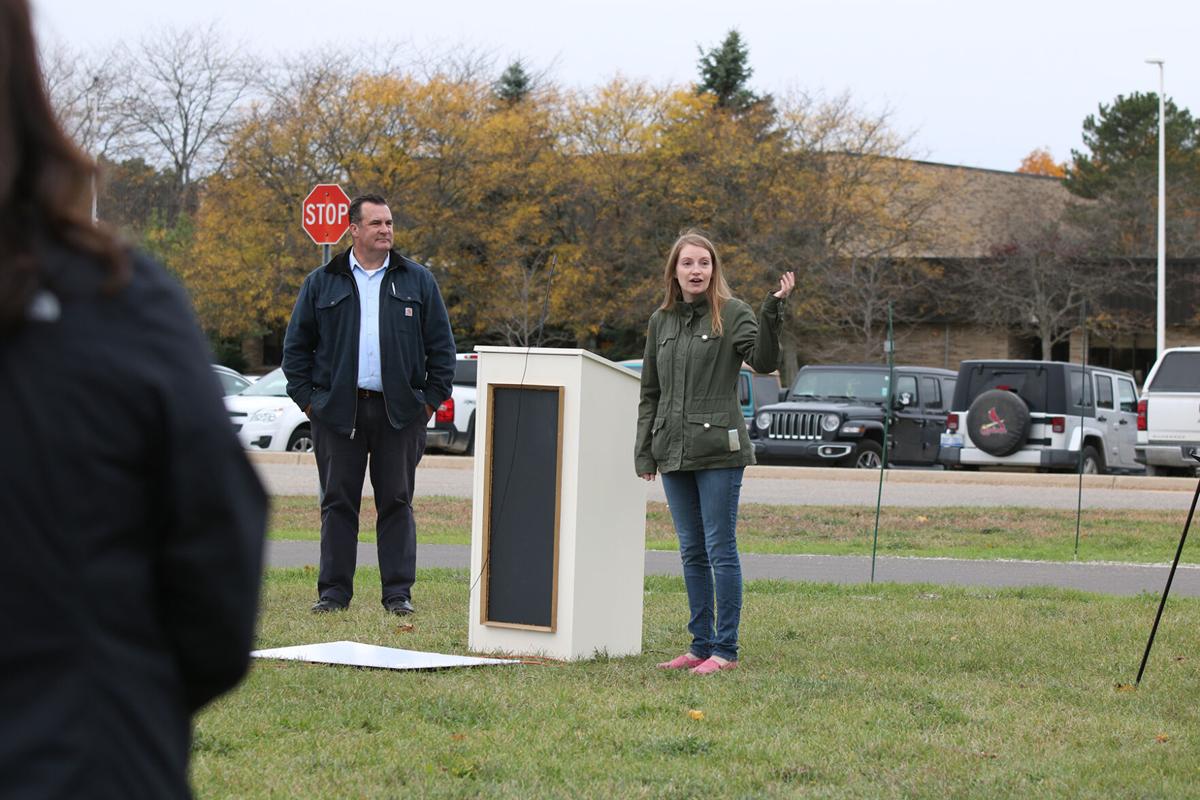 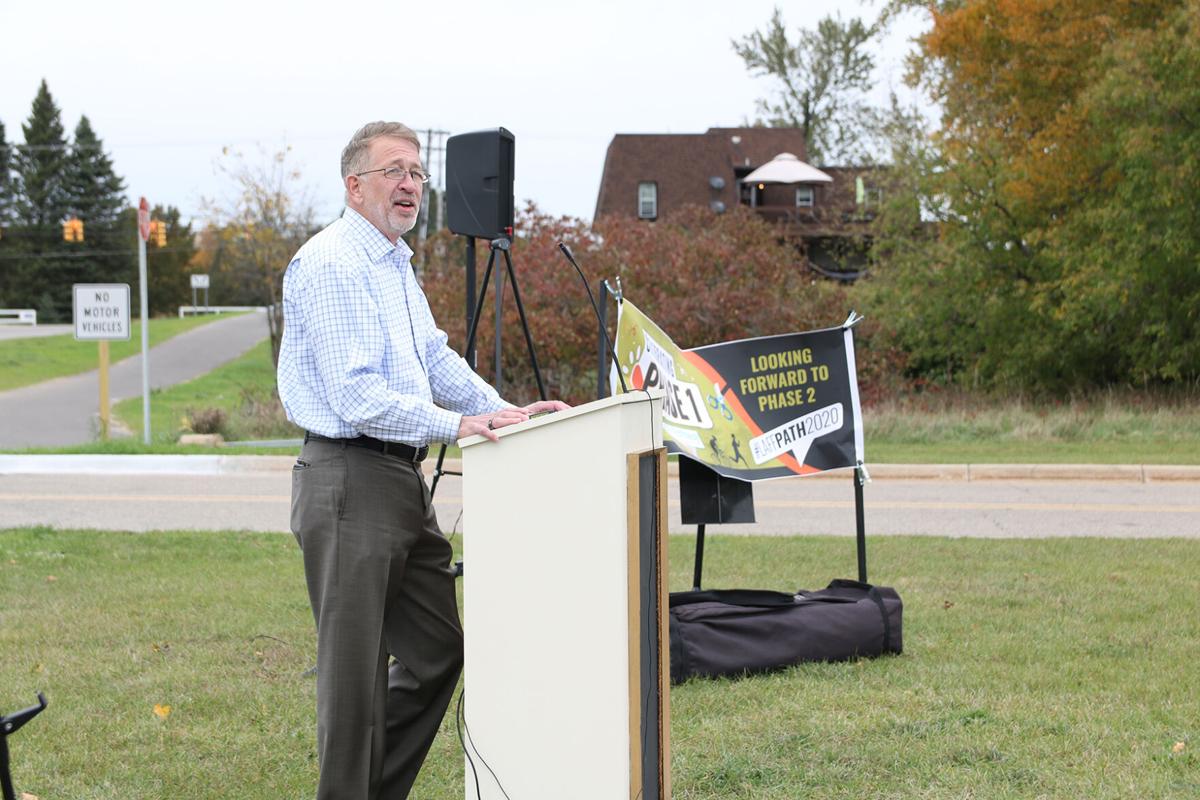 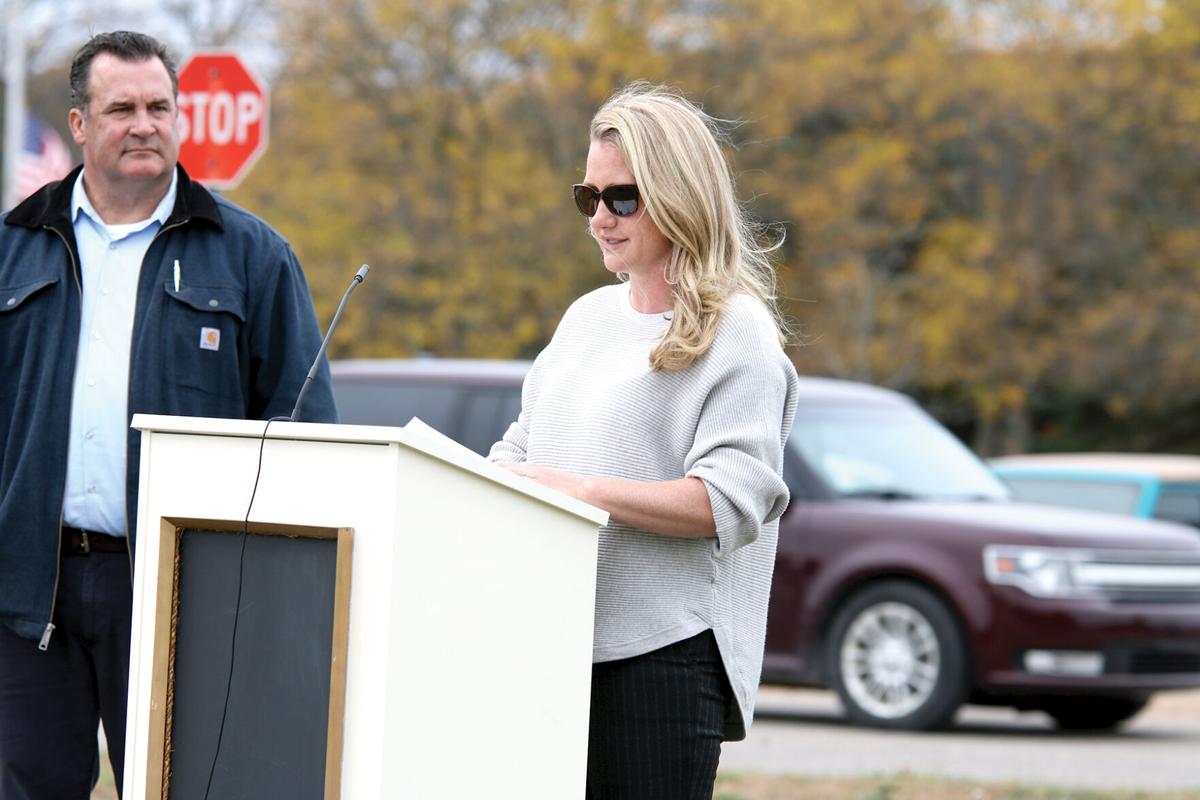 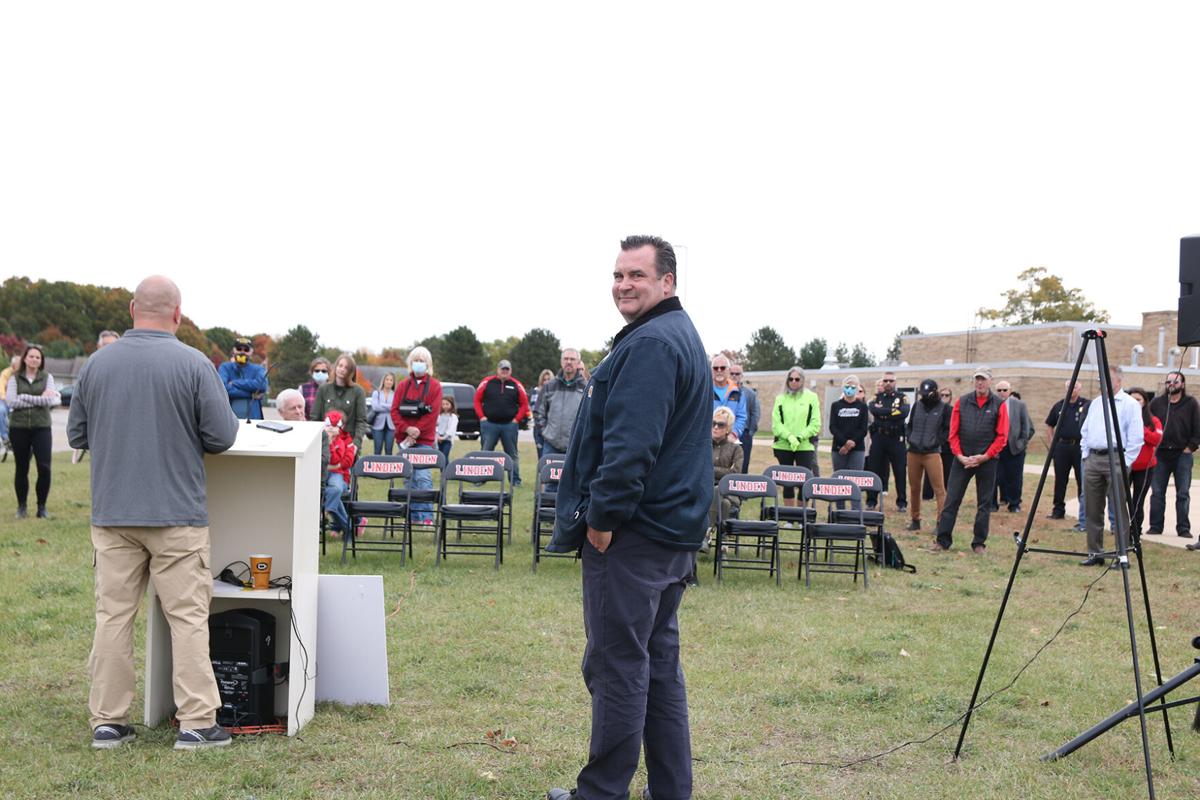 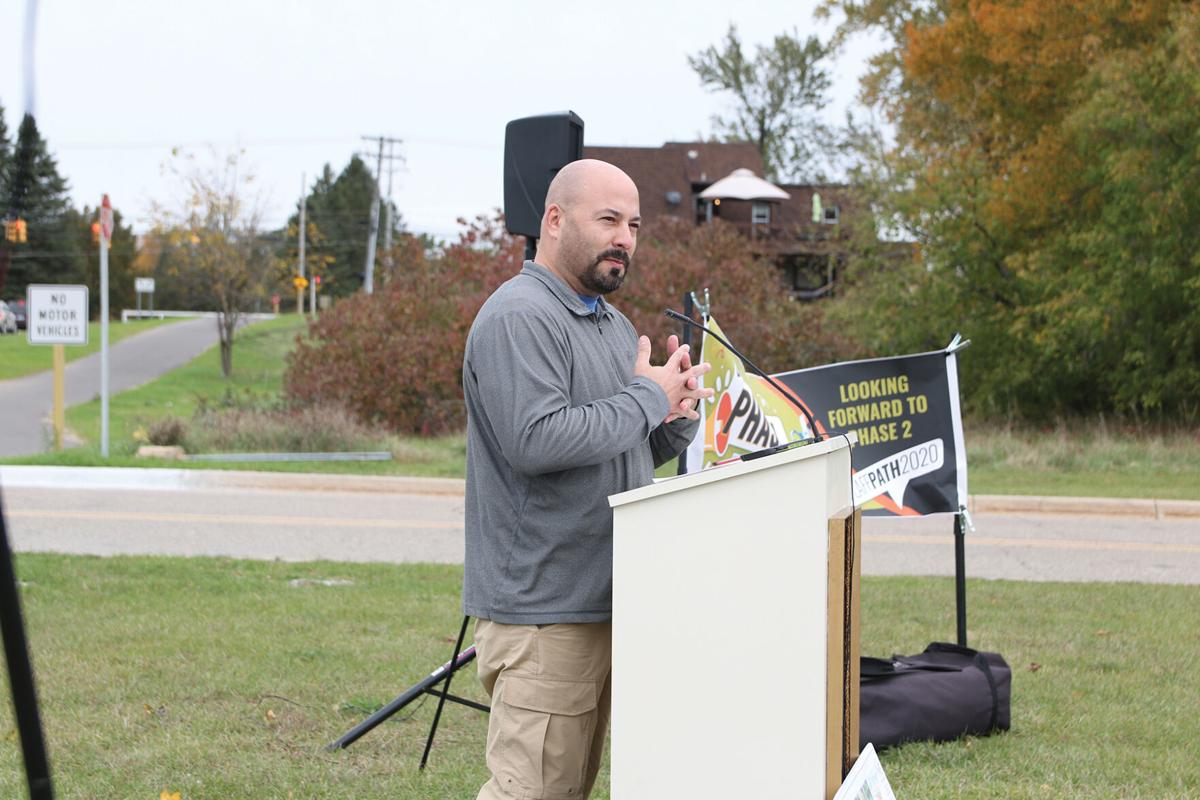 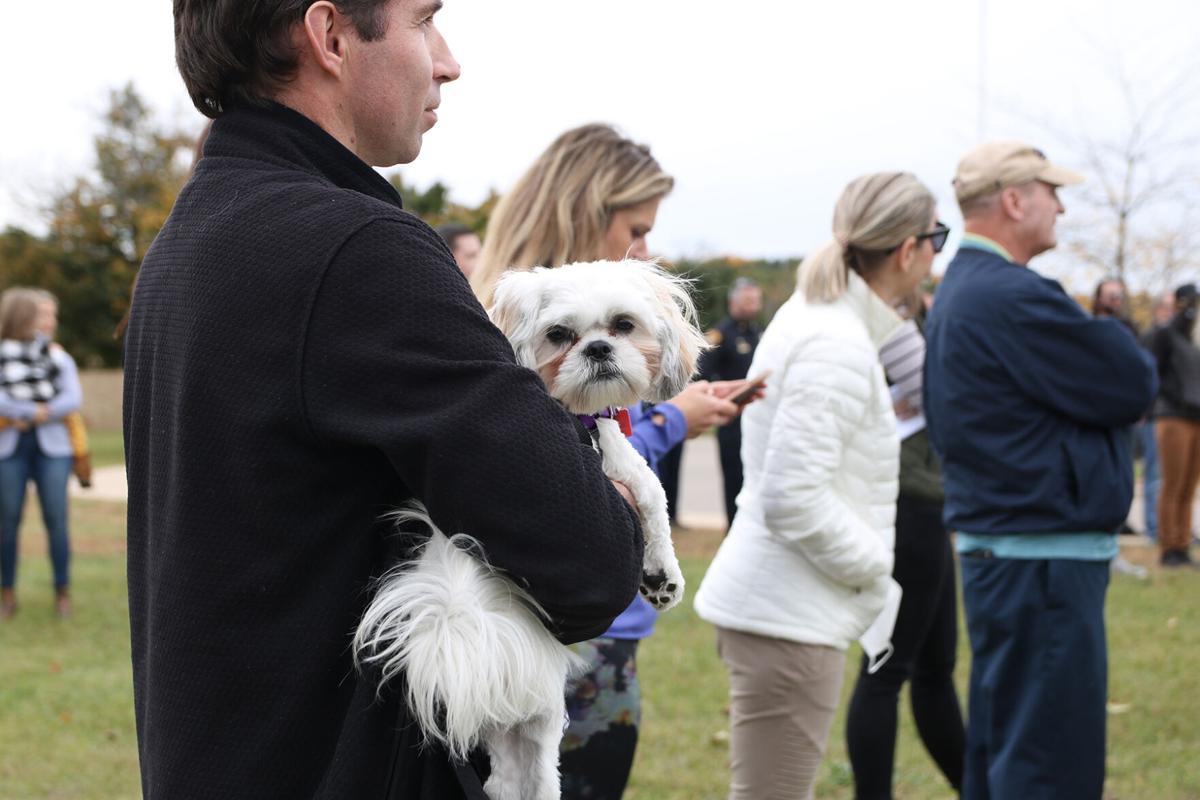 Argentine Twp. — With cyclists and runners using the pathway in the background, organizers of the new Argentine Township non-motorized pathway held a ribbon-cutting ceremony Wednesday, Oct. 14 in celebration of completing Phase 1.

Terese Ciesielski, who’s spearheaded the project for years, thanked all the groups involved, which includes the school system, the LAFF Pathway Group, the Hagerman Foundation, Southern Lakes Parks and Recreation and more. The main goal was to give students a safe option when they walked to and from school.

One speaker was Kelsey Mayser, a mother of two who lives on a property that the new pathway goes through. She said her children got their first bicycles a week ago because now they have a safe place to learn to ride.

“It is absolutely amazing,” she said. “There are kids walking to school. It’s so nice to wake up to hear that and not just cars going by.”

She said she worries about students having a safe place to walk to and from school. Mayser praised the organizers.

“Now we have this perfect pathway and our kids get to use it,” she said.

Koledo laid out the future phases and said they’re working on information campaigns.

The latest update on Phase 2 is that designs are in the works, and organizers will start talking with the affected property owners. Koledo said they’re also working on a major donor campaign to raise matching funds in order to get more grants to fund the projects.

The 2.1-mile pathway was designed by Fleis & VandenBrink Engineering and starts at Haviland Beach Drive and Lobdell Road, traverses through the Linden Schools campus to Silver Lake Road and then continues east on Silver Lake Road, through Fenton Township and connects into the existing city of Linden’s sidewalk and bike lane. Construction began June 15 and was completed a few weeks ago.

Saad said thousands of people have already used the path, including when it was under construction.

This $1.4-million project was a joint effort from federal, state, local and private dollars. This pathway provides a safe route for school children to walk or bike to and from school.

Saad said, “The Argentine Township Board is proud to have leaned into a bipartisan effort to secure a federal state and local county grants to fund this project. Now that Argentine Township leads the way, going first, we are excited to see the city of Fenton has won their grant proposal as well and we will be linking arms with our sister city to make this the most desirable place to live work and play in Southeast Michigan.

“We plan to maintain our sleepy bedroom community status only safer. Now that the majority of families living around the school complex(s) have an alternative route in which to send their kids to school, cutting down on bus traffic and providing healthier recreational opportunities for this Township,” he said.