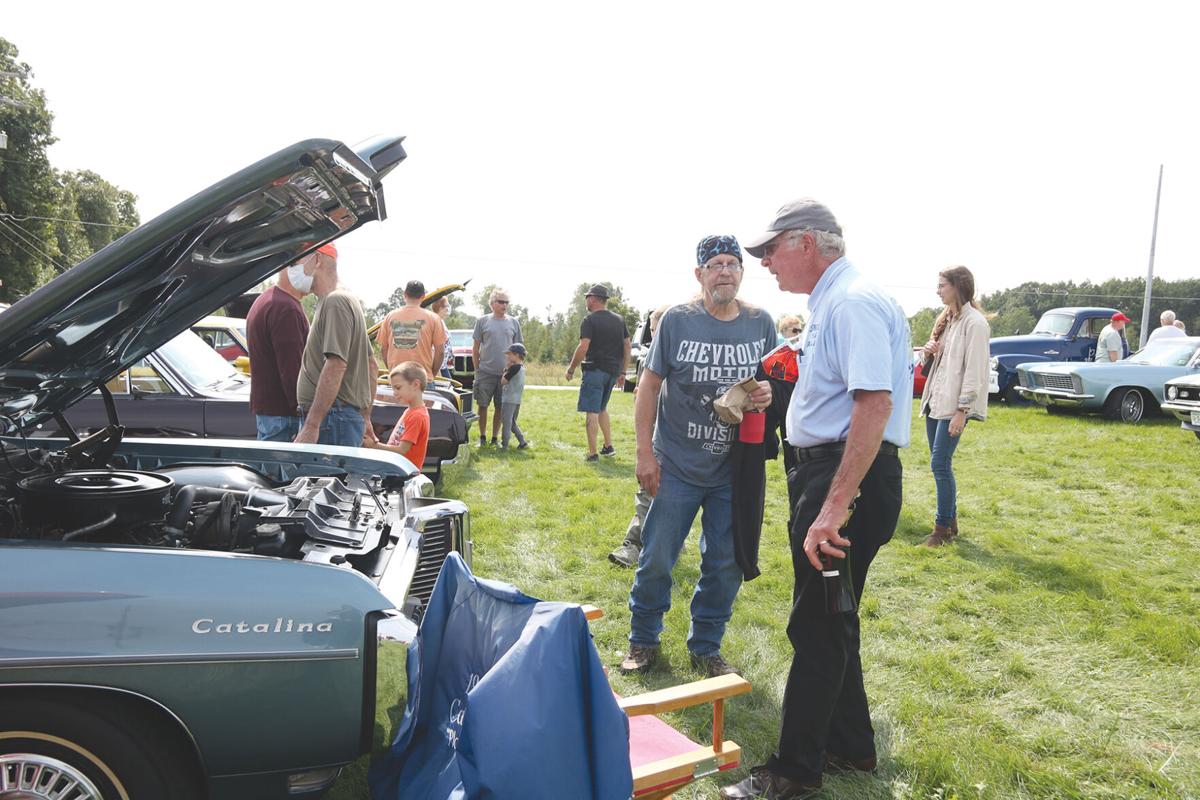 Fenton resident Mike Hussar (right) talks with an attendee at Mueller’s Orchard “The Apple of Your Eye” Car Showcase for Cystic Fibrosis on Saturday, Sept. 12. He brought his 1968 four-door Pontiac sedan. The event was a success, said Wendy Mueller, event chair, with an estimated 1,500 attendants throughout the weekend. 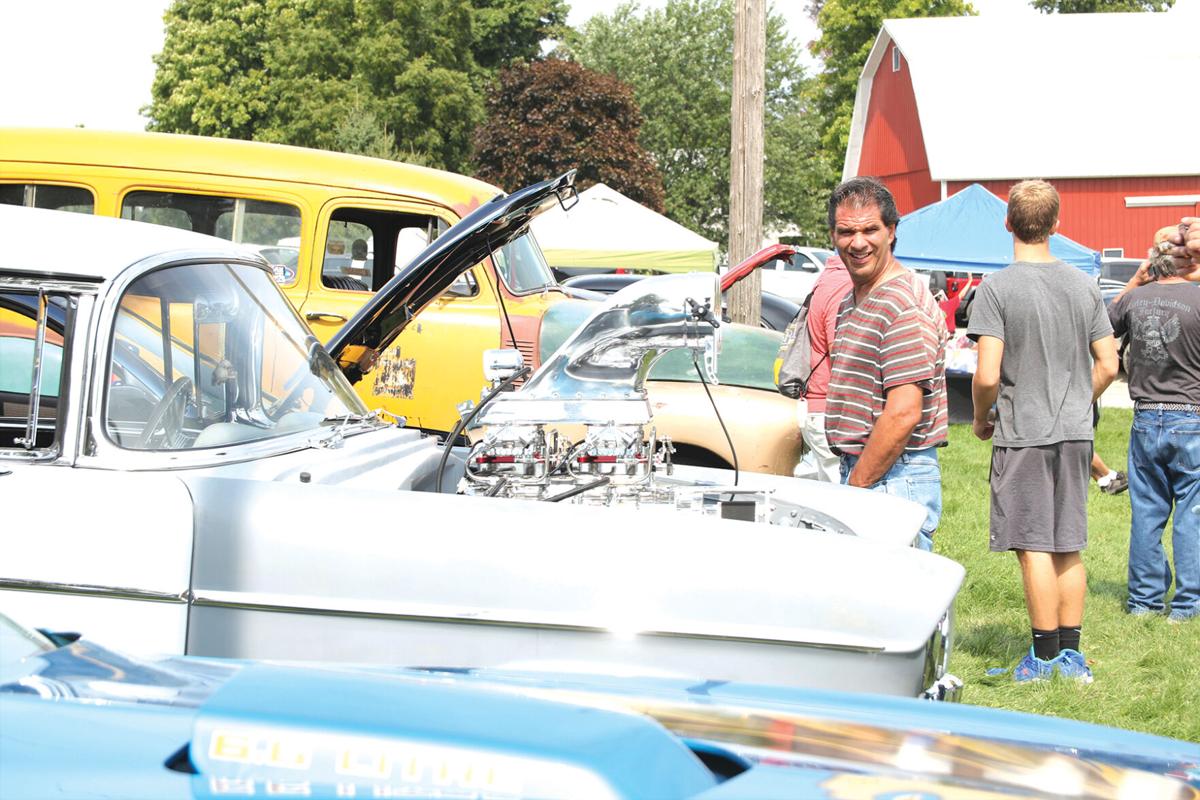 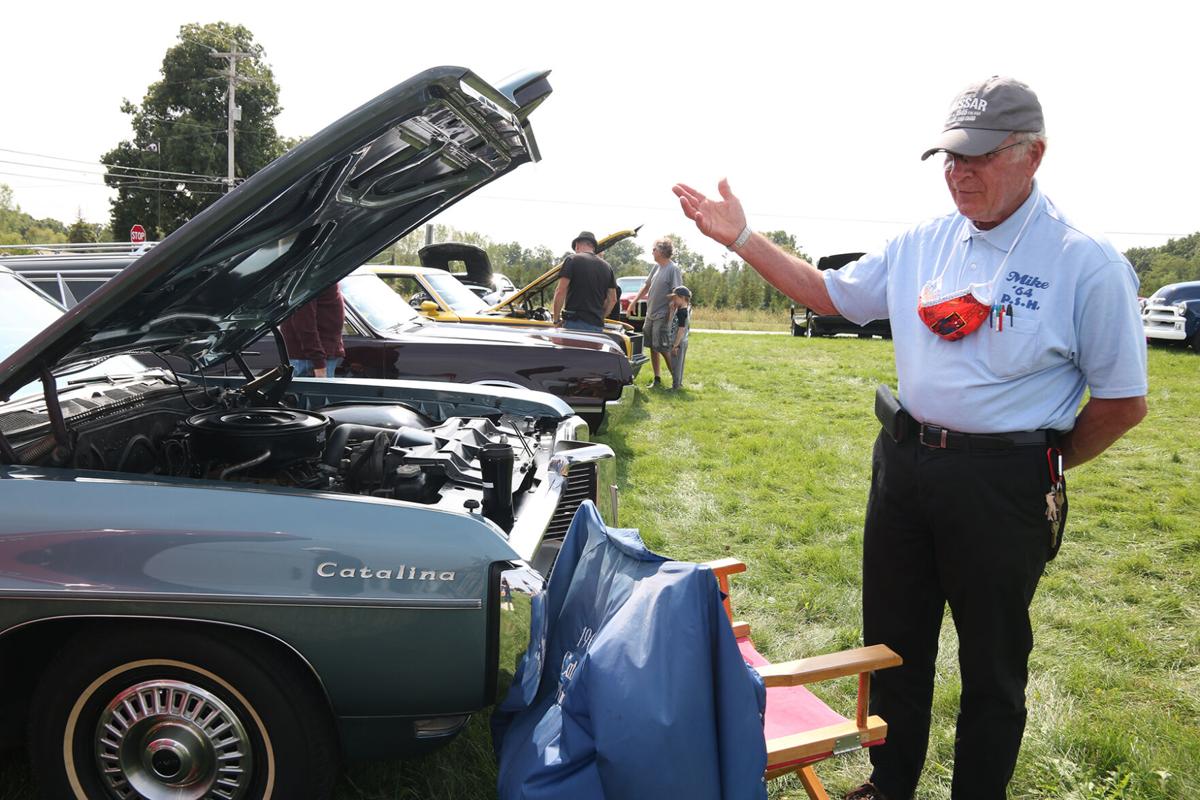 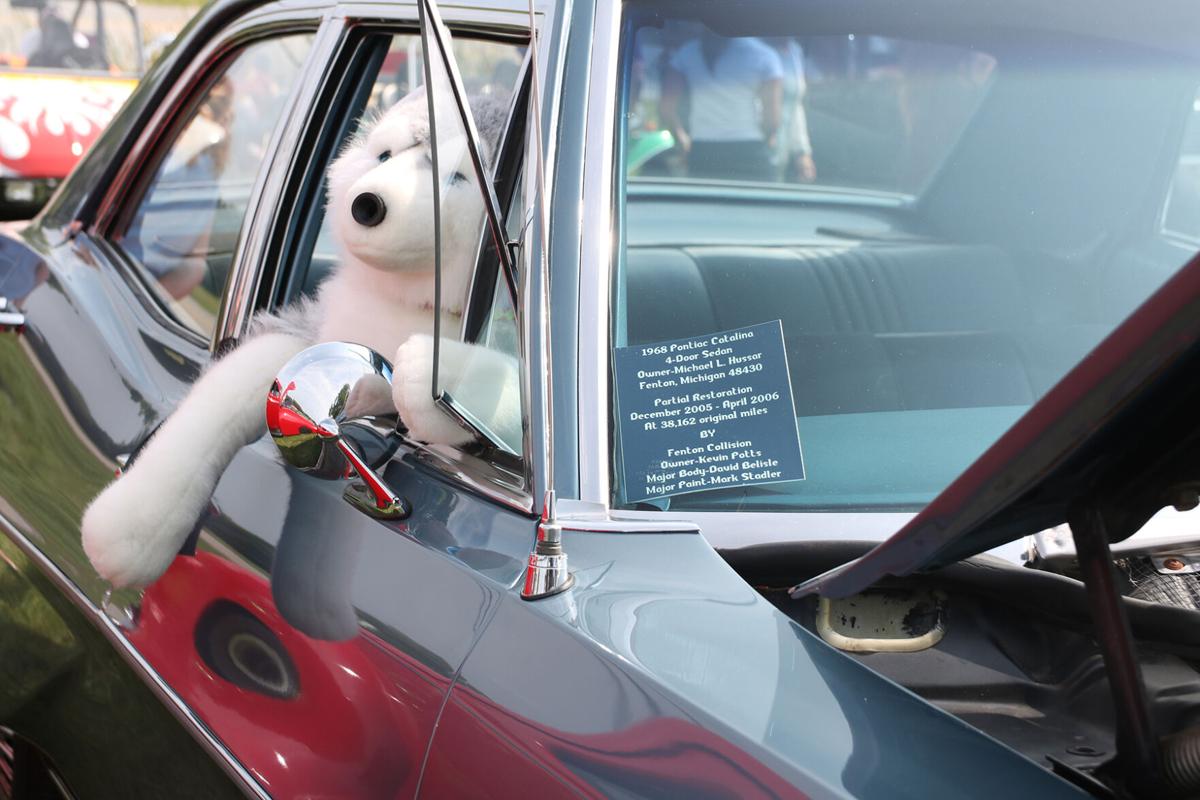 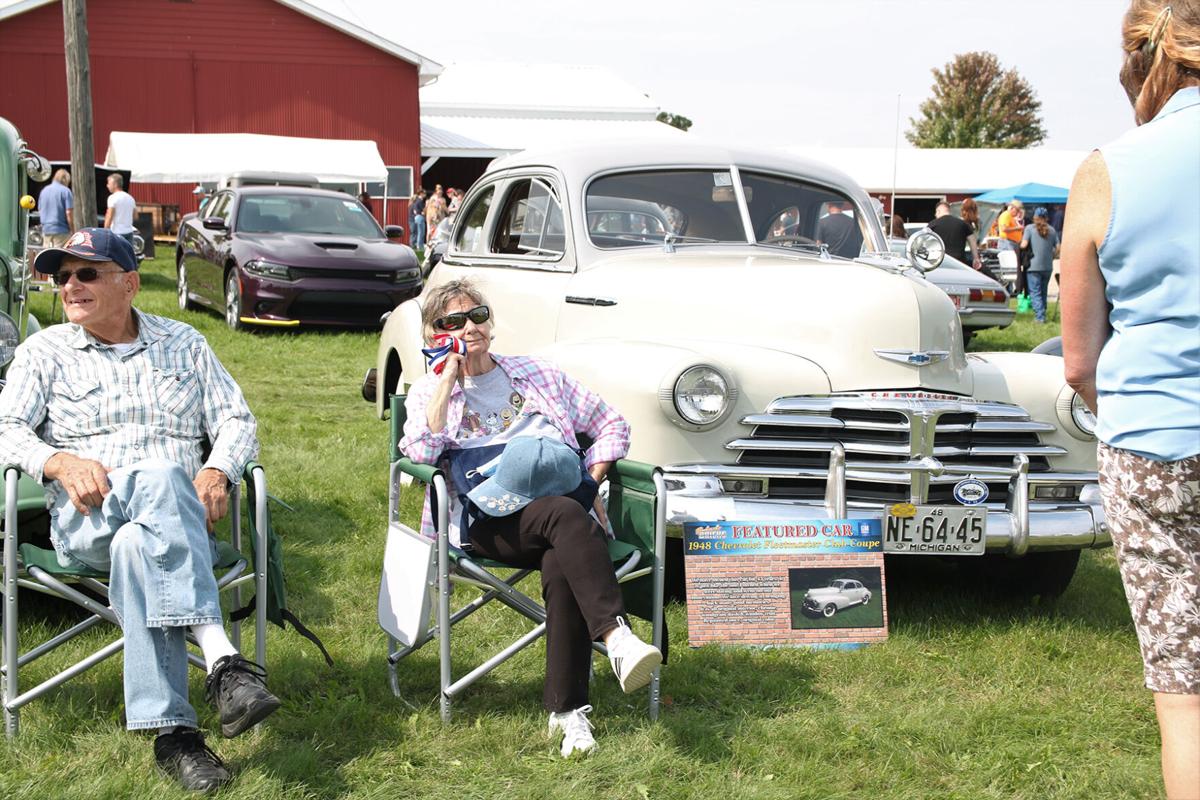 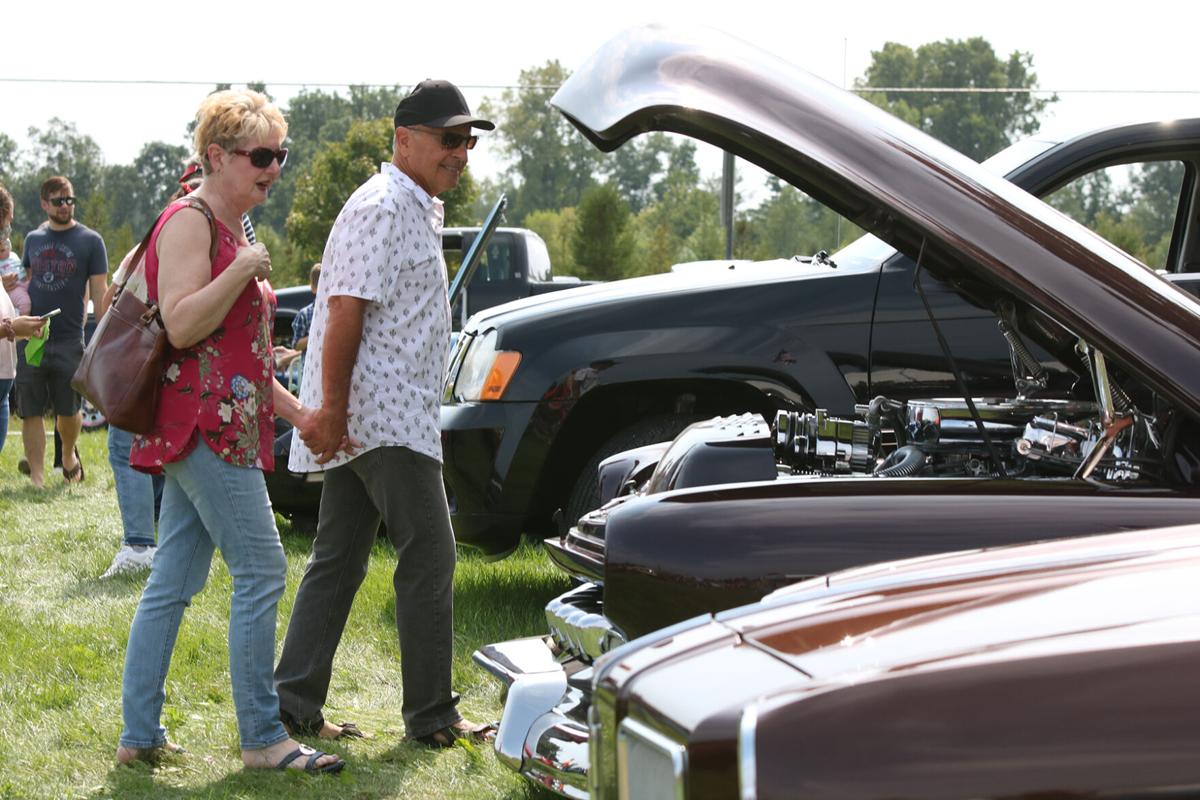 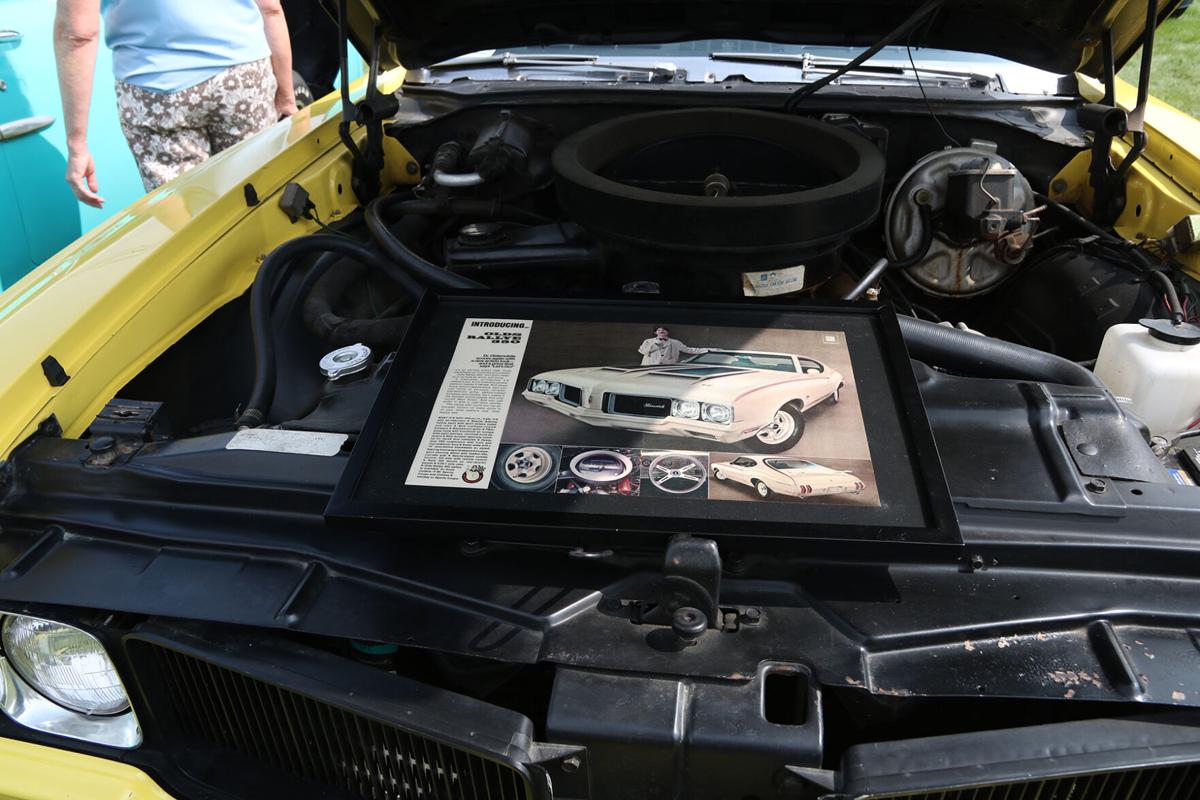 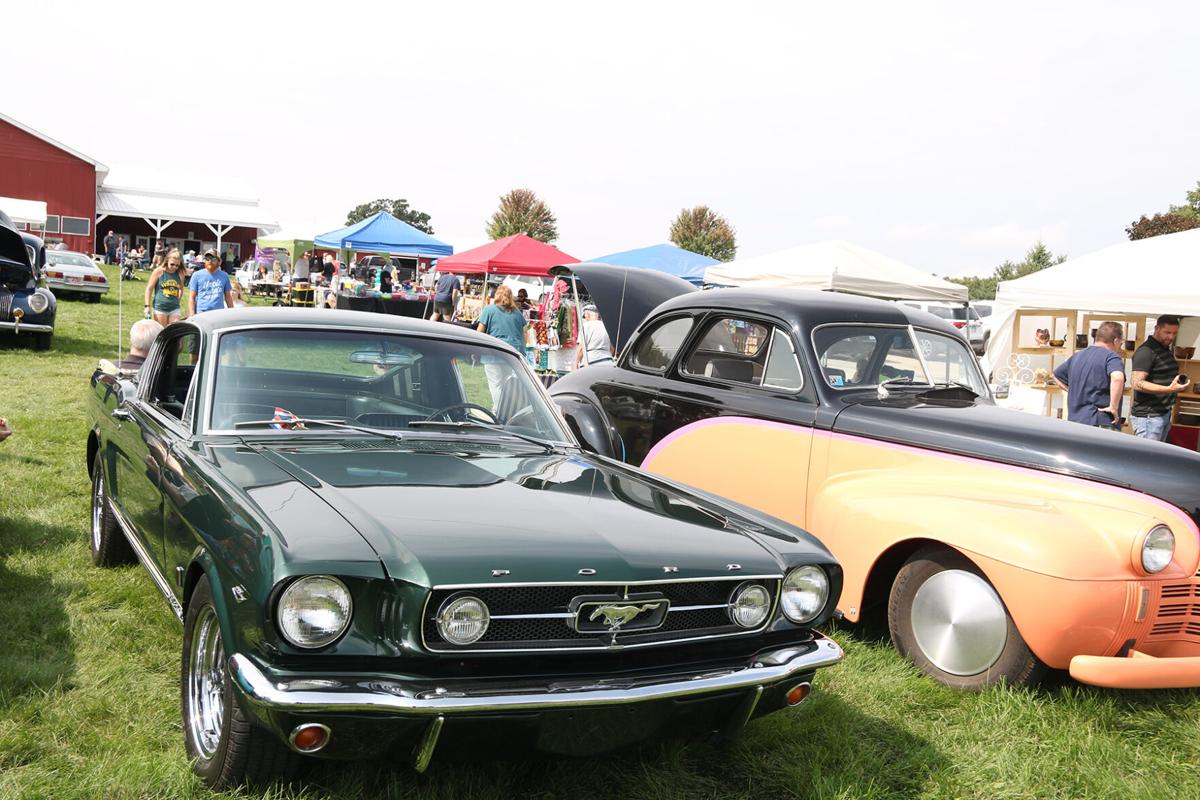 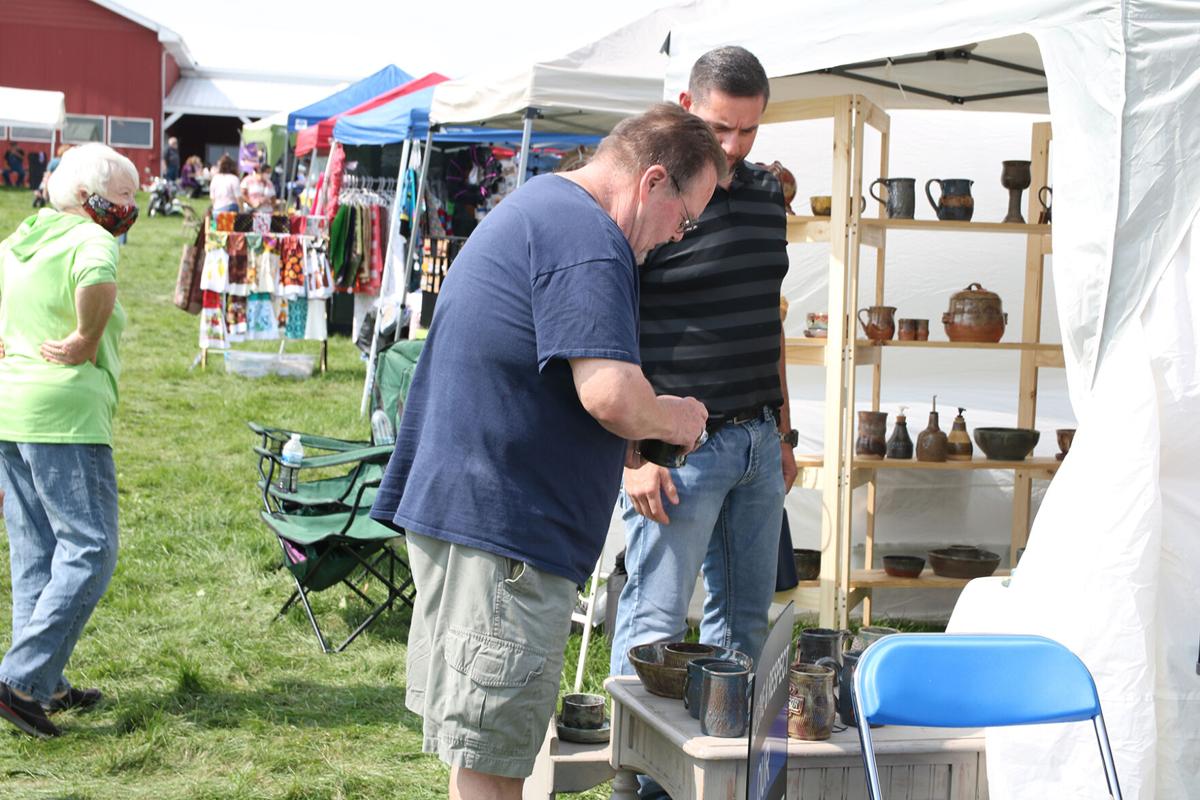 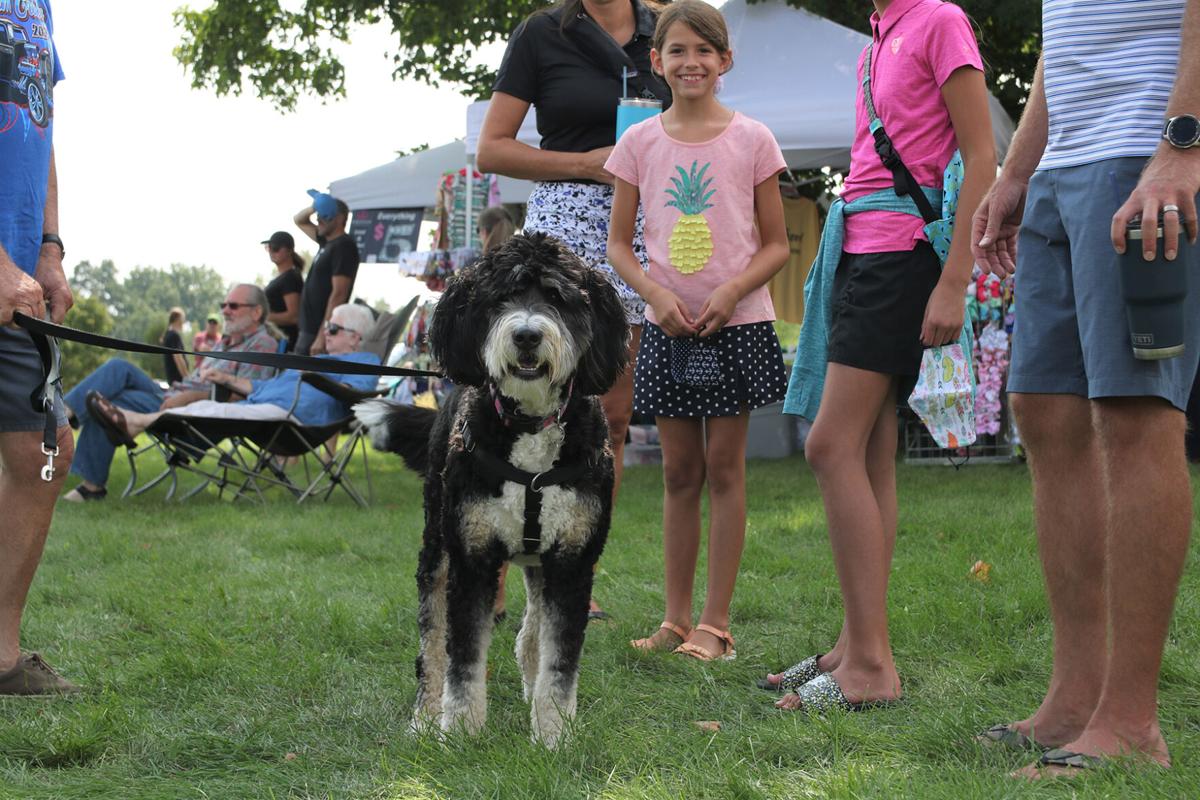 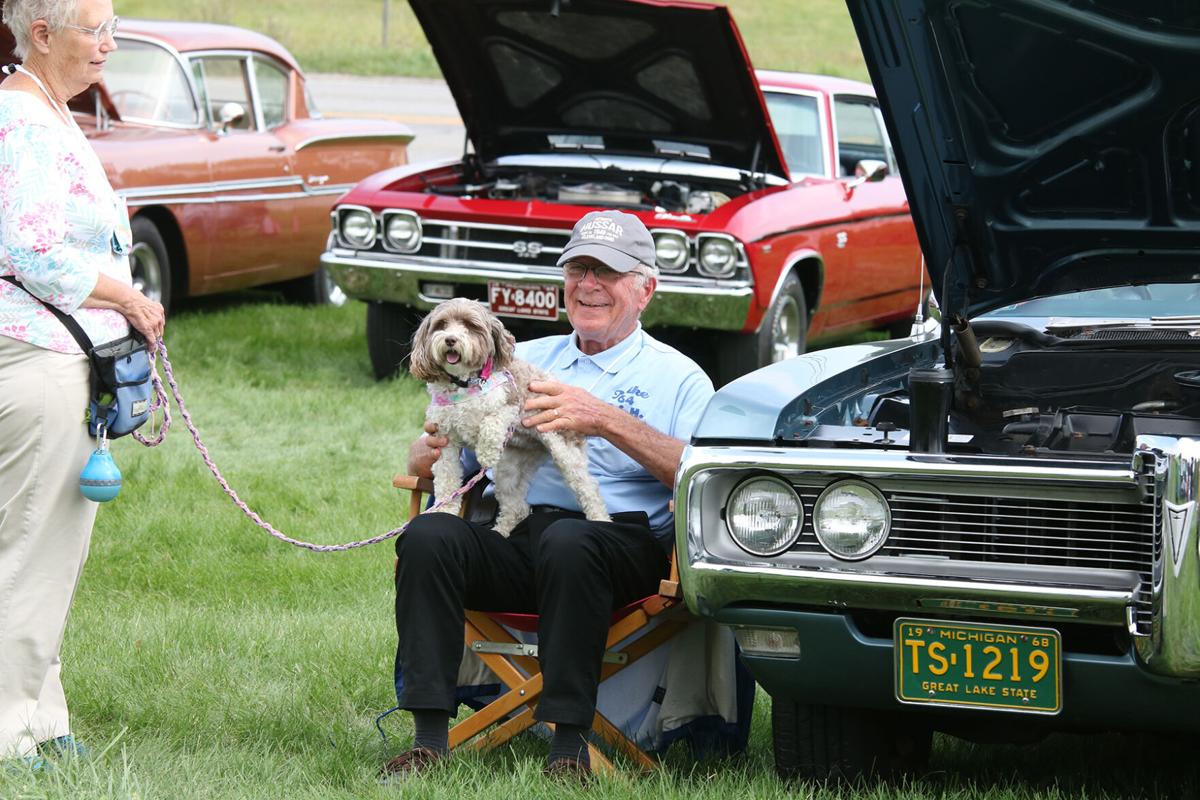 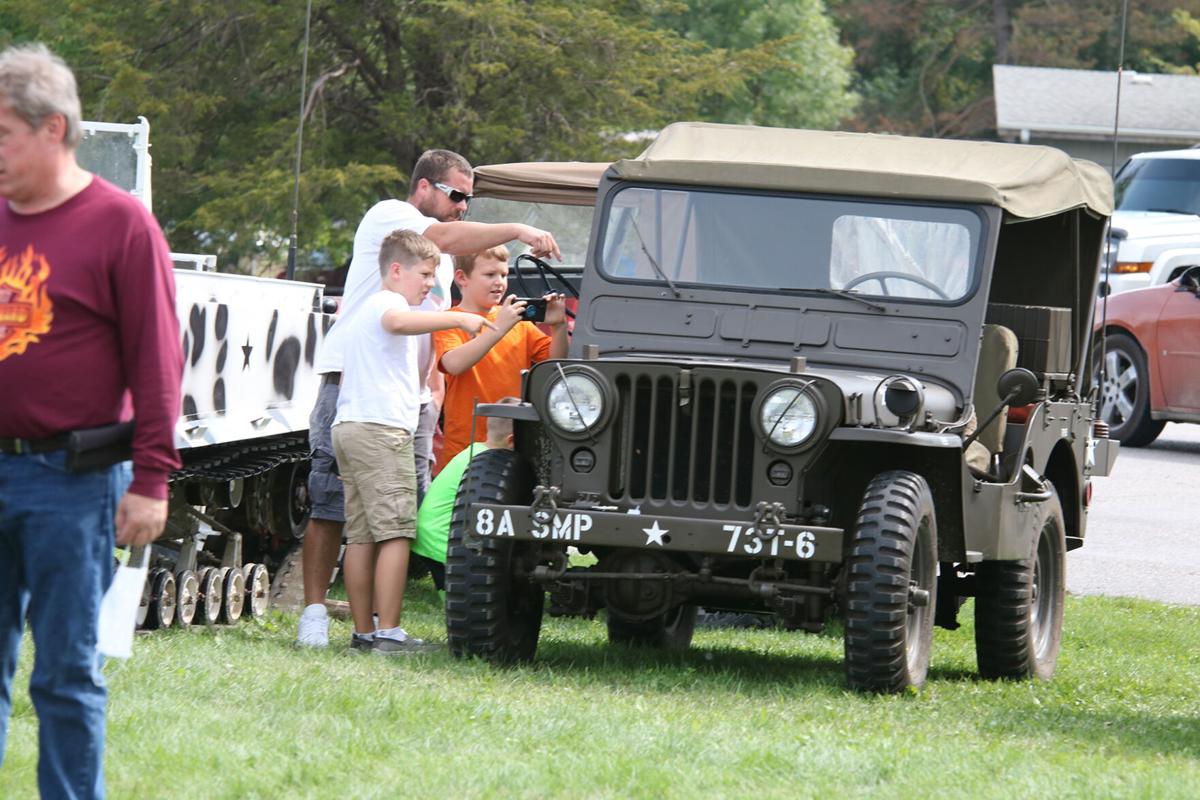 Fenton resident Mike Hussar (right) talks with an attendee at Mueller’s Orchard “The Apple of Your Eye” Car Showcase for Cystic Fibrosis on Saturday, Sept. 12. He brought his 1968 four-door Pontiac sedan. The event was a success, said Wendy Mueller, event chair, with an estimated 1,500 attendants throughout the weekend.

Hundreds of attendees came out to walk through the rows of cars and booths selling craft items, and buy apples, cider and doughnuts.

Wendy Mueller, event chair, said, “Mueller’s Car Showcase for Cystic Fibrosis was a far reaching success. The expansive front yard acre off Linden Road was often filled to capacity with show cars. The southeast corner was off limits to cars as it was taken over by the military display.”

Approximately 150 cars were on display throughout the weekend. This included a 1972 Jaguar XKE, series 3, V-12 that was brought in on a trailer and the legendary Chevamoco Dragster Race Car built originally by NHRA top driver Bobby Lagana NHRA, also trailered in.

“People mingled outside with lots of space and smiles. We were blessed with weather, many beautiful machines displayed with love and pride, and strong community support. People were happy and excited to be out safely with each other,” she said.

The event featured a food concession by Kiwanis, music from Throttle Up DJ services by Todd Payne, youth activities, and a free Moonwalk brought by Great Party Productions. There were raffles, arts and crafts, and the usual orchard items, such as apples, cider and doughnuts.

Proceeds went to the Cystic Fibrosis Foundation, which is on the top 10 list of “Charities You Can Trust.” It has a high percentage of its annual expense going directly to research and programs.

“Our daughter, Madeline (Mueller) Elmhirst, has new lungs and is alive today due to efforts of the Cystic Fibrosis Foundation. This community supported our fundraising effort,” Mueller said. “The raffle supporting local businesses did better than ever. Outright donations and silent auction bids were more abundant and most generous. The Muellers’ are proud to be a part of this totally supportive ‘we got this’ community moving safely forward.”

One person who brought a vintage vehicle was Fenton resident Mike Hussar, who brought his 1968 four-door Pontiac sedan.

“It was one of the more basic cars in ‘68. It’s one families drove because it had room for two, three, four kids in it, and you get both parents in the car when

you went places,” he said.

He often brings it to shows. It’s been in the Fenton Fourth of July parade since 2002, except last year because of a last-minute technical issue.

“Everything is being shut down,” Hussar said, so he was excited to go to the Mueller’s car show.

Mueller estimates approximately 1,500 people came to the event throughout the weekend.