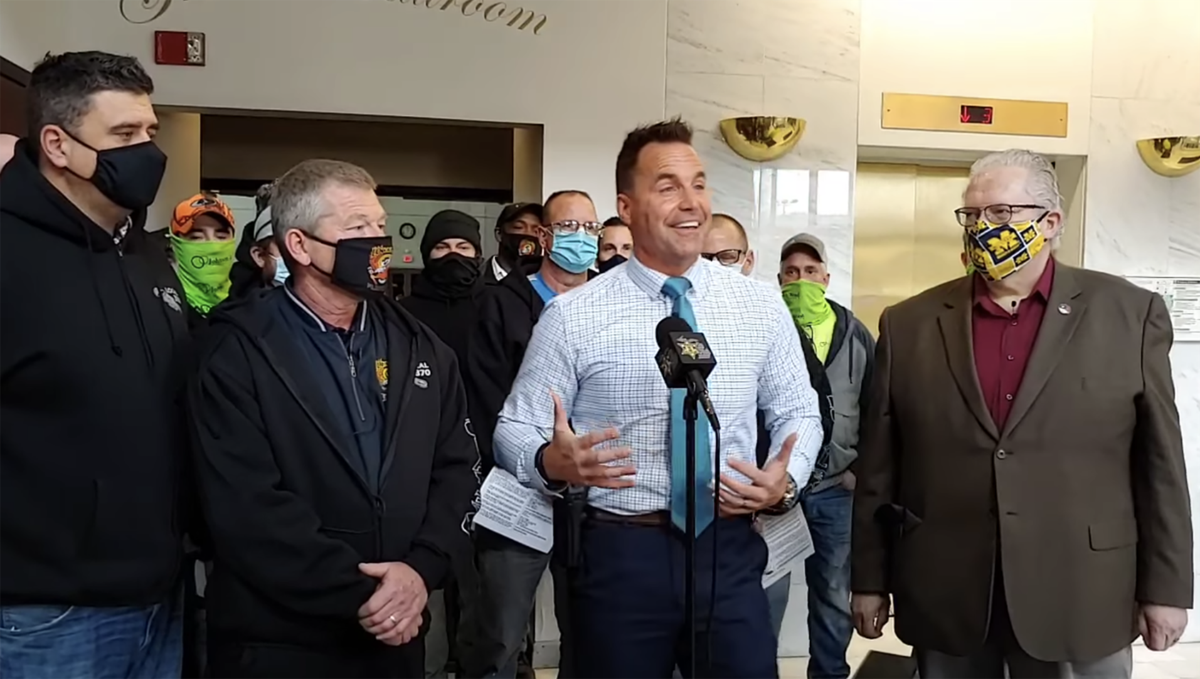 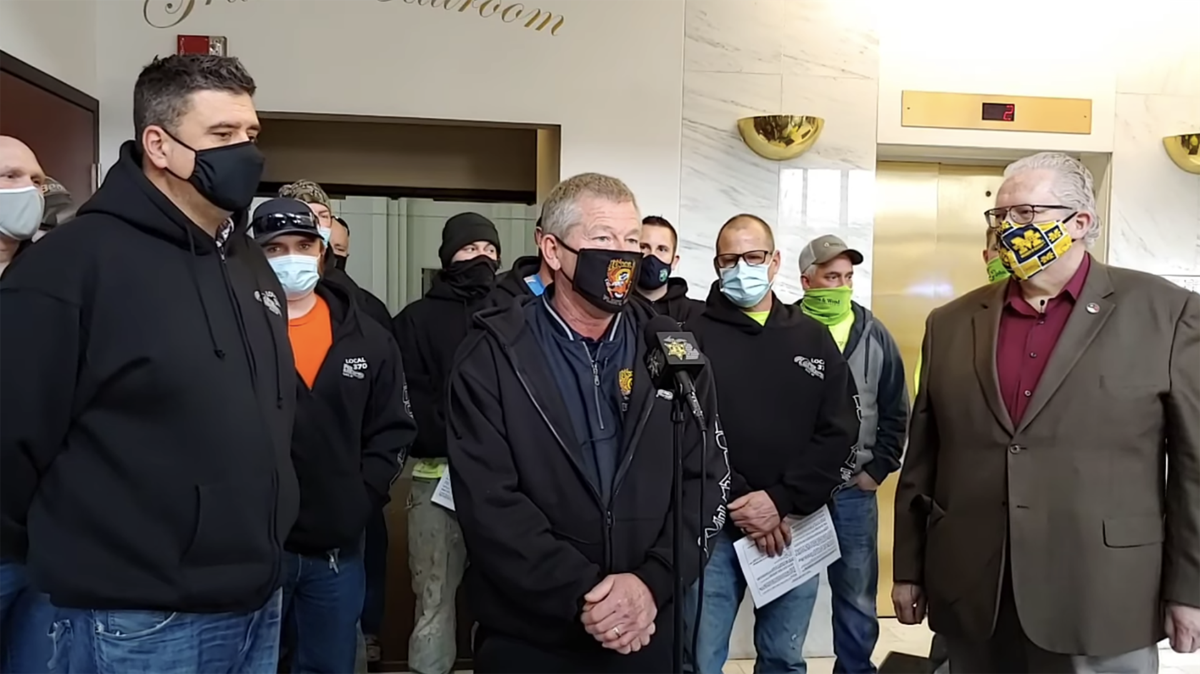 County have some level of immunity against the coronavirus.

On Friday, March 26, Genesee County Sheriff Chris Swanson gave a vaccine update during a livestream with members of UA Local 370 Plumbers & Pipefitters at the University of Michigan-Flint Northbank Center, where vaccinations were taking place.

Local 370 represents more than 500 union members. In 2016 during the water crisis, they helped replace pipes and sinks.

“I watched plumbers and pipefitters come from the state of Michigan and beyond,” he said. “Giving up their time to build this city back to where there was a fresh water supply.”

Swanson announced that the county has been able to vaccinate members of Local 370.

Harold Harrington, union official of Local 370, reached out to the Genesee County Sheriff’s Office about how they never stopped working during the pandemic. He said he’s very proud to represent their plumbers and pipefitters, and he’s very proud of the work they did during the water crisis.

“I want to thank the sheriff and the Genesee County Commissioners and also the Genesee County Health Department for getting our guys in who are actually out working in the hospitals, in the grocery stores, in the banks, maintaining the heating and cooling for all the local businesses in our area. It’s truly an honor to be recognized and to get our guys in here to get our vaccines,” he said.