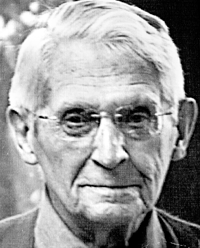 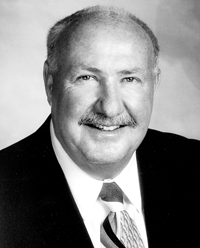 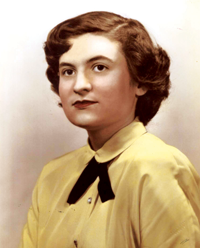 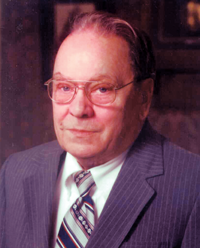 The Fenton High School Alumni Association (FHSAA) Operating Board announced the latest inductees to the SAFHA Hall of Fame. The Board will present the awards at the FHS Alumni Reunion Banquet on Aug. 18, at the St. John Activity Center.

The four honorees are:

A noted gentleman of science and music, dedicated to his family and community, Ken Harding was born in England in 1912. He graduated Valedictorian of his FHS class in 1929 and in 1939 earned a bachelor of science in Chemical Engineering at the University of Michigan. He was a high-ranking executive at Dow Chemical until he retired after nearly 40 years.

Until his death at age 97, Harding was a world traveler, photographer, pianist and organist, supporter of the arts via the Midland Symphony Orchestra and Midland Center for the Arts.

• Was a lifelong activist with the Salvation Army.

• Was honored with an exhibition of his photography, “Through Ken’s Eyes,” in 1983.

• Was chair of the Midland Symphony Orchestra Society.

• Initiated Matrix Midland in 1978 – now a year around event.

A FHS graduate in 1963, Cal Rapson was awarded an honorary Doctor of Humanities degree from Michigan State University in 2008. He is widely recognized as a forceful advocate for social justice; strongly instrumental in effectively building coalitions that advance communities.

Flint-based UAW Vice President Rapson retired in 2010. “As I look back, I’m proud I had the honor of representing all of these autoworkers. There’s nothing I would rather have done,” said Rapson.

• In 2008 was elected to the supervisory board of Adam Opel AG.

• Was instrumental in implementing a two-year certificate program in Modern Labor Concepts offered by the MSU School of Labor and Industrial Relations.

“A great lady” was the Tri-County Times’ tribute on the passing of writer Jan Rynearson, from the FHS class of 1951. A superb journalist, she was one of the staunchest pillars of the Fenton community over the past five decades, as well as a significant published contributor regionally and statewide.

Rynearson was co-chair of the Fenton Freedom Festival for 19 years and the 2009 grand marshal of Fenton’s 175th Anniversary Celebration. She also served on the Education Commission of the St. John’s School. In her numerous leadership capacities, Rynearson generated significant funding for a multitude of worthy area causes. As Features Editor of the Tri-County Times, she was instrumental in broadcasting worthwhile news to our community.

• For more than 50 years she carved out an illustrious career with The Detroit News, Toledo Blade, Farm Journal, Faith Magazine, Fenton Independent, Tri-County Times (30 years) and the Durand Express. In broadcast, she was the News Editor for Station WFEN.

Known in Fenton as a man who lives his work every day, Ken Seger is known as a fortunate and talented individual. A writer (with his wife Donna) dedicated to the historical preservation of his hometown; he graduated from FHS in 1954. He left Fenton to serve in the United States Air Force from 1955 – 1958.

An historian and storyteller at heart, he returned to Fenton in 1968 and delved into his life’s work — beginning a 34-year sojourn as curator of the Fenton Historical Association. In honor of Fenton’s 175th anniversary in 2009, the Postcard History Series’ publication of Ken Seger and Donna Seger’s “Fenton” was released.

For years Seger has worked in Fenton’s Historic Museum in the Phillip’s Library Building where he conducts tours and administers all acquisitions. His community outreach has included working with nearby Holly, Argentine, Bancroft and Swartz Creek in establishing acquisition procedures and museums for those neighboring towns.

• He and his wife were grand marshals for the 2011 Freedom Festival Parade.

• Served on the nominating committee for the FHS Sports Hall of Fame.

• Active with the FHS Alumni Association.

• Authored the 1998 publication, “Fenton Once Over Lightly.”