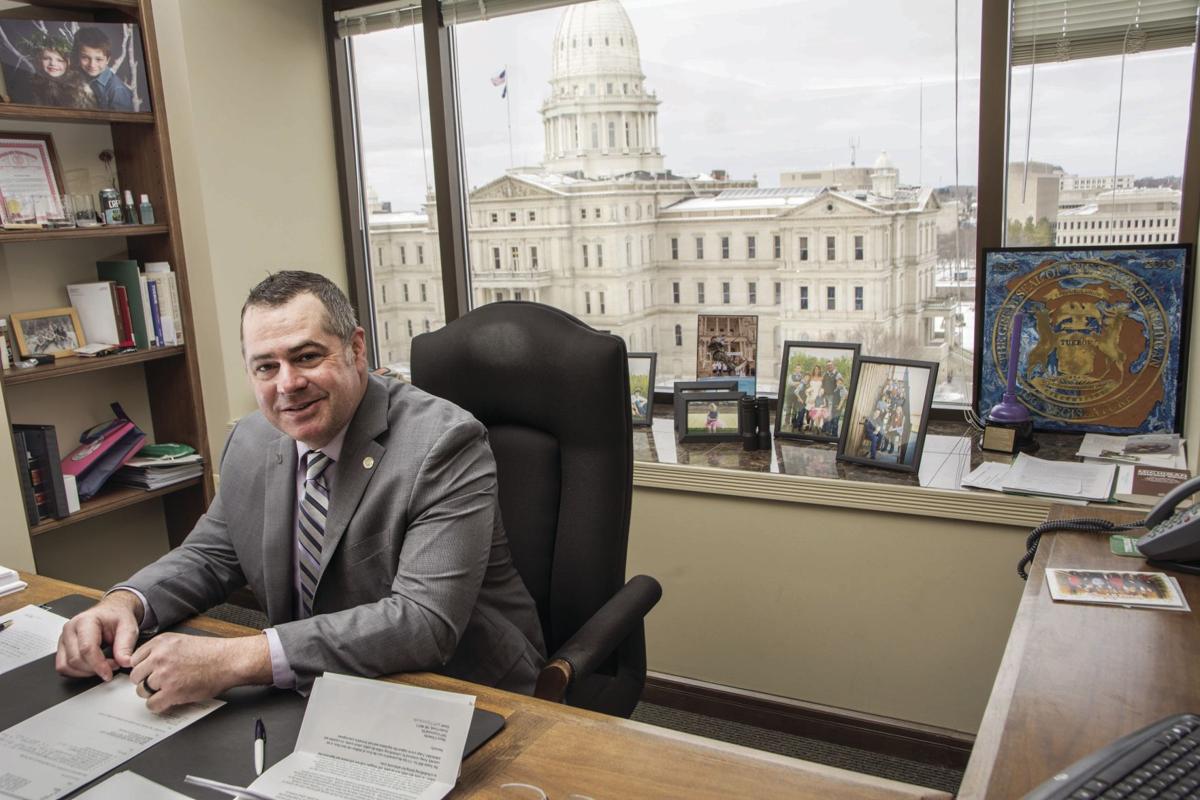 Rep. Mike Mueller (R-Fenton Township) sits with a view of the Capitol Building in downtown Lansing on Wednesday, Jan. 8. He does take time to legislate, but constituent concerns come first. 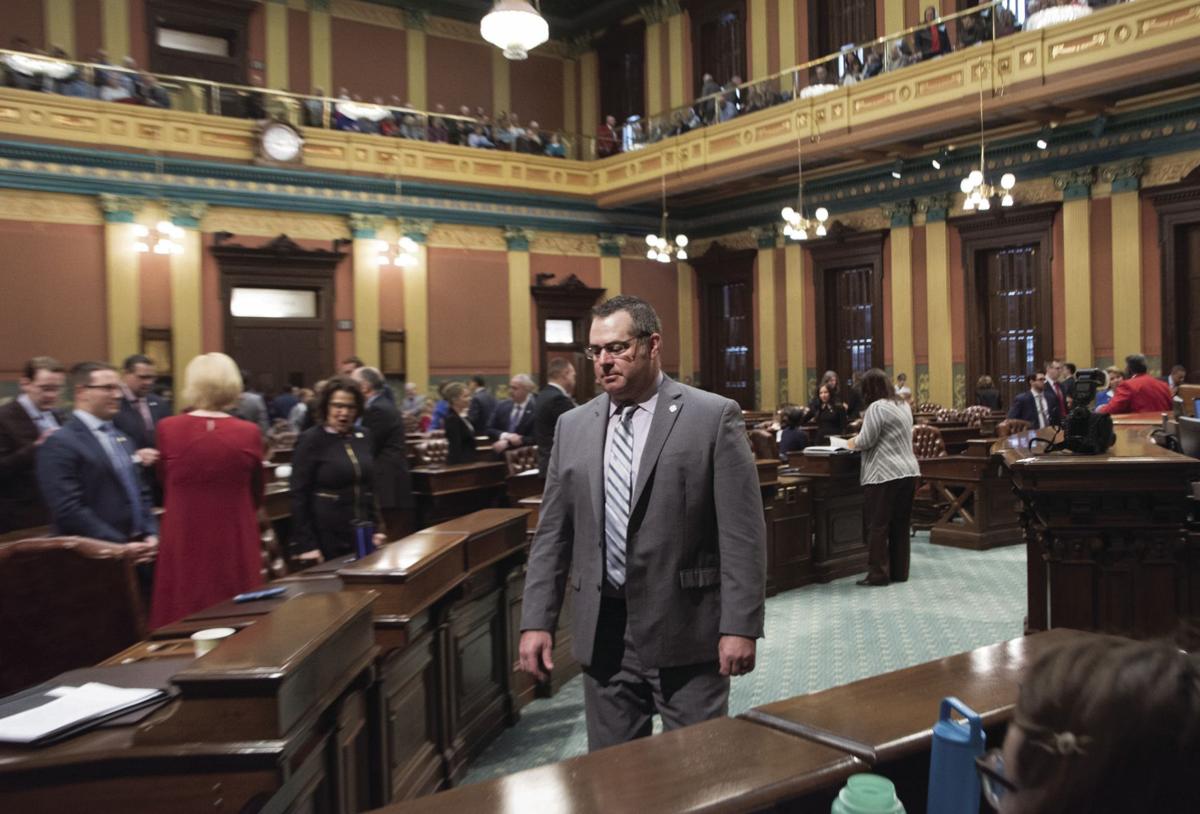 Rep. Mike Mueller (R-Fenton Township) walks to seat as the House session is about to start. 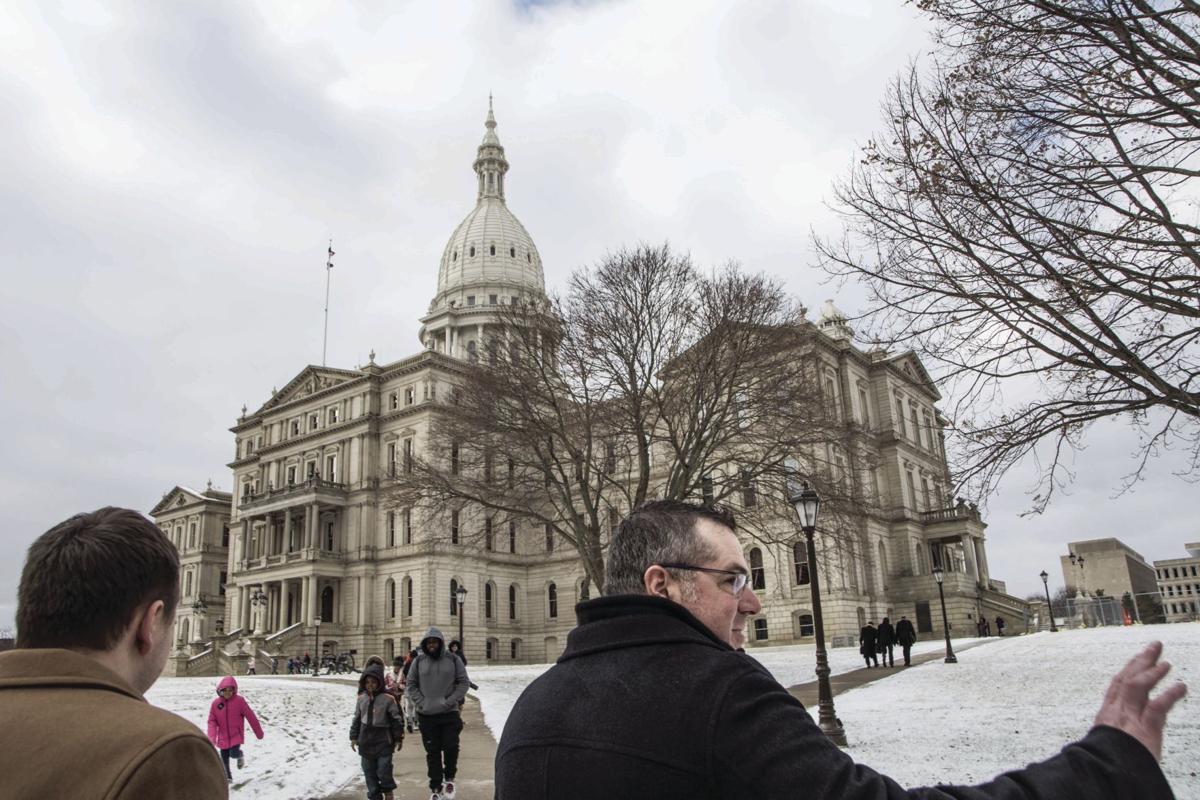 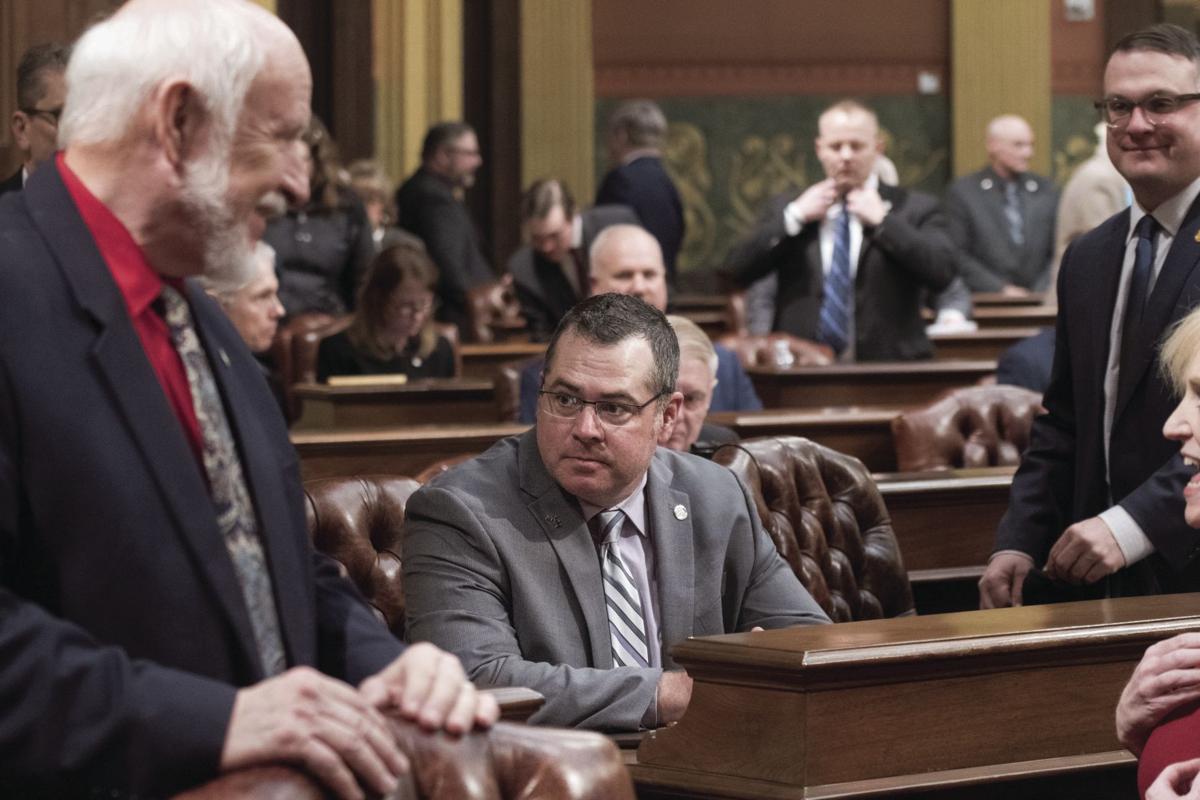 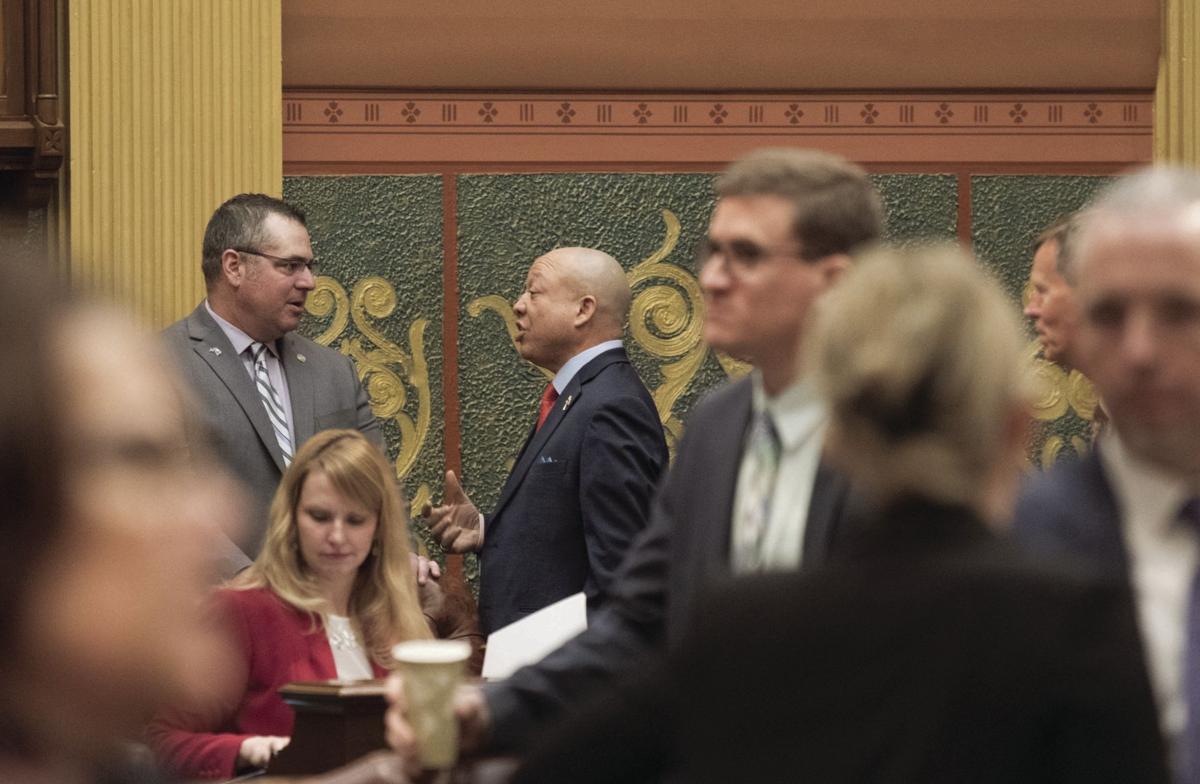 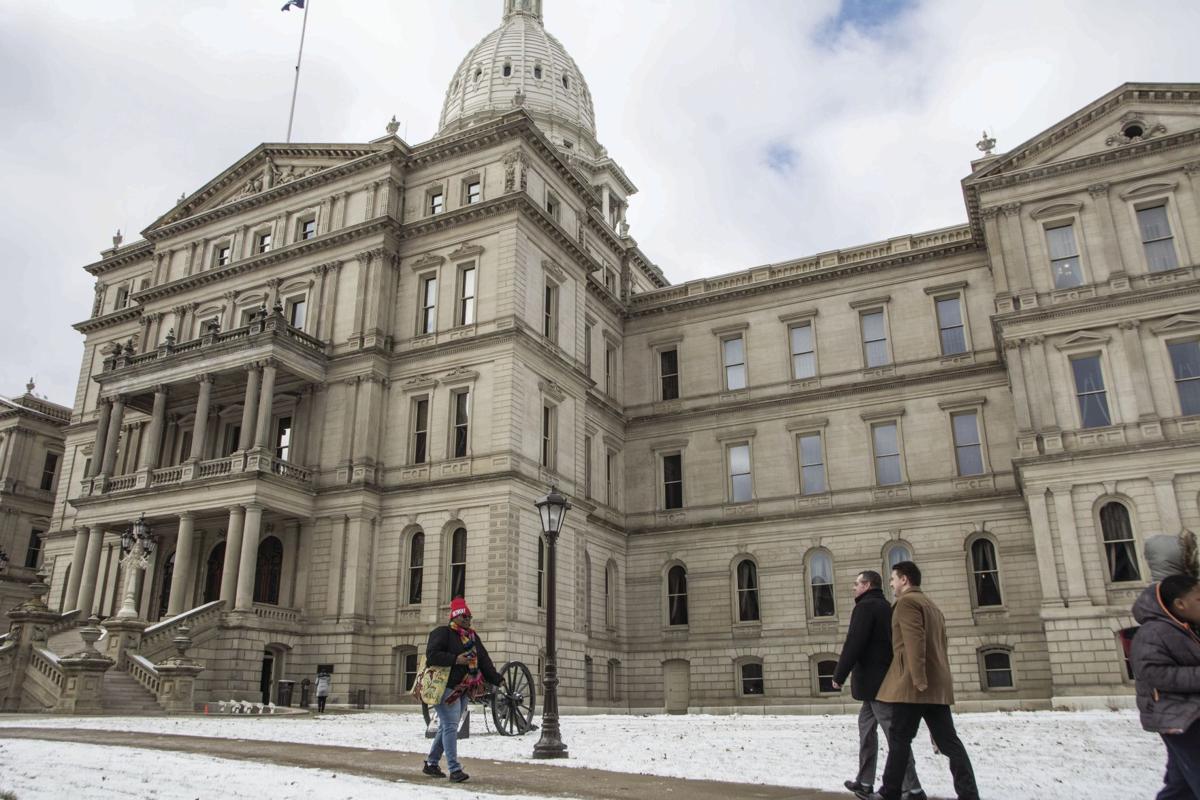 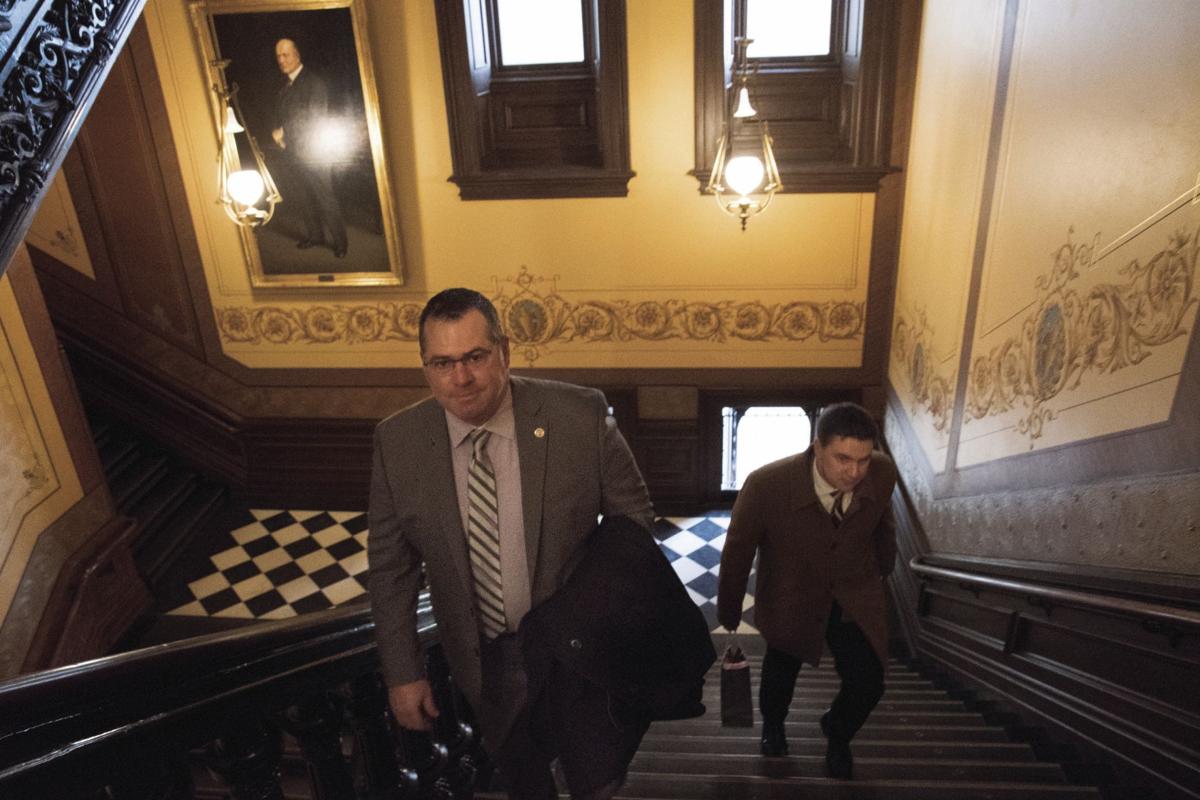 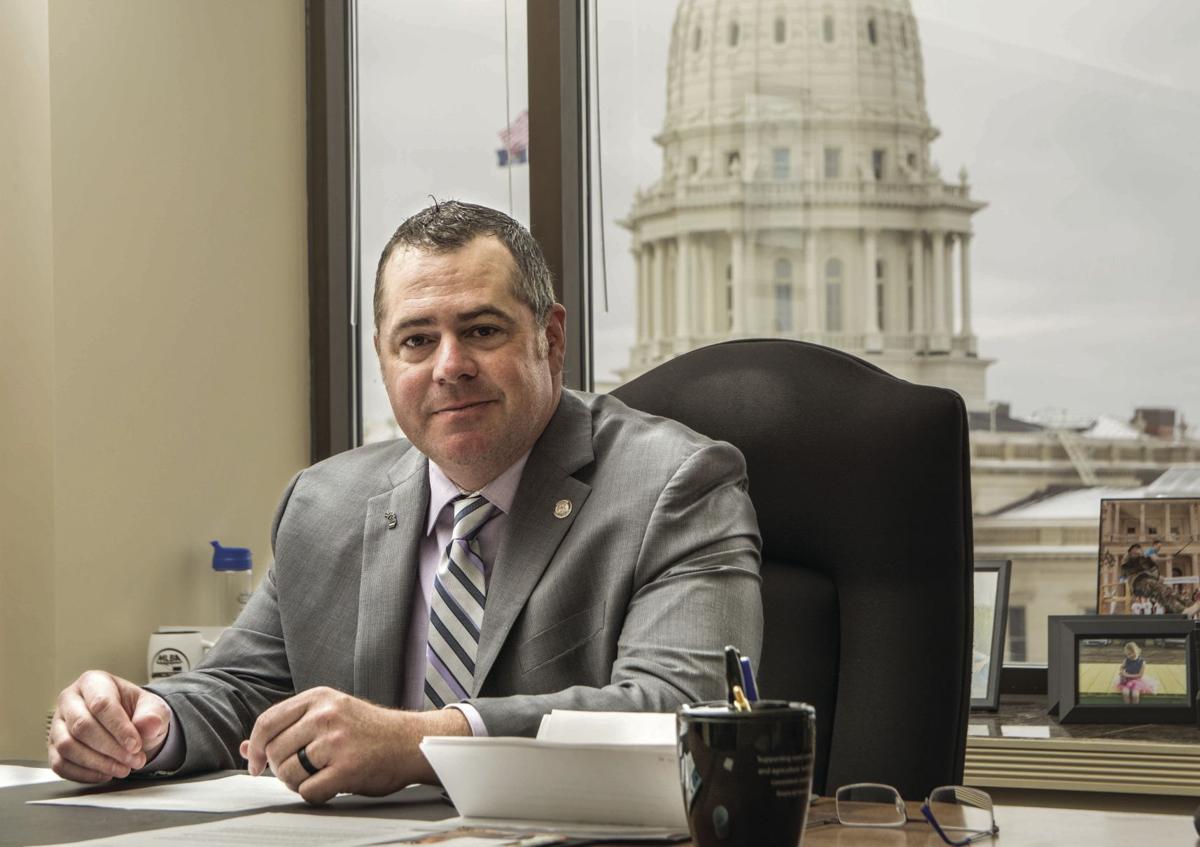 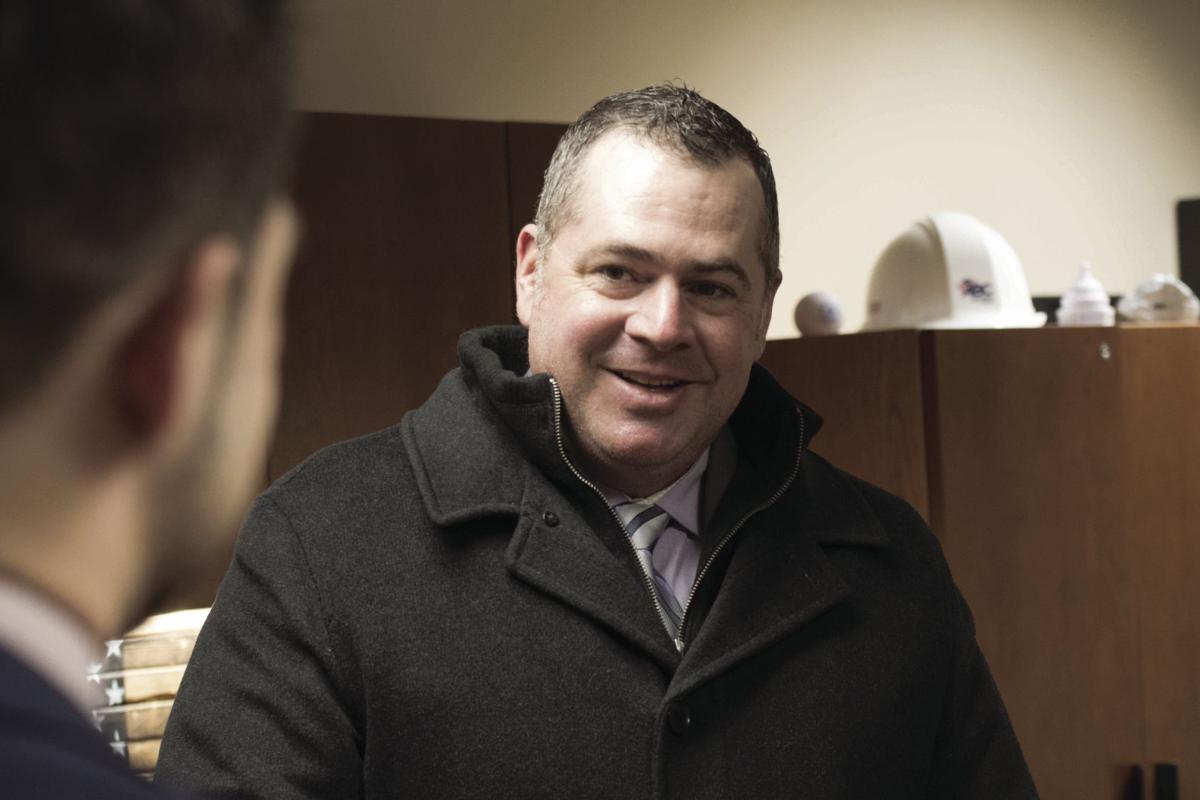 Rep. Mike Mueller (R-Fenton Township) sits with a view of the Capitol Building in downtown Lansing on Wednesday, Jan. 8. He does take time to legislate, but constituent concerns come first.

Rep. Mike Mueller (R-Fenton Township) walks to seat as the House session is about to start.

Lansing — A little after noon on Wednesday, Jan. 8, Rep. Mike Mueller (R-Fenton Township) sat down for his first congressional session of the year, and his second full year in office for the 51st district house seat.

Muller’s constituents are in Argentine, Atlas, Fenton, Flushing and Gaines townships, and cities of Fenton and Linden.

That morning he battled the weather and traffic to drive from his family’s Fenton Township apple orchard to drop off his daughter and get to his office in Lansing on time.

Despite the regular drive to Lansing, Mueller said it’s easier on his blended family than being a deputy for the Livingston County Sheriff’s Office. He retired from law enforcement in November 2018.

Before the votes that day, Mueller chatted with other representatives, such as outgoing Rep. Sheldon Neeley (D-Flint). He said he sees bipartisanship at the state level.

“I share great relationships with many members across the aisle, and seek their input on practically every piece of legislation I have introduced or plan to introduce,” Mueller said. Democrats approach him on issues such as law enforcement and criminal justice. “The best way to get things done here is by working together,” he said, adding that of course philosophical differences still exist.

He is the Vice Chairman of the House Military, Veterans, and Homeland Security Committee, and a member of the House Health Policy, Energy, and Agriculture Committees.

Mondays and Fridays are for meeting with constituents, attending local events and hosting coffee hours or town halls, or distributing informational flyers.

Tuesdays through Thursdays typically begin with committee or in-office meetings to discuss legislation with staff, stakeholder groups, and/or departments, whether it is his bill or a bill he’s sponsoring or will soon vote on. “I typically have anywhere from three to six meetings by noon,” he said.

After meetings, he attends sessions to vote on bills, which takes up the afternoon. After that, he’ll have more staff discussions on the day and upcoming work.

You’ve been in office for one year — what’s the biggest thing you’ve learned so far?

Things take time to get done, and legislation has a wider effect on people than what’s seen on the surface. I’ve learned that it’s best to stay patient and be deliberate.

Being appointed to the Governor’s Task Force on Jail and Pretrial Incarceration. This was a tremendous honor given my law enforcement background. We are working on common sense criminal justice reform that protects individual’s rights and saves taxpayer dollars, all while keeping the community safe without limiting law enforcement’s ability to do their job.

To be honest, the lack of time. We are only in session three days a week and we have too many unnecessary breaks. This gets frustrating being on two-year terms, but I understand the logistical challenges for members that have to travel long distances to be in Lansing.

What is your goal for the next year?

I spent my first year putting together legislation that I believe will make a meaningful difference in my district and statewide. It is my goal to pass these bills into law. I look forward to continuing my work on issues like mental health, human trafficking, roads, and criminal justice reform.

Where are the law treaty professor/ whistleblower law firm /law clinic/human right defender for these injustices?