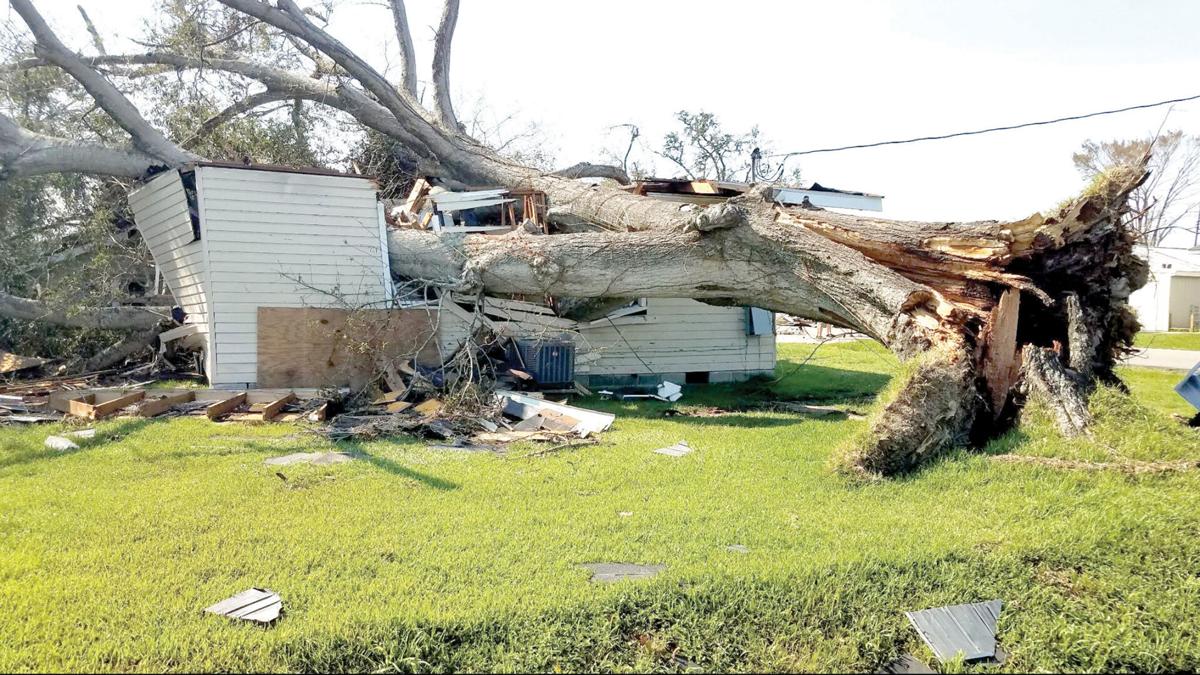 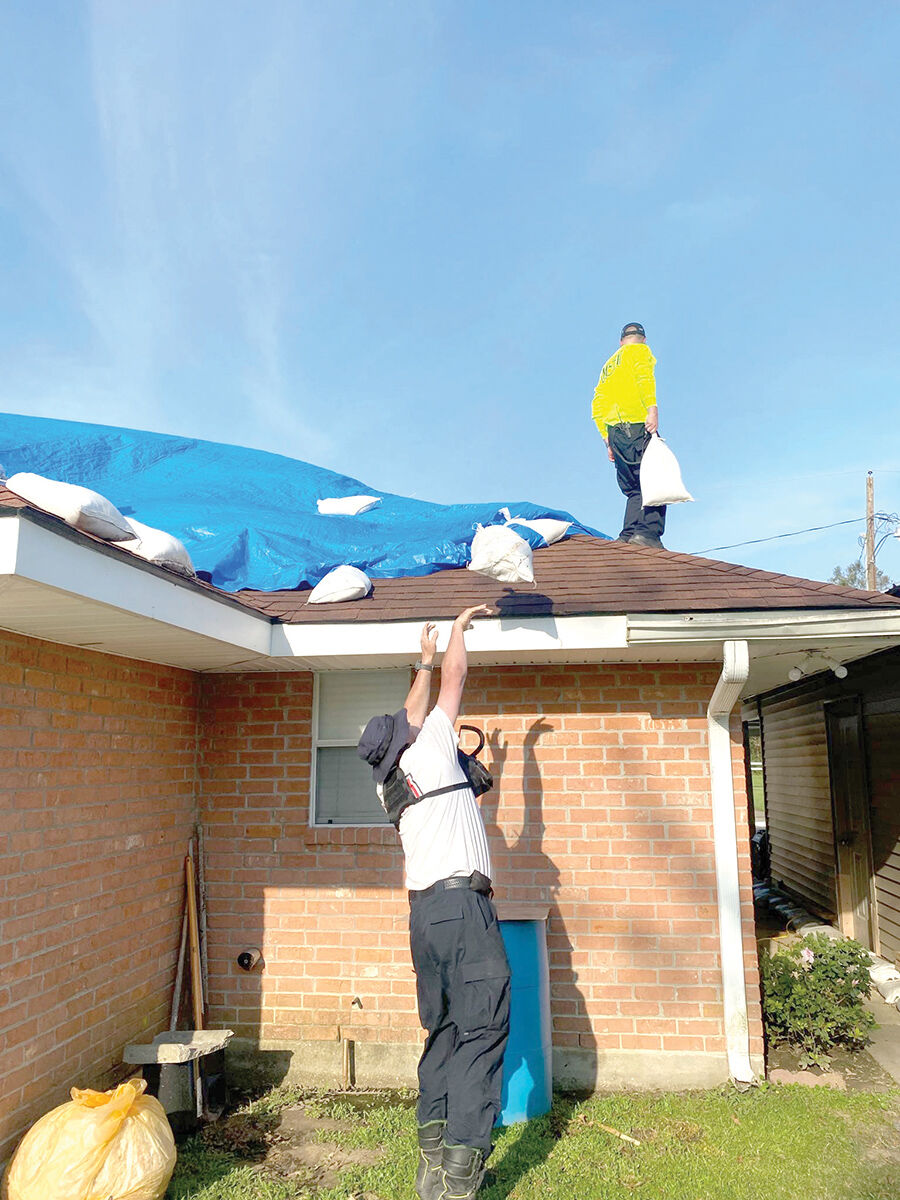 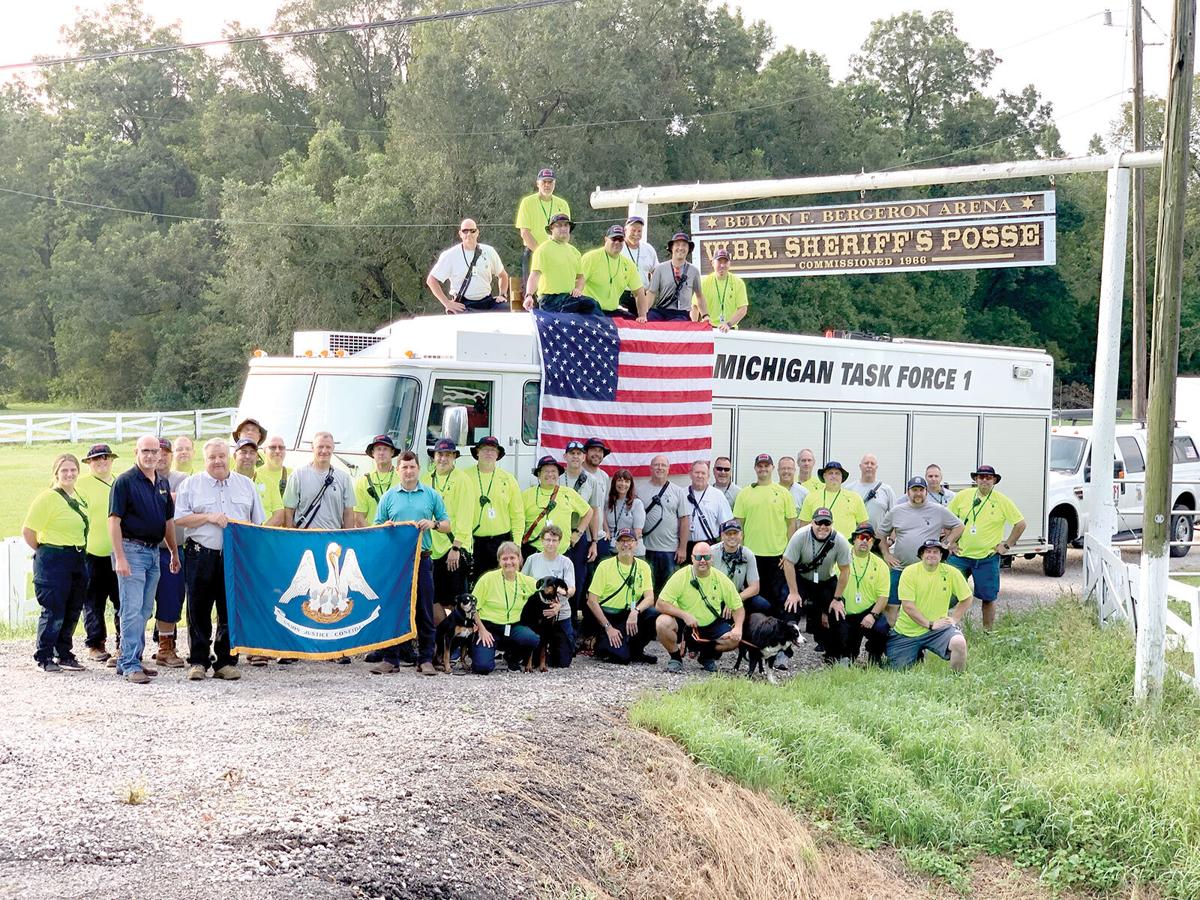 Two members of Michigan Task Force 1, who also are members of the North Oakland County Fire Authority (NOCFA), left at 5 a.m., Monday, Aug. 30 to drive to hurricane-ravaged Louisiana. They have since returned home.

Hurricane Ida made landfall Sunday, Aug. 29 as one of the most powerful storms to hit the U.S. The Category 4 storm knocked out power to all of New Orleans, blowing roofs off buildings and reversing the flow of the Mississippi River as it rushed from the Louisiana coast, according to apnews.com. The subsequent storm traveled up the east coast.

Back home after his eight-day trip, Seal said the time away was comprised of long days and short nights. When his group arrived in Louisiana, they set up their base of operation (BOO) in W. Baton Rouge, at a sheriff’s posse location. This was about two hours away from their forward operating base (FOB). Each day, the task force would get briefed and commanders would go over their missions for the day.

The group spent most of their time in St. James Parish. Seal said the conditions were pure devastation. Road after road there was “total destruction.” He said it like a recording playing over and over again.

Not only did the task force members deal with devastating conditions from the hurricane, they coped with a heat index between 102 and 104 degrees every day, as well as taking precautions for COVID.

“The humidity was worse than anything I have ever felt in Michigan,” Seal said.

Seal and Lehto’s squads went out doing primary and secondary searches of the areas and damage assessments. There were a total of eight squads and each included a technical search specialist, a rescue specialist, a hazmat special, a medic specialist and a squad leader.

In total, the group traveled more than 3,000 miles during their trip, assessed more than 9,000 structures and had more than 800 reported human interactions and assists.

Task force teams are self-sufficient. “That is what we train to do for up to 14 days,” Seal said. “We bring everything with us, tents, cots, food …”

Looking back over the entire experience, Seal said, “Going to Louisiana was unlike any other experience in my 30 years in fire service.” He added that the experience gives them as a team a skill set to bring back to Michigan. ‘

“It’s a huge training experience and it will help us implement similar responses in Michigan for any natural disaster,” he said.

Seal said few people understand National Incident Management System (NIMS), and at this level there are few and far between that understand what’s involved. “You can’t put a value on that,” he said.

The MI-TF1 is a specialty search and rescue team comprised of several fire departments in southeastern Michigan. There are a total of 44 members in this task force. Task force members go through several classes learning technical rescue, water rescue, collapsed structure rescues, destruction rescues and more. They respond to disaster areas when called upon by the local authorities. MI-TF1 also responded to the east coast after Hurricane Dorian in 2019 and to Midland in 2020 when the Edenville Dam failed.