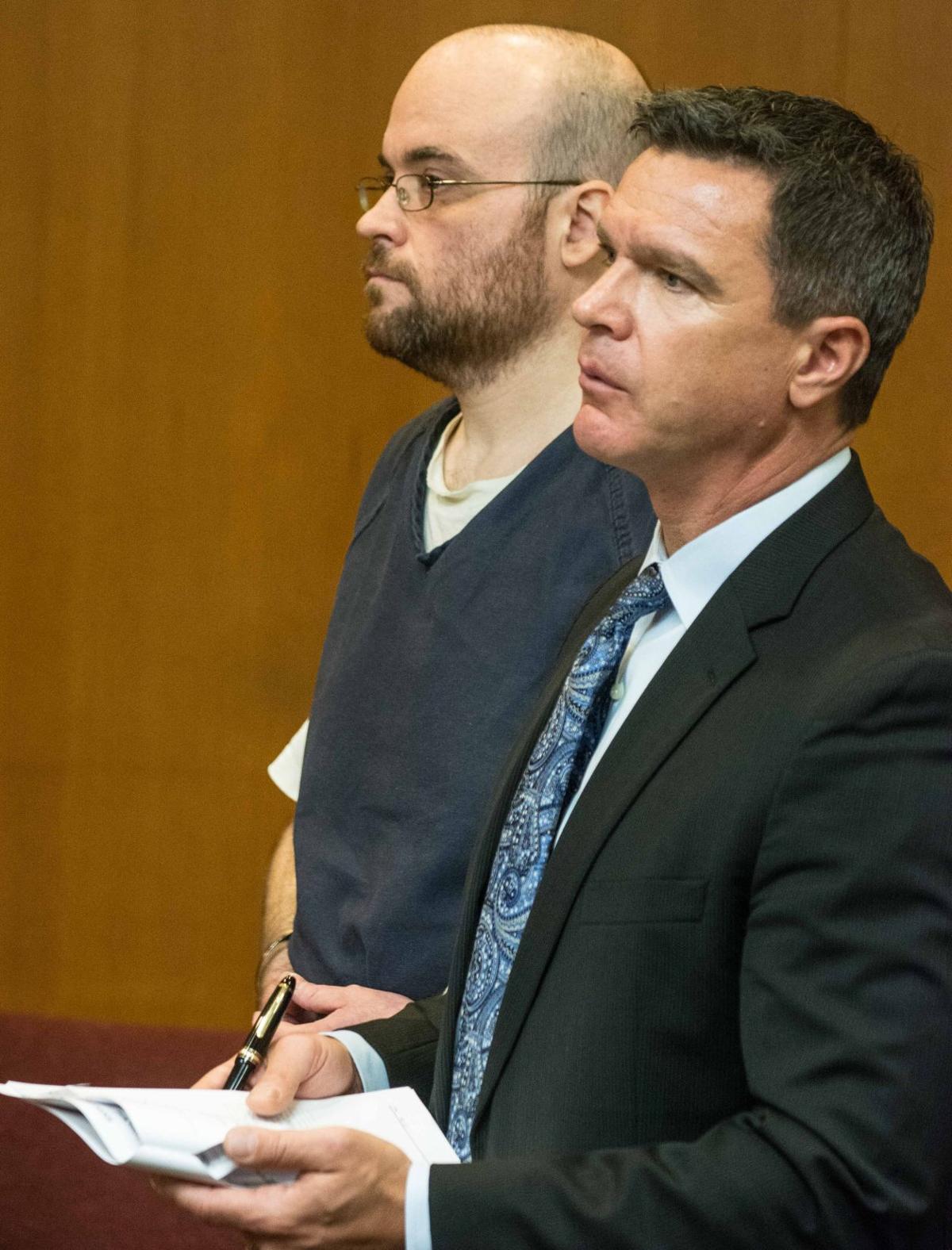 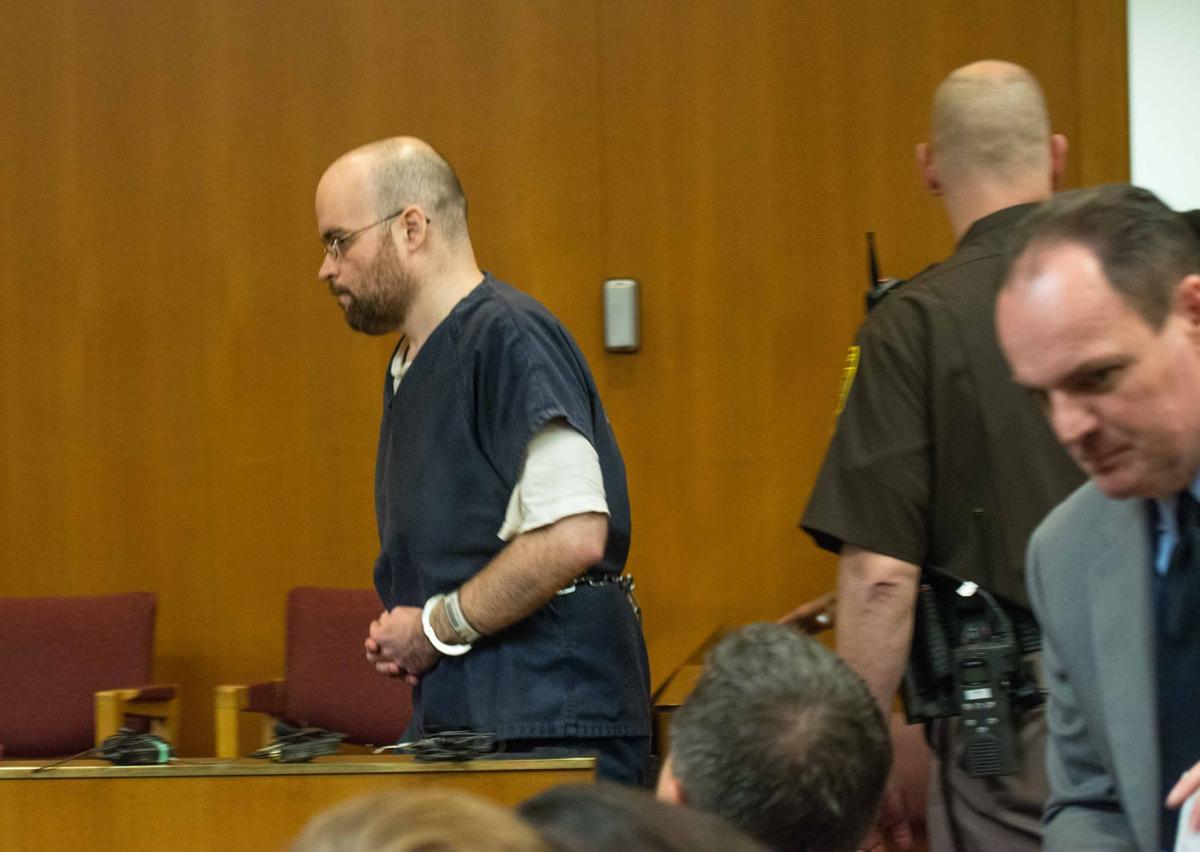 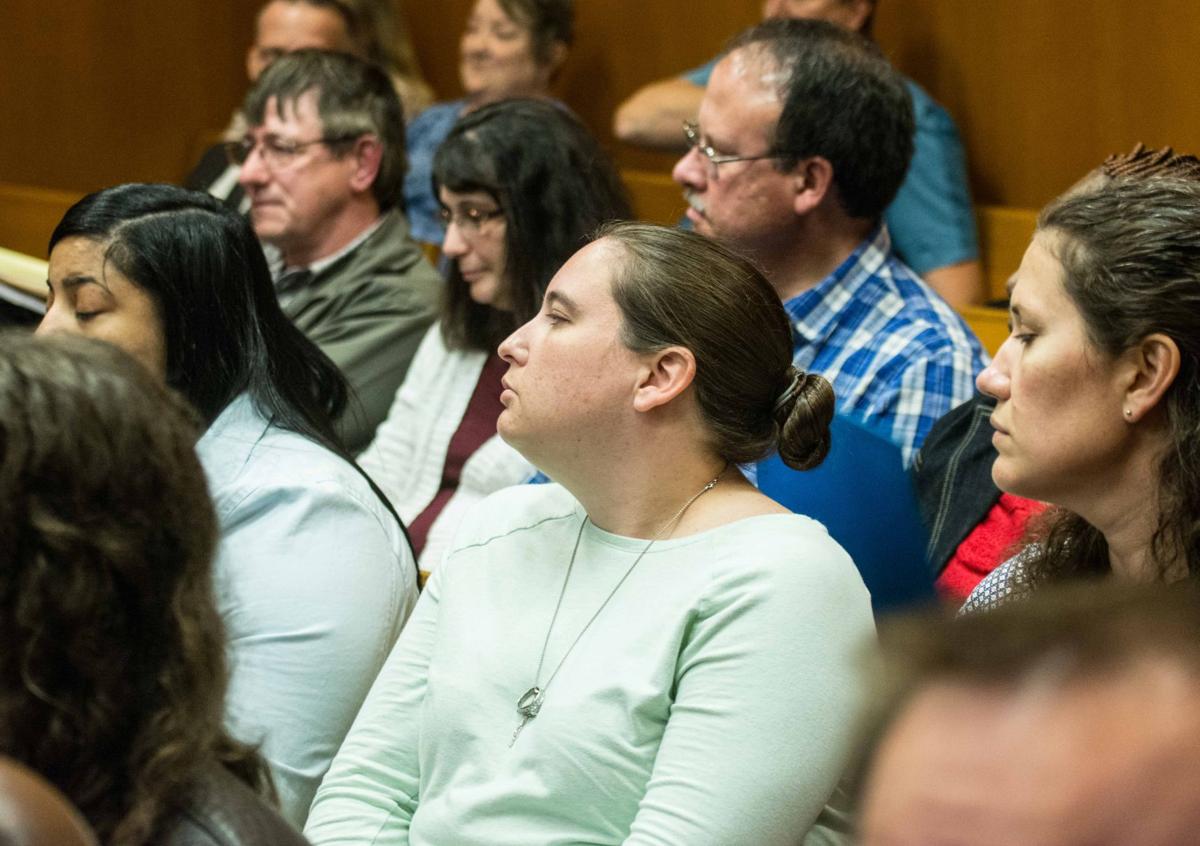 Ashleigh LaJoice (center) listens as her husband, Michael LaJoice, receives his prison sentence for embezzling from his former credit union. He’ll be in prison for a minimum of 11 years. 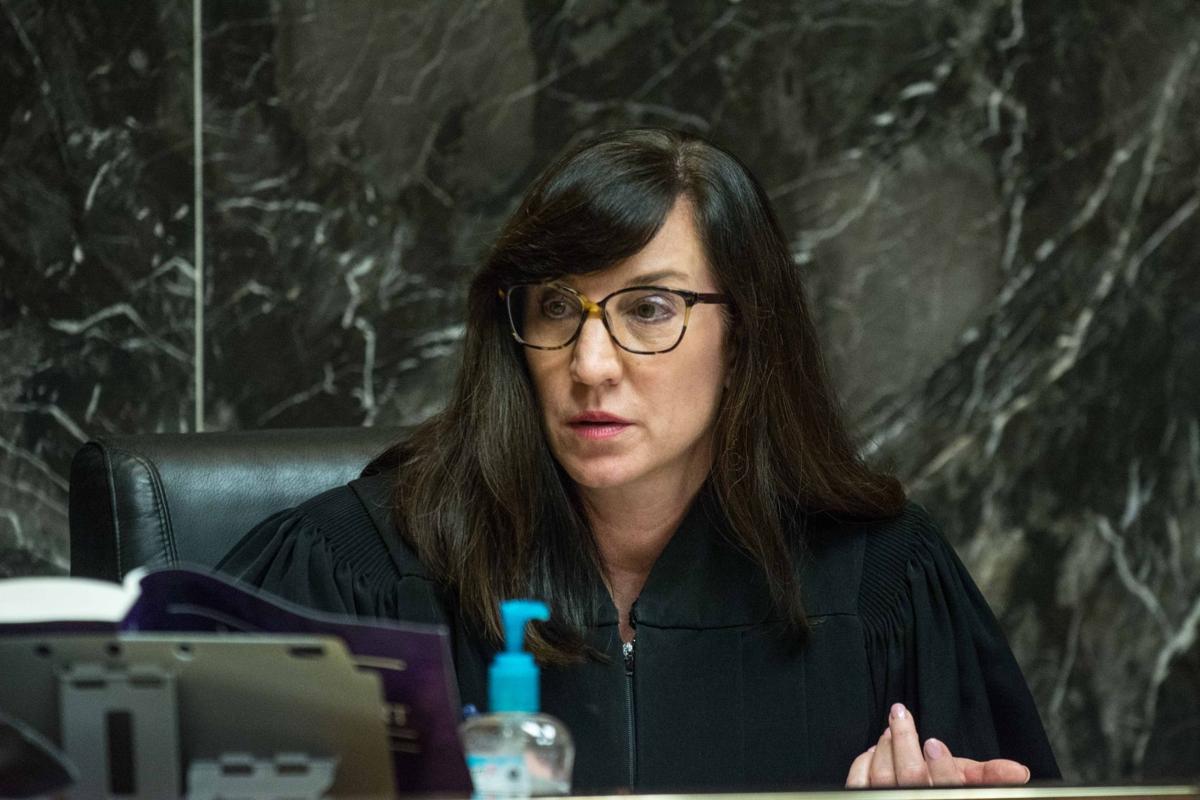 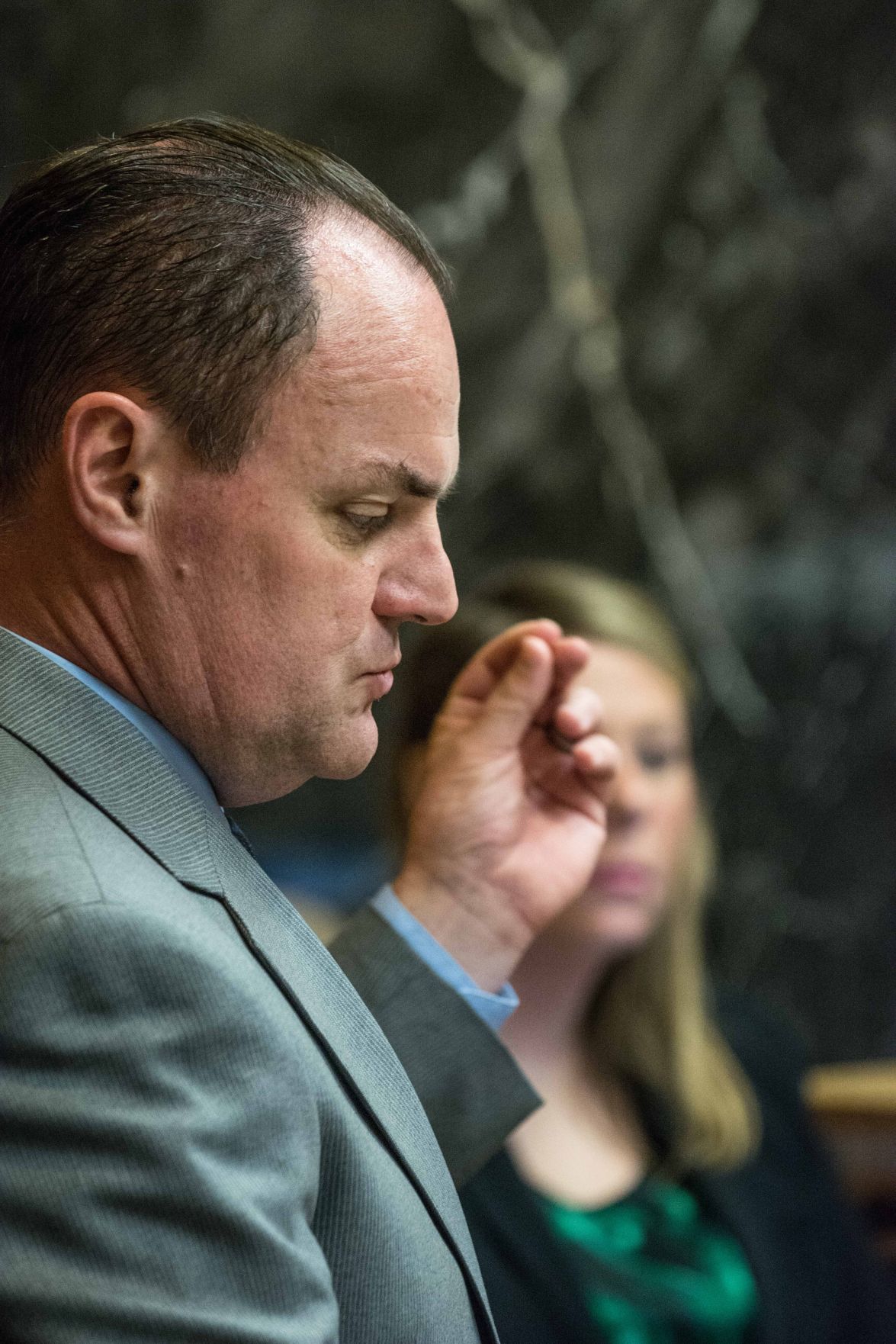 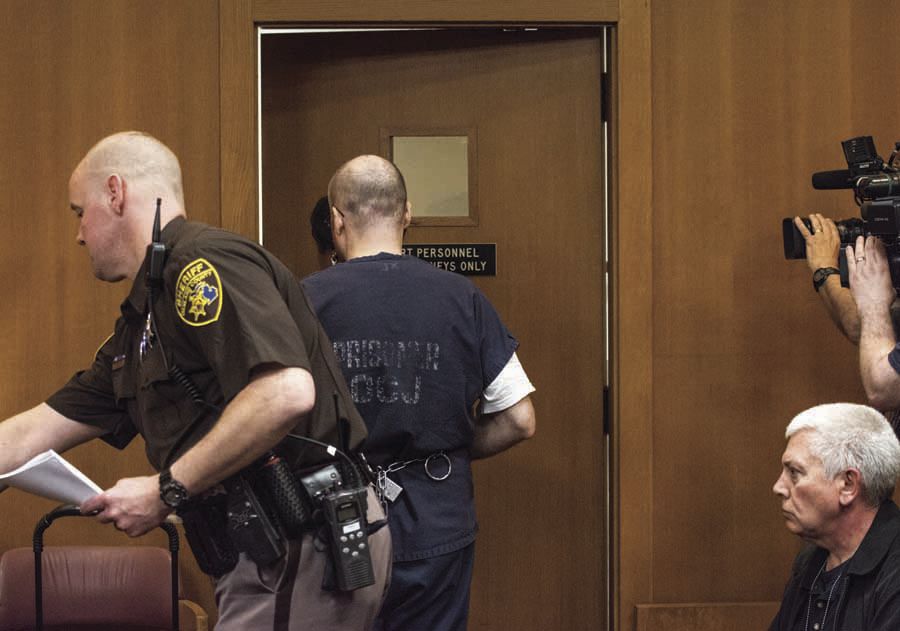 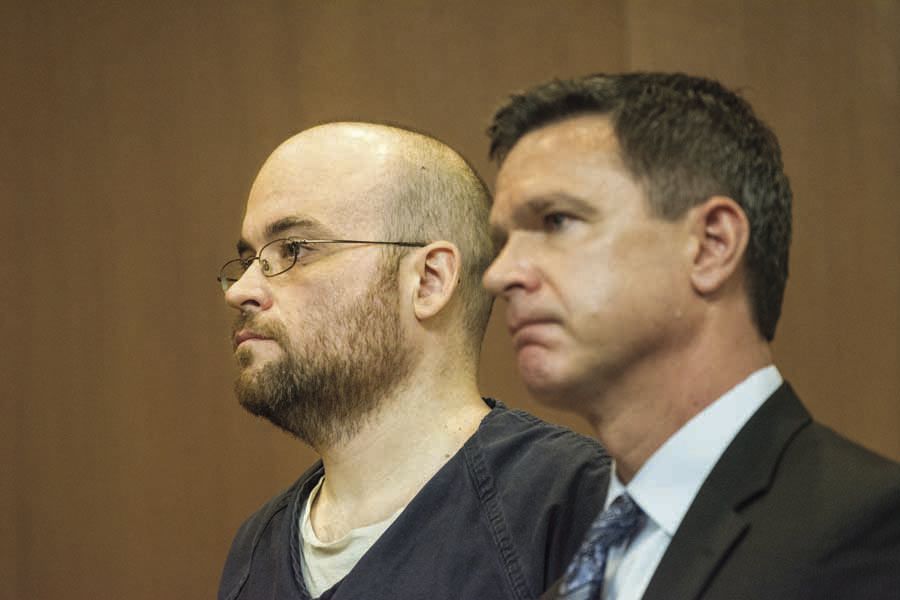 Michael LaJoice, 38, formerly of Tyrone Township, stands with attorney Michael Manley in Oakland County Circuit Court on Monday afternoon. LaJoice received his final sentencing for state charges of embezzlement. He will serve a minimum of 11 years for the federal charge of bank fraud and seven to 20 years concurrently for the state charges. 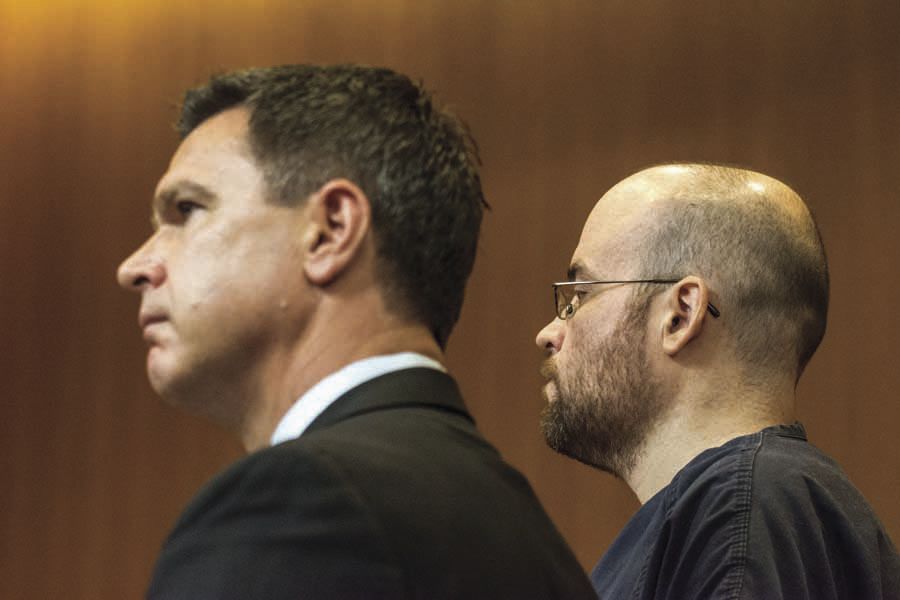 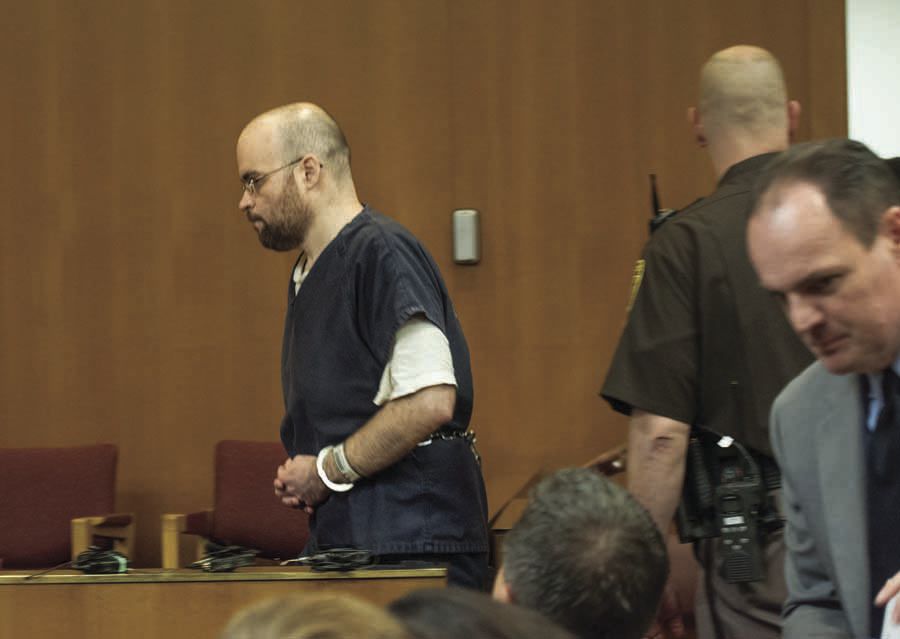 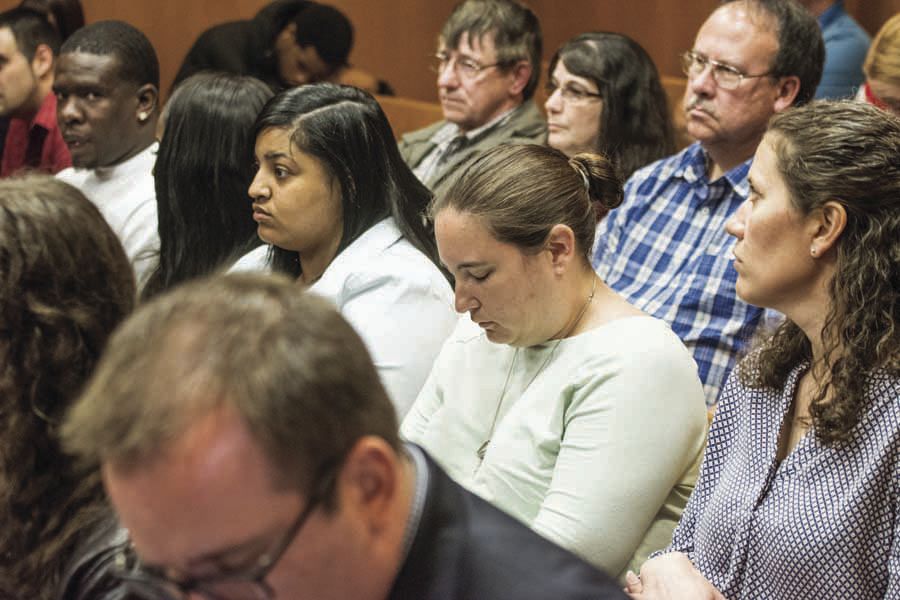 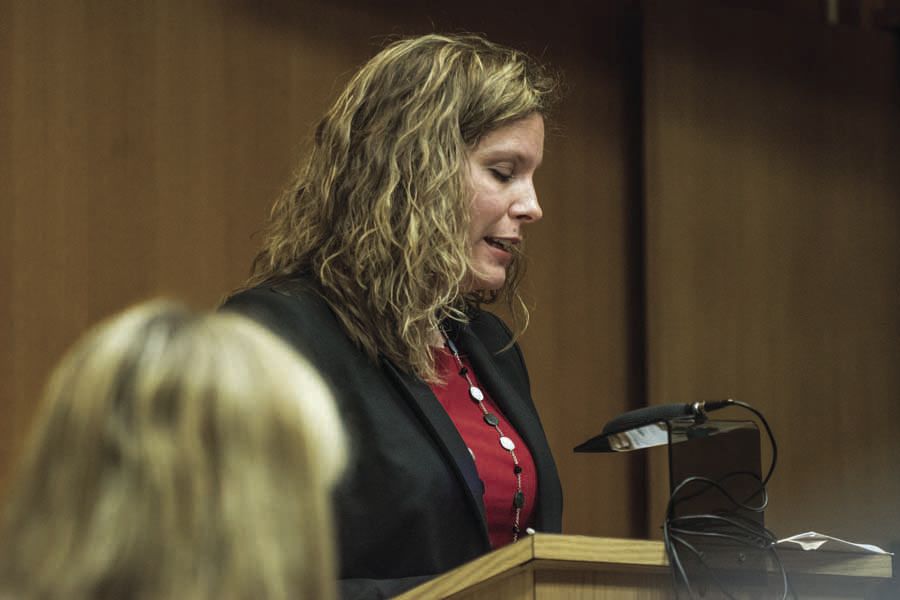 Ashleigh LaJoice (center) listens as her husband, Michael LaJoice, receives his prison sentence for embezzling from his former credit union. He’ll be in prison for a minimum of 11 years.

Michael LaJoice, 38, formerly of Tyrone Township, stands with attorney Michael Manley in Oakland County Circuit Court on Monday afternoon. LaJoice received his final sentencing for state charges of embezzlement. He will serve a minimum of 11 years for the federal charge of bank fraud and seven to 20 years concurrently for the state charges.

Pontiac — Along with an 11-year federal sentence, Michael LaJoice, 38, formerly of Tyrone Township, will spend seven to 20 years in state prison on embezzlement charges.

Oakland County Circuit Court Judge Cheryl Matthews delivered the sentence Monday, May 1, which will likely be LaJoice’s last court appearance. His wife, Ashleigh, was in the courtroom, watching the proceedings.

“I don’t think the guidelines contemplate such a long-term embezzlement scheme in this large amount of money. Your brazen, greedy, outrageous conduct truly shocks the conscience,” Matthews said.

The 20-year maximum is more than double Michigan’s guidelines.

LaJoice’s defense attorney Michael Manley asked Matthews to follow their Cobb’s agreement, which is an agreement that allows someone to plead guilty in criminal cases with some idea of what the sentence will be. The agreement included the 20-year maximum sentence.

“I do think it’s important for the public to know that this is not a sentence that is lenient,” he said.

LaJoice can be paroled after seven years in state court.

In federal court, sentences are determinate, which means that there’s no chance of parole. Because LaJoice was sentenced to 11 years, he will serve 11 years with credit for time served. However, prisoners receive “good time” in federal court, so they serve about 85 percent of their sentence and then they’re on supervised release for the rest.

Manley also requested that his client serve in the federal system to start. It has not yet been determined where he will serve his sentence. Manley has requested that he be sent to Morgantown, West Virginia for his federal sentence, but he may be going to state prison first. LaJoice will receive credit for time served and the sentences will run concurrent.

After the court proceedings, Manley said, “The saga of Michael LaJoice is finally over. We’ve handled two criminal cases, one in state, one in federal, two forfeiture cases, one in state, one in federal, and two civil cases so all the legalities of the embezzlement are finally over, which is, I think, a relief for not only Mr. LaJoice and his family, but the public as well.”

Manley said Mr. LaJoice is ready to stop moving from jail to jail and to start adjusting to prison life.

“He expressed great remorse at federal sentencing, and he elected not to make a statement today due to the fact that he’s already made a lengthy statement to the victims of the crime,” he said. LaJoice also made a written statement to the judge.

“His wife is adjusting with three children under the age of 7, knowing that her husband is going to be going away for a long time. On the other hand, he is not dead. At some point, he’s going to come back into our community and hopefully he’ll get a good job and have a nice life and pay back some of this restitution,” he said.

Over the course of 12 years, LaJoice embezzled $18.6 million. State charges don’t cover the entirety of his crimes, unlike federal charges. Novy said the total amount embezzled involved in circuit court charges is approximately $1.6 million. According to Manley, LaJoice has paid back $3.5 million in restitution in total so far.

“In the state case, restitution should be set at zero,” Novy said.

The now-insolvent Clarkston-Brandon Credit Union, which is where LaJoice embezzled from, merged with the Michigan State University Federal Credit Union.

Sara Dolan, chief financial officer said, “We think that it’s important for the court to recognize that the defendant single handedly caused a federally insured credit union to become insolvent and a potential liability to American taxpayers,” she said.

She said the credit union only had $6 million in capital but a negative $14 million in net worth due to LaJoice.

In federal court, LaJoice said he committed check fraud by addressing cashier checks out to himself, along with a few other methods. As chief financial officer (CFO), he was able to write large deposits, and then approve them with no oversight.

According to U.S. Attorney Barbara McQuade, to conceal the fraud, LaJoice created fictitious investments in certificates of deposit and bonds, and represented to auditors and bank examiners that the money he stole had in fact been invested in these vehicles.

According to the U.S. Attorney’s Office recommendation statement, on Jan. 5, 2016, LaJoice was confronted by regulators at the Michigan Department of Insurance and Financial Services about discrepancies in the credit union’s books. This prompted him to turn himself in the following day.

The properties that Skypoint Ventures has purchased include 225 W. Caroline St., the now-vacant lot where LaJoice planned to construct a multi-million dollar, mixed development called “Riverview.”

LaJoice been lodged in the Oakland County Jail since January 2016.