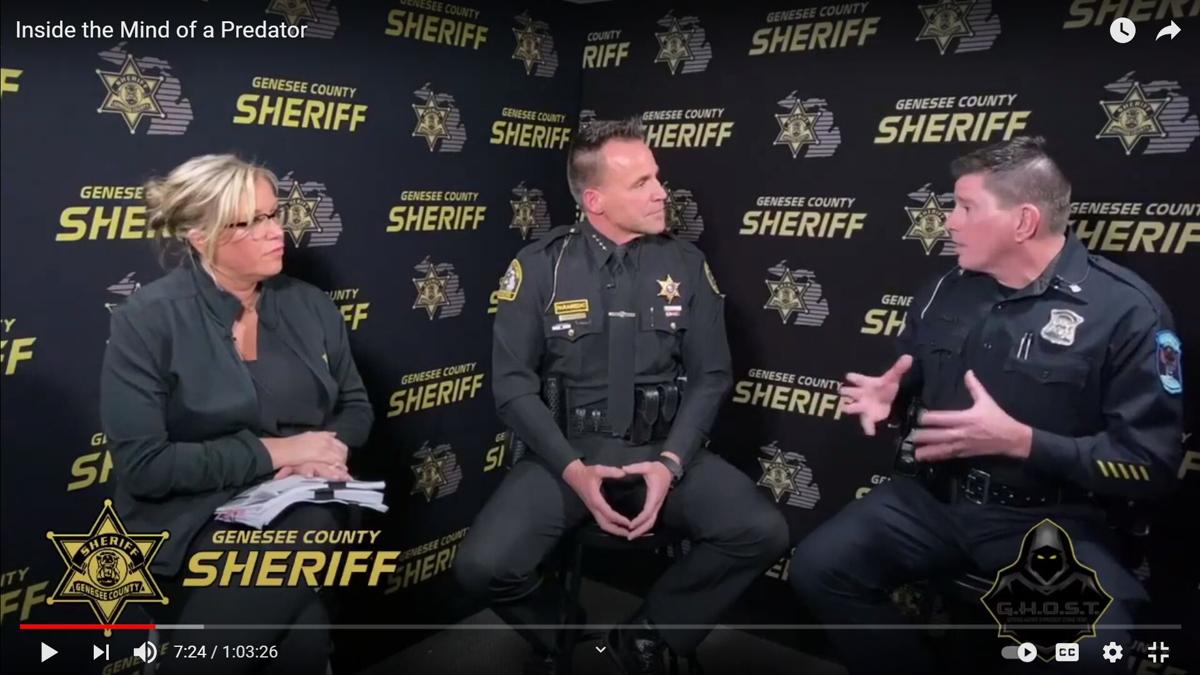 Genesee County Sheriff Chris Swanson (middle) is joined by Dave Dwyre, retired lieutenant from GCSO who now works for the Davison Township Police Department, and Dep. Tori Dallas, who works on GHOST (Genesee Human Oppression Strike Team) for the live stream “Inside the Mind of a Predator.” Submitted photo 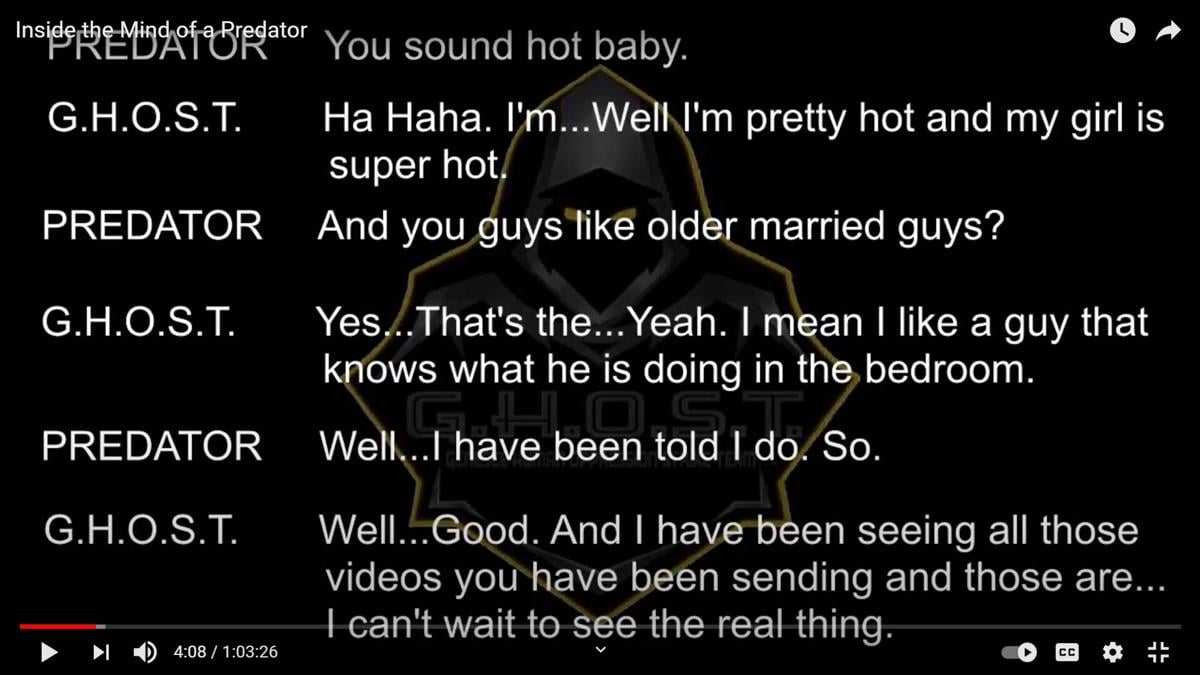 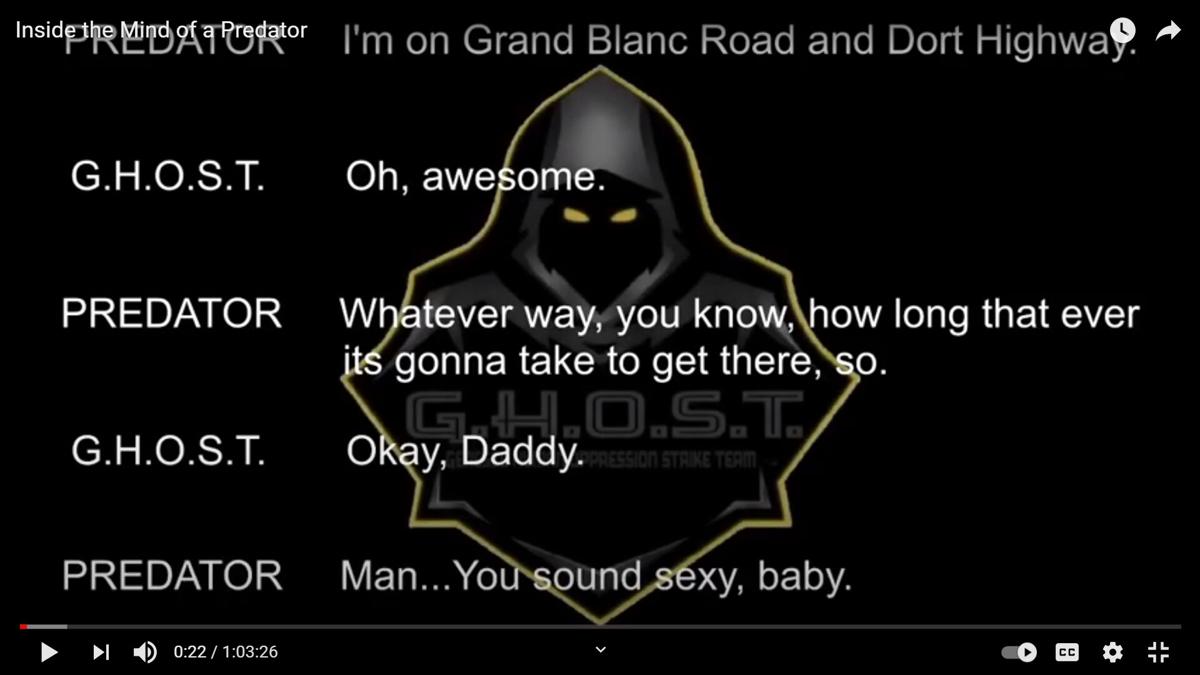 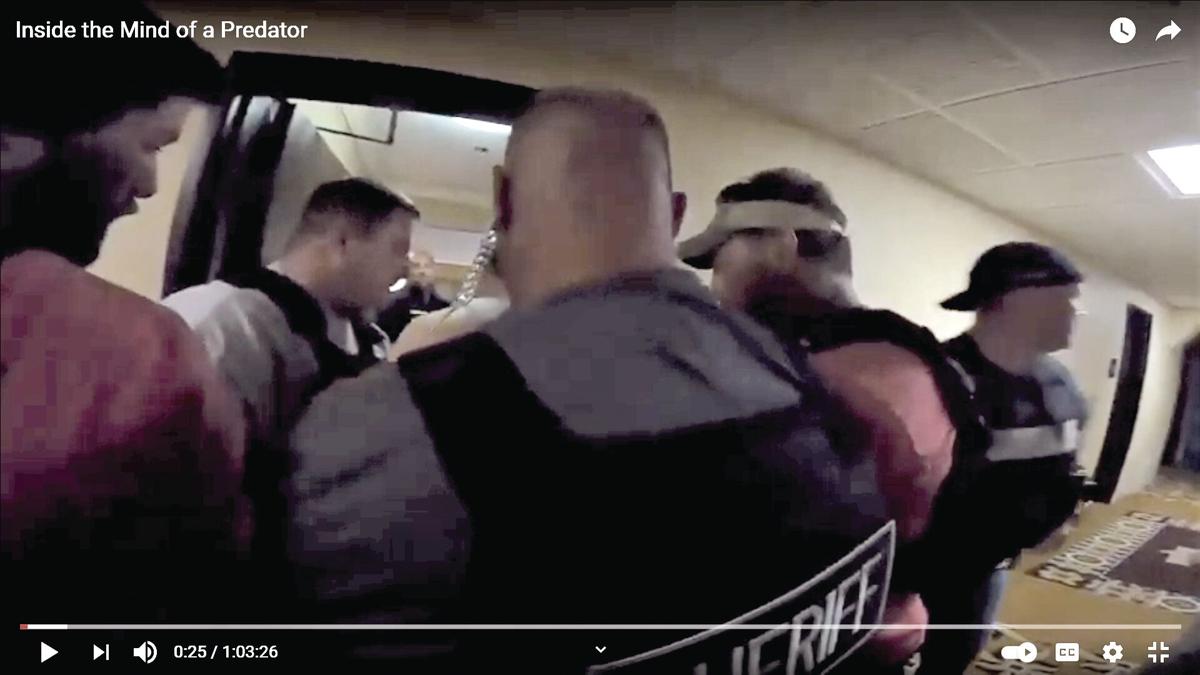 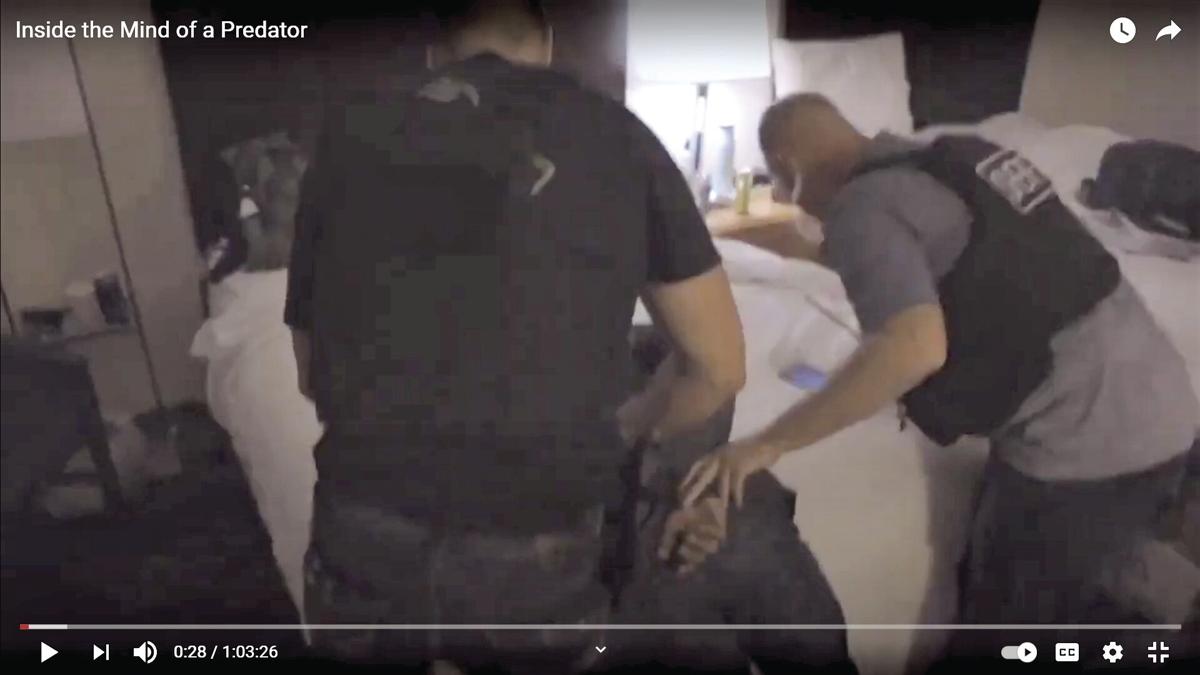 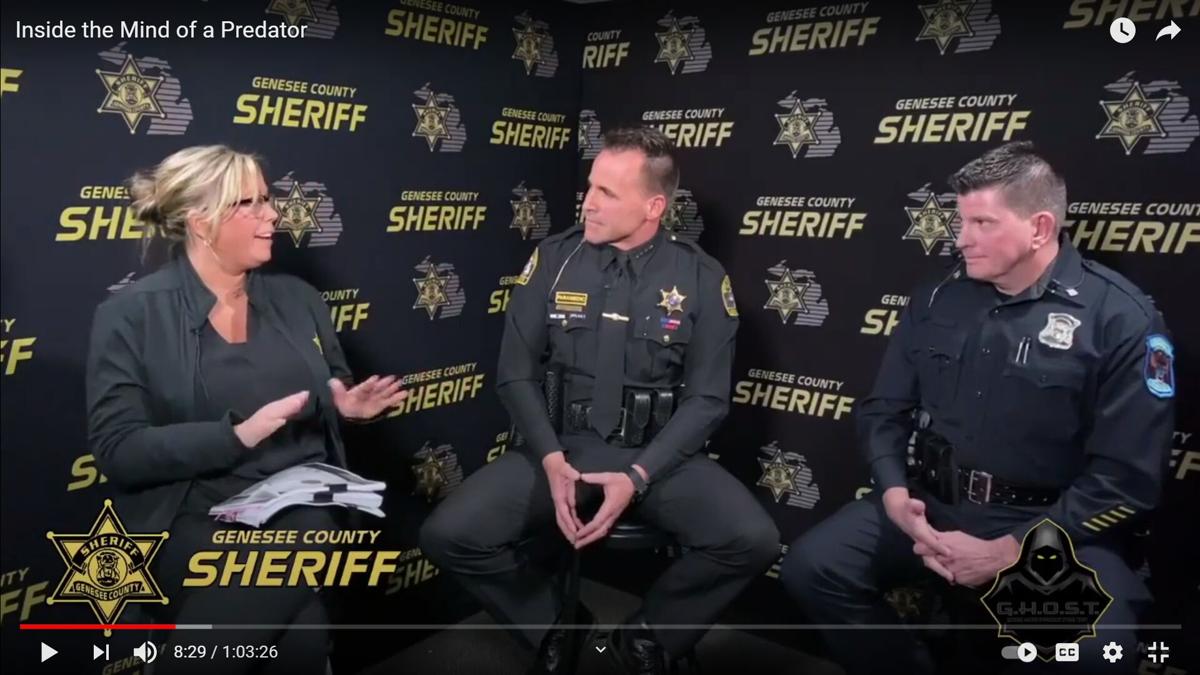 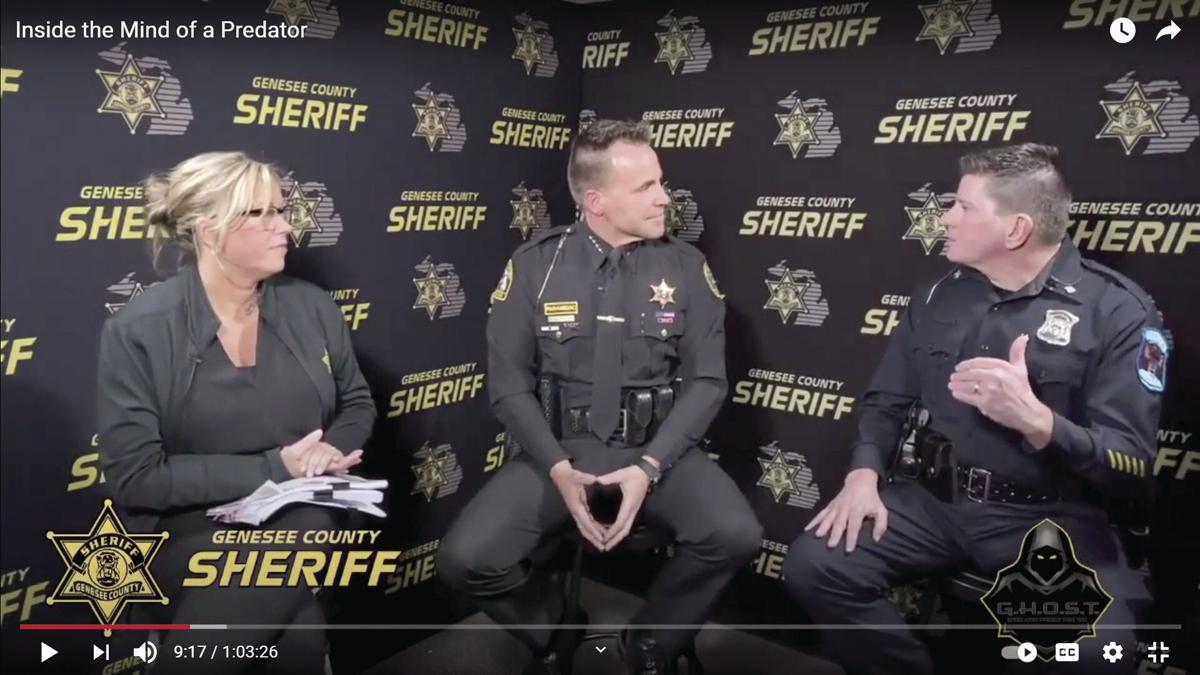 Genesee County Sheriff Chris Swanson (middle) is joined by Dave Dwyre, retired lieutenant from GCSO who now works for the Davison Township Police Department, and Dep. Tori Dallas, who works on GHOST (Genesee Human Oppression Strike Team) for the live stream “Inside the Mind of a Predator.” Submitted photo

This is Part II of a two-part series. Part I was published Sunday, Feb. 14.

Dwyre, who was the chief of investigations at the attorney general’s office and was in charge of the investigation into Michigan State University, interviewed Nassar.

“He is essentially the worst sexual predator that we’ve had in our lifetime in the state of Michigan,” Dwyre said. “He horrifically sexually assaulted so so many.”

Nassar was a narcissist, tried to control the room, and tried to minimize what he did by saying they were medical procedures.

“He’s justifying his sexual misconduct by creating a unique, only-he-can-do, medical procedure,” Dwyre said. Nassar was the same as the other predators except he had the ability to manipulate a large group of people through his position, and that he used hope to exploit people.

“Every one of those girls had dreams of being a Michigan State University gymnast, an Olympic gymnast. They had hope and he was a master at manipulating hope,” Dwyre said. “He did it for his own sexual gratification. And he’s where he belongs. Life in prison.”

Nassar was sentenced to 300 years in state prison and 60 years in federal prison.

Dwyre said one thing that can help young girls and other victims tell their parents if someone older sexually abuses them is mothers, aunts and older women being open about their own sexual assault experiences.

Dallas encouraged victims to seek therapy even if years have passed since the incident. She also said to teach kids that it’s okay to be rude to people who request inappropriate things from them.

“Stop telling your children ‘be nice, be polite,’” she said. “Everybody should have boundaries. Respect your child’s boundaries. If a child tells you ‘I don’t feel right,’ or ‘I don’t like being around this person,’ respect it. Listen to it.”

Swanson said they want these victims to feel like they have a voice. He encouraged people to listen to people around them, and to seek help if needed.

“Every day that predators aren’t held accountable, they win,” Swanson said. “That’s why we’re here. We’re here to give you a voice and to protect people.”