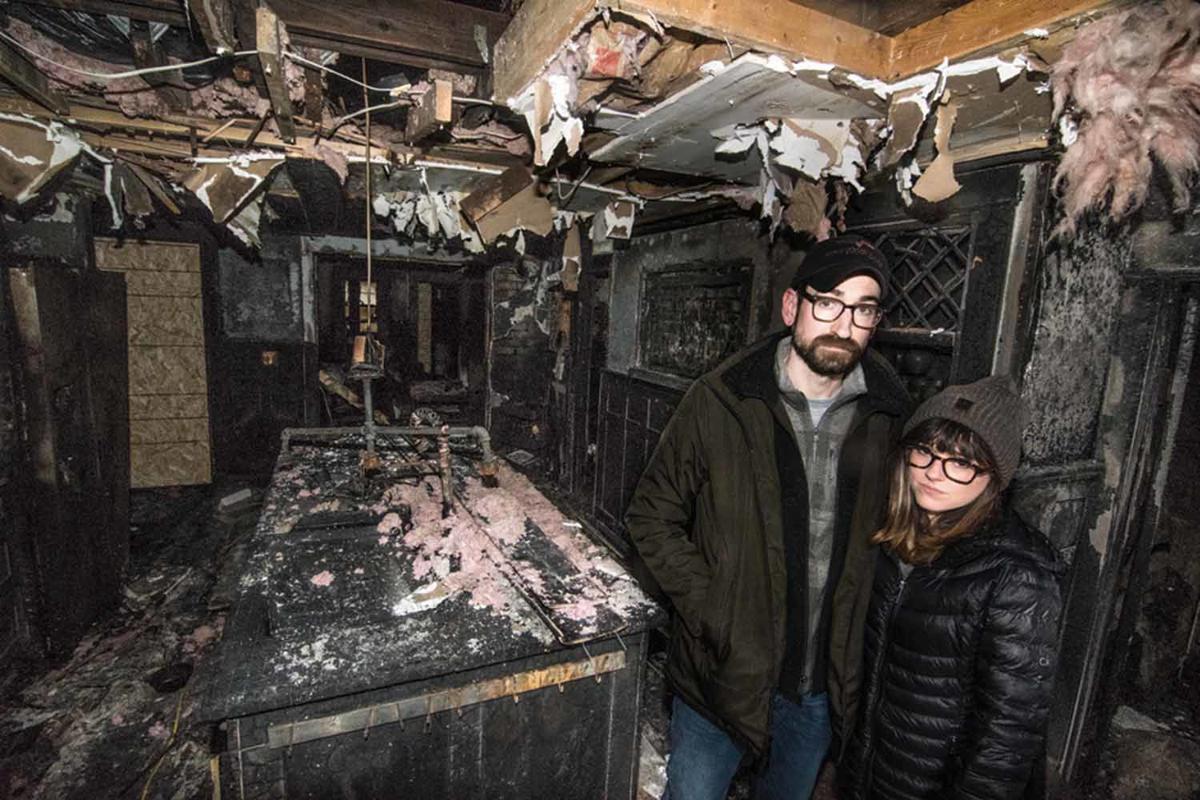 Matthew and Danielle Loiselle stand in their Linden home kitchen on Thursday, Oct. 31. They spent nine years renovating the 1926 home before it was damaged by a fire this fall. 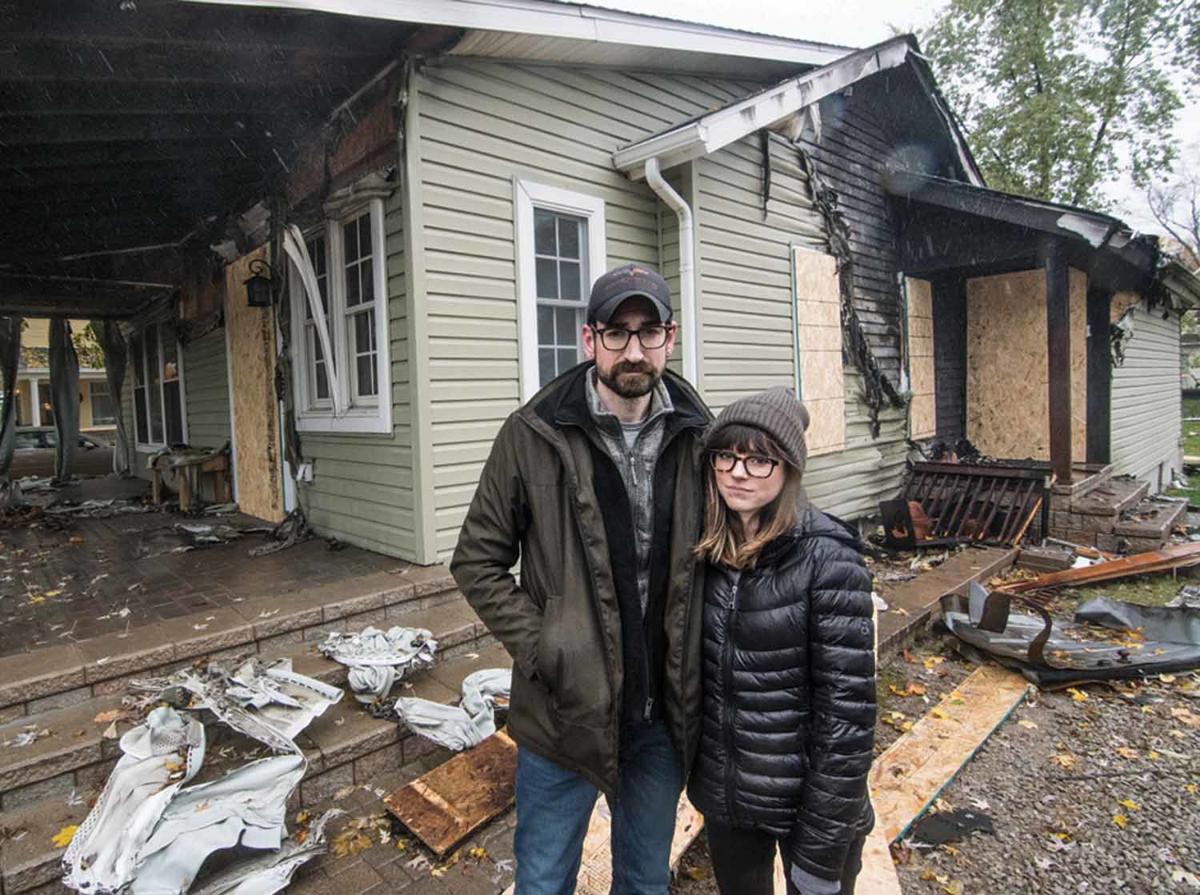 Matthew and Danielle Loiselle lost their home and two cats. They’d like to rebuild on site. 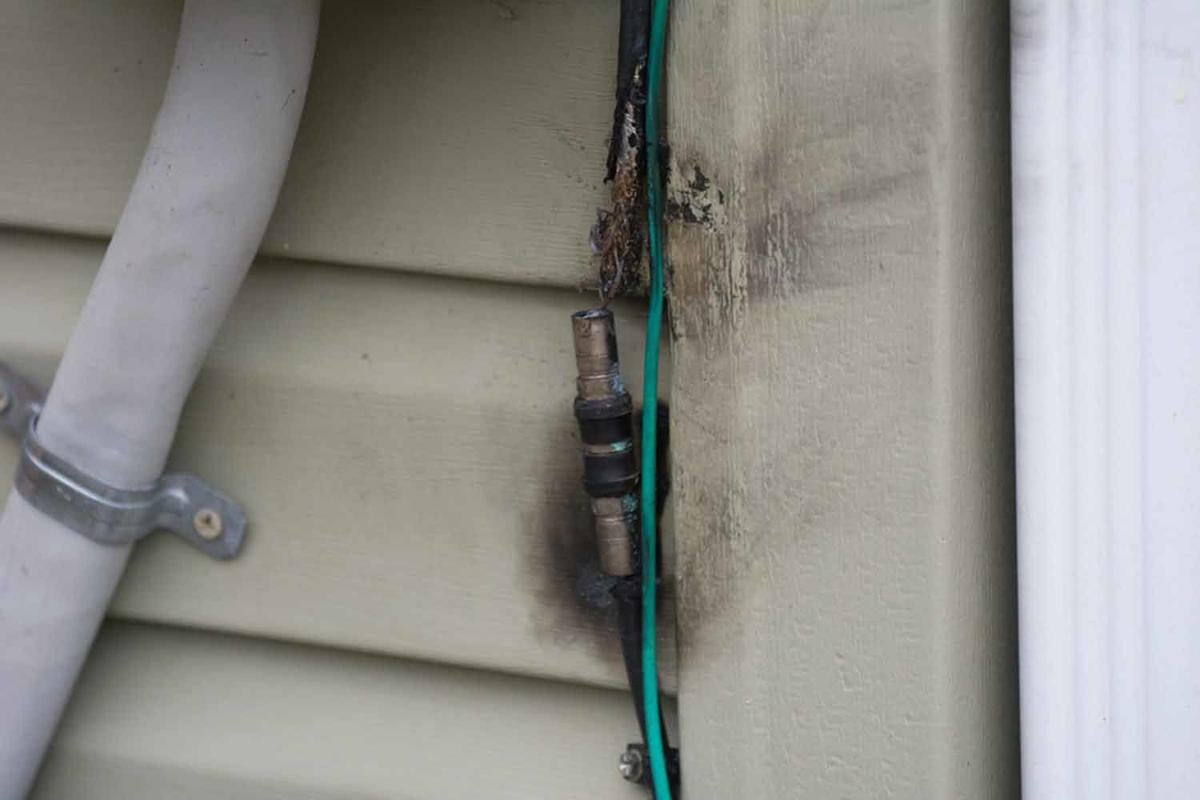 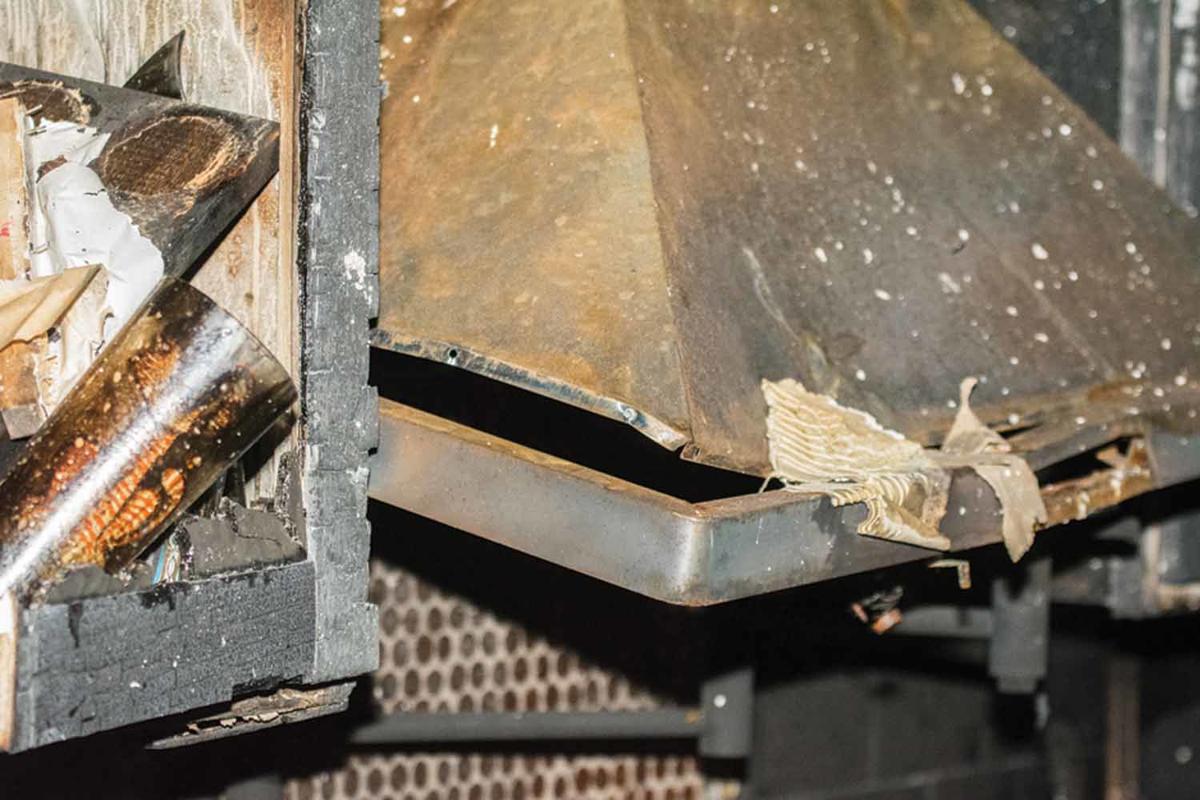 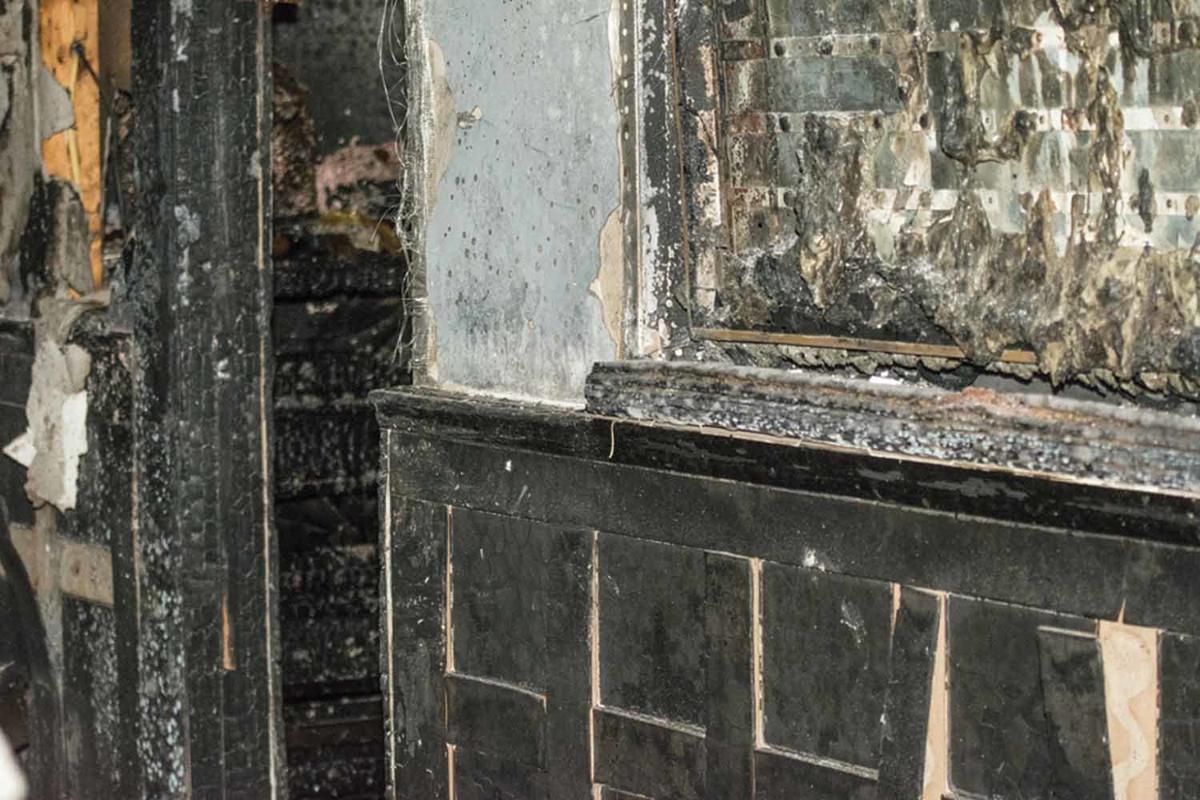 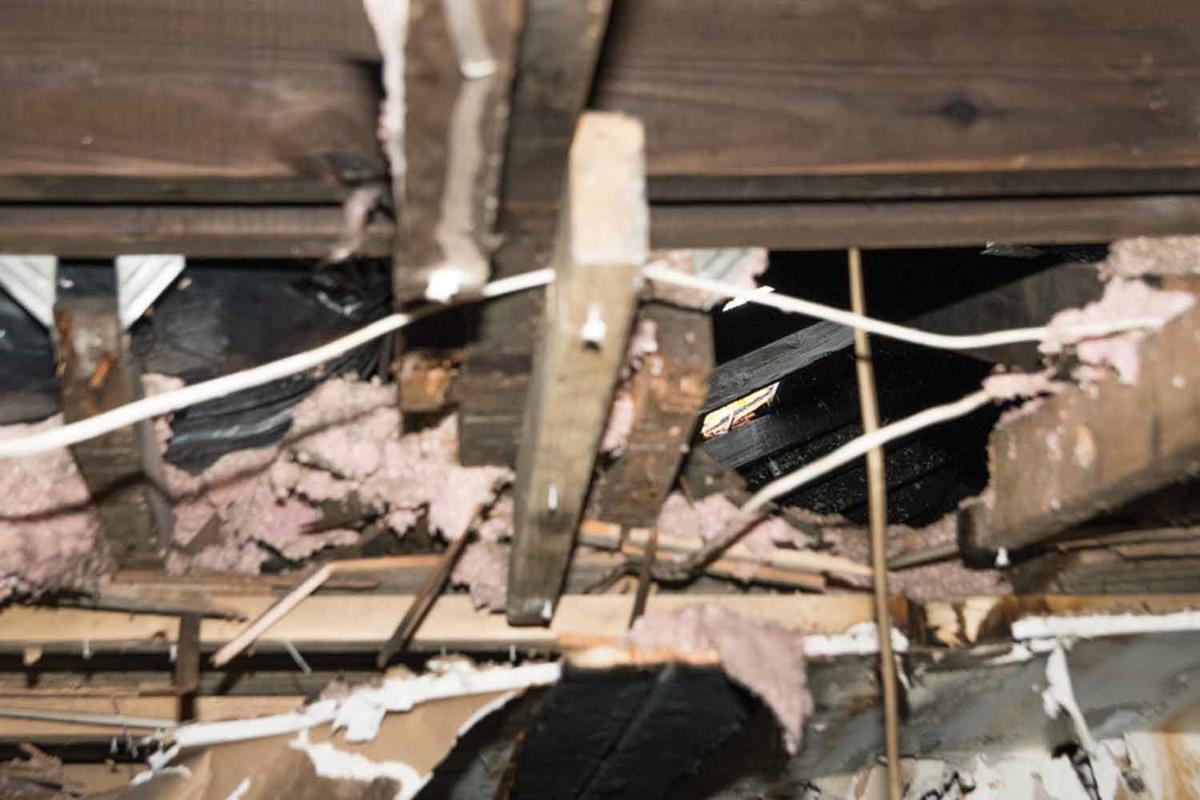 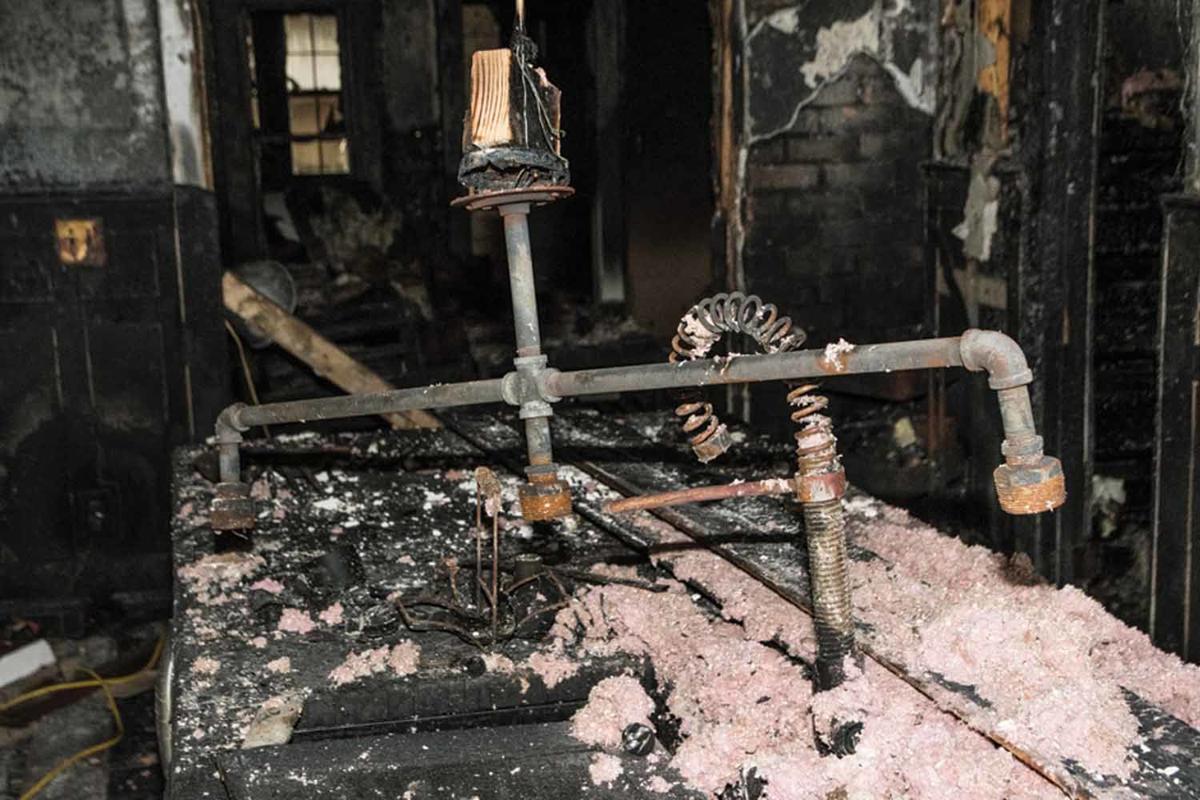 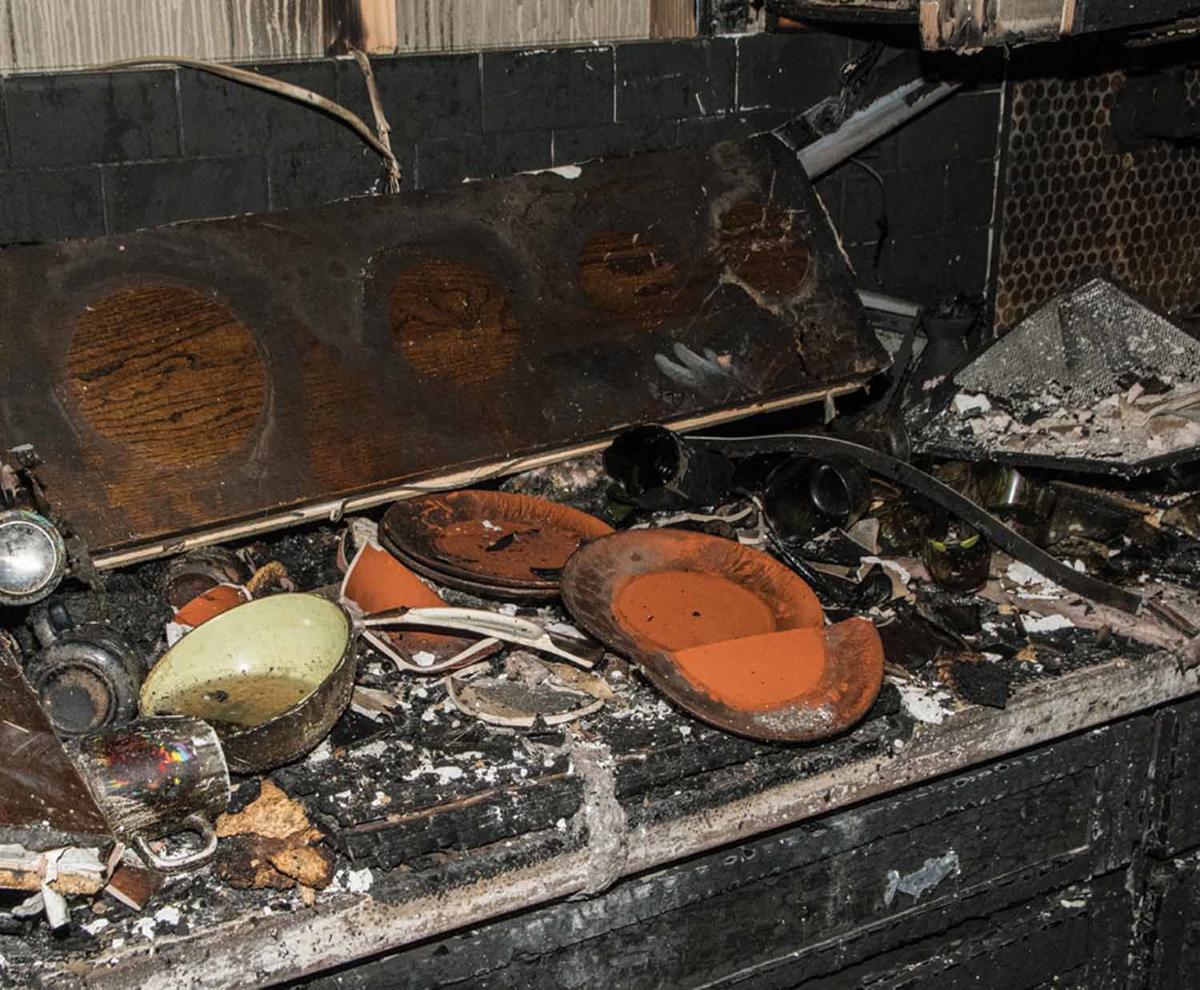 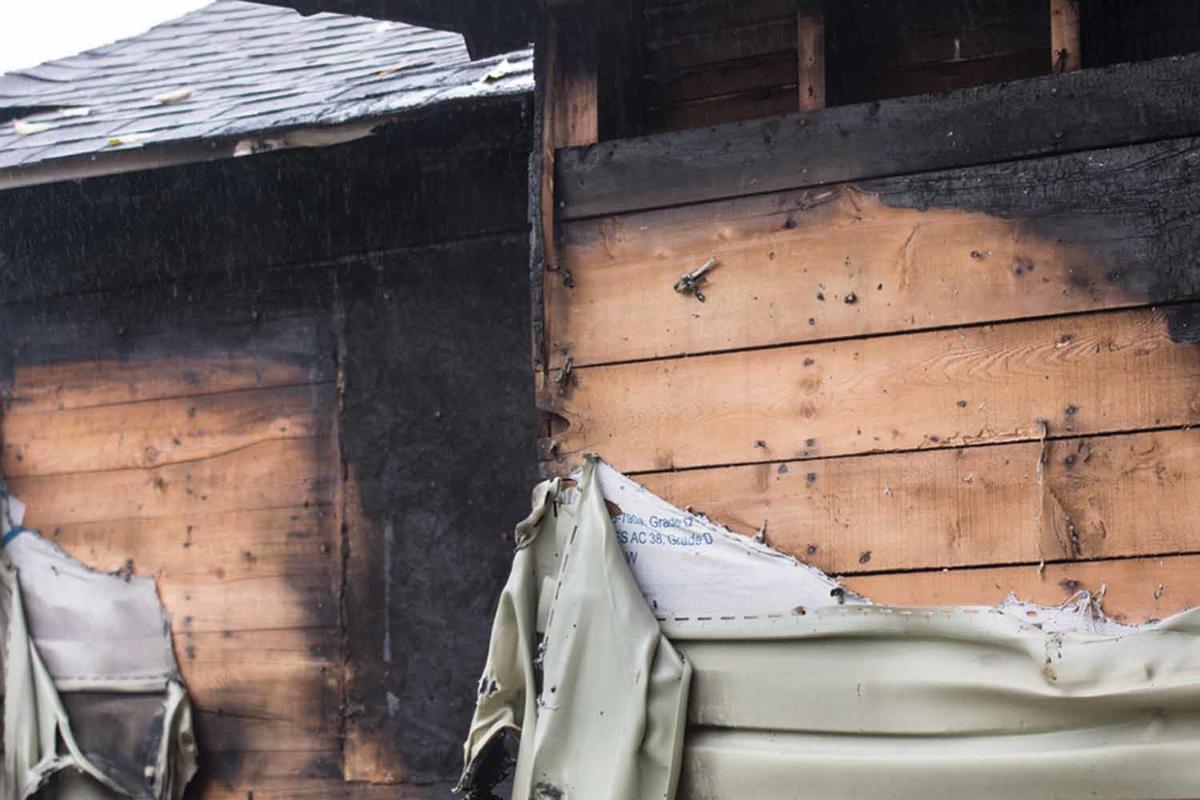 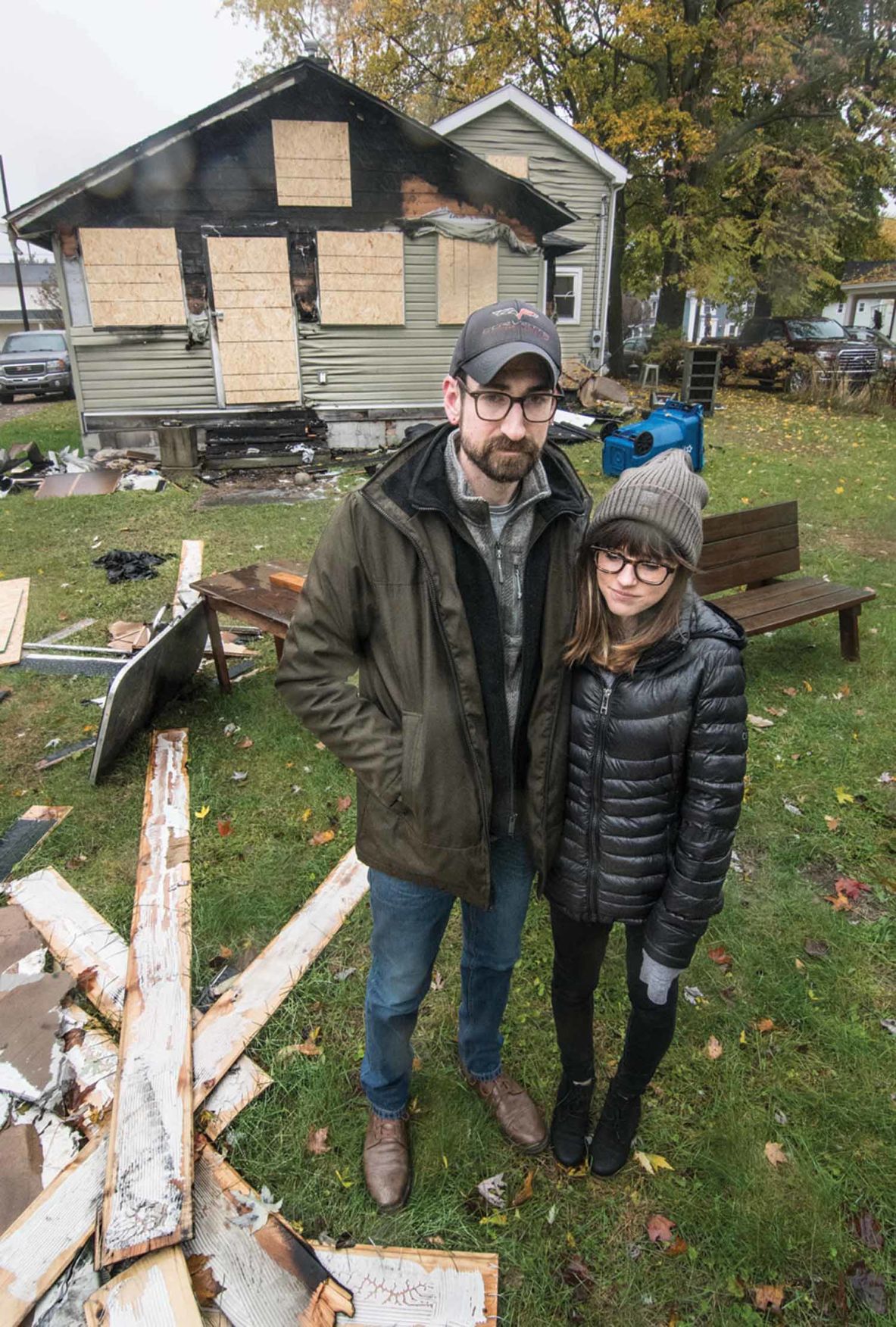 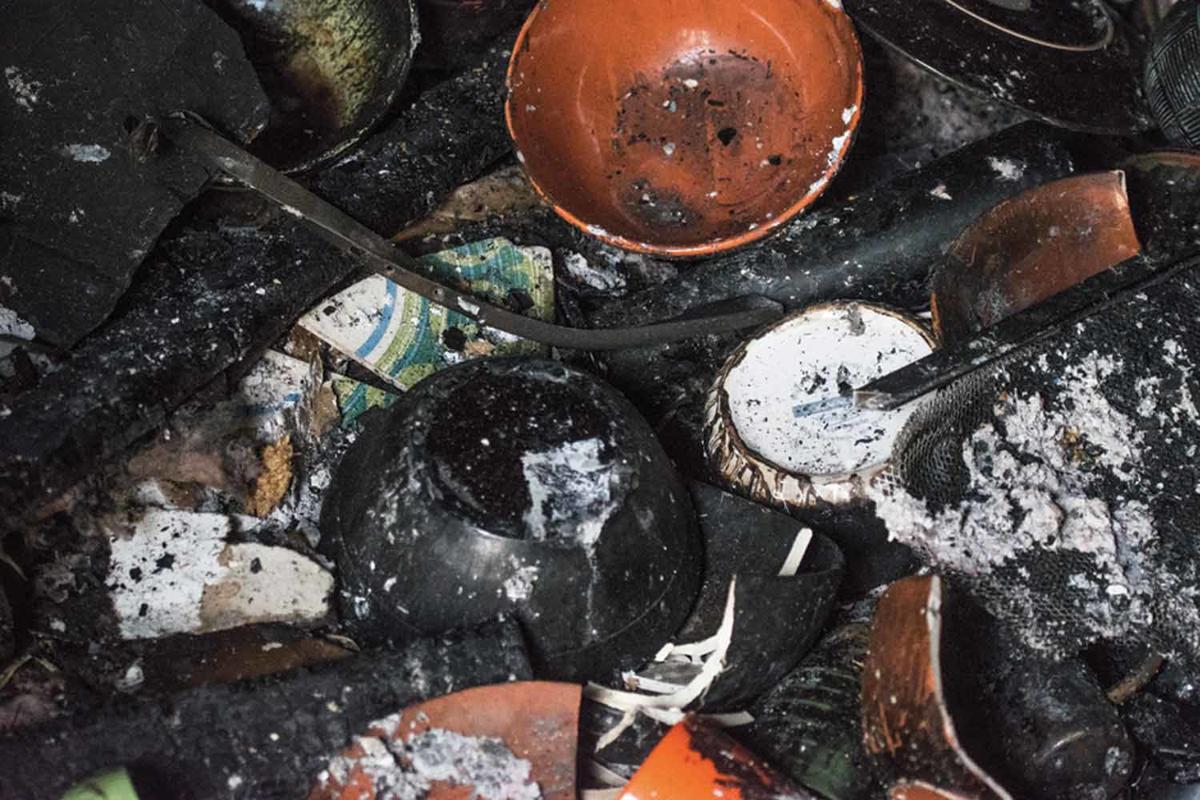 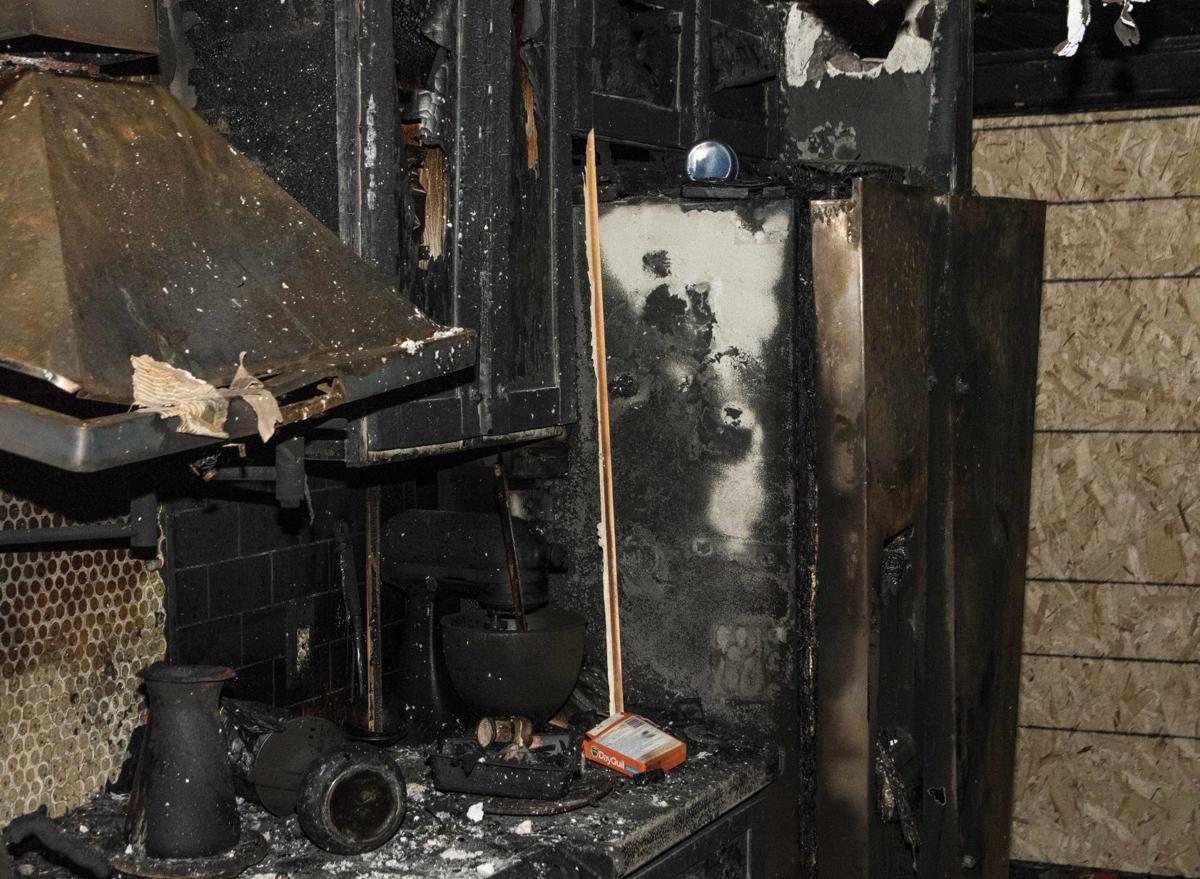 Matthew and Danielle Loiselle stand in their Linden home kitchen on Thursday, Oct. 31. They spent nine years renovating the 1926 home before it was damaged by a fire this fall.

Matthew and Danielle Loiselle lost their home and two cats. They’d like to rebuild on site.

A downed wire was hanging low to their yard for about three weeks. In that time, Matt and Danielle Loiselle of Linden said they called Consumers Energy multiple times, but the utility company wasn’t able to come out to fix the wire. Consumers Energy is conducting an investigation into the incident.

On the evening of Tuesday, Oct. 8, the couple’s internet went out and they wondered if it was caused by the downed line.

The next day, Wednesday, Oct. 9, Matt noticed that their internet cable right outside their house was burning and melting. Leaves got on top of the wire and it ignited.

“Matt kicked it out really quick, but then we heard popping and cracking and we see smoke coming out of our window unit,” Danielle said. That’s when they ran inside. “Then we see fire shooting out of the outlets. There was smoke everywhere.”

They called 911 right away, and Linden Fire Chief Brian Will was on scene before any fire trucks. The fire departments of Linden, Fenton City, Fenton Township, Argentine Township and Mundy Township assisted in putting the flames out.

Will estimated the home was 50 percent damaged.

“It was pretty bad. It was in pretty much every room,” Danielle said. “It did the most damage in our kitchen, bathroom and bedroom, and then also upstairs. Every room was pretty much destroyed.”

The couple had recently finished remodeling one half of their house and was about to remodel the second half.

“It’s just been really overwhelming. It still seems so surreal that we don’t have a house to go back to and losing our cats was really devastating, too. They were really well loved,” she said.

Their insurance company is paying for them to stay at a hotel in Brighton, which also allows them to have their dog. Their dog is okay, but the couple lost their two cats in the fire.

“We are in conversations to get a rental house or apartment right now,” she said.

The fire is still under investigation. A fire investigator is coming to the site Nov. 14 and they’re hoping to get more answers afterward.

Danielle said they plan to rebuild on the same lot and they don’t yet know if they need to demolish the remaining structure or if they work off parts of it.

In the meantime, Linden Pay It Forward has been helping the couple by donating pillows, gift cards, a dog bed and other items. Founder Denise Marks reached out to Danielle after the incident.