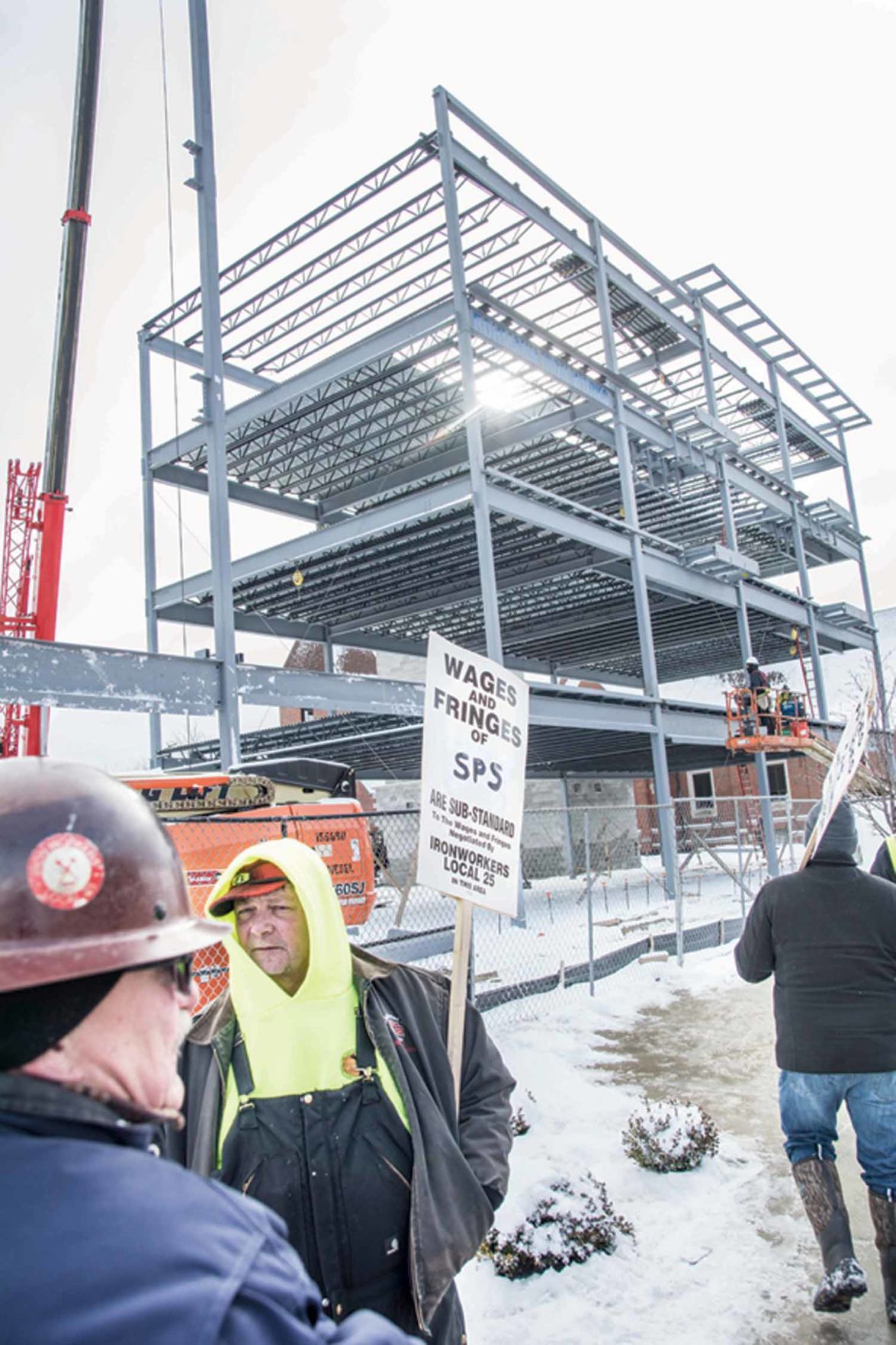 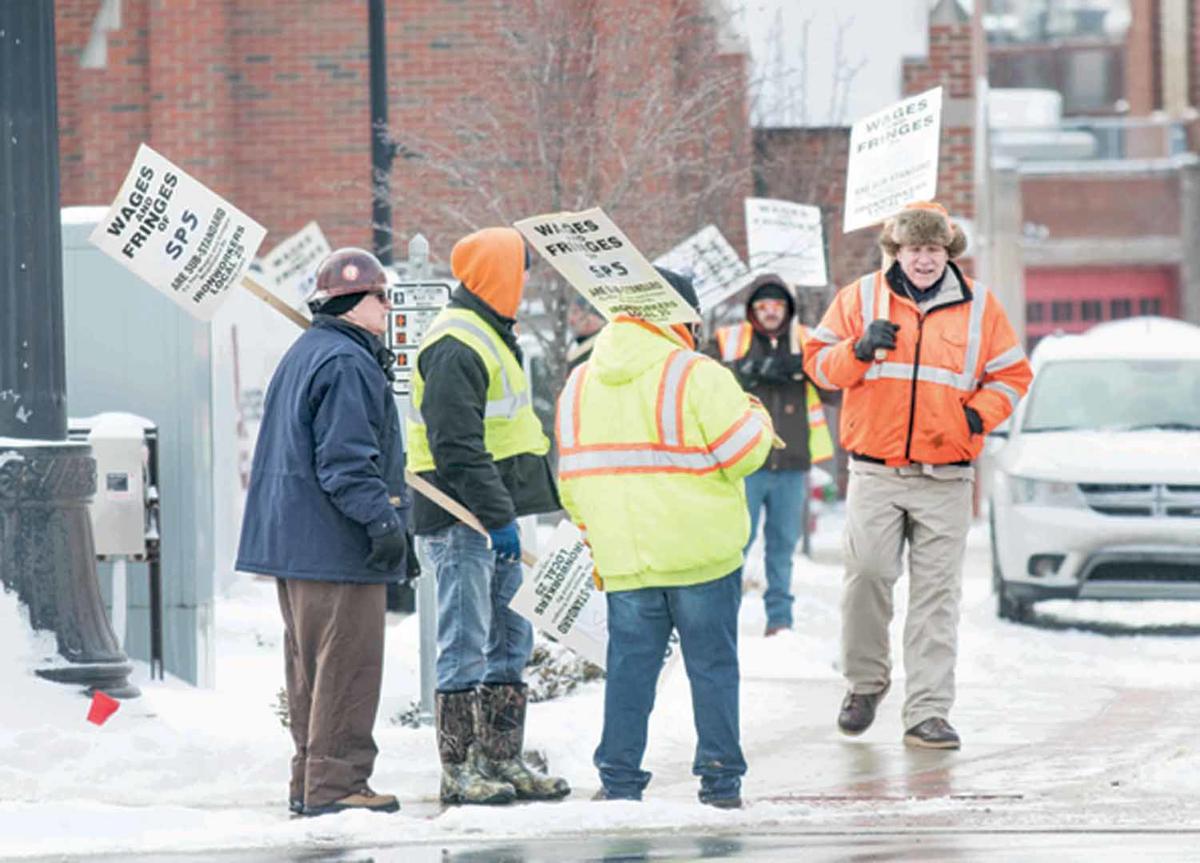 Fenton — Several days per week, demonstrators have been out at the 111 Building construction site in downtown holding signs reading “Wages and Fringe of SPS are substandard.” Demonstrators are union members of Iron Workers Local 25, picketing against the steel subcontractor Structural Precast Services (SPS.) SPS is currently erecting the frame of the building.

“These (SPS) guys don’t get good benefits; they don’t get standard wages of the local area,” said union business agent Wayne Coffell. “We’re just out here offering them better wages really.” Union members attempt to tell entering and exiting SPS workers about their union. He said they’ll be out there until the job is done. He said a handful have joined their union over the years from such practices.