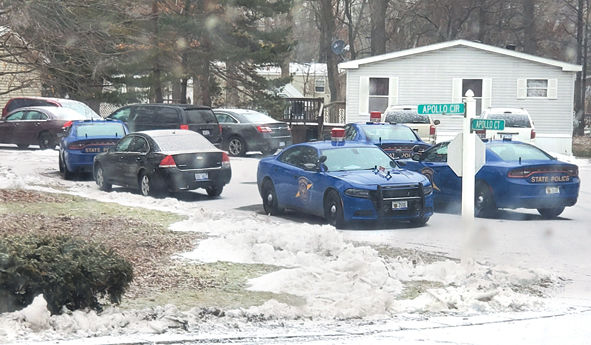 The Michigan State Police and other local law enforcement agencies executed a search warrant at the suspect’s home in Holly Village Park in Holly on Saturday, Feb. 1. 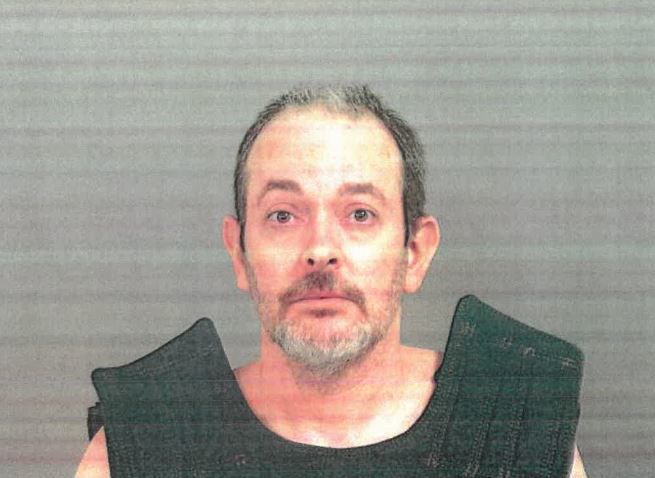 The Michigan State Police and other local law enforcement agencies executed a search warrant at the suspect’s home in Holly Village Park in Holly on Saturday, Feb. 1.

Charges include 10 counts of first degree criminal sexual conduct involving a victim less than 13 years of age, two counts of felony firearm, one count of possession of sexually abusive activity, extortion, and assault with a dangerous weapon. Bond was denied and he remains in the Genesee County Jail.

contacted, the juvenile runaway reported that he found pornographic materials involving children on his dad’s tablet. Child Protective Services was notified and the juvenile was placed with other family members.

The home was extremely cluttered and the search is going to take a long time, according to the MSP. The MSP cyber dog was used to search the residence.

There are materials in the home spanning over many years, according to the MSP. The Special Investigation Section is assisting. The male suspect is currently being detained. No further information is being released at this time.

The Holly Police Department responded to the runaway call and will be assisting MSP with this case.